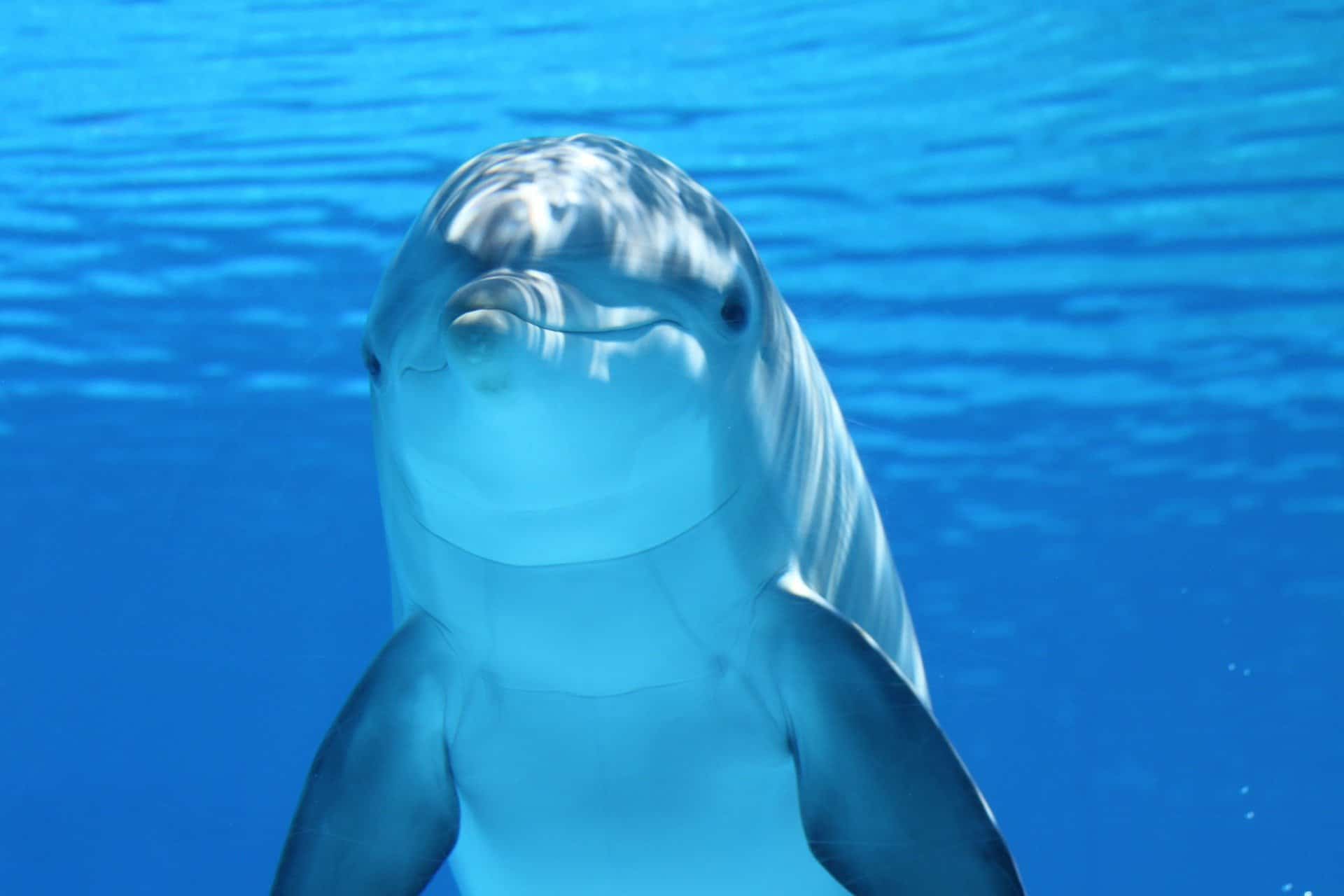 Table of Contents
01 Dolphins Range in Appearance, Size and Weight
02 Dolphins Live All Over the World
03 Twin Dolphins are Rare
04 Dolphins Hang Out in Groups
05 Dolphins Work Together to Eat
06 Do Your Part to Keep Dolphins Safe
07 Dolphins Can Live Full Lives But Have to Avoid Disease
08 Dolphins Work Hard to Breathe
09 Dolphins Might Be the Smartest Mammal Other Than Humans
10 Dolphins are Unbelievably Compassionate
11 Dolphins See with Their Clicks
12 Swimming with Dolphins Isn’t As Much Fun as You Think
13 Dolphins Love the Big Screen
14 Dolphins Don’t Interrupt
15 Dolphin Activists are Always Busy
16 Dolphins Can Drown
17 Dolphin Facts – Facts about Dolphin Summary
Quick Facts
Essential Facts
Interesting Facts

Let’s begin our interesting list of dolphin facts by describing the physical appearance of these majestic animals. Dolphins have a tight and streamlined physique that allows them to swim incredibly fast. There are over 30 species and most possess the well-known gray skin tone but there are a few species that have black stripes, spots or a unique pattern. The killer whale is actually a type of dolphin, which looks much different than the more common bottlenose dolphin. A unique feature of dolphins is that they have no hair, setting them apart from most other mammals. They are still considered mammals though because they breathe air, are warm blooded and give birth to live young.

Dolphins Live All Over the World

Dolphins do not have a traditional mating season. While there is typically a peak in the spring and fall, dolphins mate all year and are believed to be the only other mammal on the planet besides humans who mate for pleasure, but this is up for debate. The gestation period lasts anywhere from 9-17 months, depending on the species. When the time comes to give birth, the female will separate herself from her group, usually heading towards the surface of the water. Twins are rare. Usually only one calf is born and they will stay with their mother for the next three to eight years.

Dolphins Hang Out in Groups

One of the less surprising dolphin facts is that the animals are incredibly playful. Many species follow ships or tourist boats, leaping out of the water or rising vertically out of the water to check our what’s going on above the surface. Pods, or groups of dolphins, are often able to synchronize their movements, putting on quite a show for anyone watching. It is thought that dolphins swim next to ships in order to conserve energy. If you ever see one dolphin, keep looking. Dolphins live in social groups of at least five, sometimes up to a few hundred, so you’re sure to see a show.

Dolphins Work Together to Eat

According to dolphin facts, dolphins are omnivores with a diet that consists of a wide variety of foods. Their exact diet depends on their geographic location. Coastal dolphins eat more fish and bottom-dwelling invertebrates while offshore dolphins eat fish and squid. An interesting dolphin fact is that some offshore dolphins have been found with deep-sea fish in their stomachs, which suggests that these dolphins might be able to dive to more than 1,600 feet. Most dolphins work together while hunting or catching fish. They might encircle a large group of fish or herd them against sand bars or shorelines to trap them.

Do Your Part to Keep Dolphins Safe

Some dolphin species are considered endangered. While the ocean is full of danger, the most dangerous and overwhelming threat to dolphins is the human race. Statistics suggest that more and more dolphins are being executed by dynamite fishing or being caught in fishing nets. There is also the possibility of boat collisions and the dangerous side effects of marine pollution. Even noise pollution is dangerous to dolphins. The sounds of ship engines, oil drilling and navigational sonars underwater can frighten or even injure a dolphin. Some research has put the percentage of dolphin deaths directly related to man-related causes as high as 95%.

Dolphins Can Live Full Lives But Have to Avoid Disease

The most familiar type of dolphin, the bottlenose, lives about 20 years on average. Some studies have shown that dolphins can live into their 40s and 50s. There have been female dolphins documented to living past 60. This is incredibly rare though with only 1% to 2% of dolphins living to that age. A variety of diseases and parasites can shorten the life of a dolphin though, including viral, bacterial and fungal infections. They are also not immune to stomach ulcers, skin diseases, heart disease and respiratory disorders. Dolphins do have a few natural predators, including tiger sharks, dusky sharks and great white sharks.

It might surprise you to learn that dolphins do not breathe underwater. Because they are mammals, they breathe air into their lungs, just as humans do. Dolphins breath through a nostril located on the top of their heads, referred to as a blowhole. The location of the blowhole allows dolphins to breath by just exposing the top of their heads. Dolphins are able to hold their breath but breathe four to five times per minute, on average. Because dolphins can only breathe through their blowhole, their mouths are free to catch prey, which prevents water from getting into their lungs.

Dolphins Might Be the Smartest Mammal Other Than Humans

New dolphin facts say that scientists believe that dolphins are almost as intelligent as humans in certain ways. Their brains are actually larger than a human’s and the cortex has the same complicated folds found with human intelligence. It was thought for years that chimps were the smartest mammal but recent studies suggest that the dolphin might be. Bottlenose dolphins were able to recognize themselves in a mirror and even used it to check out different parts of their bodies in one study. Other studies show that dolphins have distinct personalities and can even think about the future.

Besides being smart, dolphins are incredibly compassionate. There have been many documented cases of dolphins rescuing humans. Korean scientists documented a case of an entire group of dolphins working together to save another dolphin who was dying. The dolphin was injured with red marks on its stomach. The other dolphins were helping to keep the dolphin afloat. The injured dolphin couldn’t be saved and even after it has passed, the other dolphins still kept it afloat and almost seemed to be blowing bubbles at it to start resuscitation. Other dolphins rubbed and touched the dolphin’s head and appeared distressed.

Dolphins See with Their Clicks

Echolocation is often associated with bats but dolphins also rely on it to hunt and navigate. Echolocation works by listening for echoes after bouncing high-pitched sounds off of objects. These echoes are picked up by the lower jaws and foreheads of dolphins, which have cavities filled with fatty tissues. They are then directed to the ears and to the brain where they are interpreted. This essentially allows dolphins to see with sound. By emitting high-frequency clicks, dolphins are able to determine the shape, speed, size, distance and direction of travel regarding their surrounding objects. This all helps when navigating deep and murky waters. Echolocation is one of the best defenses that dolphins have in the open water.

Swimming with Dolphins Isn’t As Much Fun as You Think

One of the most popular tourist attractions in tropical environments is swimming with dolphins. Swim-with-the-dolphin (SWTD) programs are easy to find and allow you to either swim with a dolphin or take a picture in the water with one. In recent years, many trainers have stepped forth and expressed their concerns with SWTD programs, stating that dolphins do not belong in captivity. There have been reports of excessive chlorine levels causing blindness in the animals while other suffer from psychosis, a behavior that presents itself when marine animals are held in pens too small for their needs.

Even Hollywood loves dolphins. In 1964, the television series Flipper premiered and was well received by the public. It followed Flipper, a bottlenose dolphin, and his companion Porter Ricks. Flipper helped to protect the park around his lagoon, as well as its wild inhabitants. The series ran for three seasons. Flipper was portrayed by a total of five different dolphins. There were several notable guest stars on the series, including Burt Reynolds and Martin Sheen. Flipper was nominated for two TV Land awards. It was also a spark for controversy as animal activists disagreed with keeping dolphins in captivity.

The different sounds made by dolphins have been well documented. Their communication patterns feature whistles, clicks and body postures. But a recent recording has sparked new interest in scientists. Two Black Sea bottlenose dolphins seemed to have been exchanging sounds in a way that resembled a conversation between two people in a recent recording. They took turns producing sounds and did not interrupt each other. While the scientists who conducted the recording believe that the dolphins were speaking in sentences, many others call their bluff. Either way, the advanced communication skills of dolphins cannot be ignored compared to other animals.

Marine animals in captivity have attracted quite a bit of attention from dolphin activists and they have lot to fight against. Between illegal killings in the ocean, dolphin shows, unsafe captivity and aquatic pollution, activists constantly have their hands full trying to raise awareness. But the world might be starting to listen. The killer whale, a species of dolphin, is being phased out from shows and captivity around the United States. By leaving these animals in their natural habitat, they are allowed to express themselves fully and be just as nature intended.

Because dolphins breathe by coming to the surface, it is impossible for them to sleep deep in the ocean and not drown. They sleep in two different ways. First, they can rest quietly in the water, vertically or horizontally. They can also sleep while swimming slowly next to another dolphin. Certain dolphins can also go into a deeper form of sleep at night called logging. Baby dolphins rest, eat and sleep while their mother swims. Her slipstream actually tows the baby along. A mother dolphin cannot stop swimming the first few weeks of her calf’s life because the baby will sink. 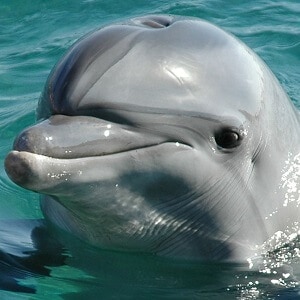 Dolphin facts tell all about these fascinating animals, including their appearance, their habitats, diet, hunting techniques and how they reproduce. Learn about dolphins in pop culture and how activists are trying to change the future of these majestic mammals.