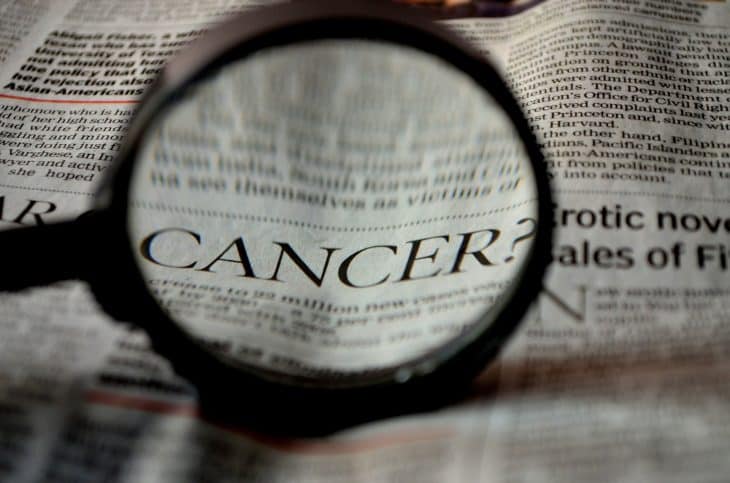 Quick Facts
Essential Facts
Interesting Facts
Table of Contents
01 Cancer Is Abnormal and Malignant Cell Growth
02 There Are More Than 100 Different Cancers
03 Almost One Fourth of Cancer Deaths Are Tobacco Related
04 Obesity and Poor Diet Are Big Cancer Factors
05 Only 5-10% of Cancers Are Due to Genetics
06 Some Viruses Can Cause Cancer
07 Cancers Are Classified By the Cell Type the Tumours Come From
08 A Healthy Diet Is Part of Cancer Prevention
09 Cancer Symptoms Can Easily Be Mistaken, Such as Weight Loss
10 Cancer Treatments Attack the Problem Differently
11 Breast and Prostate Cancers Are the Most Common
12 Pancreatic Cancer is the Deadliest Cancer, 94% Will Die within Five Years
13 Lung Cancer Kills Over 150,000 People Yearly
14 February 4 Is World Cancer Day
15 Cancer Ribbons Are Different Colours for Different Cancers
16 Cancer Stages Indicate Size of Tumour
17 Cancer Facts – Facts about Cancer Summary

Cancer is caused by malignant, abnormal cell growth. According to cancer facts, these abnormal cells are capable of invading different parts of the body and continue to grow unless their growth is stopped by treatment. They can interfere with normal organ function.

There Are More Than 100 Different Cancers

Because cancer can occur almost anywhere in the body, there are over 100 different types. Common cancers include breast cancer, colon cancer, prostate cancer, lung cancer, melanoma and bladder cancer.

Almost One Fourth of Cancer Deaths Are Tobacco Related

Evidence suggests that 22% of cancers are caused by tobacco use. Cancer facts show that around 90% of all lung cancer is tobacco related. Other tobacco-related cancers include cancer of the oesophagus, pancreas, larynx and bladder. Tobacco smoke contains more than 50 carcinogens; these are substances that have been evidentially linked to various cancers.

Only 5-10% of Cancers Are Due to Genetics

Though genetics are often touted as a leading cause of cancer, only 5-10% of cancer occurrence is due to genetics. Cancer is more frequently caused by smoking, physical inactivity and obesity. Less than 0.3% of the population has a genetic inclination towards certain cancers.

Some Viruses Can Cause Cancer

Oncoviruses are viruses that can cause cancer. Combined with cancer-causing bacteria and parasites, they account for approximately 18% of all cancer deaths. Cancer facts indicate that human papillomavirus and hepatitis B are examples of oncoviruses.

Cancers Are Classified By the Cell Type the Tumours Come From

In order to be precise when describing a cancer, cancers are classified by where they originated in the body. There are five classifications: carcinoma, sarcoma, lymphoma and leukaemia, germ cell tumours and blastoma.

Carcinomas are the most common and start in the epithelial cells. Sarcomas originate in connective tissue. Lymphoma and leukaemia relate to blood cancers. Germ cell tumours come from pluripotent cells and blastomas come from embryonic tissues.

A Healthy Diet Is Part of Cancer Prevention

Cancer Symptoms Can Easily Be Mistaken, Such as Weight Loss

At first, cancer has no symptoms. As the abnormal cancer mass grows, symptoms may appear. These symptoms are not very specific and can be attributed to many different conditions. Some symptoms, like weight loss or a cough may not be easily recognised as indicative of cancer.

Because of this, cancer symptoms can easily be mistaken for something else. Some symptoms, like lumps in breast tissue, clearly highlight a problem that needs to be checked by a doctor.

Cancer facts tell us that there are several different treatment options for cancer. These include surgery, chemotherapy, and radiation, among others. The goal of surgery is to remove the cancerous mass.

Chemotherapy aims to kill cancer cells through the use of cytotoxic anti-neoplastic drugs. Radiation uses ionic radiation to kill cancer cells. Often, treatment plans include a mix of techniques in order to best eradicate the cancer or prolong life. There are also experimental treatments available.

Breast and Prostate Cancers Are the Most Common

Pancreatic Cancer is the Deadliest Cancer, 94% Will Die within Five Years

Approximately 80-90% of lung cancer cases are due to tobacco smoke. It is one of the most preventable cancers and it is also the cancer that kills the most people. Over 200,000 people are diagnosed with lung cancer yearly and over 150,000 die from it. It is the most common form of cancer individuals die from.

The goal of World Cancer Day is to provide information. Every year on February 4, the Union for International Cancer Control encourages organisations to share information about prevention and early detection in order to help eradicate preventable cancers.

One of the most prominent cancer ribbons is the pink breast cancer ribbon. Other cancers utilise different colours to raise awareness. Brain cancer is represented by a grey ribbon, colon cancer by a dark blue, lung cancer by white, and prostate cancer by light blue. 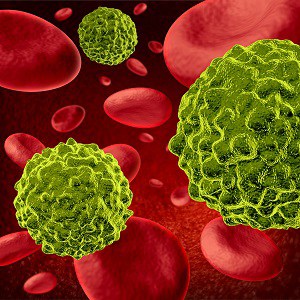 Cancer is defined as the growth of abnormal, malignant cell growth. These growths are tumours that invade different organs and affect their functions. Common treatments include radiation, chemotherapy and surgery.

The three most frequently diagnosed cancers are breast cancer, prostate cancer and lung cancer. Cancer stages inform patients about the severity of their cancer by describing the size of the tumour and how much it has spread. World Cancer Day is February 4 and aims to inform the public about prevention and early detection.