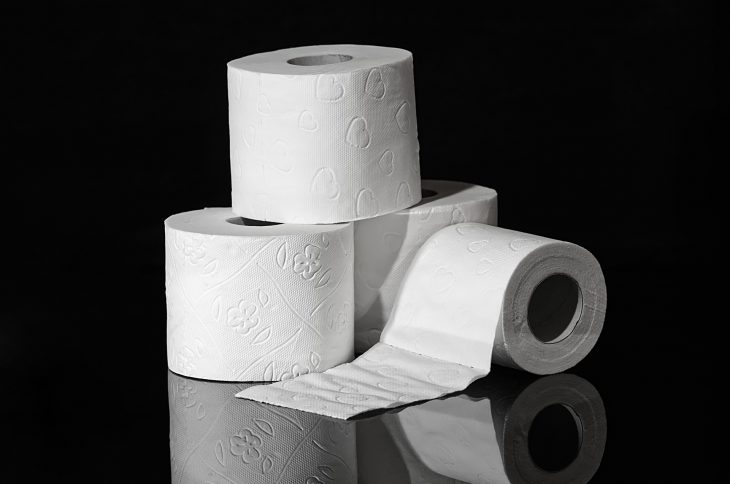 Toilet paper has been part of numerous grocery lists across the world for who knows how long. True enough, they have served purposes in and out of the bathroom that it’s almost difficult to imagine life without it. So, how did people’s lifestyle differ before toilet paper? Find the answer to that and settle the score with these toilet paper facts.

Before toilet paper, people used a lot of things to clean up.

In ancient Rome, toilets had a sponge attached to the end of a stick called xylospongium or tersorium. Communal toilets meant that the ancient Romans had to share these sponges, only soaking them in a brine solution or vinegar after use. The Romans stopped using it when diseases spread due to bacteria gathering on the sponges.

Back in the middle ages, people used an actual stick called the “grompf stick” as a wiping tool. On the other hand, the wealthy Romans would use rose water-soaked wool while French royalty used lace.

Read also: 40 Cool Things to Collect as a Hobby

This toilet paper patent solved the debate on the proper way to hang the roll.

Seth Wheeler patented rolled and perforated toilet paper on December 22, 1891. While the patent is 129 years old already, the patent’s illustration confirmed that toilet paper must go up and over.

China‘s Ming Dynasty introduced perfumed toilet paper for members of the Chinese Emperor’s family in 1391. These scented sheets measured 2 ft by 3 ft. Today, you’d notice that toilet paper is freshly-scented out of the box, which is reminiscent of China’s royal toilet paper.

Joseph Gayetty first introduced commercial toilet paper to the U.S. in 1857. Gayetty’s toilet paper was made of pure Manila hemp paper, with each sheet watermarked as “J C Gayetty N Y”. Originally, Gayetty marketed his product for medical purposes, as it contained aloe and was advertised as an anti-hemorrhoid product.

Gayetty would sell his toilet paper for a dollar per 1,000 sheets. However, his product did not take off.

Toilet paper rolls were only introduced in 1890.

Hemp toilet paper is more beneficial than it seems.

Its manufacturing process is sustainable, environment-friendly, and requires no fertilizers or pesticides. Moreover, it only takes 70 days to harvest hemp on a process that requires little water and promotes nutrients rebalance in the soil. Its fiber content is also ideal for the amount of material that toilet paper requires.

At first, people were embarrassed to be seen buying toilet paper due to its purpose.

When the Hoberg Paper company manufactured Charmin in 1928, the toilet paper game changed. The company used a logo portraying a beautiful woman to make the papers look charming – and the marketing strategy worked. Soon enough, people didn’t have to be ashamed of buying toilet paper.

Colored toilet paper was a fad in the 1950s.

Back then, people aimed to have their toilet paper match their bathroom colors in hues of green, lavender, light blue, light green, light yellow, pink, and purple.

An Australian man made the roll with 22 karat gold flakes. While the original purpose of the creation was promotional, it is still up for sale.

Launched in 2004, their perfumed, Cirque du Soleil-inspired papers come in 3-ply, in the colors black, blue, green, and red. Each roll costs $3.

Google lists the Pakistan flag as the best toilet paper in the world.

While it was odd even for the search engine company, the national flag of Pakistan tops the ranks of being the best toilet paper in the world on the SERPs. Google did not find any evidence to explain the oddity.

The toilet paper roll test is used to determine a man's condom size.

For this test, the man must insert his penis into the cardboard tube of the toilet paper roll. A regular condom is enough for those who fit without much effort. Otherwise, a struggling fit requires a large condom size.

In 1973, a joke started an actual toilet paper shortage.

The Tonight Show host Johnny Carson once jokingly claimed that there was a toilet paper shortage on his show in 1973. However, people believed him and hoarded supplies. It caused a real shortage at that time which took some stores 3 weeks to restock.

Wisconsin had a toilet paper museum until 2000.

The Madison Museum of Bathroom Tissue kept more than 3,000 toilet paper rolls from places across the world. Some of them were from Ellis Island, Graceland, and The Guggenheim. Unfortunately, the museum closed down once the last of its live-in staff moved out. As of 2008, the collection got burned down in a fire.

There was also once a virtual toilet paper museum called Nobody’s Perfect. However, its last update dates back to 1999.

Charmin once hosted a contest for toilet paper wedding dresses.

A Japanese horror novelist once printed an entire novel on toilet paper.

Not only was he famous for writing The Ring, but Koji Suzuki also printed out his novel Drop on a toilet paper roll in a public bathroom. The entire novel spans 9 chapters and runs a length of 3 feet. Definitely one of the cooler toilet paper facts.

A popular prank known as TP-ing or toilet-papering involves the use of toilet papers.

The prankers would often throw toilet paper rolls over animals, gardens, or trees to create a mess.

Toilet paper is made of 'virgin' paper.

To create virgin paper, the combination consists of both softwood and hardwood trees. Other materials used in manufacturing toilet paper include bleaches, chemicals, and water. For recycled toilet paper, the materials include ozone, oxygen, and sodium hydroxide or peroxide.

Read also: 40 Interesting Cancer Zodiac Facts That Will Surprise You

The process of making toilet paper starts in debarking at a mill.

This phase removes the outer layer of the tree, only leaving an adequate amount of wood on the tree. Then, the debarked logs undergo chipping to form a uniform size.

At one point in the process, toilet paper goes through a pressure cooker.

Part of the toilet paper making process is using a machine called a digester which takes at least 3 hours to “cook” the papers. After that, the pulp must undergo a multistage washer system and chemical process until the paper is creped. Converting machines would then unwind, slit, and rewind the papers onto long cardboard tubing to make a paper log. Finally, the paper is cut into rolls and wrapped in packages.

Both white and colored paper stock can go under a pulper to produce new toilet paper. Oxygen-based products whiten and sanitize the pulp.

Because it has more sheets, it is more economical and it also prevents plumbing from clogging.

The recessed toilet paper holder is the most permanent type among others.

Installing a recessed toilet paper holder is a final decision. The recessed holder fits inside a hole cut in the wall instead of only being attached to the wall’s surface.

The U.S. ranks as the top country that consumes toilet paper.

Its per capita average is nearly 3 rolls per week. Moreover, toiler paper consumption has increased greatly along with the growing population of conforming to the Western lifestyle.

Around 75% of the world's population does not use toilet paper.

Surprising as it may seem, the reasons vary from lack of trees in the area, insufficient plumbing, and expensive prices.

Apparently, those who hang and pull the paper from the bottom are more intelligent than those who pull it from the top. However, the patent says otherwise.

Types of Dresses You Can Wear to Different Occasions 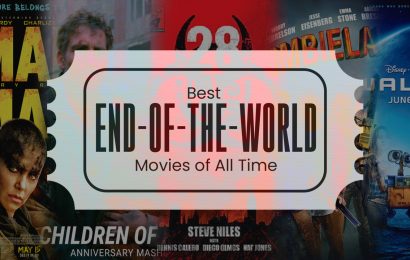 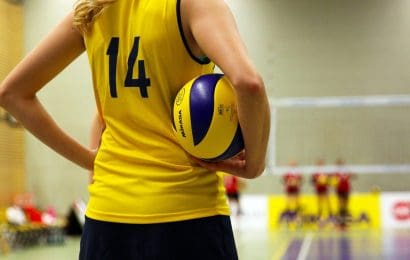 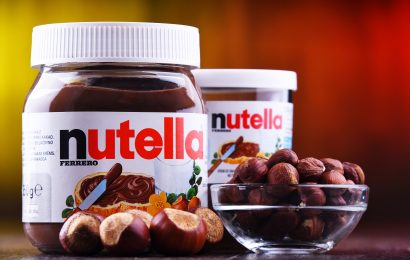 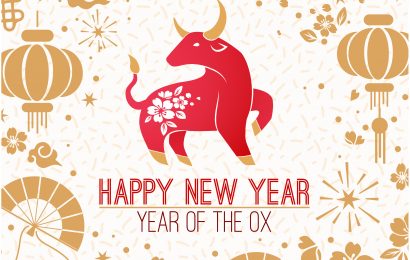 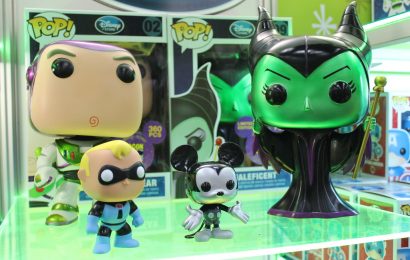 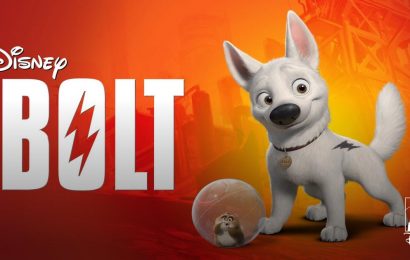 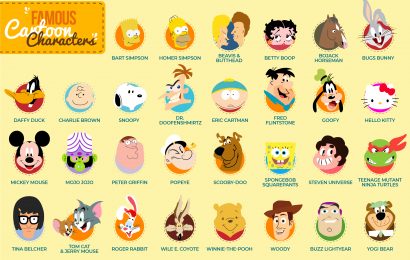 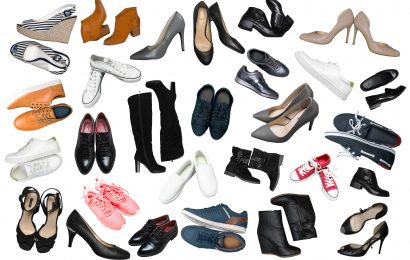 Your Fashion Guide to 45 Different Types of Shoes