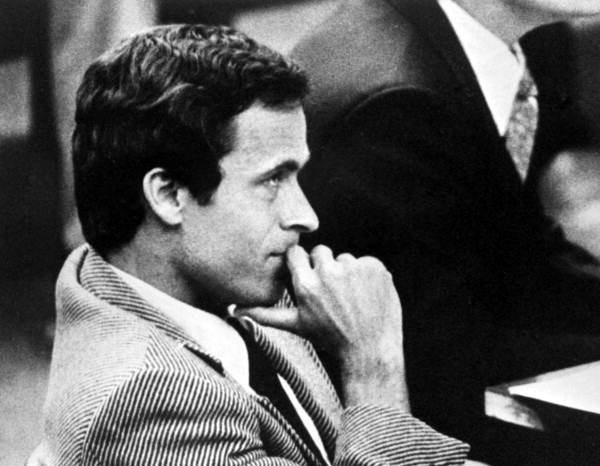 Movies and series about serial killers are always too intriguing to ignore. Among many names, Ted Bundy is by far one of the world’s most infamous serial killers. Long after terrorizing people, Bundy’s life of crime still becomes the subject of many films and releases. To this day, scientists and experts alike study his psyche and motives for his heinous acts. Find out more about the man behind the madness with these Ted Bundy facts.

Quick Facts
Essential Facts
Interesting Facts
Table of Contents
01 Ted Bundy got his surname from his stepfather.
02 Bundy had many family issues.
03 Ted Bundy did not fit in with any circle of friends when he was a child.
04 Most of Ted Bundy's victims have the same physical similarities.
05 Rumors say his grandfather may have molested Ted Bundy as a child.
06 Ted Bundy killed over 30 women between 1974 and 1978.
07 His natural charisma gave Bundy the chance to lure women.
08 Ted Bundy was a necrophiliac.
09 The heads of Ted Bundy's victims serve as souvenirs for him.
10 Ted Bundy offered to help the FBI.
11 Contractors claim that Ted Bundy's childhood home was haunted.
12 Ted Bundy claimed to come from a perfect Christian home.
13 The final victim of Ted Bundy was a 12-year old girl.
14 Ted Bundy's crimes went unnoticed until witness accounts exposed a pattern.
15 One of Ted Bundy's escaped victims helped put him behind bars.
16 A 1968 Volkswagen Beetle was Ted Bundy's luring vehicle.
17 Ted Bundy was his own lawyer during his trials.
18 Ted Bundy could have escaped his death sentence.
19 A witness in one of Ted Bundy's trails fell in love with him.
20 Experts and authors had a very distinct way of describing Ted Bundy.

Ted Bundy got his surname from his stepfather.

At three years old, Bundy and his mother moved out from his grandparent’s home to Tacoma, Washington. There, his mother met Johnnie Bundy, an army hospital cook. In 1951, they got married, with Johnnie adopting Ted and giving him his last name.

From there, Bundy’s name legally changed from Theodore Robert Cowell to  Theodore Robert Bundy – or simply Ted Bundy. Unfortunately, they did not get along, as the young Bundy always wanted finer things that his step-father couldn’t afford.

Bundy had many family issues.

Compared to the rest of his family, Bundy had the best relationship with his mother. However, Bundy expressed that he always had a feeling of being unloved upon his capture. When his mom married his stepfather, she had 4 more children, which might have caused Bundy to get a feeling of abandonment. His illegitimacy may have also led him to grow resentful towards his mother in his younger years.

Ted Bundy did not fit in with any circle of friends when he was a child.

According to childhood friend Sandi Holt, Bundy always got teased as a boy because of his speech impediment. As a result, Bundy never really fit in as a kid. Although he was an average athlete, he never made it to any of the varsity tryouts in high school. That said, Bundy spent most of his childhood and formative years as a loner.

Most of Ted Bundy's victims have the same physical similarities.

In college, Bundy dated Stephanie Brooks, whose real name is Diane Edwards. They fell in love for a brief while, but Brooks broke up with him due to his crazy streaks, lack of ambition, and immature ways. Later on, reports show that his victims all had the same physical appearance as that of his ex-girlfriend. Tragically, all were white females aged 15-25 years with long, brown hair.

Rumors say his grandfather may have molested Ted Bundy as a child.

Psychiatrists who took part in the case of Ted Bundy said that such actions and doings can only occur to those who were seriously traumatized when they were kids. They may have also been grave victims of abuse or they may have seen extreme violence from family members. With this, experts have suggested that his grandfather Simon Cowell could have molested him as a child.

Aside from his raging temper, Cowell also had an obsession with pornography. Sources reveal that as a child, Bundy was shown a large collection of his grandfather’s pornography paraphernalia which also includes violent sex acts.

Bundy himself told authorities that his first attempt in the kidnapping was in Ocean City, New Jersey in 1969. However, he did not kill anyone until the year 1971 in Seattle. While he admitted to killing 30 women, reports show that he might have killed at least 90 to 100 women through these years.

Throughout his trials, Bundy always hinted stories of the women that he killed, but never elaborated on the details. To this day, authorities still haven’t identified these unknown victims.

His natural charisma gave Bundy the chance to lure women.

Many of those who knew him described Bundy as  a handsome and charismatic gentleman. He used these traits to win his victim’s trust and to eventually exploit them. His admission for the killings also revealed that because of his repeated acts, he has already mastered the vital skills needed for him to escape incriminating evidence. Since his time preceded DNA profiling, Bundy escaped a lot of sticky situations.

Ted Bundy was a necrophiliac.

In his admission to authors Hugh Aynesworth and Stephen Michaud, Bundy claimed to revisit the places where he kept victims’ bodies. Upon revisiting them, Bundy wold groom the bodies then perform sexual acts with the dead women. He would only stop when the decomposing corpses have already been ravaged by wild animals.

The heads of Ted Bundy's victims serve as souvenirs for him.

In one of his trials, Bundy admitted to photographing the corpses of his victims. More disturbingly, he decapitated 12 of his victims’ heads and kept them as souvenirs as reminders of his “hard work.”

After he got convicted, Bundy helped the police catch Gary Ridgway,  also known as the Green River Killer. The police located Ridgway after Bundy’s analysis of the killer’s motivation and psychology. Bundy advised the investigators to wait for the killer to return to a fresh grave, as he will most likely visit the place again. More interestingly inspired the 1991 thriller movie, The Silence of the Lambs.

In September 2016, Extreme Contracting got a remodeling job for Ted Bundy’s childhood home. During work hours, workers claimed to hear knocking on the door and jingling of the doorknobs inside the house despite being the only ones there. Throughout the 7 months of remodeling, the staff experienced at least 30 strange occurrences. Allegedly, they even found notes written in the basement dirt and sawdust reading “help me” and “leave”.

Ted Bundy claimed to come from a perfect Christian home.

In most of Bundy’s interviews, he would often portray his home life as a perfect and good-natured Christian family. Although the family practiced Methodist faith, experts have enough reasons to believe that a lot happened behind closed doors. Since they were very conservative, when his mother got pregnant, Ted became a bastard son. As a result, Bundy grew up thinking that his grandparents were his real parents, which may have also affected his viewpoint on things.

The final victim of Ted Bundy was a 12-year old girl.

On February 9th, 1978, Bundy kidnapped and murdered 12-year old high school student Kimberly Leach. According to witnesses, Bundy led the girl toward his vehicle. Upon investigation, authorities recovered the girl’s blood, clothing, and skin fiber from his van. This grisly murder eventually earned him the electric chair.

In 1974, multiple dead bodies turned up in the Seattle area. During that time, authorities made no connection between the strange disappearances and murders. However, it changed when witnesses described a man in a cast that they frequently saw at Lake Sammamish Park.

They observed the man ask random women for help with his car. The pattern became too glaring when witnesses started sharing the same details over and over again. The disappearances of Denise Naslund and Janice Ott led to the breakthrough of this pattern.

One of Ted Bundy's escaped victims helped put him behind bars.

In 1975, several of Bundy’s escaped victims managed to identify him in a police lineup. Particularly, the 18 year-old Carol DaRonch served as the key to putting the serial killer in prison when she identified and testified against him.

Although unsuspecting, Bundy used a modified Volkswagen Beetle to lure in his victims. Disturbingly, the car had no handle on the passenger side that would allow someone to go out. Similarly, the front seat of the car was also removed. Today, Bundy’s Volkswagen sits on display at the crime museum of Alcatraz East.

Ted Bundy was his own lawyer during his trials.

Although he studied law, Bundy did not become a licensed lawyer. Despite this, he still chose to represent himself during his trials. Bundy believed that his lawyers were unfit to do the job, as they were already convinced that he was guilty. He seemed to enjoy all the publicity and the role that it brought. It even gave him the thrill that he was fighting for his life in a trial for the death sentence.

Ted Bundy could have escaped his death sentence.

Contrary to popular belief, Bundy’s death sentence could have been avoided. The authorities offered him a plea bargain of 75 years in prison if he confessed to the murders of Kimberly Leach and 3 other girls. Bundy rejected the bargain, opting instead for the electric chair.

According to one of his defense team members, Mike Minerva, Bundy could just not admit in front of the whole world that he was guilty. In the end, he chose his pride over his life.

A witness in one of Ted Bundy's trails fell in love with him.

Carole Ann Boone was a witness to the trials of Bundy. They met as co-workers in Washington, but they developed feelings for each other during the trials. With that, Bundy asked Carole Ann to marry him while she was standing as a witness and Bundy defended himself as his own lawyer. Surprisingly, Boone said yes. She even gave birth to their daughter just over a year after Bundy was sentenced to death.

Experts and authors had a very distinct way of describing Ted Bundy.

Biographer and thriller writer, Ann Rule, described Ted Bundy as a sadistic sociopath who took so much pleasure from the pain of other human beings. She also claimed that it gave him utter satisfaction to control the life of his victim.

Before Bundy’s death, he once said that he’s the most cold-hearted and heartless person anyone could ever meet. This was backed up by the defense team attorney, Polly Nelson, who described him as the definition of pure and heartless evil.