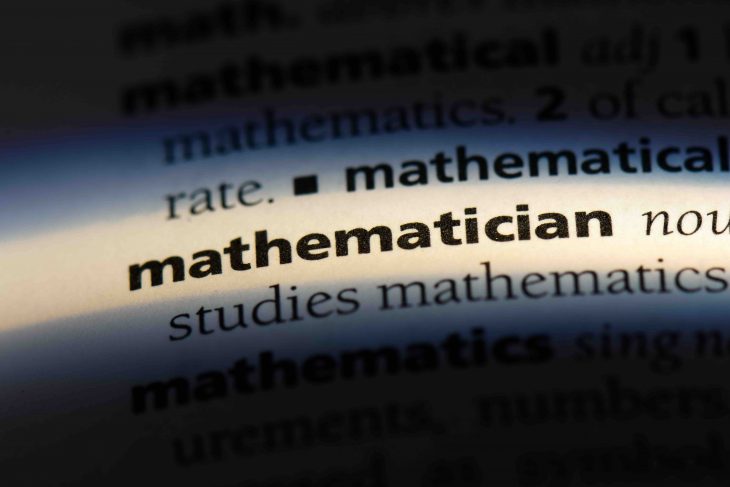 Mathematicians get very minimal recognition for the work that they do. Their contribution to history created a big impact on the world, but most people don’t know who they are. But we will change that and honor the world’s most brilliant minds on this list. What people do not know is that even before engineers can make advancements in technology or scientists can develop formulas and medicines to cure, they first throw several equations. Thanks to the concepts laid out by these famous mathematicians, scientists can now do their important work. You might disagree but mathematics plays a big role in changing the world, one solution at a time.

This list of famous mathematicians would not be complete without mentioning Sir Isaac Newton. His life was dedicated to studying scientific methods, calculus, physics, and universal gravitation. Through his work, we now have Newton’s Law of Physics. Even those who are outside the scientific community are aware of this. With his impact and contribution to modern physics, he became known as the light of the Scientific Revolution.

Mathematics is not everyone’s cup of tea. Some students dread the sight of numbers. It becomes even more intimidating when numbers are added. But calculators make the burden light. Thanks to the genius mind of Blaise Pascal, the mechanical calculator came into the picture. He was a French mathematician and the inventor of the hydraulic press and the roulette wheel. The list does not only end there as Pascal was also the first to clarify the concept of vacuum and pressure.

Are you familiar with Euler’s formula? This Swiss mathematician spent his life developing that trigonometric equation. Through his work, he was able to establish the concept of function. Euler was a famous mathematician in his generation because he was the first to assign the letters in an algorithm. The “e” means the base, “i” as the imaginary unit, and sigma as a symbol of summation. His contribution to the world of mathematics is quite profound.

The work of this Scottish mathematician paved the way for the world’s first colored photograph. His main field is the classical electromagnetic theory which combines magnetism, optics, and electricity. Through his life’s work, he was able to connect electromagnetism and light and this has been one of physics’ greatest accomplishments. We could not question why Albert Einstein framed Maxwell’s photograph beside Isaac Newton and Michael Faraday. He deserves the spot.

Who would have thought that a Presbyterian minister could lay the groundwork for one of the most important predictions in the world? Bayes’ Theorem gives an avenue for computation through conditional probabilities. With that, predictive statistics was born. It’s essentially the interpretation of what can be said about a state without an absolute result.

If not for Laplace, the groundwork for systematizing probability theory would not be laid out. His work was important for the development of statistics which we now know as Bayesian statistics. We also give credit to his works in mathematical astronomy and the study of speed and sound. With his fascination with astronomy, Laplace was also one of the first people to propose that black holes exist.

Popularly known as the “Father of Computer”, this English inventor and a famous mathematician were the first to propose inventing a mechanical computing device. Although he was not able to complete his project, his work inspired many in the field. Despite funding problems, his designs and ideas were sound and work was underway to continue what Babbage has started. If not for this mathematician’s vision, we would all still be writing through pens for 100-page essays and research.

The first computer programmer in the world was a countess. She was Lord Byron’s daughter. Lovelace was Babbage’s correspondent while he was busy building analytical engines for the first computer. She likes to describe herself as an analyst. True enough, Babbage coined her as an “Enchantress of Numbers.” Even though she died at 36, the notes and translations that she had are still one of the foundations of today’s computer programming.

History would never forget the person who broke the World War II code. This British mathematician is known as the “Father of Computer Science”. Turing’s work did the groundwork for the computers and laptops we are now using. Not only that, he was the first to devise a technique to break the code of the German Enigma during World War II.

His method allowed them to read almost all German communication through an electromechanical machine. Turing’s role was one of the most important parts of the Battle of the Atlantic for the Allies. Not only is he one of the most famous mathematicians in the world, but Turing is also an unsung hero.

A leader in the field of Mathematics, David Hilbert is one of the most famous mathematicians of all time as he’s known to be the patron saint of math teachers. Aside from his contribution to the discovery of functional analysis, the proof theory was also a product of his work.

In 1900, he created a legendary collection of unsolved problems. These problems became the 20th-century syllabus for the field of mathematics. By doing so, Hilbert sparked motivation in generations of mathematicians.

In addition to the invention of Pascal’s calculator, Leibniz added division and multiplication functions. Historians say that he was always a shadow of Newton even though he independently invented the infinitesimal calculus. Through his work, he was able to refine the binary number system which enabled the development of the digital computers that we now know. He is known to be a notorious optimist and he likes to have the best in everything.

The primary book for mathematics in the early times until the 19th century comes from Euclid. He was an ancient mathematician from Greece during the time of Ptolemy I in 323-283 BC. Euclidean Geometry and elementary mathematics are all thanks to him. Also, he was the very first mathematician to formalize mathematical proofs. It’s important in today’s world as it was the primary method in the disciple of mathematics.

Only a few mathematicians will come close to Lagrange’s contribution to the field of mathematics. He was essentially the first to create the science of partial differential equations. Lagrange did it from 1772 to 1785 but it’s still important in today’s science. It is used to model sound, electrodynamics, heat, and many more. Not only that, but he also made a simpler formula to Newton’s classical mechanics. Because of his immense legacy, his final resting place was in the Pantheon, a national tomb reserved for great Frenchmen.

Easily one of the most famous mathematicians of all time is John von Neumann. He was the first to develop the concept of a digital computer. Aside from his widespread contribution to pure mathematics, he also did a lot of great work in the world of applied fields. During the Cold War, he was the first to propose the idea of a Mutually Assured Destruction and the self-replicating automata which were key to vital improvements. Also, he was the first developer of a digital computer.

The Gaussian distribution is a central and vital element for modern-day statistics. It’s also known as the bell-curve normal distribution which was formulated by no other than Carl Friedrich Gauss himself. Growing up, he was a child prodigy and his name is still a big part of the equations that we now have. In 1883, he also co-designed the very first electromagnetic telegraph.

We all know the very popular “Pythagoras’s Theorem”. His theorem talks about the concept of right-angled triangles. Known to be a vegetarian and a mystical leader, this Greek mathematician was in love with numbers. This is mainly because he lived in a time where numbers were worshipped. Pythagoras‘ work is essentially the birth of mathematics as we now know it.

In the olden times, women were not given much credit for the work that they do. But Katherine Johnson was different. This American mathematician figured out the math on where the spacecraft can orbit in the moon. The National Aeronautics and Space Administration (NASA) used her calculations to send astronauts to the Moon and bring them back, too.

Her work was critical for the very first U.S. space flights. It also paved way for the many trips to space through the years. And with that, she deserved to be a part of this list of famous mathematicians.

This German mathematician, astrologer, and astronomer was a key figure in the scientific revolution of the laws of planetary motion. According to him, there are three laws to consider in a planetary motion. Through his work, Newton’s universal gravitation theory had a solid foundation. Additionally, he was also vital in the field of optics. Kepler was able to invent a better version of the Keplerian or refracting telescope.

Germain had a revolutionary background. Aside from being a philosopher, physicist, and mathematician, this French woman fought against social prejudices in her era. The rules of the society hindered her from freely doing what she desires, not to mention the opposition of both her parents. But Germain was willing to learn. She got her education through books and correspondence with famous mathematicians like Gauss and Lagrange. She is known for her work in number theory as well as elasticity theory. Today, she is one of the most celebrated mathematicians of all time.

He was an Indian mathematician who had remarkable contributions in the theory of numbers, infinite series, continued fractions, and partition function. Although he had no formal training in the field of pure mathematics, he still was able to include solutions in mathematical problems that are deemed to be unsolvable. Ramanujan was born during the rule of the British in India but that did not stop him from learning. Most of his papers and research are in European and English journals.