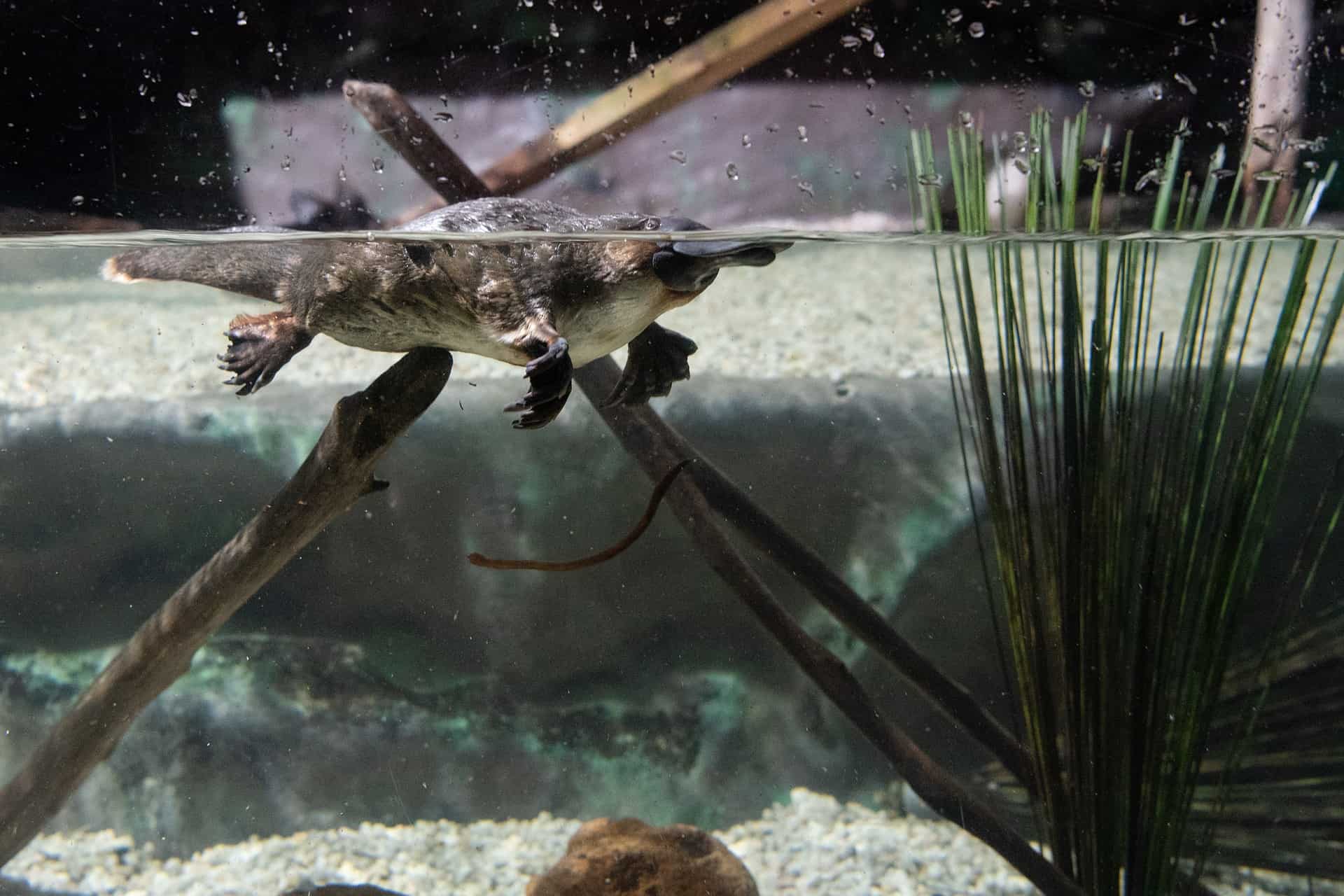 Quick Facts
Essential Facts
Interesting Facts
Table of Contents
01 Platypus Facts Infographics
02 The Platypus Is One of The Most Unique Animals on Earth
03 There Is No Universal Term for the Plural of Platypus
04 The Male Platypus Has a Built-in Weapon
05 The Platypus Is Waterproof
06 Platypuses Find Their Food by Electrolocation
07 Platypuses Are Carnivores with Big Appetites
08 The Female Platypus Lays Eggs
09 Platypuses Have Unique Eyes
10 Platypuses Live In Freshwater Habitats
11 You Can’t Take Your Pet Platypus For a Walk
12 The Tasmanian Platypus Might Be in Trouble
13 The Platypus Was Introduced to the Public in a Magazine
14 If You Don’t Live in Australia, You Will Never See a Platypus
15 You Can Mail a Platypus
16 You Can Beat a Platypus in a Foot Race
17 A Female Platypus Sweats Milk
18 A Platypus Doesn’t Have a Stomach
19 Platypus Facts – Facts about Platypus Summary 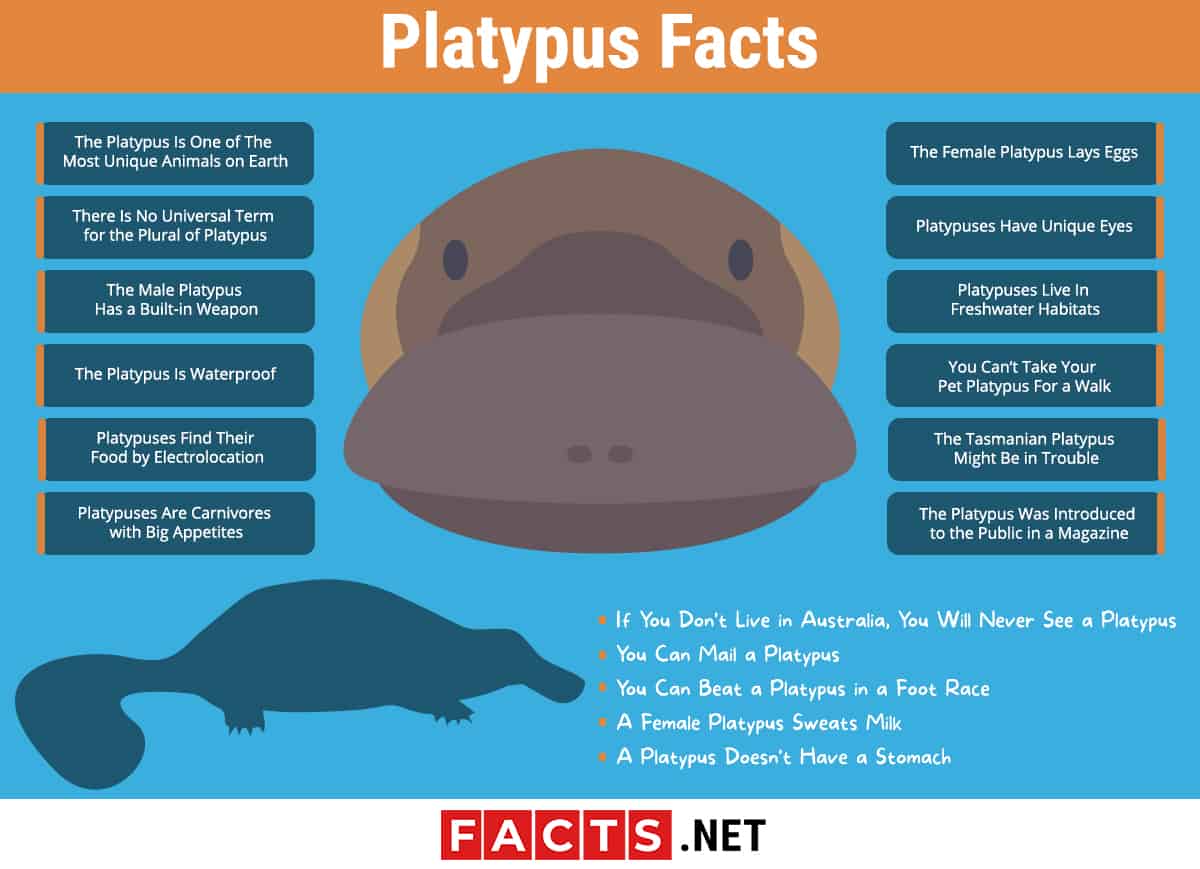 The Platypus Is One of The Most Unique Animals on Earth

Platypus facts tell us about the first encounter with the animal by Europeans in 1798. The pelt and a sketch were sent back to England where British scientists originally thought that the animal pictured was a hoax and that someone had sewn two animals together. The pelt was thoroughly examined for stitches to be sure. The platypus is definitely unique, with a bill that resembles a duck’s, a tail that resembles a beaver’s, and fur and skin that is like that of a land dwelling mammal.

There Is No Universal Term for the Plural of Platypus

Despite the never-ending rules of the English language, there is no universally agreed upon term to describe a group of more than one platypus. Many scientists use “platypuses” or just “platypus”. Some have used the term “platypi” but this is technically incorrect and can be classified as a form of pseudo-Latin. “Platypodes” would in fact be the correct Greek plural term. The common name of the platypus often includes “duck-billed” in front of it. This distinguishes the modern platypus from its extinct relative, the Riversleigh platypus.

The Male Platypus Has a Built-in Weapon

One of the more interesting platypus facts is that the male has a venomous spike on its back foot. It contains enough poison to cause severe pain in humans. The animal uses this spike for self-defense, and it is believed that the amount of poison increases during the breeding season, meaning that the spike is also used to exert dominance. The spike is used to defend the animal from some of its main predators, including foxes, snakes and crocodiles.

The Platypus Is Waterproof

One of the more fun platypus facts is that these animals, who spend most of their time in the water, are able to keep themselves dry and warm. Their tail is covered with dense fur that is able to trap a layer of insulating air that keeps the animal warm, despite the water temperature. The tail also stores fat reserves. Their fur is waterproof and may remind some of the skin of a mole. Platypuses also have a lower average body temperature (90 degrees Fahrenheit rather than 99 degrees) that scientists believe the animals adapted over years of living in harsh environmental conditions.

Platypuses Find Their Food by Electrolocation

Electroreception is the biological ability to perceive natural electrical stimuli. It is common in aquatic animals but is also observed in bees and cockroaches. Platypus facts tell us that this is how the animals find their food, with electroreceptors located in rows in the skin of the bill. The animal is able to determine the direction of an electric source, which helps to point them in the direction of food. A platypus does not feed by sight or smell, and actually closes its eyes, ears and nose when it dives below the water’s surface. It relies completely on its electrolocation ability.

Platypuses Are Carnivores with Big Appetites

Platypus facts tell us that the animals are carnivores but they are opportunistic eaters. They feed on worms, insect larvae, freshwater shrimps and freshwater yabby. The platypus digs the food out of the riverbed with its snout or catches it while swimming through streams and lakes. It uses pouches in its cheeks to carry the prey to the surface, where it is then eaten. A platypus spends around 12 hours a day looking for food and needs to eat the equivalent of about 20% of its body weight in order to survive.

Platypus facts tell us about their unique reproduction traits. They are only one of two types of mammals that lay eggs instead of giving birth to live young. Their breeding season is between June and October, the winter months of Australia. The female constructs a deep burrow and fills it with wet leaves to serve as bedding. The female will then lay an average of two leathery eggs. They will hatch in about a month and the platypus babies are born hairless and blind, making them extremely vulnerable to predators.

The platypus has very small eyes and does not use them when it is underwater. Their eyes contain double cones, which is not common in mammals. Instead, research suggests that their eyes are more like those of aquatic animals, including the Pacific hagfish. Scientists believe that the platypus evolved and developed their electrosensory system at the cost of their vision and have adjusted to a life in the water and keeping nocturnal hours. The animals depend very little on their eyesight, making their aquatic lifestyle even more impressive.

Platypus facts tell us that the animals live in freshwater, mostly in small streams and rivers. They cover an extensive range and can be found in colder areas of Tasmania and the Australian Alps but also in tropical rain forests in Queensland and Cape York Peninsula. They have disappeared from areas where they used to be found in abundance, including South Australia and the Murray-Darling Basin. This could possibly be due to the declining quality of the water in these areas.

You Can’t Take Your Pet Platypus For a Walk

The platypus is a protected, native Australian animal. It is illegal to have the animal as a pet anywhere in the world, even Australia. It would be incredibly difficult to provide the conditions that the animal needs to survive. They are very sensitive to ecological changes and their habitat could not be reproduced in your home. It is very difficult for a zoo to be permitted to keep platypuses as well. Unfortunately, this doesn’t stop people from illegally selling and owning the animals, though.

Platypuses in general are not susceptible to many diseases. However, there is public concern in Tasmania about the possible devastating impacts of a disease that is caused by a fungus. It only affects Tasmanian platypuses, with no cases being reported in Australian platypuses. Symptoms included skin lesions or ulcers on the body, which can lead to serious infections and eventually death as the animal is unable to maintain the correct body temperature. Scientists are currently working hard to find a way to stop the disease from spreading.

The Platypus Was Introduced to the Public in a Magazine

Most of the world was unaware of the platypus until 1939 when National Geographic magazine published an article on the animal with the goal of raising awareness about the efforts to study and raise it in captivity. This was difficult to do because of the need to simulate their natural habitat. A stream was built into a tank at the Healesville Sanctuary, where breeding of the animal in captivity was successful in 1943. Similar stream tanks have been built in zoos. The Taronga Zoo in Sydney bred twin platypuses in 2003, and again in 2006.

If You Don’t Live in Australia, You Will Never See a Platypus

Platypus facts will give you the sad news that you can’t go to the zoo to see a platypus. There are only seven wildlife sanctuaries in Australia that have the means to display platypuses. There are absolutely no platypuses in captivity outside of Australia. There have been attempts to bring the animals to the Bronx Zoo, in 1922, 1947 and 1958. However, only two of the three animals that were introduced in 1947 survived longer than a year and a half.

You Can Mail a Platypus

The platypus has been featured several times on Australian postage stamps and coins. The earliest stamp was issued in 1937 and the animal reappeared in the 1960-64 Australian Native Animal Series. Decimal currency was introduced to Australia in 1966 and an embossed image of a platypus appeared on the tails side of the 20-cent coin, designed by Stuart Devlin. The platypus is also a frequent character in children’s books, television programs and songs. It was also featured as the mascot for a public transport smart card in Japan.

You Can Beat a Platypus in a Foot Race

Platypuses are completely capable of surviving on land but unfortunately walking is very difficult. The animal finds the act very awkward, and, even though it has feet, they are webbed, like those of a duck, and make walking very slow and tedious. Most people say that it looks as if the animal is walking on its knuckles, which may be because of its long nails that it uses for digging for shelter and food. If a platypus is out of water, it will most likely be in a burrow, sleeping.

Platypuses are already different than most mammals because they lay eggs, but they also feed their young differently. While they still feed their babies milk, a female platypus does not have nipples that protrude. Instead, they are equipped with “milk patches”. The platypus still produces milk but instead of the young directing the milk out, it secretes out through the skin where the platypus babies can simply lap up the milk. One of the stranger platypus facts is that even though the babies are drinking milk, they are born with a full set of teeth.

A Platypus Doesn’t Have a Stomach

The stomach is used by other animals to break down food and aid in digestion, but a platypus is able to get by without one. While scientists believe that the platypus evolved from an animal who had a stomach, somehow it didn’t develop one itself. Instead, the platypus has an intestine and esophagus that connect together, eliminating the need for the stomach to digest the food before it enters the last part of the digestive tract. Scientists believe that the platypus is stomach-less because its diet doesn’t include foods that require the typical complex digestion. 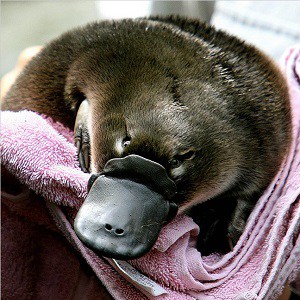 Platypus facts are full of fun and interesting insights into this unique animal. Information includes their reproduction habits, what they eat and how they find it, and whether or not you can acquire your own pet platypus. Learn all about this one-of-a-kind animal that is so unusual it was thought by many to be a hoax when it was first discovered.