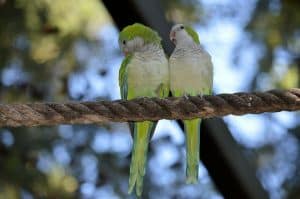 As their name suggests, love birds have often been used to symbolize undying devotion. For a bird that may literally die without its mate, it only makes sense that love birds represent this emotion. However, there’s more to them than being mates cuddling on a perch. Especially if you’re considering getting them as pets, love birds have unique behavior that you may not know of. Find out more about these animals with these facts about love birds.

Love birds always sit next to each other.

True to their namesake, love birds would only sit next to their mate – you won’t see them hanging around any other bird. Not only that, but love birds only mate once in their whole lives, unlike other animals. Once a member of a mated pair dies, the remaining bird will never mate again.

Love birds will mate many times to make sure the female will lay as many viable eggs as possible. Usually, it takes a female specimen between 3 to 5 days after her last mating to start laying eggs. Before she lays them, she’ll spend hours sitting in her nest, but she’ll only lay one egg every other day until she’s laid the whole clutch. Typically, a clutch of love bird eggs usually has between 4 to 6 eggs.

Some love birds become very aggressive in the mating season.

This usually happens in captivity, resulting from the smaller flying space and less access to food compared to the wild. As such, it’s not unusual at all for love birds to kill other birds to remove competition during mating season. Sometimes, they might even kill their own mates after they finish laying their eggs or within 3 weeks.

In the wild, they live in flocks that can number up to several hundred birds. Even in captivity, they still prefer to live in flocks, though much smaller, usually around only 20 birds at most. Scientists have even observed love birds growing depressed over getting separated from their flock.

This avoids the problems caused by catching them in the wild, which separates them from their flock. It also allows for more available options for customers wanting to buy a love bird as a pet, as breeders can produce specimens with greater variety than in the wild.

Keeping a single love bird as a pet can get problematic.

Like we said earlier, they’re a social animal, even without facing the problems of separating them from their flock. Owners must spend several hours a day playing with or just staying around their pet to keep the love bird healthy. Neglected birds could develop psychological problems like plucking their own feathers or just screaming for attention.

Since they’re technically parrots, this shouldn’t come as a surprise. However, it’s very rare for love birds to develop this ability. Even then, they usually have to be trained to do so from a very young age to be able to “talk.”

Their nails naturally wear away and stay at a healthy length from the love bird’s daily activity. That said, this doesn’t apply to birds with inactive lifestyles, who need to have their nails regularly trimmed. You have to be careful with trimming a love bird’s nails, because cutting them too short could cause bleeding or even infections.

Love birds can be picky eaters when in captivity.

Their basic diet includes a mix of seeds, grain, and nuts, including either fresh or dried fruits and vegetables. For best results, professionals suggest adding another 30% of organic feeding pellets into the mix.

Love birds can find dangers all over the average home.

Cats and dogs, especially, might see love birds as potential prey, and attack them as a result. The birds might also chew or scratch at exposed wiring, which could end with the unfortunate love bird suffering death through electrocution. It’s also not unknown for them to drown in swimming pools or even toilet bowls. They can also get poisoned from ingesting household chemicals or even just breathing in certain fumes. 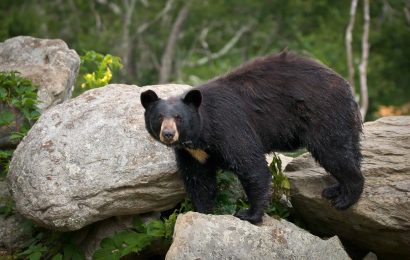