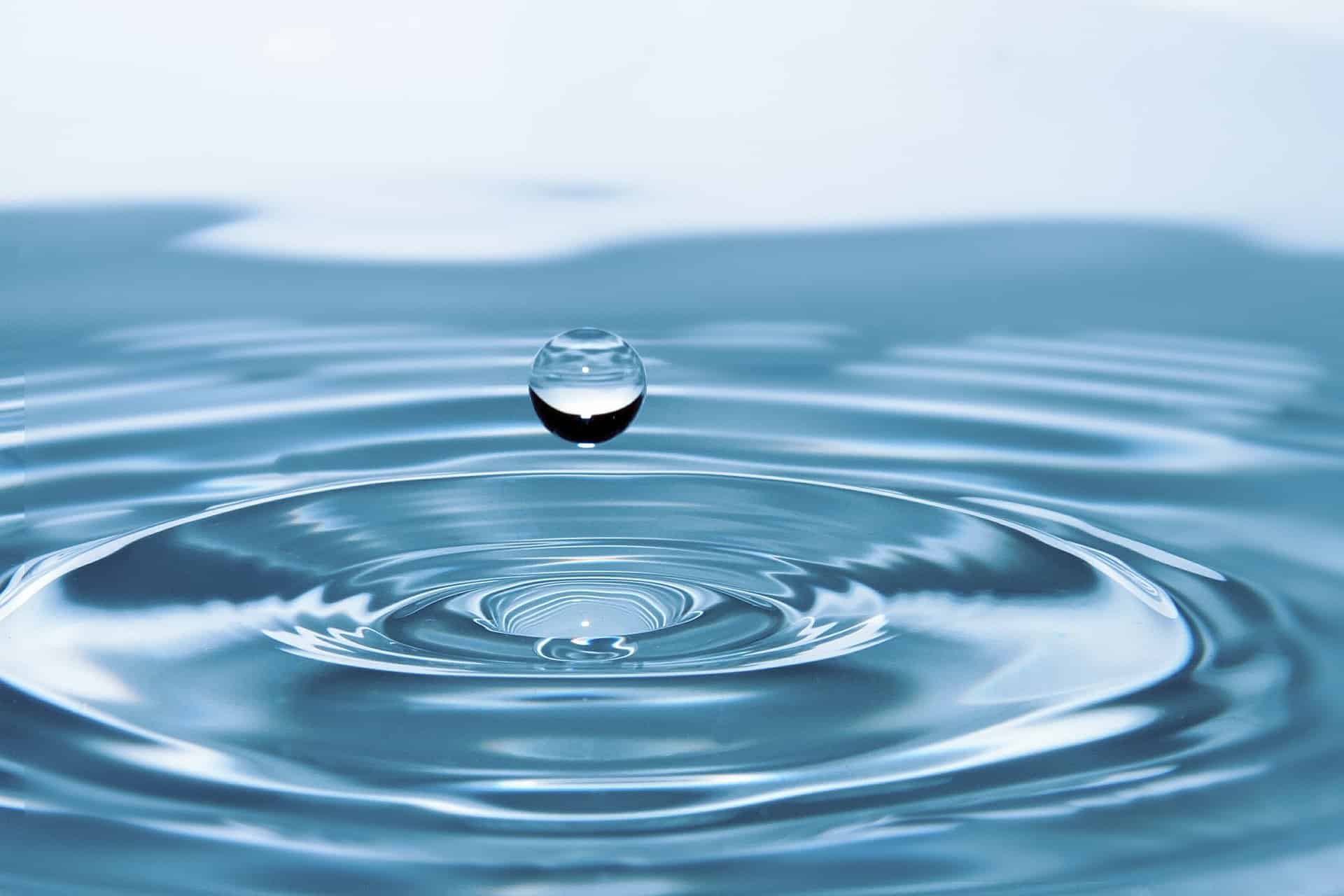 Table of Contents
01 Water Is the Most Abundant Compound on Earth
02 The Average American Family Uses 400 Gallons of Water Per Day
03 Drinking Too Much Water Can Be Fatal
04 Unsafe Water Kills 200 Children Each Hour
05 Your Drinking Water Is Ancient
06 Water Is a Financial Burden
07 Bottled Water Is Costly
08 Water Can Cause Wars
09 It’s Easy To Save Water
10 Water Goes Through Quite a Cycle
11 Water Exists On Other Planets
12 Hot Water Freezes Faster Than Cold Water
13 Water Is More Than Liquid, Solid and Gas
14 Boiling Water Turns Instantly to Snow
15 Water Might Travel the World…or Stay Put
16 Drinking Water Doesn’t Just Stop You Being Thirsty
17 Water Facts – Facts about Water Summary
Quick Facts
Essential Facts
Interesting Facts

Water Is the Most Abundant Compound on Earth

One of the most interesting water facts is that water is the most precious resource on our planet. Life, including human, animal and plant, could not continue without it. Luckily, it is the most abundant compound on Earth. It is also the most abundant compound in all living things, including humans. The human body is made up of 60% water, and the brain is 75% water. Strangely, a jellyfish and a cucumber are each made up of 95% water.

The Average American Family Uses 400 Gallons of Water Per Day

Drinking Too Much Water Can Be Fatal

Water intoxication is a potentially fatal disturbance that is caused by consuming too much water during a short time. The normal balance of electrolytes in the body is pushed outside safe limits when too much water floods the system. Infants are prone to water intoxication, as are athletes and even competitive eaters. Symptoms of this condition include changes in behavior, confusion, irritability, and drowsiness. Occasionally there is difficulty breathing, muscle weakness and pain or twitching. The brain may swell which can interfere with the central nervous system, resulting in seizure, brain damage, coma or even death.

Most people around the world have access to clean drinking water. But in poorer and less developed countries, finding water that is clean enough to drink can be an issue. Water pollution and low-quality water in these countries can lead to dangerous bacteria, diseases, and viruses such as E Coli and Cryptosporidium. Water can also be sparse in some environments, and if the body goes too long without water, dehydration can set in, which can eventually lead to death.

Your Drinking Water Is Ancient

Water Is a Financial Burden

A staggering 260 billion dollars is the estimated annual economic loss from poor water and sanitation in developing countries. One of the more shocking water facts is that if just one-third of the amount of money spent by the world on bottled water in a year was put towards installing sanitation centers in poor areas throughout the world, the issue of unclean and dangerous water could be solved.

A bottle of water that costs you a dollar at a store is more expensive than you might think. A half-liter water bottle can be refilled 1,740 times with tap water for the same price. Some estimates put bottled water at a resell point of 2,900 times its actual cost. If tap water were to cost the same as bottled water, the average monthly water bill would be nearly $9,000. The United States alone spends over 20 billion dollars on bottled water each year.

Water Can Cause Wars

Between 3000 BC and 2012, 265 incidences of water conflict were been recorded. Many historians predict that the next large world war will be fought over water, as sources predict that by 2025 more than half of the world could be experiencing water shortages.
While there have not been wars that were fought only about water, there have been conflicts regarding rivers and other bodies of water as country borders, and over the ownership and use of rivers, lakes, and streams.

It’s Easy To Save Water

If everyone in the United States flushed the toilet just once less per day, the water saved would fill up a lake that was one mile long, one mile wide and four feet deep. If everyone in the United States used just one less gallon of water in the shower each day, 85 billion gallons of water would be saved each year. In addition, by regularly checking for leaks, water waste can be avoided. Households leak more than 1 trillion gallons of water a year. That’s enough water to provide 11 million homes with their annual water needs.

Water Goes Through Quite a Cycle

On average, in a 100-year period, a water molecule spends 98 years in the ocean, 20 months as ice, 2 weeks in lakes and rivers and less than a week in the atmosphere. One drop of water sure can get around! It is estimated that if a molecule stays in the atmosphere for long enough, it will travel around the entire globe in 6 months.

Water Exists On Other Planets

Scientists believe that water is a very frequent substance throughout this and other galaxies because hydrogen and oxygen, the two elements that make up a molecule of water, are the most abundant elements found in space. Scientists do not know why there is more water on Earth than anywhere else that has been discovered yet. When the water has been found on other planets, it is usually in the form of ice.

Many have heard how hot water can freeze faster than cold water but the truth behind this situation is much more complicated. Yes, if you put one bucket of hot water and one bucket of cold water in a freezer, the hot will freeze first. The reasoning isn’t exactly known by scientists but some theories revolve around super-cooling, evaporation, convection, and effects of dissolved gases. The truth is that while hot water freezer first, cold water freezes faster. Hot water forms ice at a higher temperature than cold water but cold water takes less time to form ice.

Water Is More Than Liquid, Solid and Gas

Fascinating water facts tell us there are actually 5 different phases of liquid water and 14 different phrases of ice – and scientists believe that there are even more yet to be discovered. After water freezes, if you continue to cool it to a temperate of -184 degrees Fahrenheit, it becomes thick like molasses. At -211 degrees Fahrenheit, it is classified as glassy water, which is solid with no crystal structure.

If the temperature difference is large enough between a pot of boiling water and the outside temperature, the water will instantly turn to snow once thrown in the air. This is a dangerous experiment though, so you need to understand why it works. When it’s very cold, there is little water vapor in the air. Boiling water has a lot of vapor nearby, hence the steam it emits. Cold air is very dense, leaving very little room for water molecules in it. When you bombard it with the hot water and vapor, it doesn’t have enough room for everything, and the vapor is forced out, clinging to particles in the air, creating snowflakes.

A water molecule tends to always remain a water molecule. The molecules enter the atmosphere and travel with the clouds, dropping as rain and then draining into rivers or other bodies of water. They make their way through soil or other environmental matter before being evaporated again up into the atmosphere. A water molecule that is at the bottom of the ocean or deep within a glacier, however, may not move for tens of thousands of years. It’s all about location.

Drinking water isn’t just a way to take away that parched feeling in your mouth. Water helps maintain the balance of body fluids and keep things running smoothly. It also helps to control calories by keeping you fuller for longer. Water also energizes muscles and keeps them safe during exercise. If you want to keep your skin looking youthful and energized, try drinking more water. Water also helps your kidneys, which remove toxins through your bodily waste. 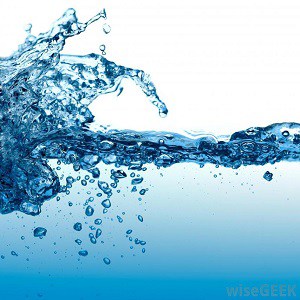 Water facts contain some surprising information about this common liquid. They explain how water temperature and density affect the state of water. They also tell how water can be dangerous, and can even be the source of conflict. Water facts also focus on what could be done for the future of water.