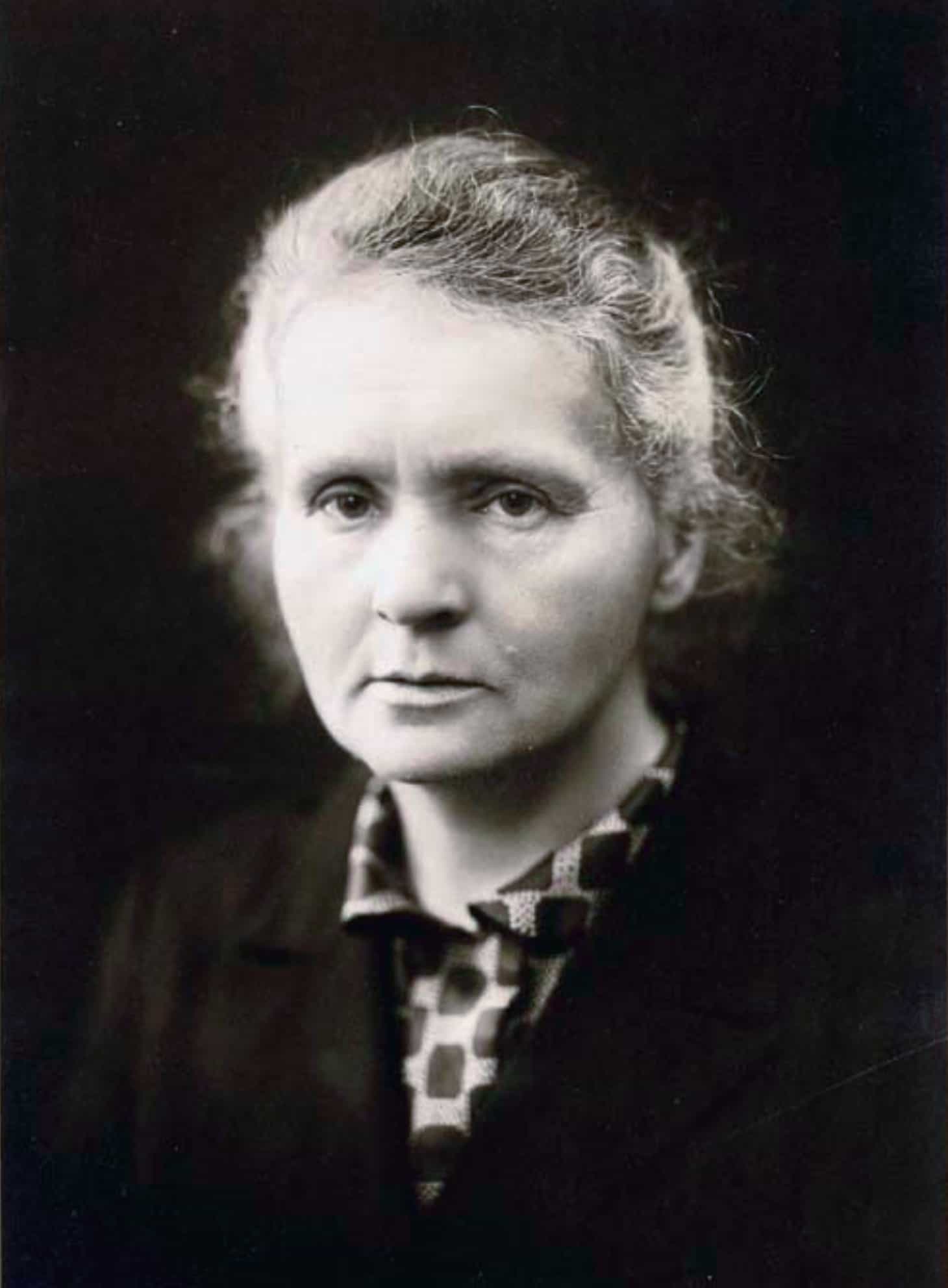 Aside from her Nobel Prizes, Marie Curie has left an undeniable legacy that survives to this day. Despite living in a time where women didn’t have as much access to education and opportunities, Marie Curie fought to master her craft. Her research and discoveries helped lay down the foundation of what we know about the atom and all its secrets. Find out more about one of the most brilliant minds in science with these Marie Curie facts.

Specifically, she had 3 older sisters and 1 older brother. Zofia was the oldest, followed by Jozef, then Bronislawa, and finally Helena. Bronislawa eventually married Kazimierz Dluski, a Polish doctor who lived in Paris, France. They later invited Marie, known as Maria at the time, to live with them in Paris.

Marie Curie struggled to get a good education in Poland during her youth.

Russia ruled Poland at the time, as a part of the greater Russian Empire. The Poles didn’t happily accept Russian rule, leading to several movements in Poland for freedom. Marie’s relatives on both sides of her family supported those movements, making it difficult for them to find good jobs. Those same movements also led the Russians to limit science courses taught in Polish schools.

Marie Curie couldn’t get into college in Poland.

Unlike the previous fact, this fact comes from her gender, and not her family’s involvement in independence movements. At the time, colleges and universities in Poland did not accept female students. This led Marie and her sister Bronislawa to join the secret Flying University, which unlike official colleges and universities, accepted female students.

Marie Curie was an agnostic.

Despite her mother being a faithful Catholic in life, Marie Curie didn’t practice any religion. Her mother’s early death from tuberculosis left her with her atheist father as her only role model.

Her elder sister Zofia’s death from typhoid fever also weakened Marie’s faith further. Eventually, she gave up on Roman Catholicism and became an agnostic. A surprisingly tragic example of Marie Curie facts, no matter how we look at it.

Marie Curie had a sweetheart in Poland.

Marie met Kazimierz Zorawski while working for his family. They were also distantly related to each other, on Marie’s father’s side of the family. They eventually wanted to get married, but Kazimierz’s family refused to allow it as they thought Marie wanted to marry into their family for their money.

Kazimierz later became a mathematics professor at Krakow University, and would often sit before a statue of Marie at the Radium Institute in Warsaw. A sad, but understandable example of Marie Curie facts.

Pierre Curie proposed to Marie in 1893.

Pierre met Marie while working together on the magnetic properties of steel, introduced to each other by Professor Wierusz-Kowalski. They found common ground in their shared interest in science, but Marie refused Pierre’s proposal at first because of her plans to return to Poland.

She only reconsidered after Pierre agreed to go back to Poland with her, even if it meant abandoning his research and becoming a French teacher.

Pierre and Marie Curie married each other at Sceaux Commune in France.

The wedding ceremony was a secular service, as neither Pierre nor Marie wanted a religious service. Marie also decided against wearing a bridal dress for the ceremony, instead wearing a dark blue gown which she became famous for in the future. Specifically, it was the same kind of gown she would wear while working in her laboratory.

She shared that year’s Nobel Prize in Physics with her husband Pierre, and fellow scientist Henri Becquerel. Originally, the Royal Swedish Academy of Sciences awarded the prize to Pierre and Henri, but Pierre refused the award unless they awarded it to his wife as well. This led to Marie becoming the first woman to ever receive a Nobel Prize.

Marie Curie began her studies into radioactivity in 1897.

She did so under the unofficial support of the Ecole Normale Superieure, with the goal of providing for her family. She converted a former dissection room in a shed outside of the ESPCI in Paris into her laboratory. Despite limited equipment, it was in that shed that Marie earned her place in history.

Marie Curie started out alone in her research.

At the time, Pierre had another research project of his own involving crystals. Eventually, however, he grew interested in his wife’s research and abandoned his project to join her.

They discovered polonium first in July 1898, followed by radium in December of the same year. They named the latter after the Latin word for ‘ray’, to reference how radiation worked as rays of energy.

Pierre and Marie Curie did not patent their discoveries.

This kept them from profiting off the quickly booming industries involving the applications of their discoveries. Radium turned out especially useful in industry, as a raw material to make self-luminous paint with.

Marie later explained that she and Pierre decided not to patent their discoveries to make it easier for fellow scientists to benefit and build off from their work. Definitely one of the most admirable Marie Curie facts.

Marie Curie became a physics professor at the University of Paris in 1906.

She inherited the professorship from Pierre, who died earlier that year. She also continued his work to develop a proper laboratory to study radioactivity. This also made her the first woman to become a professor at the University of Paris.

The French press targeted Marie Curie towards the latter part of the 1900s.

This came from her foreign background, as well as her known agnosticism. They exaggerated both facts, claiming that in addition to being a Pole, she was also a Jew, playing on the Anti-Semitism running wild in France at the time. They also accused her of being an atheist.

Her daughter Irene later noted the hypocrisy of the French, on how they insulted Marie regularly while also praising her as an example of French achievements in science. How’s that for realistic Marie Curie facts?

Marie Curie received her Nobel Prize in Chemistry in 1911.

This made her the first person in history to receive 2 Nobel Prizes, and the first person to receive Nobel Prizes in more than one field. After receiving her second award, a group of Polish academicians met with Marie and asked her to return to Poland and continue her research there. This led the French government to support her in founding what would become the Radium Institute at the University of Paris.

Work on the the Paris Radium Institute finished in 1914.

Its construction started in 1906 and finished in 1914. Marie personally supported its development but took a break in her research for most of 1912 for medical reasons. Aside from this, the outbreak of World War One in 1914 also led her to put her research on hold.

A quick study of anatomy and automotive engineering together with her experience in radiology led to her development of mobile radiographs. Soldiers fondly called them ‘Little Curies’, and which led the Red Cross to appoint Marie head of their Radiology Service. With the help of military doctors and her daughter Irene, Marie supervised the installation of mobile radiographs into trucks and field hospitals.

Marie Curie also developed special needles for use in the war.

These needles contained what she called radium emanation, later identified by scientists as radon gas. The needles produced small amounts of radiation, which doctors used to sterilize infected flesh.

Marie Curie never received formal recognition from the French government for her role in the war.

Not being credited seems to be a theme for Marie Curie’s life. It wasn’t just the Little Curies, or her needles, among other contributions. She also bought war bonds using her Nobel Prize money to support the war effort and admitted she would never get the money back. Even so, even to this day, Marie’s contributions have yet to receive formal recognition from the French government. Definitely one for unfortunate Marie Curie facts.

The French government later offered Marie Curie membership in the Legion of Honor.

This took place in 1921 after US President Harding honored Marie during her trip to the USA. The fact that Marie received official honors from a foreign country but not her home embarrassed the French government. To their surprise, Marie refused the offered membership.

Marie Curie led the Radium Institute in Paris after the war.

Under her leadership, only 3 other research centers in the world could compete with the Radium Institute. Those included Rutherford’s Cavendish Laboratory in Britain, Meyer’s Institute for Radium Research in Austria, and the Kaiser Wilhelm Institute for Chemistry in Germany, led by Hahn and Meitner.

Marie’s lifelong exposure to radiation damaged her body’s ability to replace her blood. Eventually, this abnormality developed into aplastic anemia, which ultimately took her life.

Marie Curie only had a limited understanding of the dangers of radiation.

This is partly thanks to the limited understanding of radiation even in her time. Her original laboratory possessed only limited ventilation, and she conducted her research with only basic chemical protection. Marie also carried vials and test tubes filled with radioactive elements in her pocket. Even her equipment during World War One lacked the special shielding their modern successors have.

Marie Curie was first buried next to her husband in Sceaux.

This town was the same town they’d gotten married in. In 1995, though, Marie and Pierre’s bodies were then moved to the Pantheon in Paris, France in honor of their individual achievements. Sadly, the radiation from both of their bodies led to their reburial in lead coffins. The reburial made Marie the first woman to receive a place in the Pantheon from her own achievements.

To this day, no one can handle her research papers or even her personal items like  cookbooks with bare hands. Scientists today have the freedom to consult her research, but they must do so in special suits. The papers must also stay in lead cases while in storage in order to contain their radiation.

Even before her mother’s death, Irene already worked with Marie in her research. Together with her husband Frederic Joliot-Curie, she received a Nobel Prize in Chemistry in 1935. They received the prize in recognition of their achievement in turning stable elements into radioactive ones.

Albert Einstein considered Marie Curie the only person who could go unaffected by their fame.

Marie and Pierre’s decision not to patent radium was only the beginning of her selflessness. Later on, Marie gave away much of her Nobel Prize money to friends and relatives. She also asked that any gifts and donations given to her to instead go to scientific institutions and causes.

Poland and France declared 2011 the Year of Marie Curie in her honor.

The United Nations followed suit, declaring it the International Year of Chemistry in her honor. Google also joined in, putting up a special Google Doodle on her birthday on November 7 of that year.

On December 10, 2011, the New York Academy of Sciences celebrated the 100th Anniversary of Marie’s Nobel Prize in Chemistry, attracting many guests of honor including Princess Madeleine of Sweden.

It’s not the only substance to receive their name. Curite, cuprosklodowskite, and sklodowskite also received names in their honor. In a nod to their field of study, all 3 minerals, as well as the element curium, are all radioactive.