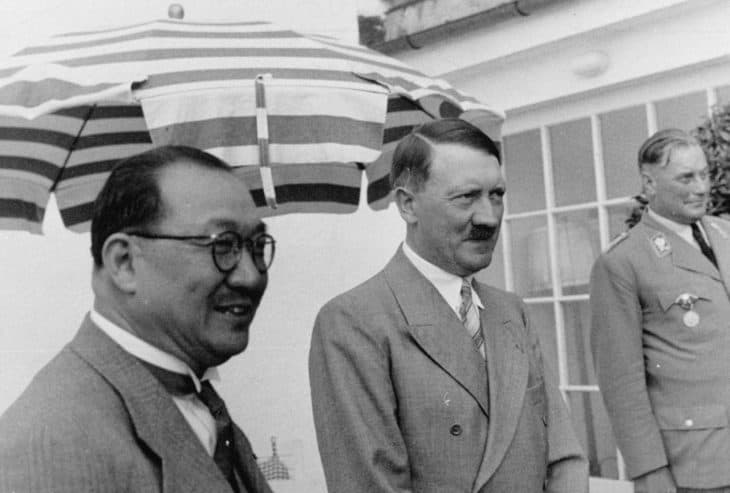 Adolf Hitler Dreamed of Being an Artist

Hitler’s father wanted him to become a civil servant, but Hitler dreamed of becoming an artist, according to Adolf Hitler facts. He was rejected by the Academy of Fine Arts Vienna twice. After his mother passed away from breast cancer, Hitler lived in a homeless shelter, surviving for a time by selling drawings on postcards.

Like all other Austrian males, Hitler was required to register for the draft at the age of 20. However, he changed addresses often in order to avoid doing so. He was eventually tracked down in Munich, and he was forced to go back to Austria. He failed his military physical and was judged unfit for combat. He did fight in the German army during World War I, where he was injured twice. He was wounded by a grenade splinter in 1916 and was gassed during 1918, which left him temporarily blind and altered his voice forever.

Hitler Is Responsible for at Least 11 Million Deaths

It can be strongly argued that the Holocaust would have never happened if Hitler were not given power. Eleven million people were murdered, including approximately six million Jews who were prisoners in concentration camps. Another five million non-Jewish victims were victims of mass murders that took place throughout the war. World War II began when Hitler’s army invaded Poland in 1939, and the war would take the lives of nearly 71 million people, including civilians and military.

Adolf Hitler May Have Had a Son

A man named Jean-Marie Loret claimed that before his mother’s passing she told him that his father was Adolf Hitler. He hired historians, geneticists and other professionals to help prove the truth, but passed away in 1985 before DNA testing was readily available. He did have a similar physical appearance and the same blood type as Hitler but without concrete proof, Adolf Hitler facts still show that he had no children. If Loret was his son, his children may be eligible for royalties from Hitler’s book Mein Kampf.

The Phrase “Sieg Heil” Was Inspired by Cheerleaders

The phrase “Sieg Heil” was used as a Nazi salute. It is thought to have originated with businessman Ernst Hanfstaengl, who was impressed by the enthusiasm and excitement of Harvard cheerleaders at football games when he went to study at the school. He wanted to bring the same atmosphere to Hitler’s rallies.

Hitler participated in the Beer Hal Putsch in 1923, which was an attempt to overthrow the government. While he was in prison, Hitler wrote Mein Kampf, his memoir that outlined his political stances and future plans for Germany.

Hitler Was a Hypochondriac

Adolf Hitler facts show that he was scared of diseases and conditions. He routinely self-diagnosed himself with countless conditions, most of them being intestinal disorders. He would then treat these diseases with dangerous solutions, such as wood alcohol, atropine and strychnine. He would use leeches to lower his blood pressure and was noted to express concerns about being poisoned by fresh air.

Hitler loved to play practical jokes on his staff. He would often have a staff member call his foreign minister and inform him that Hitler was furious with him. He would have the member insist so much that the foreign minister would have a nervous breakdown. One prank backfired when he sent Ernst Hanfstaengl to board a plane and convinced him that he was conducting a suicide mission. He was able to sneak away and turned himself into the Allies, for a crime that he wasn’t really about to commit.

Hitler Was a Vegetarian

Hitler had a girlfriend who committed suicide. He felt that he had to witness the autopsy and, in doing so, he became a vegetarian. He refused to eat meat and would try to stop others from doing so. He called beef broth “corpse tea” and would often joke about making pudding from his blood.

Hitler married Eva Braun in 1945, according to Adolf Hitler facts. Thirty-six hours later, the couple both committed suicide. Hitler shot himself in the head while Braun killed herself using cyanide. Hitler had left instruction that their bodies be burned. A skull that was believed to have been Hitler’s was DNA tested in 2009 and was proven to be the skull of a young woman, giving more credence to the conspiracy theory that Hitler did not commit suicide, but instead escaped capture by faking his own death.

Hitler briefly played the harmonica and flute, and he enjoyed singing. In addition, he was able to whistle very well, and was often known to whistle elaborate songs.

Hitler’s Mood Was Affected by His Dog

Adolf Hitler facts tell us that he had a German Shepherd named Blondi. He would spend hours training the dog, and would chose training the dog over important meetings. Generals realised that if the dog performed tricks well, Hitler would be in a better mood and would listen to their ideas more eagerly. It was said by many generals that the dog had a large impact on key moments during the Russian campaign.

Hitler Was a Fan of Shirley Temple

Hitler was a big movie fan and would often hold private screenings for his closest friends and staff members. One of his favourite movies was King Kong, and his favourite actresses included Greta Garbo and Shirley Temple.

Hitler Had a Dental Phobia

Johannes Blaschke, Hitler’s personal dentist, reported that Hitler suffered from abscesses, gum disease and had terribly bad breath. It was noted that Hitler would avoid the dentist at all costs, and his fear could actually be considered a phobia.

Hitler had bomb makers cover explosive devices with layers of dark chocolate. They were then wrapped in black and gold paper, and plans were made to deliver the parcel to Sir Winston Churchill in England. However, British agents discovered the bomb. 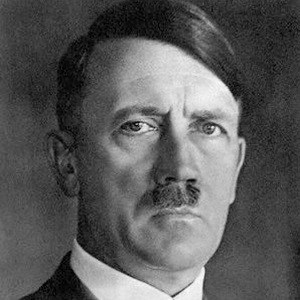 Adolf Hitler facts go over some lesser known facts about the man whom many consider to be the worst individual in the history of the modern world. The facts go over his childhood, and his journey to becoming the reason behind World War II. They also focus on how he ran his staff, foiled plans and how he ended his own life.