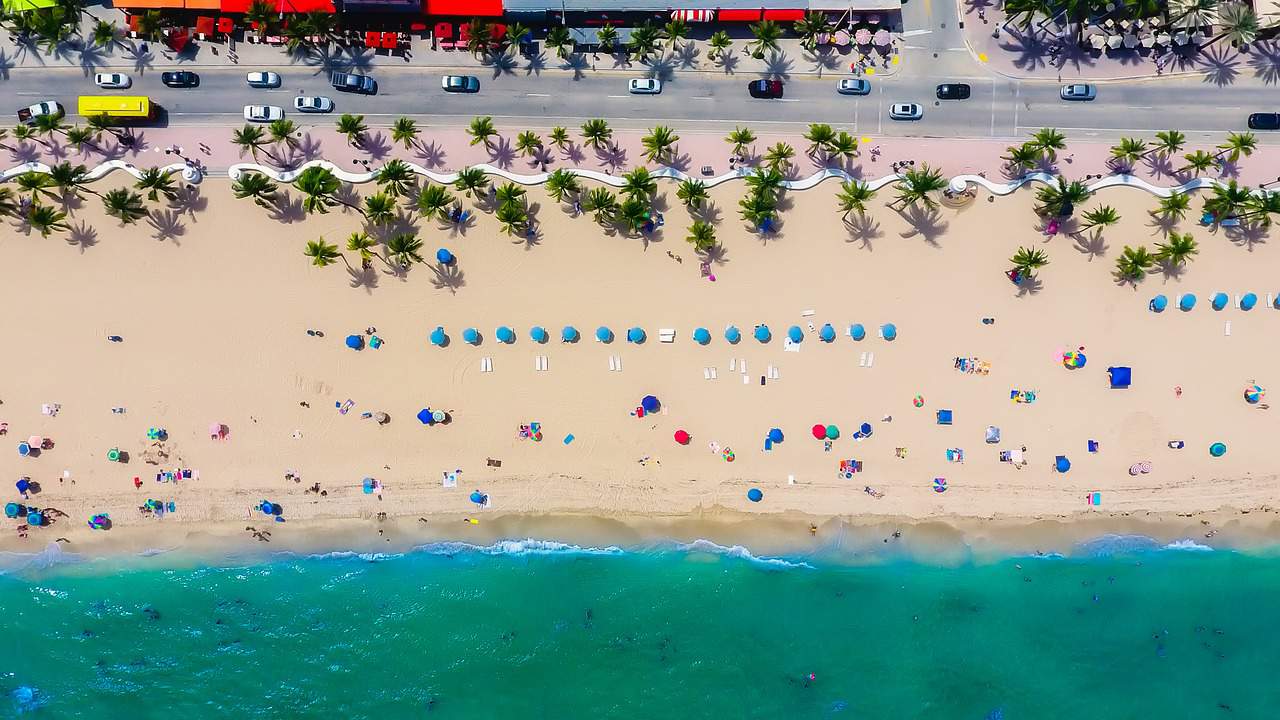 There are hundreds of reasons to visit Florida. The world’s best theme parks, wildlife, and other sights are only appetizers. Hence, there is no surprise why Florida remains one of the top leaders of tourism in the United States. Find out what makes this place so beloved with these Florida facts.

Quick Facts
Essential Facts
Interesting Facts
Table of Contents
01 Florida Facts Infographics
02 Americans visit Florida the most.
03 The Everglades is a popular tourist destination in Southern Florida.
04 The Everglades helps protect endangered species.
05 The St. Johns River is the longest river in Florida.
06 Florida is one of the world's leading agricultural states.
07 There are minor differences in the climate of the north and south Florida.
08 Tallahassee and Monticello had the coldest and hottest temperatures recorded in Florida.
09 Florida houses the biggest city in the US.
10 Florida has the most golf courses in the country.
11 Florida has 2 NBA teams.
12 Orlando is the most visited city in Florida.
13 There are 10 major theme parks in Orlando.
14 Ten million people visit Universal Studios Orlando every year.
15 Florida is the 2nd most popular state retirees move to.
16 Florida has the oldest population in the United States.
17 The Orange blossom is Florida's state flower.
18 Hurricane Michael is the strongest hurricane that ever hit Florida.
19 It is uncommon for Florida to have earthquakes.
20 Florida came out of the ocean around 30 million years ago.
21 The ocean may "claim" Florida again.

Americans visit Florida the most.

Over 10 million international or overseas tourists visit Florida every year. However, this number is nothing compared to the number of local Americans that visit the Sunshine State. Every year, around 112 million Americans travel to Florida which is roughly a third of the United State’s population.

The Everglades is a popular tourist destination in Southern Florida.

Florida has 1.5-million-acre wetland reserves on the southern tip of the state, known as the Everglades National Park. The Everglades is the only place on earth where crocodiles and alligators live together. It is also home to over a hundred different species of animals and plants.

Everglades is also home to some of the most endangered species such as the leatherback turtle, West Indian manatee, and Florida panther. Back in the year 1970, the panthers in Florida almost became extinct with only 10 to 20 individuals left. With all the efforts of preserving them, Everglades managed to maintain its ecology with over 130 panthers as of today.

The St. Johns River is the longest river in Florida.

Florida is one of the world's leading agricultural states.

The Sunshine State is the biggest producer of watermelons in the United States. Because of Florida’s perpetually sunny weather, the state can also grow different varieties of crops like tomatoes, strawberries. However, it does not stop there. The state’s major crops include citrus, sugarcane, peppers, cotton, peanuts, snap beans, and potatoes.

There are minor differences in the climate of the north and south Florida.

Florida’s climate in the north and central parts is humid subtropical, characterized by hot and humid summers and cold to mild winters. On the other hand, Southern Florida has a tropical climate with a wet season and a dry season.

Tallahassee and Monticello had the coldest and hottest temperatures recorded in Florida.

Florida houses the biggest city in the US.

Jacksonville, Florida is the biggest city in the United States with an area of 2,265 km² and a population of almost 1 million. Jacksonville got its name after Andrew Jackson, the 7th U.S. President from 1829 to 1837.

Florida has the most golf courses in the country.

Home to over 1,300 golf courses, many consider that Florida is the golf capital of the world. Palm Beach County has more golf courses than any other county in the entire US.

Miami Heat and the Orlando Magic are the two NBA teams that hail from Florida. The Miami Heat was launched in 1988, while Orlando Magic joined the most popular basketball league in the world a year later.

Orlando is the most visited city in Florida.

No wonder why the NBA team Orlando Magic is called “Magic.” The name “Magic” stems from Orlando’s iconic theme park, Disney World. The theme park attracts over 50 million visitors each year. With this in mind, Orlando’s total visitors every year skyrockets to 75 million annual visitors.

There are 10 major theme parks in Orlando.

Disney World has a total of 4 theme parks, including the Magic Kingdom, Animal Kingdom, Epcot, and Hollywood Studios. On the other hand, Universal Orlando has 2 theme parks which are Universal Studios and the Islands of Adventure. Outside these two main tourist spots, SeaWorld, Discovery Cove, Legoland, and Busch Gardens are also found in Florida.

Florida is the 2nd most popular state retirees move to.

Due to its great weather, state lifestyle and environment, roughly 1,000 people move to Florida every day. The Sunshine State attracts well over 300,000 new residents every year, across its counties. After New Mexico, Florida is the 2nd most popular state retirees move to. How’s that for neat Florida facts?

Florida has the oldest population in the United States.

The 1909 legislature selected the orange blossom as the state flower of Florida. Orange blossoms are one of the most fragrant flowers in the state. Many of these white flowers spread their fragrance throughout central and south Florida during orange blossom time.

Hurricane Michael is the strongest hurricane that ever hit Florida.

It is uncommon for Florida to have earthquakes.

Florida sits far from any tectonic plate boundaries. Because of this. earthquakes are very rare in the state, although they may still occur. Along with North Dakota, Florida experiences the fewest earthquakes of all US states.

Florida came out of the ocean around 30 million years ago.

In prehistoric times, Florida was submerged underwater. However, due to geological changes over time, Florida finally emerged from the sea some 30 million years ago.

The ocean may "claim" Florida again.

According to studies, over next the hundred years, the ocean may submerge Florida again. As sea levels continue to rise, Miami, for instance, is at the risk of flooding over by 2060.