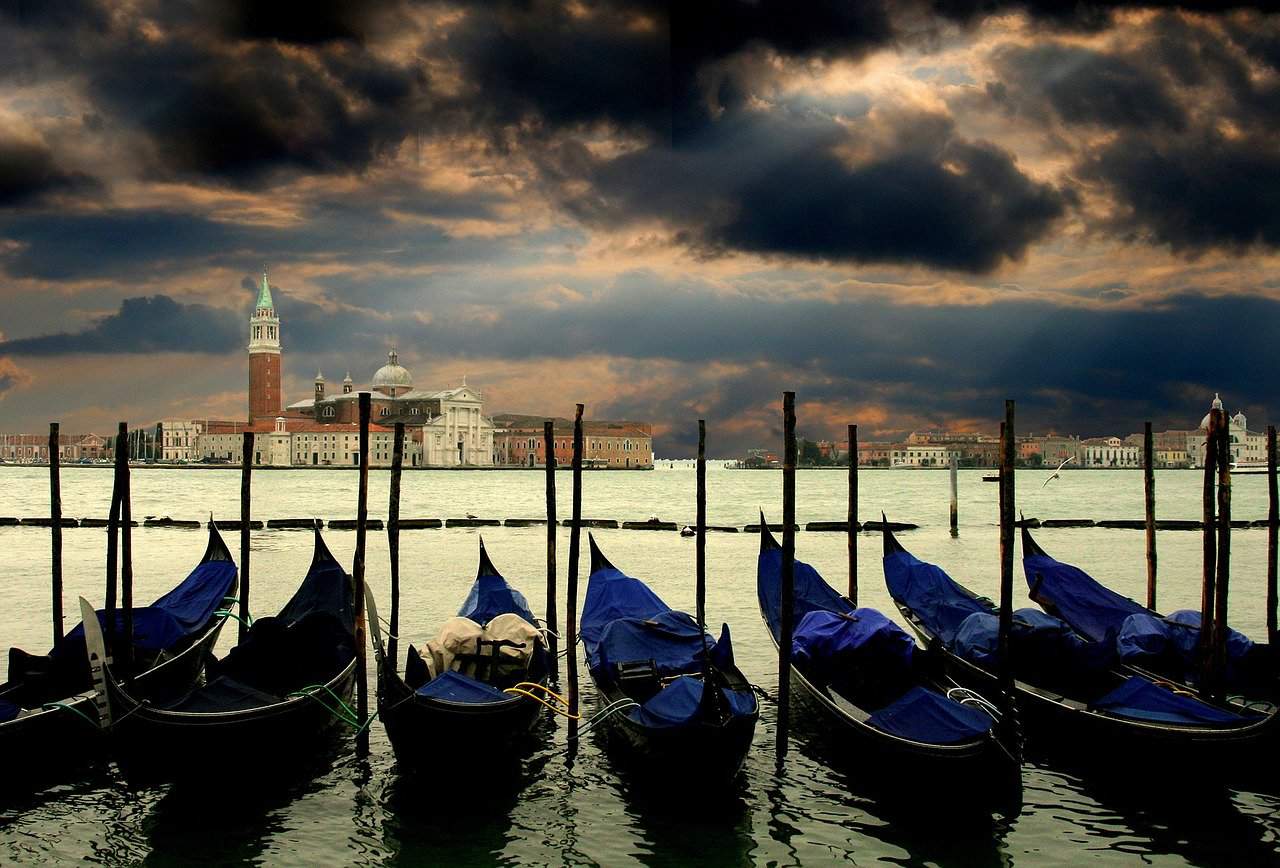 Table of Contents
01 Italy Still Has Active Volcanoes
02 Italy Has 50 UNESCO Sites – More Than Any Other Country
03 There Are Really 2 Italys!
04 Italian is a Latin Language
05 Food is Very Important in Italian Culture
06 Italy Has an Incredibly Rich Cultural Heritage
07 Many of Shakespeare’s Plays Are Set in Italy
08 Italy Was the Birthplace of the Renaissance
09 Italy Has an Aging Population
10 Italy Surrounds 2 of the World’s Smallest Countries
11 The Roman Empire Was Two-Thirds the Size of the USA
12 Italy Was a Fascist State
13 Michelangelo’s Frescoes Can Still Be Seen in the Sistine Chapel
14 Soccer is Extremely Popular in Italy
15 The Italian Mafia Accounts for 7% of Italy’s GDP
16 The Shroud of Turin is Said to Display the Imprint of Christ’s Body
17 Tourism Is Vital for Italy’s Economy
18 Italy Is the Largest Wine Producer in the World
19 One-Third of Italian Men Aged 30-35 Live with Their Parents
20 There Are Many Famous Italian Explorers
21 Italy Facts – Facts about Italy Summary
Quick Facts
Essential Facts
Interesting Facts

The first of our Italy facts reveals that this country located at the tip of Southern Europe and shaped distinctively like a boot, is a very mountainous country which still has active volcanos. Italy is home to part of the Alps mountain range in the north, with Mont Blanc the tallest mountain in the region. In the south of Italy, there are three active volcanos: Mount Etna, Vesuvius and Stromboli. Almost four-fifths of the country as a whole is mountainous, or at least hilly. There are more earthquakes in Italy than any other European country.

Italy Has 50 UNESCO Sites – More Than Any Other Country

UNESCO World Heritage Sites are chosen because of their high cultural value to the world. Testament to the enduring appeal and importance of Italy’s architecture is the fact that there are 50 such UNESCO sites in Italy. These include The Dolomites; The City of Verona; Florence and Rome, Hadrian’s Villa and Villa D’Este at Tivoli, Pompeii and the Amalfi Coast.

There Are Really 2 Italys!

Italy was unified in 1871 after decades of struggle. The two parts of the country – the industrialized north and the more relaxed and laid back south – have very different characteristics, as revealed by Italy facts. The disparity between the two began with the Renaissance, when northern city-states flourished, while in the south Naples and Sicily deteriorated under French and Spanish rule. Culturally, the two parts of Italy are interestingly diverse in terms of attitudes towards money, time and family traditions.

Italian is a Latin Language

Italian is a soft, melodic language which is derived from Latin, so shares a similarity with other Latin-based languages, like Spanish and Portuguese. There are many dialects of Italian spoken throughout the country. It is prominent in opera, even among non-Italian composers, because of the beautiful sound of the language. Italian is also widely spoken in the nearby countries of Switzerland and Albania.

Mealtimes play an important role in Latin culture, as Italy facts explain. Families sit down and eat together and some of the world’s most popular and delicious recipes originate from Italy. Many vegetables and a variety of seafood dishes have a prominent place in Italian cuisine, and food is typically very fresh. Italy is most famous around the rest of the world for its delicious pasta dishes, like spaghetti, pesto-based dishes and lasagna. Italian cuisine is also known for its various types of pizza, including calzone, and the country’s other popular exports include gelato (ice cream) and fine wines.

So many famous artists, musicians and writers come from Italy that the country really is synonymous with art. Many of the most famous names originate from the Renaissance period which lasted from the 14th to the 17th century. Dante Alighieri (1265-1321), Francesco Petrarch (1304-1374), and Giovanni Boccaccio (1313-1375) are possibly the three most famous Italian authors. Michelangelo, Botticelli, Bellini and Caravaggio are famous Italian artists, while Verdi, Rossini and Puccini are among the most famous Italian composers.

Many of Shakespeare’s Plays Are Set in Italy

Interestingly, Shakespeare set many of his plays in Italy – a third of them, in fact, even though it is unlikely that he ever visited the country. This could suggest that he considered the place to be symbolic of culture and art. The following plays are set or partly set there: Julius Caesar, Romeo and Juliet, Othello, The Merchant of Venice, Antony and Cleopatra, Coriolanus, Cymbeline, Much Ado About Nothing, Othello, The Taming of the Shrew, Titus Andronicus, The Two Gentlemen of Verona and A Winter’s Tale.

Italy Was the Birthplace of the Renaissance

The Renaissance, which means rebirth, began and flourished in Florence. This was a period which lasted from the 14th to the17th century and was a time of great artistic and ideological shifts. It marked the transition period from the Middle Ages to Modernism and many advances in science and art took place during this exciting time. People as a whole became more educated and better off.

Italy Has an Aging Population

Italy is a country with many senior citizens – perhaps due to the healthy lifestyle of good food, a hot climate, strong family ties and low stress levels. In fact, more than 20% of Italians are over the age of 65. Elderly Italians enjoy respect within society for their experience and wisdom. There are even adoption schemes in Italy where seniors can be adopted and looked after by younger families. Generally, Italian seniors are financially sound and are visited a lot by their families.

In Rome, the Vatican City, where the Pope lives, is technically a country – and it is the smallest country in the world. It has its own economy, which is supported by tourism, and is home to world famous attractions including the Sistine Chapel and St Peter’s Basilica. San Marino in the north of Italy is a republic of about 32,000 inhabitants. It is a surviving relic of a previous monastic community from A.D. 302. It also has its own flourishing economy, supported by industry and tourism.

The Roman Empire Was Two-Thirds the Size of the USA

At its peak, in around A.D. 117, the Roman Empire stretched from Portugal to Syria, and from Britain to the North African deserts. It covered an area of 2.3 million miles (two-thirds the size of the U.S.) and had a population of 120 million people. It was a 500-year- long republic, headed by empires, which finally fell apart because of political disputes. At its height is was a massively powerful empire, the largest in world history, which was important culturally, as well as militarily and economically. Classical antiquities from this period can still be viewed in cities around the world today.

Italy Was a Fascist State

Italy facts relating to the country’s history tell us about a period when the nation was controlled by Mussolini, between 1922 and 1943. During this period of dictatorship, the population were controlled by force, with Blackshirts and secret police roaming the streets. Mussolini’s agenda was to control the economy, weakened by the war, and this objective was predominant. Children were brought up to be warriors and those opposing his regime were dealt with harshly.

Michelangelo’s Frescoes Can Still Be Seen in the Sistine Chapel

The Sistine Chapel in Vatican City is home to Michelangelo’s famous frescos which depict a range of scenes from the Bible. This masterpiece was painted between 1508 and 1512. Commissioned by Pope Julius II originally just to paint the 12 apostles, Michelangelo of course went much further, and created many scenes in vivid detail and bright colors. The Sistine Chapel remains a hugely popular destination for tourists and attracts millions of visitors each year.

Soccer is Extremely Popular in Italy

Soccer is Italy’s most popular sport; many Italians are passionate about playing and watching it. Italy has won the World Cup four times (in 1934, 1938, 1982, and 2006), which is more than any other country except for Brazil. Italy’s national soccer association, known as the Federazione Italiana Giuoco Calcio, or FIGC, was formed in 1898 and is a part of the Union of European Football Associations, or UEFA.

The Italian Mafia Accounts for 7% of Italy’s GDP

Italy is well known for its notorious mafia, especially the Sicilian mafia. It is highly organized with mafia bosses controlling different territories, and the association is a kind of organized crime group, with activities like protection racketeering, overseeing illegal transactions, and disputes between criminals. Different criminal groups are known as clans or families. They are very secretive and do not keep records of their activities: in fact, sometimes they spread deliberate lies about themselves.

Italy facts include fascinating insights into the iconic Shroud of Turin, which, as its name implies, is held in Turin. It is an ancient piece of linen cloth that is said to show the faint imprint of a male body. This is believed to be the outline of Jesus after he was killed. This shroud has been in Turin’s San Giovanni Cathedral for at least 420 years. Many tourists flock to Turin every year to see this religious relic.

Tourism Is Vital for Italy’s Economy

Over 50 million tourists each year visit Italy. Tourism is vital to Italy’s economy and provides nearly 63% of Italy’s national income. Many aspects of Italy are attractive to tourists: the climate, the beautiful scenery, the amazing art, music, architecture and museums and, of course, the food and wine. Italy has many excellent restaurants and fine hotels, and is considered a must-see destination for millions of vacationers.

Italy Is the Largest Wine Producer in the World

Italy’s climate is conducive to producing fine wines. Scattered throughout Italy are some of the oldest wine-producing regions in the world. Italian wines are known worldwide for their broad variety and high quality. Italy, closely followed by France, is the world’s largest wine producer, exporting the equivalent of about one-third of the world’s annual consumption. Grapes are grown all over the country and there are more than one million vineyards.

Family culture is very strong in Italy. The popular stereotype of the Italian mama has some truth behind it. Many Italian men who are still single in their 30s continue to live at home rather than move out to live alone; this is very common and is acceptable in Italian culture. Families, including extended families, get together regularly, often every weekend, and enjoy meals and celebrations together.

There Are Many Famous Italian Explorers

Italy facts reveal that there are a surprising number of famed Italian explorers who discovered many parts of the world. This is partially due to the country’s geographic location in the heart of Europe and its extensive coastline, both of which meant that sea adventures have long been a part of the Italian experience. Culturally, Italians seem to have a great spirit of adventure and yearning to discover new things.

Christopher Columbus, the most famous Italian explorer, actually never set foot on mainland North America but arrived in the Caribbean instead. John Cabot, was looking for China but found himself in North America. Vespucci was a well-known explorer and cartographer. 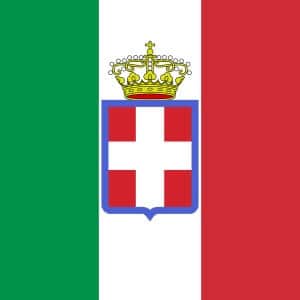 Italy facts tell us that Italy is in southern Europe and is famed for major contributions to the worlds of art, architecture, literature, cuisine and wine. The Renaissance began in Florence and the influence of this exciting period can still be seen. Many Italian cities – like Rome, Florence, Venice and Milan – are famed for their magnificent buildings, museums and culture. Located in the Mediterranean region, with its warm climate, Italy is a popular tourist destination and its economy is reliant on this, as well as on the export of many products like olive oil, grapes, wheat and wine. Although Italy has a past including fascist governments, it is now a democracy. Its citizens enjoy long life expectancy and Italy has the oldest population in Europe.