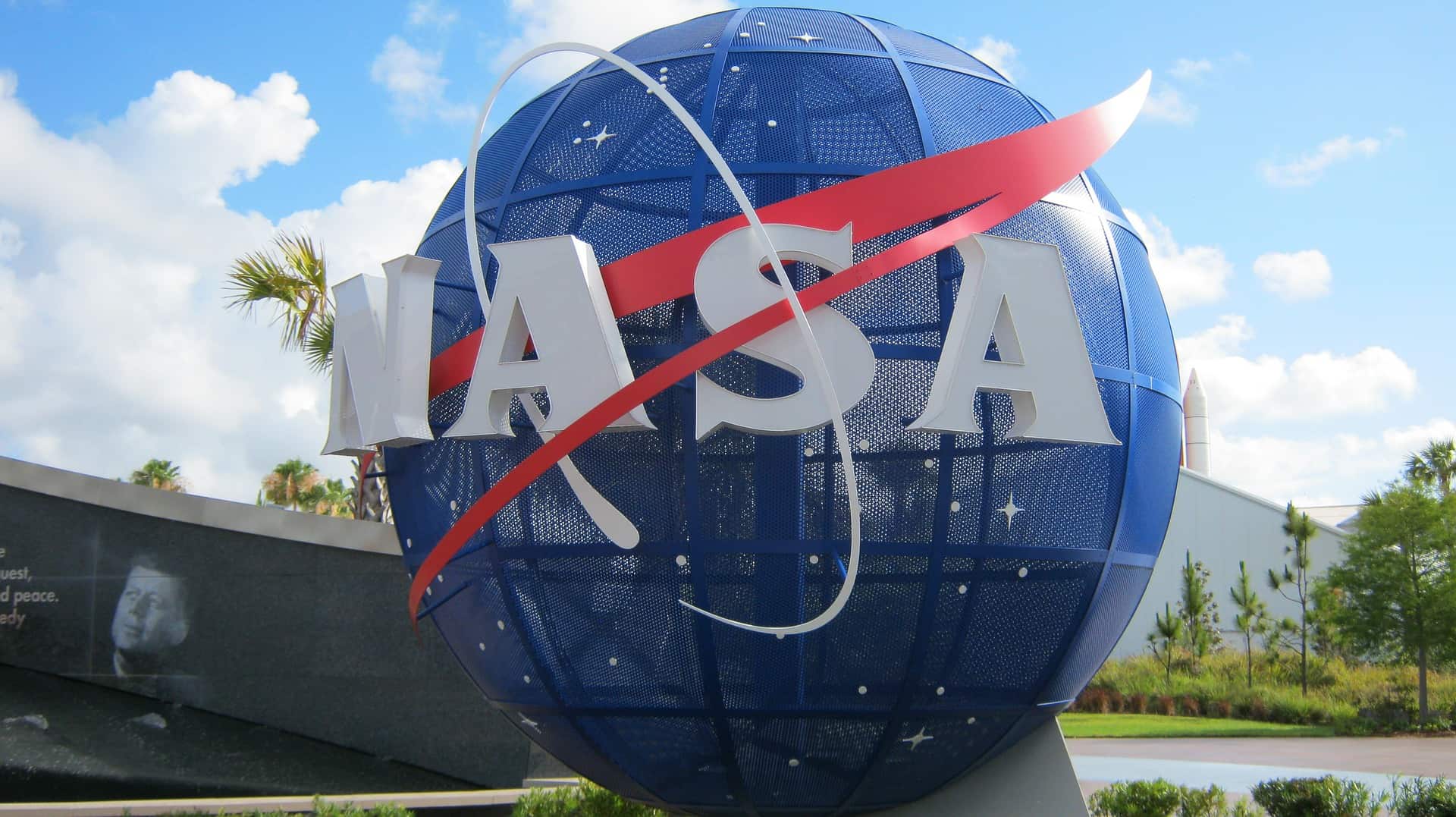 The space facts that we know today would not be possible without the remarkable work of dedicated organizations such as NASA. Science has gone a long way since the start of the space age. Since then, the discoveries they made range from amazing to downright terrifying. Take a closer look at the institution behind these discoveries with these NASA facts.

Quick Facts
Essential Facts
Interesting Facts
Table of Contents
01 Before NASA, there was the National Advisory Committee for Aeronautics (NACA).
02 NASA does more than space exploration.
03 NASA seeks to discover new planets.
04 NASA provides educational materials for various audiences.
05 NASA established the Johnson Space Center in 1961.
06 The NASA space center remains at the forefront of human spaceflight programs of the U.S.
07 The NASA space shuttle carries important parts to and from the ISS.
08 The NASA space shuttle is like a science lab as well.
09 A NASA ‘mission’ refers to each launching of a space shuttle.
10 NASA is a part of the International Space Station (ISS).
11 NASA prepares to set another record with the SpaceX launch.
12 NASA astronauts Douglas Hurley and Robert Behnken will pilot the SpaceX launch.
13 NASA climate change studies confirmed that greenhouse gases cause global warming.
14 Global temperature rise is only one aspect of NASA climate change evidence.
15 Before an aspiring astronaut can work for NASA, one must complete 1,000 hours of flying time.
16 Astronauts only make up a small number of NASA's total workforce.
17 A Space Shuttle astronaut can only eat 3.8 pounds of food per day.
18 Katherine Sullivan was the first American woman to walk in space.
19 Dr. Mae Jemison was the first African-American woman in space.
20 The B-52B is the oldest NASA aircraft.
21 NASA's X-15 aircraft set the unofficial world records for speed and altitude.
22 The SR-171 served as a litmus test for high-speed, high-altitude aeronautical research.
23 The Cassini-Huygens mission is an international collaboration.
24 The Cassini-Huygens spacecraft needs to burn its engines for 97 minutes for it to slow down.
25 The NASA black hole picture made history on April 10, 2019.
26 The solar system is more than just all the planets combined.
27 Somewhere on Earth, 1,800 thunderstorms are happening at any moment.
28 The speed of the NASA internet is not 91 Gigabites per second.
29 NASA has a shadow network called the Energy Science Network or ESnet.
30 NASA needs an antenna the size of a football field to communicate with distant spacecraft.

Before NASA, there was the National Advisory Committee for Aeronautics (NACA).

President Woodrow Wilson started the organization that would supervise and direct the scientific study of the problems of flight. NACA’s duties included determining problems could be experimentally worked on, discussing their solutions, and applying them to practical questions. Moreover, the NACA directed and conducted research and experiments concerning aeronautics.

NASA does more than space exploration.

It may be one of the lesser-known NASA facts, but they also make satellites that help scientists learn more about the Earth. NASA sends probes into space to study things inside and beyond our solar system. However, the Earth is currently NASA’s most studied planet.

Aside from the planets in our Solar System, NASA has also dedicated projects to find new exoplanets beyond our knowledge.

Both educators and students alike can benefit from this. NASA boasts an expansive library of learning resources for levels K-4, 5-8, 9-12, as well as the scientific community. Some topics covered are General Science, Polar System and Plants, the Stars, and Space Science.

Since then, it has been a forerunner in human space exploration. NASA HQ sits roughly 1,700 acres southeast of downtown Houston. While its founding name was ‘Manned Spacecraft Center,’ it got renamed in 1973 in honor of the native late President, Lyndon B. Johnson.

The NASA space center remains at the forefront of human spaceflight programs of the U.S.

NASA became the pioneer for space exploration in the U.S. from the early Mercury, Gemini, Apollo, and Space Shuttle programs. This legacy only continues with the International Space Station, and the Orion. Moreover, the center employs a workforce consisting of around 10,000 people.

The NASA space shuttle carries important parts to and from the ISS.

With the many things that it can do, the NASA space shuttle can carry up to 7 astronauts at a time. It takes satellites to space where they can orbit the Earth. Moreover, the space shuttle carries parts needed in building the International Space Station. However, NASA has since experimented with 3D printing to transport cargo more efficiently.

The NASA space shuttle is like a science lab as well.

Aside from carrying people and cargo, NASA space shuttles also function as workstations for science, too. It is also important to note that conducting experiments in space is different from how it is on Earth.

A NASA ‘mission’ refers to each launching of a space shuttle.

In total, NASA has launched space shuttles for 135 missions, each lasting for around 1-2 weeks. It started with the first mission in 1981, while the latest one was in 2011.

NASA is a part of the International Space Station (ISS).

This multinational construction project involves 15 countries. The ISS is the largest single-nation structure that humans have ever sent to space. Aside from NASA the Roscosmos of Russia and the European Space Agency are some of the major partners of the International Space Station. Other partners include the Canadian Space Agency and the Japanese Aerospace Exploration Agency.

NASA prepares to set another record with the SpaceX launch.

A part of the NASA Commercial Crew Program, this project will send the first astronauts from the U.S. to the International Space Station since 2011. This sets a new era for human spaceflight, once again launching American astronauts on an American rocket from American soil to the ISS.

From Launch Complex 39A in Florida, a Falcon 9 rocket would lift off the Crew Dragon spacecraft at 4:32 p.m. EDT May 27, 2019. However, the specific duration of the mission remains unknown.

The scientific basis of many NASA-flown instruments lies in how they can affect infrared energy transfers through the atmosphere. Hence, their findings prove that the Earth warms in response to the increased greenhouse gas levels.

Global temperature rise is only one aspect of NASA climate change evidence.

Before an aspiring astronaut can work for NASA, one must complete 1,000 hours of flying time.

Aside from the long list of NASA qualifications, the institute prefers candidates with applicable university degrees. They also favor candidates with experience and backgrounds in the military and aviation.

Astronauts only make up a small number of NASA's total workforce.

Despite being its most famous employees, astronauts aren’t the only people behind NASA’s endeavors. NASA’s workforce also includes numerous scientists, engineers, as well as writers, secretaries, lawyers, and teachers.

A Space Shuttle astronaut can only eat 3.8 pounds of food per day.

If that doesn’t sound too bad, keep in mind that the packaging alone makes 1 pound already. NASA stores astronaut food in individual packs, stowed for easy handling in zero-gravity space.

Moreover, the food must be precooked or processed, non-perishable, and either ready-to-eat or simply prepared by adding water or heating. The only exceptions to this rule are fresh fruit and vegetables, which must be kept in the fresh food locker.

Katherine Sullivan was the first American woman to walk in space.

Dr. Mae Jemison was the first African-American woman in space.

After being selected for NASA’s astronaut program in June 1987, Dr. Jemison served as the science mission specialist on STS-47 Spacelab-J. She remained in space from September 12th-20th, 1992.

The B-52B is the oldest NASA aircraft.

This air launch carrier aircraft is also known as the Stratofortress. Constructed in the 1950s, the B-52B served as a research aircraft platform used on research projects.

Recorded a speed of 4,520 mph and an altitude of 354,200 ft, NASA’s aircraft unofficially takes the cake for these records.  From 1959 to 1968, it made a total of 199 flights. The information gained from the program helped in the development of the Mercury, Gemini, and Apollo spacecraft and the Space Shuttle program.

The SR-171 served as a litmus test for high-speed, high-altitude aeronautical research.

Before NASA used this research aircraft also known as the Blackbird, Lockheed Advanced Development Company (Skunk Works) kept its design operations under wraps in the 1950s.

The Cassini-Huygens mission is an international collaboration.

Contributions in building the spacecraft mainly came from 3 space agencies and 17 nations. Later on, 250 scientists from across the world are set to study the collected data.

The Cassini-Huygens spacecraft needs to burn its engines for 97 minutes for it to slow down.

Should the mission engineers fail to do this upon arriving at Saturn, then the spacecraft would only keep going. Nonetheless, the spacecraft is meant to enter Saturn’s orbit.

For the first time in history, the world saw an image of the black hole and its shadow. Captured by the Event Horizon Telescope (EHT), this feat was made possible by an algorithm created by MIT graduate Katie Bouman.

The solar system is more than just all the planets combined.

The Sun, the star of the solar system, bounds all the space planets to it by gravity. However, our image of the universe wouldn’t be  complete without the several moons, asteroids, comets, and meteoroids floating about in space.

Somewhere on Earth, 1,800 thunderstorms are happening at any moment.

NASA has also conducted extensive research on the Earth’s weather. At this rate, a totals of 16 million storms occur per year. While the cloud conditions that produce lightning can be determined, it is not possible to predict the location or time of a lightning strike.

Read also: 40 GMO Facts That You Really Should Know About

The speed of the NASA internet is not 91 Gigabites per second.

The hoax regarding NASA internet speed began when they conducted an experiment in May 2014. NASA was trying to find the maximum file transfer speed between two computers within a small distance.

Hence, the NASA Goddard facility in Maryland achieved the 91 Gbps speed in a connection with the SC13 in Denver. Moreover, NASA used the ESnet for the experiment, allowing speeds of up to 100 Gbps for a file transfer.

NASA has a shadow network called the Energy Science Network or ESnet.

NASA needs an antenna the size of a football field to communicate with distant spacecraft.

The antenna dishes that the NASA Deep Space Network uses for such purposes measure in diameters reaching 70 m or 230 ft.