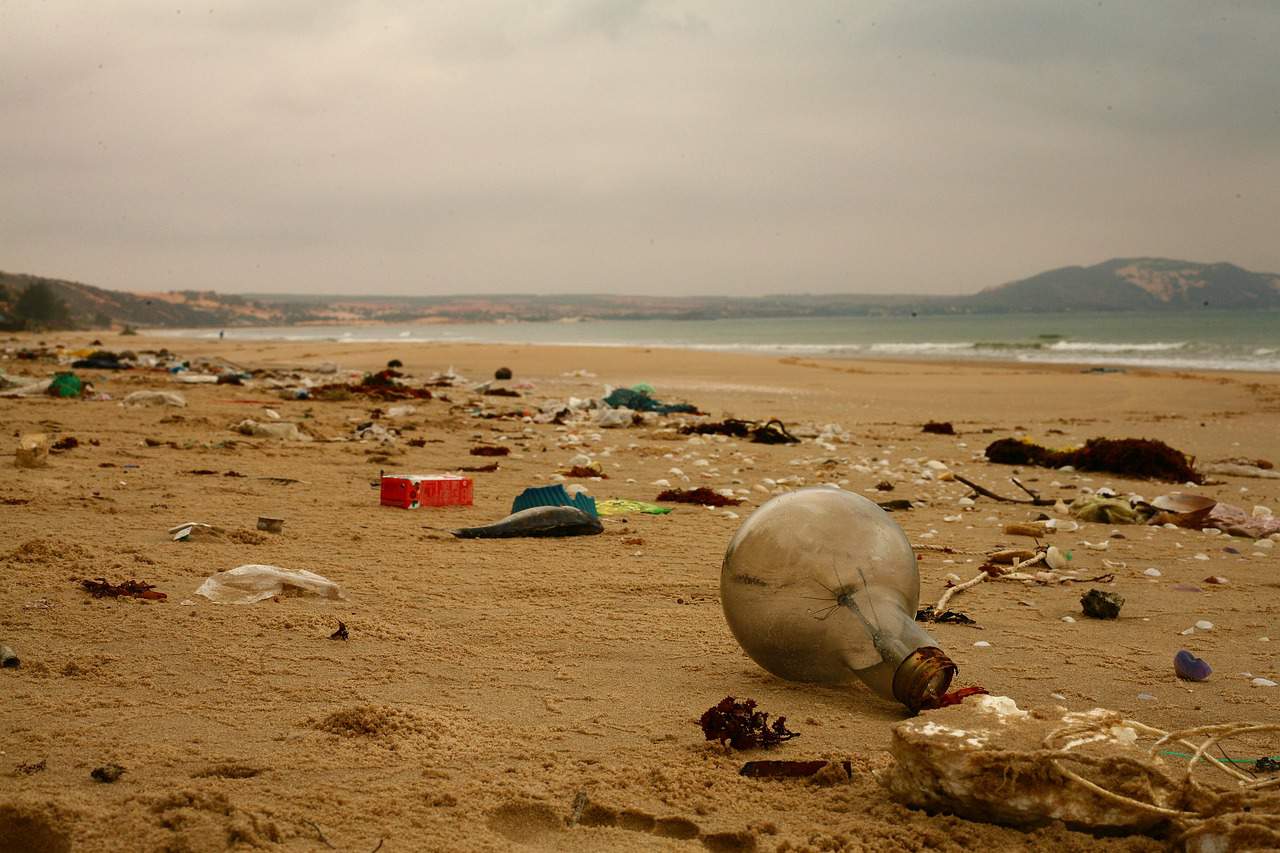 Plastic pollution is one of the earth’s many challenges that humans have overlooked and often neglected. Anyone who uses plastic have contributed to the problem in one way or another. Although government policy can make a difference, it takes every individual’s cooperation to make a permanent solution. Take a closer look at the world’s plastic problem and what it means for us with these plastic pollution facts.

Quick Facts
Essential Facts
Interesting Facts
Table of Contents
01 Plastic waste is traded around the globe.
02 The United Nations helps stop illegal plastic waste trading.
03 Most of the garbage in the ocean comes from Asian countries.
04 Microplastics are the most insidious form of plastic pollution.
05 Macroplastic are large pieces of plastic.
06 Plastic affects even the most isolated places on earth.
07 Many countries already banned the use of disposable plastic bags.
08 You could get fined for $40,000 for using plastic in Kenya.
09 There is a very high demand for plastic bottles.
10 It will make a big difference if more counties ban the usage of plastic bags.
11 England's plastic bag usage has decreased by 80%.
12 The eight rivers in Asia carry up to 80% of the world's plastic pollution.
13 Natural materials make up the core ingredients of plastic.
14 Biodegradable plastic costs more to produce.
15 The toxins from the plastics affect the food chain from bottom to top.
16 Plastic pollution has created a huge floating island made from plastic trash.
17 Bioplastics is an emerging technology for plastics.
18 Here's the difference between bioplastic and non-biodegradable plastic.
19 Bioplastic production can promote food-crisis and more pollution.
20 The battle for plastic pollution has just begun.

Plastic waste is traded around the globe.

Each year, tonnes of plastic waste is traded around the world. The international trade in scrap plastic has many sectors, such as waste traders, big and small recycling companies, dealers, and transport companies.

Due to malpractice, the United Nations thrusts a ban on plastic waste trade unless the traders and companies meet the U.N.’s regulations.

Most of the garbage in the ocean comes from Asian countries.

Indonesia, Vietnam, Sri Lanka, Thailand, the Philippines, and China are the top six countries that contribute the most waste in the ocean. However, it’s worth noting that some first world countries ship their garbage to these countries.

Microplastics are the most insidious form of plastic pollution.

Microplastics are the small particles of plastic that carry toxic elements such as DDT and Hexachlorobenzene. Since microplastics only measure less than 5 mm, marine life is prone to ingesting them.

The same sea creatures may eventually end up on our dinner tables. If humans feed on seafood contaminated by microplastics, it can alter human DNA and lead to infertility, obesity or cancer.

Macroplastic are large pieces of plastic.

Macroplastic are large pieces of plastic now common in the oceans. Waste products such as bottles, sachets, and plastic bags eventually get broken down into microplastics, unless an unlucky creature ingests them first.

Plastic affects even the most isolated places on earth.

If you’re wondering how far plastics can travel in the ocean, microplastics have already reached Arctic ice. Discovered by a group of U.S. scientists on an expedition, this proves the grave impact of global plastic use.

Many countries already banned the use of disposable plastic bags.

According to a U.N. report, 127 countries have implemented policies that regulate plastic bags as of 2018. Additionally, 27 countries have banned single-use plastics such plates, cups, straws, or packaging.

Kenya is one of the world’s strictest when it comes to following plastic regulation laws. Using, selling, or producing plastic bags in Kenya is subject to fines as much as $40,000 or imprisonment of up to 4 years.

There is a very high demand for plastic bottles.

Every minute, people around the world purchase 1 million plastic bottles. This trend in plastic bottle trade is expected to grow by more than 10%-20% every year if we continue to keep our eyes close.

It will make a big difference if more counties ban the usage of plastic bags.

In contrast to those that have strict plastic regulations, more than half of the world’s countries still have no policies for fighting plastic pollution. With an average of 2 million plastic bags used per minute for countries that allow them, there’s no denying how this adds to the problem.

The eight rivers in Asia carry up to 80% of the world's plastic pollution.

Natural materials make up the core ingredients of plastic.

However, non-biodegradable plastics take 1,000 years years or more to break down. With the alarming rate of single-plastic use, it doesn’t take a rocket scientist to figure out how this industry will affect our environment.

The toxins from the plastics affect the food chain from bottom to top.

If you still aren’t convinced that the world’s plastic pollution affects everyone, you should probably know how plastic affects our ecology.  Plastic pollution affects all levels of the food chain: If a fish eats the plastic, and man eats the fish, they would also ingest toxic microplastics. Over time, this will result in many different health complications. Year after year, fish in the wild become more contaminated.

Plastic pollution has created a huge floating island made from plastic trash.

Bioplastics is an emerging technology for plastics.

Bioplastics are among the latest in biodegradable or compostable plastic technology. In contrast to non-biodegradable plastics, its raw materials come from plants such as corn, potato, soy, etc. One of its most promising features is that bioplastics decompose quickly.

Here's the difference between bioplastic and non-biodegradable plastic.

Is the bioplastic a better choice over non-biodegradable? Yes and no. Manufacturing bioplastic demands more energy which causes more pollution. In other words, even the greener bioplastics are still liable for the overall pollution. Furthermore, bioplastics is a competition for the food source since it uses corn, etc for its materials which should be intended for human consumption.

The battle for plastic pollution has just begun.

To this end, the battle for plastic pollution has just begun. Recycling or avoiding to use it in the first place is the best way to reduce your plastic footprint. Moreover, there are more than 101 ways to recycle plastic, and creativity is the key. For instance, handcrafting toys, furniture, etc out of used plastics bottles is only a few solutions to help the environment.