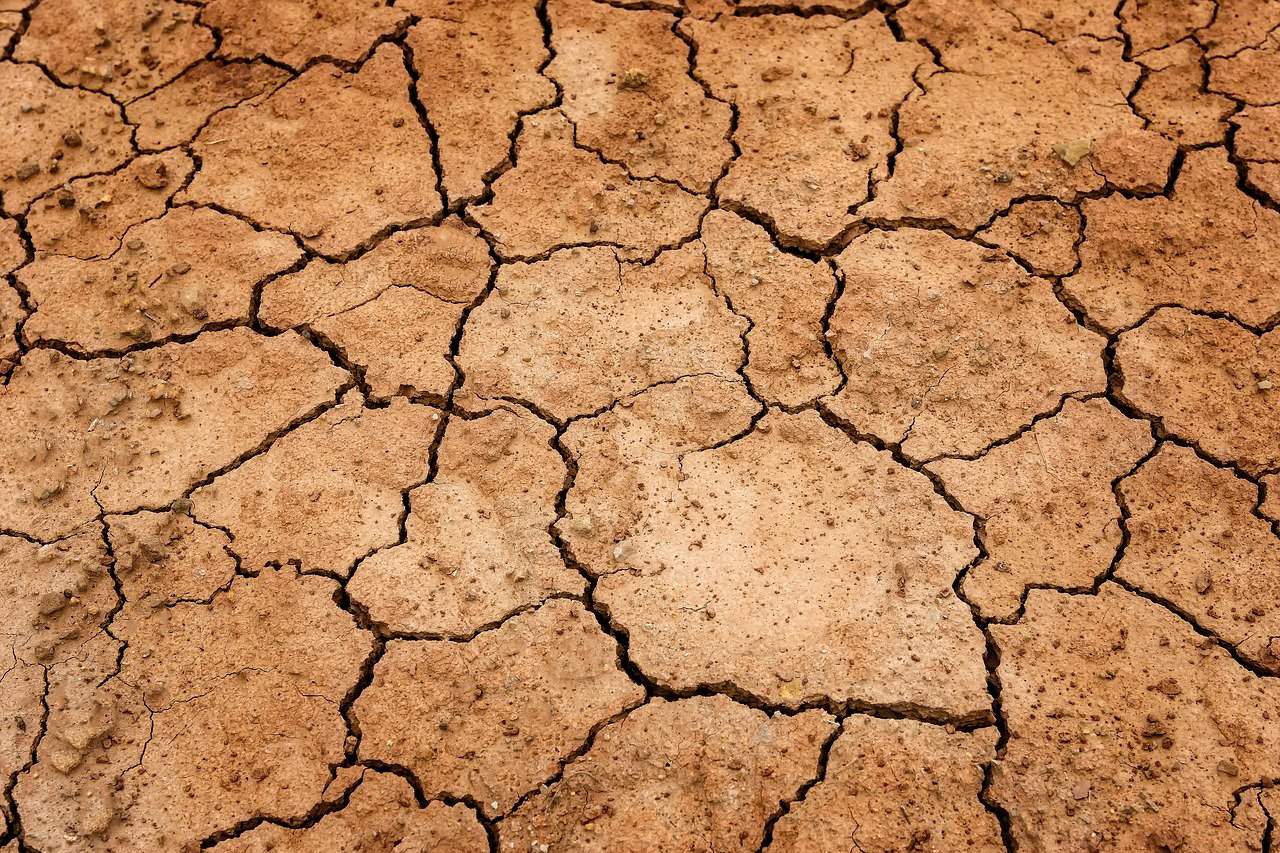 Contrary to popular belief, a drought isn’t just a time of the year that’s unnaturally hot. Droughts are a natural phenomenon that can damage crops and threaten water supply. There are different types of droughts, with various causes and effects. Learn more about how it affects us with these drought facts.

Quick Facts
Essential Facts
Interesting Facts
Table of Contents
01 Drought Facts Infographics
02 Drought has 4 main types.
03 Predicting droughts takes a while.
04 Climate change is one of the contributing factors to drought.
05 Trees can determine climate and drought patterns.
06 Droughts can create dust bowls.
07 China experienced the worst drought in the world for 3 years.
08 The Texas drought lasted 5 years.
09 A Californian drought once lasted 8 years.
10 California drought has been a recurring feature state's climate.
11 Droughts are a possible cause of war. 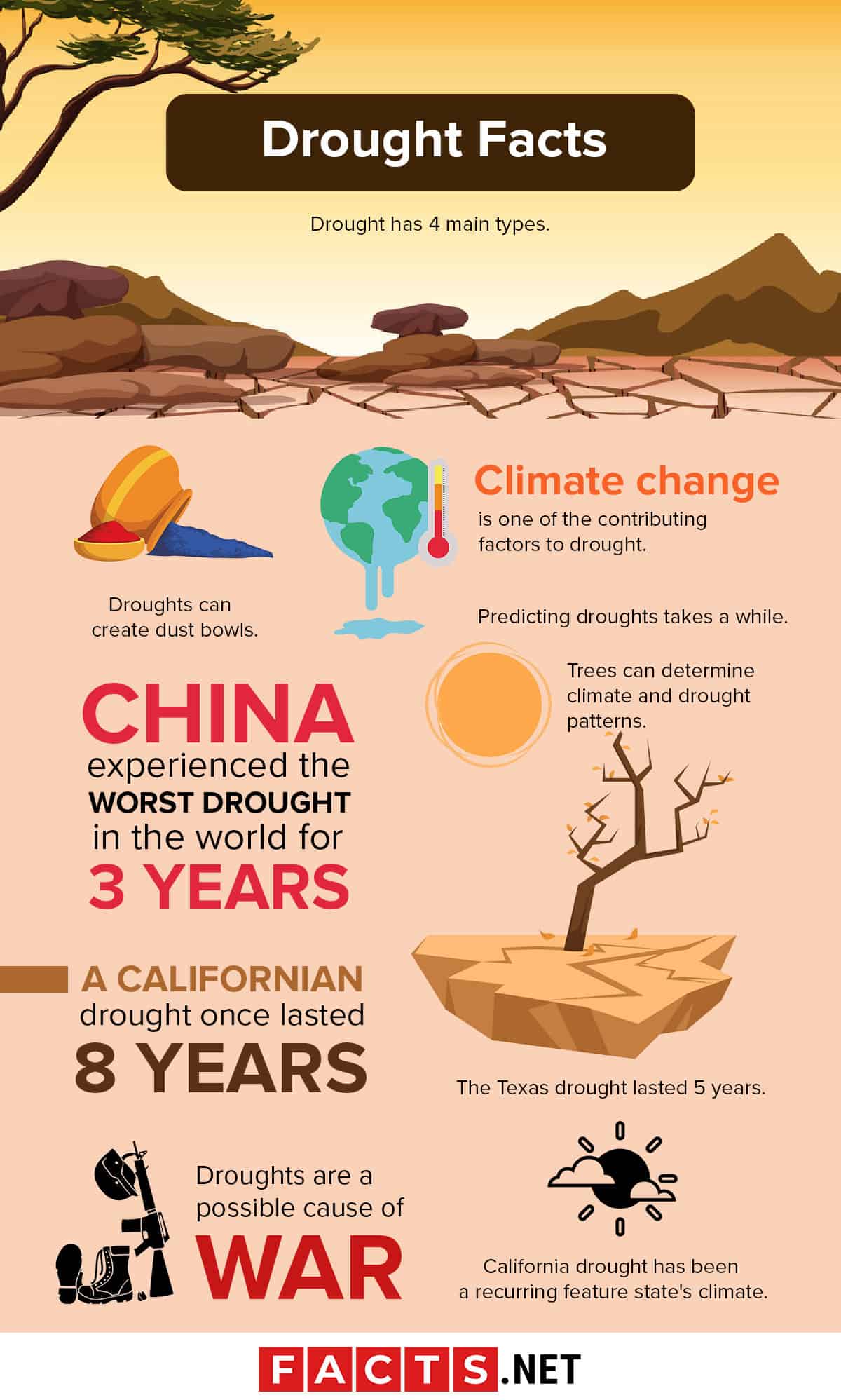 Predicting droughts takes a while.

One of the more alarming drought facts: Droughts are not as predictable as other sudden weather events such as hurricanes, thunderstorms, and tornadoes. It might take weeks or months to identify the initial effects of a drought, much less predict when it ends.

Climate change is one of the contributing factors to drought.

Climate change has already been affecting global patterns not only in terms of drought, but also in hydroclimate trends and variability. Subsequently, these patterns of abnormal weather is expected to continue as long as the world continues to warm.

NASA research uses tree rings in comprehending past models of droughts and climate. They incorporate soil moisture data into the estimation of future risks of drought in the 21st century. As a result, NASA has found how humans have been influencing global drought patterns for almost a century now.

Dust bowls result in the complete blowing away of the topsoil layer. Hence, the soil left behind would not have ample nutrients left to sustain crop growth after the end of the drought.

China experienced the worst drought in the world for 3 years.

According to the Guinness Book of World Records, approximately 9-13 million people died when it didn’t rain in Northern China from 1876 to 1879. It was around the same time when monsoon rains befell India for 2 years (1876-78), killing around 5 million people.

A Californian drought once lasted 8 years.

California suffered its longest drought period from December 2011 to March 2019. Moreover, the most intense period was observed in the week of July 29, 2014.

California drought has been a recurring feature state's climate.

Since the state kept records starting in 1895, California has recorded its driest season from the fall of 2011 to the fall of 2015. Record history also shows that 2014 and 2015 were the state’s hottest years, following worsened effects due to high temperatures.

Droughts are a possible cause of war.

One of the drought facts that shows how it can affect us is that drought can cause wars. Such was the case in Darfur, Sudan. The conflict arose from decades of drought, overpopulation, and land degradation. In these cases, people were forced to find access to water outside of their respective regions, causing territorial disputes.