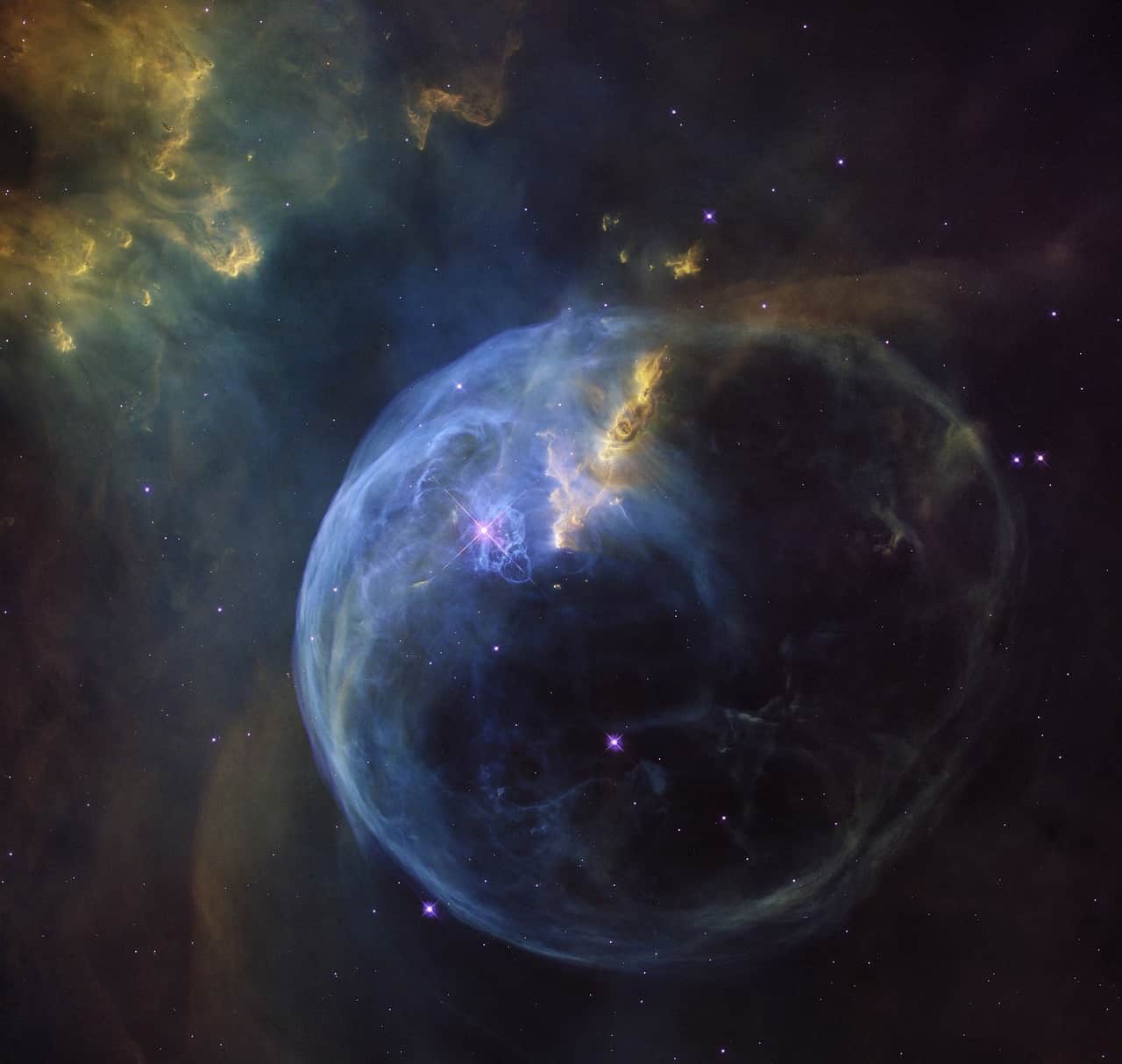 Quick Facts
Essential Facts
Interesting Facts
Table of Contents
01 There are other countries which produce helium, apart from USA.
02 Russia is catching up in helium production.
03 Helium in Russia is produced only by one company.
04 Helison Production S.P.A. is the biggest helium company in Algeria.
05 Two of Qatar's biggest companies merged for helium.
06 Possibility of helium shortage is imminent.
07 There is a short supply of helium on Earth.
08 This is the density of helium.
09 There are much more uses for helium than just for balloons.
10 8 states in the United States produce helium.
11 Joseph Norman Lockyer discovered helium.
12 The discovery date of helium is August 18, 1868.
13 Scientists detected helium on Earth in 1881. They found it in 1895.
14 Ernest Rutherford and Thomas Royds demonstrated alpha particles are helium nuclei.
15 The purity of commercial helium is at 99.95%.
16 Here's how to produce helium.
17 We can also extract helium found in the air.
18 Helium-3 is a stable isotope element with more protons and neutrons.
19 Helium-3 is abundant on the moon.
20 Helium-4 is a stable isotope of the element helium.
21 Helium-4 has almost no viscosity at low temperatures.
22 Most of helium in the universe is helium-4.
23 Helium contributes 23% of elemental mass in the universe.
24 Helium has the least density of all noble gases.
25 Medical equipment use liquid helium.
26 Divers use helium for deep diving.
27 A 110-pound person can be lifted by helium balloons.
28 A new helium gas field was discovered in Tanzania.
29 This is helium's symbol and atomic number.
30 Inhaling excessive helium is dangerous.

There are other countries which produce helium, apart from USA.

Few countries in the world like Russia, Algeria, and Qatar also contribute to the production of helium outside the United States.

Russia is catching up in helium production.

Helium in Russia is produced only by one company.

Orenburg Gas Processing Plant only produce helium in Russia. It is global energy company that specialises in geological exploration, gas and oil production, storage, and transportation. Russia has the tools to become a major helium producer in the world.

Helison Production S.P.A. is the biggest helium company in Algeria.

One of the biggest companies in Algeria is Helison Production, a private company in Algiers that focuses on industrial gases. The company has a plant in Skikda, a city in northeastern Algeria. It has a production capacity of 16 million cubic meters of helium per year. But, the plant’s capacity reduced to 8 million cubic meters per year because of an explosion in 2004.

Two giant companies in Qatar merged to produce helium. They are Ras Laffon Helium and Qatargas. The company has the capacity to make 9 tonnes of helium per day or 700 million standard cubic feet per year.

Possibility of helium shortage is imminent.

In 1982, there were discussions from many points of view about the possibility of a helium shortage. Helium is a by-product of natural gas extraction. Low supply can affect researchers and industrial consumers of helium. It may also lead to loss of research materials and equipment. As a result, helium consumers think of better alternatives to lower helium consumption.

There is a short supply of helium on Earth.

The element is superabundant in the outer space. Stars’ fusion reaction make this element. However, the helium on our planet comes from a different process coming from our natural resources. We might run out of helium within 25 to 50 years because of excessive consumption.

This is the density of helium.

There are much more uses for helium than just for balloons.

Helium inflates blimps, balloons and is useful for research purposes. For industrial, it used as an inert shield for arc welding, pressurise fuel tanks of liquid-fueled rockets, and in supersonic wind tunnels.

All helium that we use came from natural gas. Most of the helium produced by the United States came from different states such as Arizona, Colorado, Kansas, Texas, Oklahoma, New Mexico, Utah, and Wyoming.

Lockyer, an amateur astronomer, discovered the first element to be identified outside Earth which is helium. Norman Locker is born in 1836 in Rugby, England. He was the only son of a surgeon and apothecary owner. Together with a French scientist named Pierre Janssen, he is credited with discovering helium. Lockyer also is known for being the founder and first editor of the influential journal Nature.

On August 18, 1868, French astronomer Pierre Janssen a bright yellow line with a wavelength of 587.49 nanometres in the spectrum of the chromosphere of the sun. It is during a solar eclipse in India. Scientists consider this date to be the date of discovery of helium.

In 1881, physicist Luigi Palmieri detected the presence of helium on earth. He is also famous for his scientific studies of the eruption of Mt. Vesuvius. William Ramsay found helium in 1895. He is a Scottish chemist who discovered the noble gases.

Rutherford is a New Zealand-born British physicist also known as the father of nuclear physics. Royds is a Solar physicist who worked with Ernest Rutherford. They demonstrated that alpha particles are helium nuclei in the year 1907. They did this through allowing the particles to penetrate the thin glass wall of an evacuated tube then generating a discharge in the tube.

For decades, the United States made more than 90% of commercial helium on the planet. But, Poland, Russia, and Canada produced 10% of the market share. The production of helium between 1930 and 1945 was 98% pure and only containing 2% nitrogen which was enough enough for airships. In 1945, 99% of helium produced is for welding and by 1949, commercial volume of Grade A helium was at 99.95% purity.

Here's how to produce helium.

We can also extract helium found in the air.

People use the process few and far between. Making helium by air extraction is more expensive than the traditional process. However, that can be the last and best option to do once the helium on earth runs out.

Helium-3 is a stable isotope element with more protons and neutrons.

It is a non-radioactive isotope with two protons and one neutron of helium. It was discovered in 1939. Helium-3 is a stable isotope element with more protons and neutrons. Some scientists suggest that this is an ideal fuel for fusion power generation.

Helium-3 is abundant on the moon.

This isotope may not be that popular our planet yet. However, studies have shown that there is plenty of helium-3 on the moon. The plan to mine helium-3 from the surface of the moon will represent technological and human advancement. Also, it will bring extensive advantages for our planet if done responsibly. Space agencies in India, Russia, and China stated that mining helium-3 in the moon can be very rewarding for lunar exploration.

Helium-4 is a stable isotope of the element helium.

An isotope called helium-4 has two protons and two neutron particles in the nucleus. Helium-4 is a stable isotope of the element of helium that makes up 99% of the earth’s helium. One-quarter of the ordinary matter in the universe by mass is made up of helium-4. Scientists discovered helium-4 in the mid-1930s.

Helium-4 has almost no viscosity at low temperatures.

In 1938, Russian scientist Pyotr Leonidovich Kapitsa discovered that helium-4 has almost no viscosity at temperatures near absolute zero. He called this occurrence superfluidity.

Most of helium in the universe is helium-4.

The Big Bang formed most of it. Nuclear fusion of hydrogen in stars create the most of the new helium.

Helium contributes 23% of elemental mass in the universe.

Compared to the presence of helium in the whole universe, earth has a limited resource of it and is considered rare. On the other hand, helium contributes 23% of the total elemental mass of the universe we know and see.

Helium has the least density of all noble gases.

The 7 noble gases are radon, xenon, argon, oganesson, krypton, neon, and helium.  Out of the 7 elements, helium has the least density. It is the lightest of all the noble gas family. Noble gases are all colourless, odourless, tasteless, and non-flammable gases. First used in the year 1898 by Hugo Erdmann (German chemist), the noble gas is translated from the German noun Edelgas to state their extremely low level of reactivity.

In hospitals, they use liquid helium to cool the magnetic coils of MRI scanners to -227 Celcius. This enables them to generate brief and intense magnetic fields. The magnetic fields cause atoms inside the body to reverberate with their own magnetic signatures. The machine will detect those signatures and create pictures of tissues and internal organs.

Divers use helium for deep diving.

It is a replacement for nitrogen since it is non-toxic. Nitrox (nitrogen and oxygen) can only go up to 121 feet. But, helium can go up to 984 feet.

A 110-pound person can be lifted by helium balloons.

While its lifting power is quite low, it can certainly do the job. 3,600 helium balloons can lift a 110-pound person and float up in the air.

A new helium gas field was discovered in Tanzania.

In the East African Rift Valley region of Tanzania, scientists discovered a big helium gas field. They suspect that this field is larger than the whole helium reserves of the United States. Discoveries like this will really ease the global demand for helium.

This is helium's symbol and atomic number.

The symbol of helium is He. Its atomic number is 2 in the periodic table. Helium is the second most ordinary element after hydrogen. The boiling point of Helium is the lowest among all the elements.

It is generally safe and non-toxic. Professional divers even use it, as a matter of fact. However, inhaling helium is harmful because helium is an asphyxiant. Asphyxiants are substances that can cause unconsciousness or death by suffocation. Inhaling helium directly from party balloons can be dangerous. It can result in barotrauma.