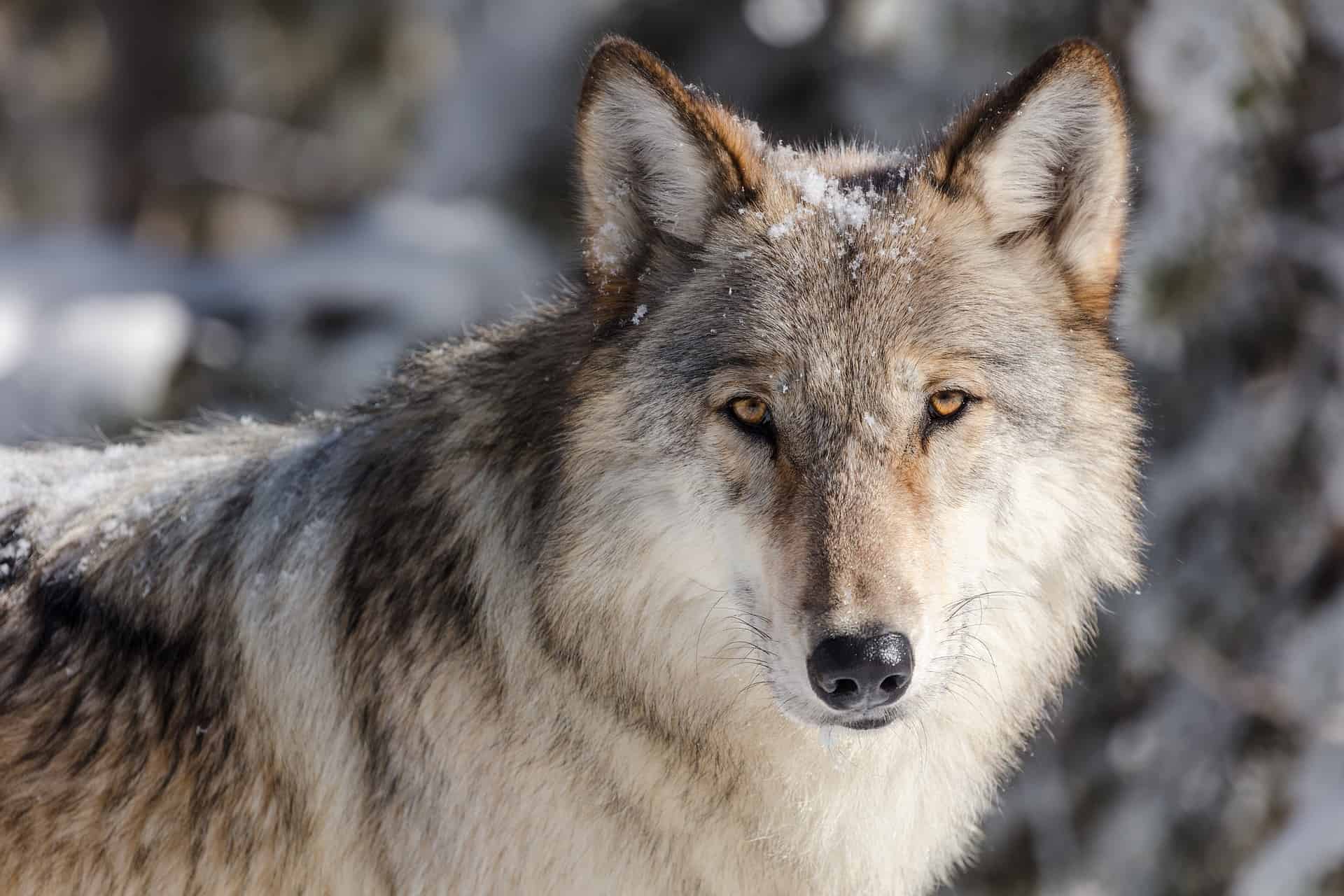 There are plenty of attacks by wolves on humans each year, as wolf facts will show. But in the United States and Canada, documented attacks are hard to come by. History shows that over 3,000 people were killed by wolves in France between 1580 and 1830. This led to the construction of special structures along highways to protect travelers from roaming wolf packs. There are accounts of Allied and Central Forces joining together during World War I in order to battle attacking wolves who were attracted to the battlefields by the strong scent of human blood. The wolves in India and Russia are considered to be the most dangerous.

Most Coyotes Are Wolf Hybrids

In areas where wolves have been eliminated, either because of loss of habitat or hunting, coyotes are usually found in large numbers. Coyotes have begun to migrate into more suburban areas and have even been found in major cities. Genetic testing conducted on 100 coyotes in Maine showed that 22 of them were related to wolves in some form. These animals have been named coywolves. Typically bigger than regular coyotes but smaller than a wolf, these animals show fearlessness in the presence of humans but also follow wolf practices, such as hunting in a pack and exhibiting high levels of aggression.

There are some intriguing wolf facts, one of them being that wolves are opportunistic carnivores. This means that if a chance to eat presents itself, very few wolves will turn it down. This sometimes means eating sick or injured pack members, and even wolves that have died. Their harsh habitat is usually the reason for this, as food can be hard to come by. If a wolf is caught in a snare trap, it must be released or moved very quickly, or passing wolves will attack it. It is common for packs in the wild to attack each other if their paths cross, often resulting in the alpha males being killed. Their own offspring will even eat them if this is the case.

Wolves Can Weigh over 200 Pounds

Wolf facts tell us that on average, a wolf weighing 88 pounds is considered to be quite large. But one of the more surprising wolf facts is that these animals can reach a weight of over 200 pounds. The farther a wolf lives from the equator, the larger it may become. A wolf that was killed in Alaska in 1939 weighed in at 175 pounds, while a wolf in the former Ukraine SSR tipped the scales at 190 pounds. There have been many reports of wolves that weigh over 200 pounds. It can be assumed that wolves of this size are alpha males and live in an area where finding food is not as difficult as in other wolf habitats.

Wolves Eat Their Prey While It Is Still Alive

An interesting wolf fact is that these animals have little empathy for their victims. They hunt in packs and attack their prey together. With their strength in numbers, they are able to take on large animals, such as deer, moose, and elk. They surround their prey and attack from several angles, biting and slashing at the legs and stomach of their prey until it collapses. The wolves will then start feasting immediately, usually while the animal is still alive.

Wolves Were Once Almost Extinct

Wolves thrived in North America at one time but their population caused many problems for humans, especially farmers. The wolves would attack livestock at night and wreak havoc on entire farm towns. They were hunted, poisoned and trapped in an effort to protect captive animals. Wolves would also take domestic animals, especially small dogs, for a quick meal. This, combined with large spread habitat loss, led to the near-extinction of wolves in America. They were slowly reintroduced through breeding programs.

Wolves Can Interbreed with Dogs

Wolves will typically mate from late winter to early spring. Gestation lasts a couple of months and the cubs are born during the warmer late spring and early summer season. This allows them to grow strong enough to survive their first winter, the hardest time of year for any wolf. The cubs will stay close to their mothers in the pack until they are grown. Females will usually stay with the pack but males will leave to form a pack of their own. Wolves can also breed with dogs, coyotes and jackals, all producing healthy offspring.

Wolves Have Been Used in Medicine

The Aztecs used wolf liver as the main ingredient when treating melancholy. They were also known to prick the breast of a sick patient with a sharp, carved wolf bone in an attempt to delay death. Europeans during the Middle Ages would use powdered wolf liver to ease the pain of childbirth. Eating dried wolf meat was said to be a cure for sore shins. Sometimes food involving wolves was avoided, however. The Greeks believed that if someone ate the meat from a lamb that was killed by a wolf, they would turn into a vampire.

Most Female Wolves Do Not Mate

One of the most basic wolf facts is that each pack of wolves contains an alpha male and an alpha female. Usually, these are the only two wolves to mate, and they will stay together for life. This keeps the cubs that are born strong and keeps the population of the pack from getting out of control. The other female wolves in the pack will care for the cubs as if they are their own, protecting and nurturing them until they reach adulthood, or until they leave the pack.

The Wolf Howl Is a Means of Communication

A wolf’s howl only lasts about five seconds, but usually, other wolves will join in, creating a long-lasting howl that has become the most famous feature of this animal. Wolf facts show that they howl to contact separated members of the pack, get the group ready before hunting, or as a warning to other packs that may be getting too close to their territory. Wolf facts tell us that a wolf will also answer to a human imitating a howl if it is done correctly.

Wolves Lived During The Ice Age

The wolf is believed to be an ice age survivor, putting the animal’s existence at around 300,000 years. Wolves are an ancestor of the domestic dog and are believed to have been selectively bred in order to generate appealing traits that were similar to those of dogs, while also generating new traits.

Black Wolves Are Not a Product of Nature

Stanford University conducted a study in 2008 that found a mutation is responsible for black fur in dogs. This led to the conclusion that black wolves are the result of gray wolves breeding with domestic dogs. The mutation is a dominant trait and can be compared to the dominant eye and hair colors in humans. The majority of the offspring will inherit black fur. While it is not entirely clear if black fur offers any benefits to wolves, some observations show that black wolves are more immune to certain infections. More black wolves are found in North America than any other location.

Wolves Can Be Rabid and Dangerous

Wolves are able to catch rabies from other species, such as the fox and raccoon. Many animals become lethargic and disoriented when they contract rabies, but wolves do the opposite. Almost immediately, the animal will fly into a rage. Most attacks made by wolves on humans are a result of this rabid rage. The concern with this type of attack is that wolves tend to bite near the head and neck. Other rabid animals are smaller and weaker, so bites may be in a safer area of the body and treatment can be ministered to in time. If a human survives the attack from a rabid wolf, the location of the bite can make it difficult to administer medicine on time, and the virus may reach the human brain.

One of the more historical wolf facts is that as bodies piled up faster than the healthy members of towns could keep up with during the Black Death, it was only a matter of time before wolves began to move into the towns and consume the dead. Some animal experts believe that this may have spawned an entire wolf generation that feasted mostly on human flesh, causing them to view humans as another type of prey.

The Vikings Respected the Wolf

The Vikings had a unique respect for this powerful animal, revealed by wolf facts. They were known to wear wolf skins and even drink the blood of the animal before engaging in battle. This was thought to allow them to embrace the wolf’s spirit and carry it with them as they fought. They also considered real wolves to be their battle companions and had a name for them, hraegifr, which means corpse trolls.

A Wolf’s Jaw Is Its Best Weapon

The wolf’s jaw is a center for incredible power. Wolves have 42 razor-sharp teeth that are made for stabbing and shearing their prey. They are even strong enough to crush bones. The wolf’s jaw has a crushing pressure of nearly 1,500 pounds per square inch, which is double the pressure of a dog’s jaw.

You Could Never Eat as Much as a Wolf

A wolf is always on the lookout for its next meal. If a wolf is hungry enough and is able to find a large food supply, it can eat as much as 20 pounds of meat in a single meal. This is the equivalent of a human eating 100 hamburgers.

Wolves’ feet have many characteristics that help them get along much faster than other animals. For example, their paws have small webs between the toes that let them swim up to eight miles at a time without stopping. Wolves also run on their toes, saving them time and helping them to make fast and sharp turns. 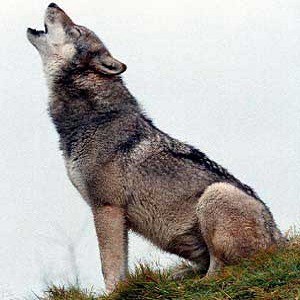 Wolf facts cover a wide range of information pertaining to this unique and powerful animal. While they once ruled the globe, they have been nearly eliminated by human involvement. These facts focus on the hunting technique of the animals, how they raise their young and how they have made an impression throughout history in many different cultures.