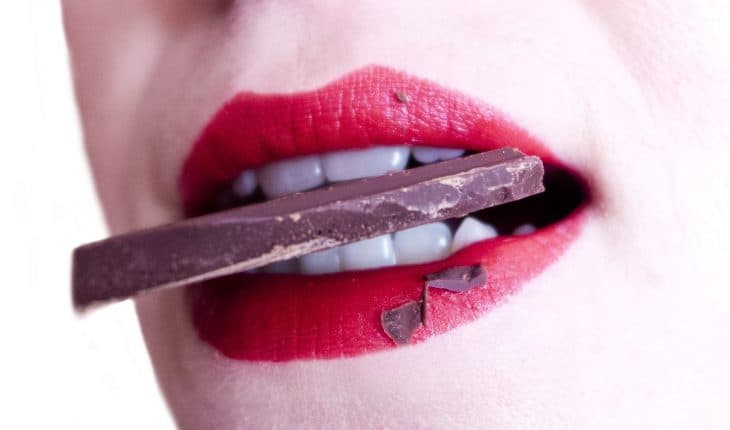 Dental facts you’ve never thought of – from the amusing to the downright terrifying. These facts about teeth will make you appreciate your pearly whites a bit more.

Quick Facts
Essential Facts
Interesting Details
Table of Contents
01 Dental Facts Infographics
02 Ancient civilizations used to think tooth aches were caused by “tooth worms.”
03 The first dentures were made in 700 B.C.
04 Snails have the most teeth of all animals.
05 People have used toothpaste since 500 B.C.
06 A T-Rex tooth fossil can weigh up to a pound.
07 If you were born in ancient times, you’d either kiss a donkey or ask a frog to take your tooth pain away.
08 The most teeth removed from a person is 526.
09 The most expensive human tooth is John Lennon’s molar.
10 If you skip flossing, you miss cleaning 40% of your teeth.
11 Giraffes don’t have upper teeth.
12 Braces have been around since 1819.
13 White sharks have 3,000 teeth.
14 Tooth decay is the second most common disease.
15 The narwhal has the longest tooth of any animal.
16 The biggest tooth ever recovered from a human is 1.4” long.
17 Blue whales are toothless.
18 Cheese protects your teeth.
19 Wait a full hour before brushing your teeth.
20 China celebrates Love Your Teeth Day on September 20th.
21 Grills have been around as long as the Mayans.

The first recorded mention of tooth decay and toothache was on a Sumerian clay tablet called the “Legend of the worm” from 5000 B.C. The belief that tooth worms cause tooth decay and tooth pains was prominent in the ancient civilizations of India, Egypt, Japan, and China until the Age of Enlightenment.

The first dentures were made in 700 B.C.

Around 700BC, the Etruscans in Northern Italy made temporary dentures out of human or animal teeth.

Snails have the most teeth of all animals.

One of the more surprising dental facts: A snail’s mouth is the size of a pin, but its can have up to 20,000 teeth, depending on the species. To top that off, a species of marine snail’s teeth are made of the strongest natural material in the world. Limpets’ teeth were shown to be 5 times stronger than spider silk.  Their teeth can withstand extreme pressures that would turn carbon into diamond.

People have used toothpaste since 500 B.C.

As early as 500 B.C., tooth powders have been used by the people of Greece, Rome, China, and India. These powders were very rough and usually included a mix of crushed bones.

A T-Rex tooth fossil can weigh up to a pound.

The Tyrannosaurus Rex had 50-60 teeth, with the biggest T-Rex tooth ever recovered being 12” long. With this size, its jaw had to be around 4 ft. long to fit its teeth.

If you were born in ancient times, you’d either kiss a donkey or ask a frog to take your tooth pain away.

Okay, people were really weird about teeth back then. Pliny once wrote that a good remedy for toothache was telling your local frog all about it.

The most teeth removed from a person is 526.

A 7 year-old boy in Chennai, India had 526 teeth extracted from his mouth after complaining of severe jaw pain and swelling. When doctors examined his mouth, they found a sac in his lower jaw filled with abnormal teeth, which they had to surgically remove. The entire procedure took 4-5 hours, and it took 3 days for the boy to be discharged from the hospital.

The most expensive human tooth is John Lennon’s molar.

John Lennon had the most expensive tooth ever sold at auction, costing £23,010 ($36,857). Lennon’s molar was bought by Dr Michael Zuk of Canada at the Omega Auction House in Stockport, Cheshire, UK, on November 5th, 2011.

If you skip flossing, you miss cleaning 40% of your teeth.

If you don’t floss, the surfaces of your teeth that can’t be reached by brushing will have plaque and tartar buildup.

Giraffes use their lips and long tongues to grab leaves and twigs to eat. They regurgitate them before using all their back teeth to grind them up before swallowing.

Braces have been around since 1819.

The first braces were created by Christophe-Francois Delabarre in 1819. A wire ‘crib’ was placed directly over each set of two teeth to keep them in place.

Shark teeth range from 5 to 50 rows of serrated, triangular teeth. It is estimated that a shark will lose up to 30,000 teeth in their lifetime.

Tooth decay is the second most common disease.

Second only to the common cold, tooth decay is a disease silently spreading. Practicing proper dental care can prevent your teeth from causing oral complications such as cavities or abscesses.

The narwhal has the longest tooth of any animal.

The narwhal has its most distinct feature in a single long tusk, which is actually a canine tooth. The tooth projects from the left side of the upper jaw, through the lip, forming a left-handed helix spiral tusk. The tusk reaches a length of up to 10ft. It is hollow, weighing around 10 kg. Additionally, about 1 in 500 males has two tusks, which occurs when the right canine also grows out through the lip. Only 15% of females grow a tusk.

The biggest tooth ever recovered from a human is 1.4” long.

The Guinness World Record for the biggest human tooth goes to Indian cricketer, Urvil Patel. He had his large canine extracted and came home from the procedure to find that his 3.67 cm long tooth was a record breaker. His tooth was nearly double the size of an average human tooth.

Despite being the largest mammals in the world, the blue whale diet is mainly tiny shrimp called krill, so there’s no need for teeth. Instead, they have bristle-like filters called baleen that comb through the water for food.

Wait a full hour before brushing your teeth.

Brushing within just a half hour of eating or drinking certain foods can actually damage enamel as the enamel is softer during this time.

As the name suggests, Love Your Teeth Day is an annual celebration in China which promotes proper oral and dental care.

Grills have been around as long as the Mayans.

Ancient Mayan remains showed dentistry techniques ahead of their time. Mayan men of status had gemstone implants in their teeth, believing that having such boosted their aesthetics.