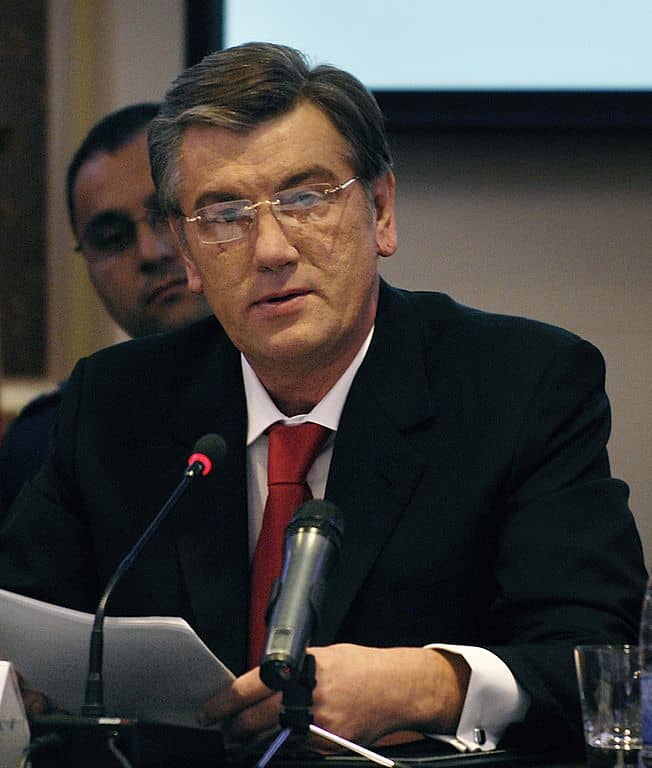 Before life as Ukraine’s third president, Viktor Yushchenko lived through many experiences. These challenges ranged from being a family man, to surviving a failed assassination attempt. However, there’s no doubting Yushchenko’s academic and political achievements. Take a closer look at the man formerly behind Ukraine with these Viktor Yushchanko facts.

He became an effective governor of the National Bank of Ukraine.

During his days in the central bank, he established the modern regulatory system for commercial banking. He also did steps to strengthen Ukraine’s currency , the Ukrainian Hryvnia. That’s a fact to put your money on.

Outside of his political roles, Viktor Yushchenko  authored The Development of Supply and Demand of Money in Ukraine. He defended this thesis to the Ukrainian Academy of Banking, a state-owned higher educational institution within the National Bank of Ukraine. After a successful thesis defense from Viktor, he achieved a doctorate in economics.

Viktor Yushchenko was removed from the office as a prime minister.

During his term, his administration had a conflict with the coal mining and natural gas industries. As a result, Motion of No Confidence removed Viktor Yushchenko from the office.

Viktor Yushchenko declared his candidacy for president as an independent.

When Leonid Kuchma’s term was about to end, Yushchenko declared his candidacy as an independent. Due to his excellent credentials and past experience, he won the votes of the people. He became the president on January 23, 2005, winning against Viktor Yanukovych.

Viktor Yushchenko fell ill during the presidential campaign in September 2004.

In the middle of his campaign in September 2004, Yushchenko became seriously ill. He was flown to Vienna for treatment and got diagnosed with acute pancreatitis due to viral infection and chemical substances.  After the incident, Viktor’s face became bloated and disfigured with facial scars.

Investigations revealed that Yuschenko's illness resulted from a botched assassination.

Upon investigation British toxicologist Professor John Henry declared that the damages in Yushchenko’s face indeed came from dioxin poisoning. Further research confirmed that the poison in his food was deliberately engineered in a lab. However, no one has been prosecuted for the assassination attempt due to citizenship laws.

Many believed that political opponents orchestrated Viktor Yushchenko’s poisoning. Others believed that he was not the favored candidate of Russia. On the other hand, Viktor Yanukovych, his opponent, was the most pro-Russian.

Among his amazing feats, Viktor Yushchenko cleaned out all levels of Ukraines executive branch in his first few days in office. Although he intended to fight against corruption, many viewed it as an attempt to monopolize political power.

As a politician, most people saw Yushchenko as a blend of Ukrainian nationalist and Western-oriented. Moreover, he supported Ukraine to Europe and NATO’s thrust. He preserved the country’s culture. Yushchenko also spearheaded free-market reforms, restoring historical monuments, and reviving Ukraine’s history.