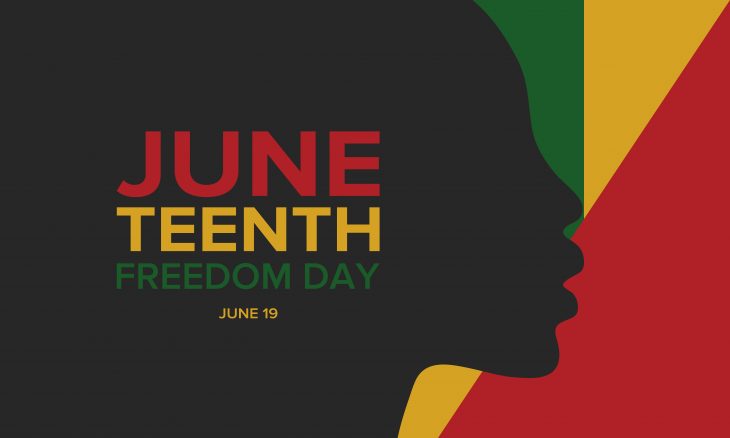 Slavery in the US has been a common practice since the early 1770s.  Slaves were primarily Africans or African-Americans who were under the property of well-off Europeans and even Americans. Under the protection of the law back then, an enslaved person could be sold, given away, or bought. But things changed after the Thirteenth Amendment in the year 1865. June 19th that year was when the slaves were finally given their freedom. They were no longer slaves but were already people who could make their own choices and decisions. But despite the announcement, freedom was never absolute. In this list of Juneteenth facts, find out more about the struggles of freed slaves and how this celebration brought hope and dignity again to those who have been through so much oppression.

Juneteenth has gone through so many names.

One of the least known Juneteenth facts is that this celebration has been through so many names. Before it became the Juneteenth that we now know, it has gone through several name changes. Some of the few names are Cel-Liberation Day, Emancipation Day, Freedom Day, Second Independence Day, and Jubilee Day.

A park in Houston was bought specifically for the Juneteenth celebration.

Richard Allen, Elias Dibble, Jack Yates, and Richard Brock bought a 10-acre parcel of land. This was in 1872 and it was only for $800. The park is now known as the Emancipation Park located in Houston, Texas. Owners of the land were former slaves and they got it specifically for the celebration of Juneteenth.

The Jim Crow laws were local and state laws enforcing racial segregation in the US. This was then the cause of the dampening of freedom celebrations. Juneteenth got affected by this, too. Also, black farming families fled from rural areas to other urban environments to look for work. This was mainly because of the Great Depression. As a result, many families had difficulty in taking days off to celebrate the holiday to commemorate their freedom. Truly, one of the saddest Juneteenth facts on this list.

In 1968. Martin Luther King Jr. organized the Poor People’s Campaign. It was an effort for the poor people in the US to gain equality and economic justice. The movement was purposely done by King to coincide with the date of freedom celebrations in Washington. Those who were at the march took the same kind of celebration to their towns and states. Soon enough, the holiday then got reborn.

The General Order includes encouragement for the slaves to remain to their current owners.

There was a portion in General Order No. 3 advising the freedmen and women to stay with their owners. The freed slaves will not be given any support if they become idle anywhere in the country so they were given the advice to stay with their owners and work quietly. It does not come for free as the employers should pay them appropriate wage and compensation.

After Juneteenth, there was "The Scatter".

Despite the recommendation from the order to remain in their owner’s place, former slaves left their posts when they heard the original reading. The following weeks after the proclamation that they are already free, they left their state in great numbers. They went away to look for better opportunities and reunite with family members. These Juneteenth facts are just amazing in every way.

The freedom after Juneteenth was a struggle for many slaves.

The proclamation announcement did not sit well with the slave owners in Texas. They were not eager to part with them as they feel like the African-American slaves were their property. When the freed slaves tried to leave, some were beaten and even murdered. Their former owners would catch the slaves swimming across the river. They would heartlessly shoot them.

The design of the Juneteenth flag has a lot of meaning.

L.J. Graf was the designer of the Juneteenth flag. The flag has a bursting star in the center with the color blue on top and red on the lower portion. The star in the center pays respect to Texas and the bursting star signifies new people and freedom. The colors blue, red, and white echo the flag of America which symbolizes that the people who became slaves were also Americans.

Juneteenth is not yet a federal holiday.

Although most states in the US now recognize the celebration, it’s not yet a national holiday. It’s the oldest celebration in the US in commemoration of the end of slavery in the country. Only Hawaii, North, and South Dakota do not recognize the Juneteenth holiday. The rest of the 47 states do. Definitely an intriguing reality in this list of Juneteenth facts.

Some groups and cities have Miss Juneteenth pageants.

Through the years, the celebration of Juneteenth has evolved. From just a usual gathering of family and friends, it has grown into a tradition. Some states in the US celebrate it with pageants and contests like Miss Juneteenth. Celebrations for the commemoration vary. Some would have marches, parades, and barbecues. While other states in the US would have prayers, Juneteenth flag raising, and public service awards.