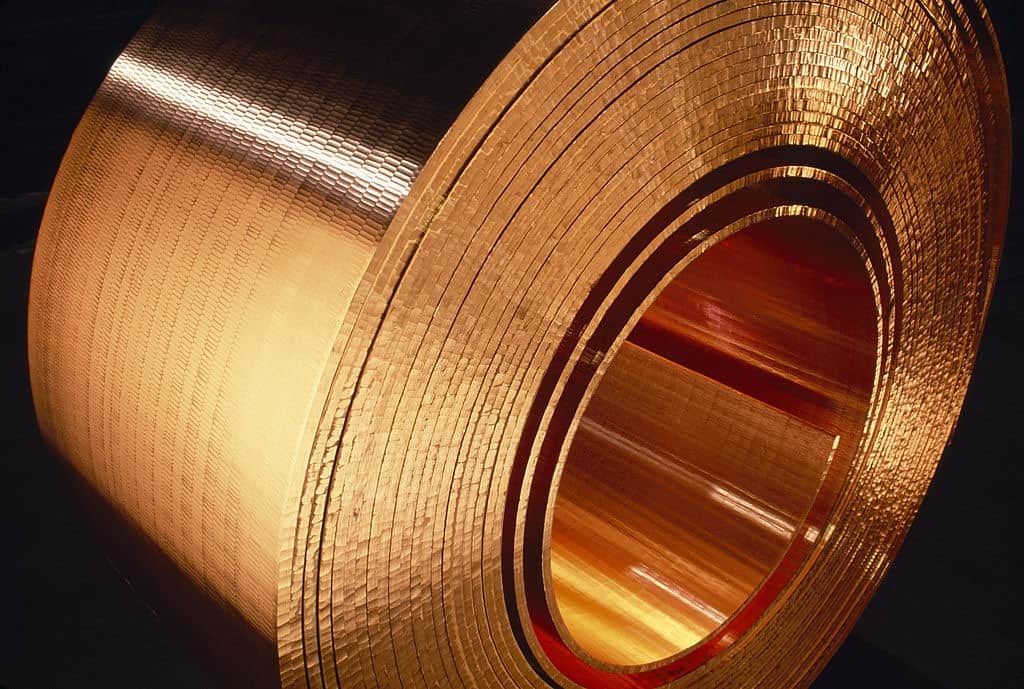 There is a reason why your teachers taught about copper in school. It’s not just to make you memorize the whole periodic table of elements. You might not know it then, but copper is an essential part of the Earth’s every day. Yes, not just yours, but the whole planet’s! Want to know why or how? Read these copper facts that could open your eyes to the world’s copper content.

Quick Facts
Essential Facts
Interesting Facts
Table of Contents
01 Copper discovery dates back to the prehistoric times.
02 The early Mesopotamians were the ones who discovered copper.
03 The name copper came from the Romans.
04 Egyptians indicated copper in their hieroglyph system using the ankh symbol.
05 Open-pit mines are the most common mining place for copper.
06 Exposure to the atmosphere turns the element to oxidized copper.
07 Ancient Egyptians used copper tubes for conducting water since 2750BC.
08 Copper has antibacterial properties as per Egyptian documents.
09 Copper is a lowkey home staple.
10 Copper alloys are present in jewelry.
11 Gold-copper is one of the most common metal compounds.
12 Copper has special nutritional benefits for pregnant women.
13 Copper is a fundamental element for bone strength.
14 Copper deficiency poses more threat than copper toxicity.
15 Copper deficiency could lead to more serious health problems.
16 Copper is an unrivaled material in cookware.
17 Compounding gold with other metals was banned in Europe until the 19th century.
18 An average car uses around 22.5 kg of copper.
19 Copper was once used as paper.
20 The Statue of Liberty in New York has more than 80 tons of copper.

Copper discovery dates back to the prehistoric times.

Records describing copper beads have surfaced as early as 9000BC in Iraq. Around 5000BC, the discovery of copper refining methods from its ores followed. It was not until about a thousand years later when the element also aided in North African pottery.

The early Mesopotamians were the ones who discovered copper.

Early Mesopotamians left traces hinting that they developed the ability to get and use copper.

The name copper came from the Romans.

Most copper in ancient times was from Cyprus. Hence, the Romans called it ‘aes cyprium’ which translates to ‘ore from Cyprus’. Its later modification became ‘cuprum’. That is were the modern-day ‘copper’ name came from.

Open-pit mines are the most common mining place for copper.

While they are mostly found in Chile, Utah and New Mexico, the element also thrives in Peru, Indonesia, and the U.S.

Exposure to the atmosphere turns the element to oxidized copper.

The reaction with oxygen upon contact is what causes the oxidation. It occurs during contact between water or air moisture and copper.

Ancient Egyptians used copper tubes for conducting water since 2750BC.

Archaeologists claim that the function first surfaced in Ancient Egypt. Berlin State Museum demonstrates a sample secured from a temple near the Sahure pyramid in Abusir.

Since the copper piping still stands in a sound condition, it shows how durable copper is as a major material for piping. What makes it more interesting is that the rest of the temple is now in a generally poor condition.

Copper has antibacterial properties as per Egyptian documents.

Dr. Bill Keevil discovered that an antibiotic-resistant bacterial staph strain could not withstand copper surfaces. However, they survive on platinum metals. This is a common material in the beds, doorknobs, and railings of hospitals.

This research compelled hospitals from around the world to install copper-touch surfaces. This is an attempt to prevent bacterial infections from spreading in hospital environments.

Copper is a lowkey home staple.

You could find this element almost anywhere in your home. From copper wires to pipings and tubings, building materials contain copper in the list for the electrical and plumbing industries.

Copper alloys are present in jewelry.

This metal base element could be molded easily. It makes a good pair with precious metals as copper could enhance the hardness, elasticity, flexibility, and color of the material.

Moreover, it increases the resistance of the substance to corrosion.

Gold-copper is one of the most common metal compounds.

Meanwhile, the sterling silver-copper alloy is useful in making not only jewelry but also utensils and tableware. The hypoallergenic properties of copper made sterling silver non-irritating on the skin.

This element is also essential for the development and growth of fetuses and new-born babies.

Copper is a fundamental element for bone strength.

Findings from the World Health Organization stated that this condition develops even in areas like the U.S. and Western Europe.

Some of them are anemia, bone abnormalities, heart circulation problems, and complications in the lungs, thyroid, kidneys, pancreas, nervous system and immune system.

Copper is an unrivaled material in cookware.

Copper cookware is an excellent heat conductor that guarantees consistent temperatures with limited thermal inertia. That’s why this material is a vital feature among the casseroles and jam pans of notable Michelin-star chefs.

Compounding gold with other metals was banned in Europe until the 19th century.

Even the infamous 24-carat gold has some copper content.

An average car uses around 22.5 kg of copper.

The presence of copper in electrical components allows the aptitude of gear and engine management as well as the extension of entertainment and sensor systems.

The more complex and efficient the electrical systems of modern cars are, the more electrical power it requires. Thus, more copper.

Copper was once used as paper.

A famous Dead Sea Scroll from Israel was found to be inscribed on a piece of copper instead of the traditional brittle parchment. While the scroll does not hold any religious texts, it hints at hidden treasures.

The Statue of Liberty in New York has more than 80 tons of copper.

The mined elements came from Norway and then French artisans fabricated the material. Copper endured the long travel from France to America and even survived the spray of salty sea and breeze of salty air.

Moreover, the statue’s naturally green patina served as her protection from corrosion since its establishment in 1886.