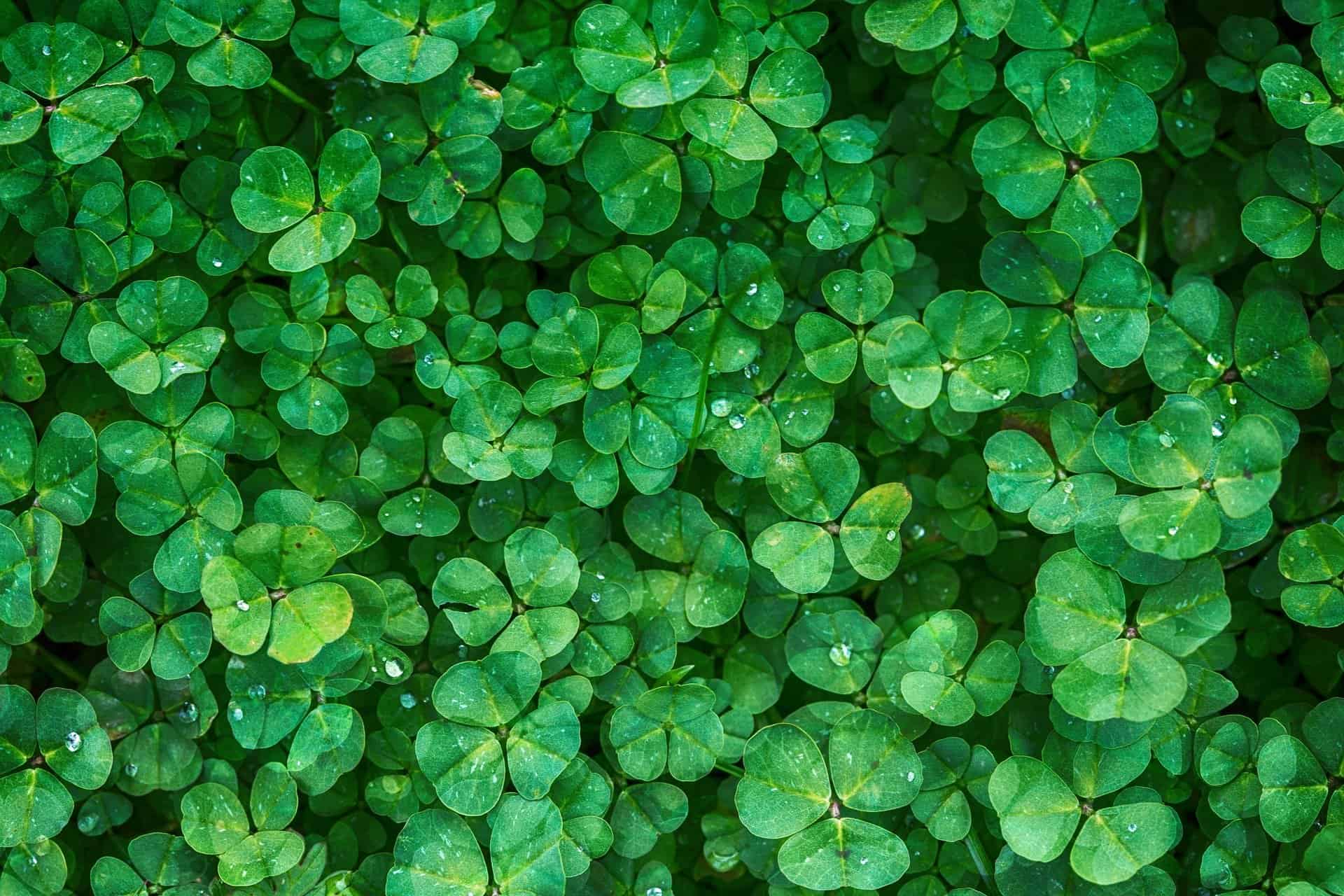 Table of Contents
01 All tea varieties come from the same plant, camellia sinensis.
02 Tulips were once more expensive than gold.
03 Dandelions are edible.
04 A good lawn can increase a house's value by up to 20%.
05 A 2,500 square foot lawn produces enough oxygen for a four-person family.
06 Over 70,000 plant species are medicinal.
07 The average tree can make 170,100 pencils.
08 Aspirin came from plants.
09 Watermeal is the world’s smallest flowering plant.
10 Dawsonia is the tallest moss.
11 Rubber can only be harvested from 6-year old trees.
12 Lily can reproduce from seeds, bulbs, and tissue cultures.
13 The corpse flower is the tallest flower.
14 The rafflesia is the biggest flower.
15 Mushrooms aren’t plants.
16 Scientists were able to grow a 32,000 year-old plant.
17 Potato skin is way healthier than its core.
18 Out of 1750 cacti species, 1749 are only found in America.
19 Bamboo is the fastest-growing woody plant in the world.
20 Redwoods are the tallest trees.
21 A Poison Garden in England is filled with venomous plants.
22 White baneberries look like doll eyes.
23 Baseball plants are exactly what they’re called.
24 There’s a plant that looks like stones.
25 90% of the food humans eat come from only 30 plants.
26 Amber is a fossilized resin from ancient trees.
27 Only 10% of the plant rich areas in the world are protected.
28 68% of plant species are endangered.
29 Plants are going extinct 5,000 times faster than expected.
30 Over half of all plant species are native to only one country.
31 Pineapples are the only edible plants from the bromeliad family.
32 Cumin is the most popular spice in the world.
33 The dwarf willow is the smallest tree.
34 Cabbages are 92% water.
35 Peas are the oldest veggie.
36 The largest seed in the world is the coco de mer.
37 The world's smallest seeds are from epiphytic orchids.
38 Approximately 1,700 species of plants live on the Arctic tundra.
39 The world's first botanical garden was created in Padua in 1545.
40 Pando is the oldest surviving tree.
Quick Facts
Essential Facts
Interesting Facts

Between supplying our oxygen and filling our tables or medicine cabinets, it’s no doubt plants are important to us. These plant facts show how vital plants are to our survival.

All tea varieties come from the same plant, camellia sinensis.

The same way that all wine comes from grapes, the only thing that differs is the processing methods.

Tulips were once more expensive than gold.

Tulips were once so valuable in Holland that their bulbs sold higher than gold. This phenomenon dubbed as “tulip mania” persisted for a year. However, this economic boom was short-lived as the tulip market crashed in 1637.

The dandelion is edible and rich in antioxidants that boost the immune system. European settlers originally introduced it into the U.S. as a salad green, but now it is considered a weed.

A good lawn can increase a house's value by up to 20%.

Keeping your greens healthy can boost the chances of you selling your residence for a bit more than you’d get for a Sahara-esque lawn.

Plants provide oxygen for us through photosynthesis, and the amount of oxygen in a 50 ft x 60 ft lawn would be enough to supply a 4-person family.

Over 70,000 plant species are medicinal.

These plant species provide herbal remedies for certain ailments. Ginger, onion, and oregano are a few plants that have a purpose beyond our kitchens and culinary ventures. These plants either heal, relieve, or improve the body’s condition.

That’s a lot of pencils.

The ancient Egyptians used willow bark as an all-around herbal remedy. The salicylic acid that gives this bark its healing component is also found in jasmine, beans, peas, clover, certain grasses and trees.

The world’s smallest plant is watermeal or Wolffia globosa. It is distinctly bright green and merely the size of a rice grain. Watermeal is from the genus of aquatic plants known as duckweeds. The Wolffia also bears the smallest fruit.

Dawsonia is the tallest moss.

The Dawsonia superba is a large moss, growing to 23.6” in height. It is the tallest moss in the world. It is commonly found in New Zealand, Australia, and New Guinea.

Rubber can only be harvested from 6-year old trees.

The rubber tree’s milky latex wax can only be harvested and processed into industrial rubber after the tree has reached 6 years of age.

Lily can reproduce from seeds, bulbs, and tissue cultures.

Lilies can reproduce both sexually and asexually.

The corpse flower is the tallest flower.

The Titan arum plant known for its morbid smell and coloration grows from 10-15 ft. Its leaves can reach wa width of 13 ft. The tallest bloom recorded for a corpse flower is 10 ft 2.25” tall.

The rafflesia is the biggest flower.

Also known as the Monster flower, the rafflesia is the biggest flower. Rafflesia reaches a width of over 3 ft. No one knows what the spikes at its center are for, nor trace this plant’s genetic origins. Currently, scientists have not been able to reproduce it.

Instead, mushrooms belong to the kingdom Fungi, which also includes yeasts, rusts, mildew, and mold. How’s that for plant facts?

One of the more hardcore plant facts: In 2012, Russian scientists reproduced an extinct plant dating back to the Ice Age. Seeds of the Arctic Siberian Campion plant were recovered from prehistoric squirrel burrows, which were preserved by the Siberian permafrost.

Potato skin is way healthier than its core.

It is better to leave the skin on potatoes while cooking because all its vitamins are in the skin.

The R. baccifera or Mistletoe Cactus is the only cactus naturally found outside America. It is theorized that bird migration brought these seeds outside the Americas. Another theory cites the continental drift theory. Some, however, simply say that it was human trade that got these cacti so far away from their brothers.

Bamboo is the fastest-growing woody plant in the world.

Bamboo grows over an inch each hour, and 35 inches in one day.

Redwoods are the tallest trees.

These tallest of trees reach over 350 ft. The tallest living tree in the world is Hyperion at 380 ft. Hyperion is a coast redwood (Sequoia sempervirens) in California. Redwoods can grow to diameters of 24 ft (7 m), and weights of 726,000 kg.

A Poison Garden in England is filled with venomous plants.

The Alnwick Garden is a garden complex by Alnwick Castle in Northumberland, England. These historic gardens were revived at some point, and a Poison Garden was added in 2005. The Poison Garden exhibits deadly plants as well as narcotic plants such as marijuana, coca, and opium poppies.

Roots and berries are the most fatal parts of the baneberry, but it is toxic as a whole. The berries are bitter. Once ingested, a person will experience complications such as stomach cramps, dizziness, vomiting, diarrhea, delirium, and circulatory failure.

The baseball plant is a succulent plant belonging to the spurge family. It is endemic to the Cape province of South Africa. It gets its name from its distinct resemblance to the ball used in the beloved sport. It grows in subtropical climate, on hillsides and stony areas, surrounded by dwarf bushes. This plant nearly went extinct in the early 20th century because they were being collected from the wild. Since then, this plant has been protected by regulations that prohibit this act.

Lithops are succulent plants in the ice plant family, Aizoaceae. It is native to Southern Africa. These plants distinctly resemble stones or rocks, which explains its namesake.

Amber is a fossilized resin from ancient trees.

Tree resin is produced to “heal” damage such as broken branches or blows to the tree’s surface. Amber is the crystallized version of this resin.

Only 10% of the plant rich areas in the world are protected.

The Amazon and the Galapagos are only a couple out of the many bio-diverse areas on Earth.

68% of plant species are endangered.

Due to climate change, deforestation, and other industrial efforts, experts believe that species are going extinct 1,000 to 10,000 times faster than they naturally would.

Over half of all plant species are native to only one country.

There’s a big chance that a plant you encounter in one country can’t be found anywhere else. This only proves that more care should be taken in preserving these rare plants.

Pineapples are the only edible plants from the bromeliad family.

The word “pineapple” originated from European explorers who thought the fruit looked like a pinecone with the flesh of an apple.

Cumin is the most popular spice in the world.

Made from the dried seed of the Cuminum cyminum plant, Cumin is one of the most popular spices. It is usually found in Latin American, Middle Eastern, North African, and Indian cuisine.

The dwarf willow is the smallest tree.

The Dwarf Willow or Salix Herbacea is one of the smallest woody plants in the world, and is considered the smallest tree. It typically grows to only 2” in height with round, shiny green leaves 0.8” long and wide.

Cabbages have high water content, making it a superfood.

Peas are the oldest veggie.

The oldest known vegetable is the pea, tracing back to Stone Age settlements over 8,000 years old.

The largest seed in the world is the coco de mer.

The seed of a palm tree reaches about 12” long, and weighing up to 18 kg. This giant, dark brown seed has been protected by the government of Seychelles because of its rarity.

The world's smallest seeds are from epiphytic orchids.

These seeds are produced by certain epiphytic orchids (family Orchidaceae) in tropical rainforests. These seeds cannot be seen by the naked eye at only 1/300th of an inch (85 micrometers) long.

Approximately 1,700 species of plants live on the Arctic tundra.

Plants in the Arctic might seem impossible because of the unforgiving climate, but there are actually a handful of plants that thrive in its permafrost. However, these plants have distinctly shallow root systems due to the freezing of the topsoil.

The world's first botanical garden was created in Padua in 1545.

To this day, it still preserves its original layout.

Pando is the oldest surviving tree.

Well, trees, if we’re being specific. Pando is a massive clonal colony of quaking aspens in the Fishlake National Forest of Utah. Estimates say the tree colony is over 80,000 years old, making it the oldest plant in the world. Though Pando appears to be a grove of individual trees, they share the same root system and genes. Pando is continuously growing – old, fallen trees are replaced by new ones.

Pando is also the most massive known living organism on Earth at 106 acres and weighing more than 6 million kg. Though Pando thrives to this day, Pando faces threats. Upon close monitoring, researchers found that Pando is no longer growing new shoots.