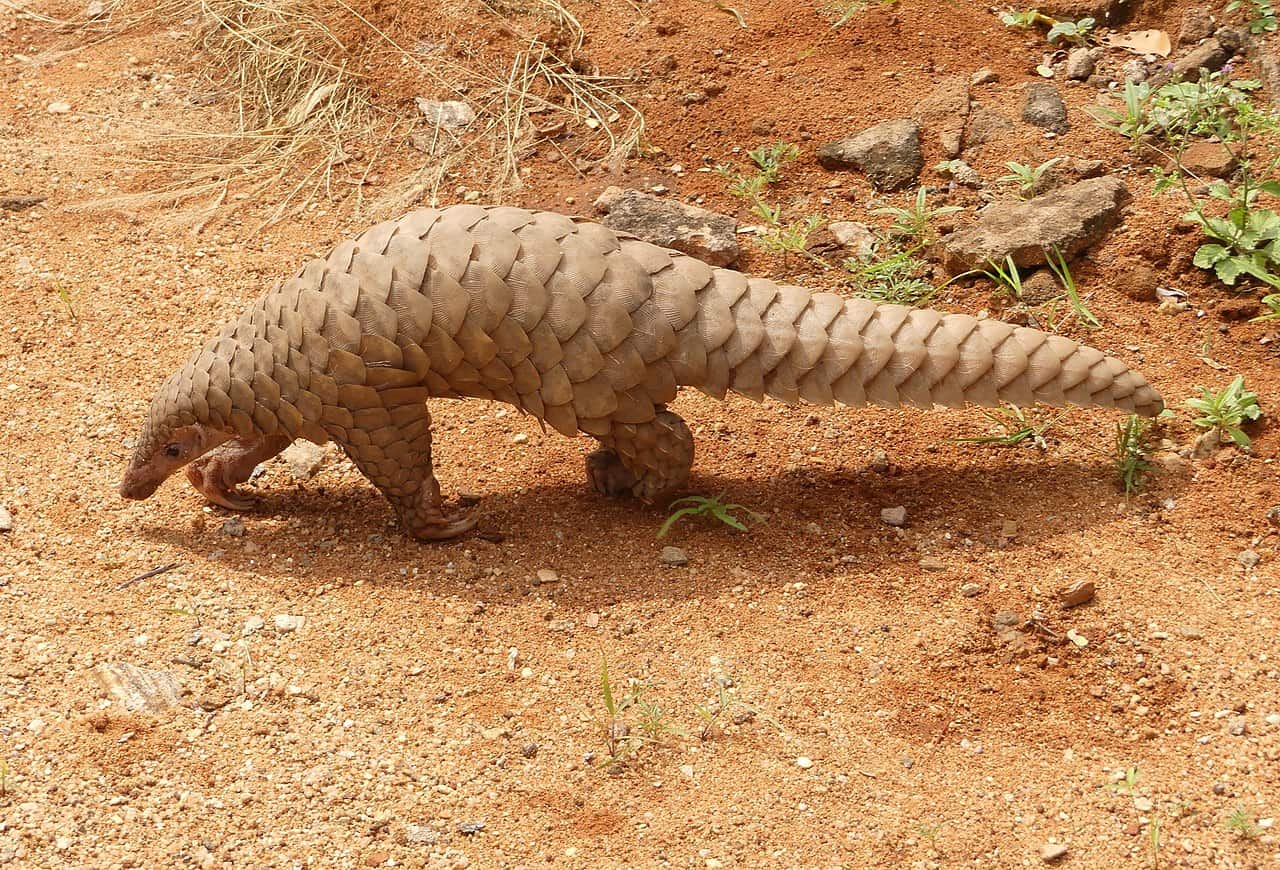 Quick Facts
Essential Facts
Interesting Facts
Table of Contents
01 The word pangolin comes from the Malay word penggulin.
02 There are 8 pangolin species in the world.
03 Pangolin scales are of the same material as fingernails.
04 Pangolins mark their territories.
05 Pangolins can spray predators with a bad-smelling fluid.
06 Pangolin claws can rip open anthills and termite nests with ease.
07 Pangolins swallow small stones to help in digestion.
08 Pangolins are the most-trafficked mammals in the world.
09 Pangolins are an endangered species.
10 Taiwan leads the world in pangolin conservation.
11 Captivity doesn’t suit pangolins at all.
12 Pangolins may have contributed to the spread of Coronavirus Disease 2019 (COVID-19).
13 Pangolin tails are very strong.
14 Pangolins are bipedal.
15 Pangolins are close relatives of cats and dogs.
16 A pangolin’s saliva is very sticky.
17 The heaviest pangolin ever weighed 33 kilograms.
18 Pangolin males compete over females.
19 Pangolins aren’t completely dependent on their scales.
20 Pangolin meat isn’t always a delicacy.
21 Asian pangolins have bristles between their scales.
22 Farming pangolins have been less successful than hoped.
23 Pangolins can have up to 1000 scales.
24 Pangolins are an important part of the biosphere.
25 A pangolin’s color reflects its native environment.
26 Pangolins are very shy.
27 A pangolin’s lifespan isn’t accurately known.
28 Man is the pangolin’s most dangerous predator.
29 Pangolins have poor eyesight.
30 World Pangolin Day is the third Saturday of February every year.