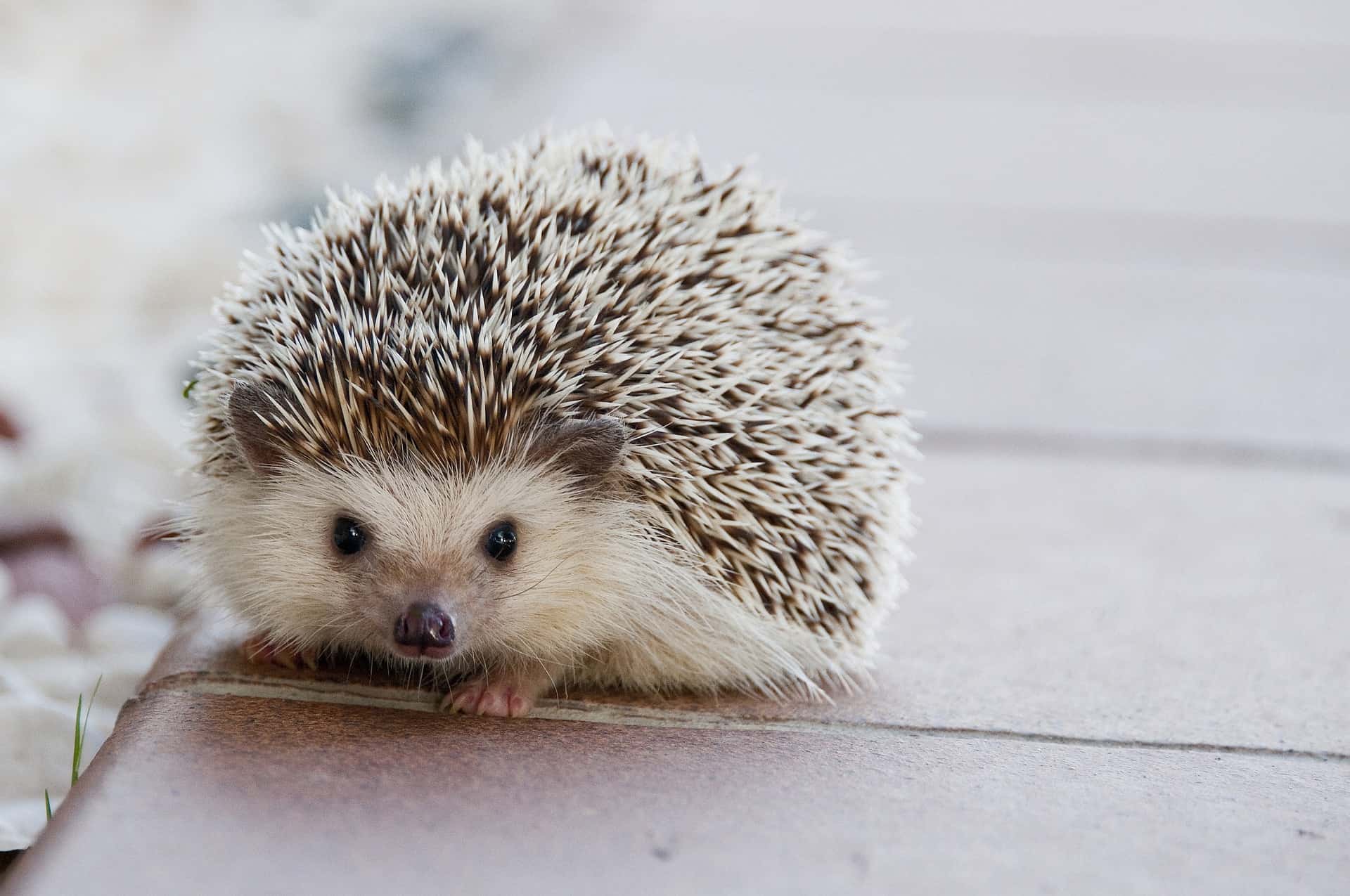 From Youtube channels to Pinterest boards, the world has hailed hedgehogs as one of nature’s most beloved animals. With starring roles in video games and children’s books, hedgehogs now count among the most popular choices for exotic pets. However, many don’t know much about them beyond their cute appearance. Take a closer look at nature’s unique little balls of energy with these hedgehog facts.

Quick Facts
Essential Facts
Interesting Facts
Table of Contents
01 It’s a myth that hedgehogs can’t swim.
02 A baby hedgehog is called a hoglet.
03 The average hedgehog has 44 teeth.
04 The name “hedge” hog comes from their habitat.
05 Hedgehogs have also been used for cooking.
06 Even a cute hedgehog can bite.
07 Hedgehogs and porcupines have many differences.
08 Hedgehog quills act as their primary defense mechanism.
09 Porcupine quills are more dangerous than hedgehog quills.
10 The African pygmy hedgehog is the most popular pet hedgehog.
11 The hedgehog diet mainly consists of garden pests.
12 Hedgehogs have been featured in Alice in Wonderland.
13 Hedgehogs have been a part of British culture for many years.
14 People used to believe that hedgehogs drank milk from cows.
15 Hedgehogs have partial immunity to snake venom.
16 In New Zealand, the hedgehog is considered an invasive species.
17 Wild hedgehogs live in nests.
18 Hedgehogs were once considered sacred.
19 Hedgehog noises communicate different things.
20 Hedgehogs perform a unique behavior called anointing.
21 No one knows why hedgehogs anoint.
22 Cars pose a big threat to hedgehogs.
23 Hedgehogs may suffer from balloon syndrome.
24 Hedgehogs aren’t rodents.
25 Long-eared hedgehogs are prone to carrying parasites and diseases.
26 Pet hedgehogs exhibit tubing.
27 European hedgehogs are the largest species.
28 African pygmy hedgehogs are the smallest hedgehogs in the world.
29 Scientists discovered the Sonic Hedgehog protein in 1980.
30 Some cultures believe that hedgehog meat has medicinal effects.

Unlike their famous video game counterpart, real-life hedgehogs have no problem swimming around. In some cases, hedgehogs may swim up to 2 km per night looking for food. However, hedgehogs mostly bask in water for fun rather than necessity.

A baby hedgehog is called a hoglet.

Hedgehogs usually give birth in June and July, rearing a litter of four to five hoglets. However, only two or three usually survive. Mother hedgehogs tend to abandon or eat hoglets if disturbed.

The average hedgehog has 44 teeth.

Hedgehog teeth fully grow as early as three weeks old. As monyphyodonts, hedgehogs only grow one set of teeth in their lifetime – once they lose a tooth, it will never grow back. As a result, dental hygiene is important when you want to keep hedgehogs as pets.

Regularly cleaning their teeth with a Q-tip is usually prescribed as the best way to maintain their pearly whites. Definitely one of the hedgehog facts to remember if you want to own one.

The name “hedge” hog comes from their habitat.

In the wild, hedgehogs often stay near hedgerows. The intricate shrubbery makes ideal nest sites for hedgehogs, providing a steady food supply and protection from predators. Gardens are also a frequent hotspot for hedgehogs, since their diet mainly relies on insects and other pests.

Hedgehogs have also been used for cooking.

It may sound like one of the more unlikely hedgehog facts, but some travelling peoples once ate them for sustenance. To cook them, they would roll the hogs in clay and bake them in a fire. Once the clay was stripped off after cooking, the spines and hair would come off.

In his 1783 cookbook The London Art of Cookery, experimental chef John Farley even featured a dish of hedgehogs prepared with almonds.

Even a cute hedgehog can bite.

Although they may look adorable, hedgehogs can use their teeth if disturbed. However, they rarely bite, usually only doing so to indicate stress or other environmental factors.

Hedgehogs and porcupines have many differences.

The spines might have you thinking that they’re related, but this is actually not the case. For one, they are a completely different species, since porcupines are herbivorous rodents.

Their most obvious difference lies in their size, with porcupines growing 2-3 feet long with an 8-10 inch tail. Hence, porcupines are much larger than hedgehogs.

If a hedgehog is provoked, it will curl up into a ball, using the two muscles in its back to extend the quills lining its skin. Hedgehogs are much more likely to use this defensive behavior instead of biting. How’s that for cool hedgehog facts?

When it comes to the Hedgehog vs Porcupine debate, their spines also set them far apart. Porcupines have detachable, barbed quills that would hurt way more than a hedgehog quill. Definitely one of the hedgehog facts to take note of.

The African pygmy hedgehog is the most popular pet hedgehog.

Featured in many Youtube videos, African pygmy hedgehogs have captured the hearts of pet owners and the general public with its distinct white fur.

As an omnivorous species, hedgehogs usually feast on garden grub such as insects and snails. However, hedgehogs have also been observed to eat frogs, snakes, eggs, and carrion. If no live prey is available, hedgehogs can also forage for mushrooms, roots, berries, and other fruits.

Hedgehogs have been featured in Alice in Wonderland.

In the 1865 novel Alice’s Adventures in Wonderland, Lewis Carrol included hedgehogs in a strange cameo role. In the book, the Red Queen uses hedgehogs as balls for croquet.

Hedgehogs have been a part of British culture for many years.

Because of their prominence in the UK, hedgehogs have burrowed their way into British culture over time. One of the most iconic hedgehogs the UK is Mrs. Tiggy-Winkle, a character inspired by children’s book author Beatrix Potter’s pet hedgehog. How’s that for cute hedgehog facts?

People used to believe that hedgehogs drank milk from cows.

Though it’s technically possible for a hedgehog to feed from an udder, they are a lactose-intolerant species. As such, this myth has since been proven untrue.

Like other species, hedgehogs have evolved to have increased resistance to snake venom. Along with the protection of their quills, hedgehogs can tolerate more venom due to the protein erinacin in its muscular system. However, some bites to certain areas can still be fatal. 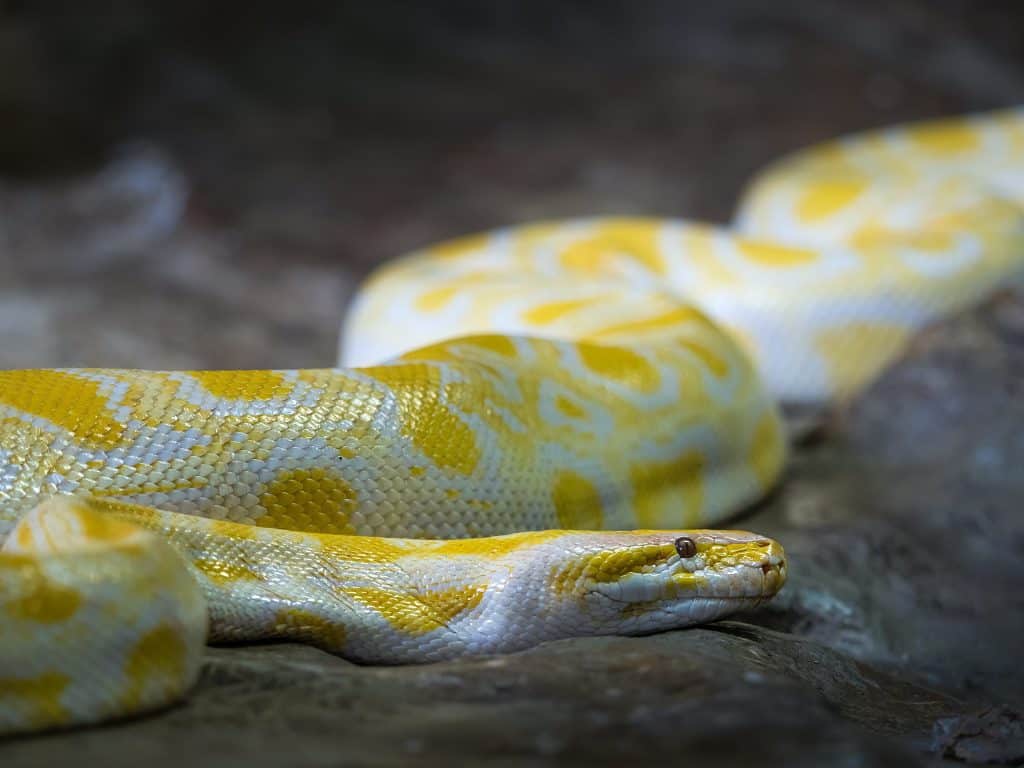 In New Zealand, the hedgehog is considered an invasive species.

In New Zealand and Scotland, hedgehogs have become pests. Due to the lack of natural predators in these areas, the increasing number of hedgehogs damages native species such as insects, snails, lizards and birds.

In the wild, hedgehogs usually build large nests made of grass, mosses, leaves, and other plant debris. They build these nests in the base of hedges or under thick bushes.

Hedgehogs were once considered sacred.

The classical Persians believed hedgehogs were sacred to Ahura Mazda because it destroys agricultural pests.

Hedgehogs are fairly vocal creatures, making a wide array of sounds with different meanings. While looking for food, hedgehogs usually grunt and snuffe like pigs. During mating season, they chuff like a train to attract mates. Baby hedgehogs chirp to indicate hunger, while adult hedgehogs scream, hiss, or click to display aggression.

No, hedgehogs don’t have disciples. Instead, anointing refers to hedgehogs’ unique ritual of camouflaging themselves in new environments. Once a hedgehog encounters a new scent, it will lick and bite at the object until they foam at the mouth.

No one knows why hedgehogs anoint.

Upon foaming at its mouth, the hedgehog will spread this foam onto its quills, possibly to mask their old scent with the new one. However, scientists have yet to confirm the exact reason for this behavior. How’s that for neat hedgehog facts?

Sadly, most wild hedgehogs end up as roadkill due to vehicles deliberately or accidentally running them over. In Ireland, hedgehogs count among the most common mammalian road casualties. Definitely one of the more unfortunate hedgehog facts.

Hedgehogs may suffer from balloon syndrome.

Although strange, scientists believe that injury or infection commonly causes this phenomenon. Hedgehogs’ elastic skin which helps them curl up is also seen as a factor in developing this syndrome. To treat it, vets would incise or aspirate the hedgehog’s back to relieve the gas buildup.

Although they share similarities in features and size, rodents belong to a completely different order of species.

Long-eared hedgehogs are prone to carrying parasites and diseases.

Native to Central Asian countries and some parts of the Middle East, long-eared hedgehogs are particularly prone to carrying diseases as bad as the plague. As such, pet owners should be careful and purchase only from registered breeders.

Domesticated hedgehogs usually have a penchant for sticking their head in tubes (usually toilet paper tubes), and walking around with their tube heads. Hedgehog owners often refer to this behavior as “tubing” and promote it by supplying their pets with lean tubes.

However, it is advisable to cut the tubes lengthwise to keep the hedgehog from being trapped against its will.

European hedgehogs are the largest species.

Reaching lengths of 9.5 – 14 in. and measuring over 2.2 kg, the Guinness Book of World Records considers European hedgehogs as both the largest and heaviest species.

Usually, European hedgehogs are more common in the wild. Some countries such as Germany ban their domestication – as such, they cannot be kept as pets.

African pygmy hedgehogs are the smallest hedgehogs in the world.

With the average size of 7-9 in. long, African Pygmy Hedgehogs are the smallest hedgehog species in the world. These hedgehogs are so small that they only measure the size of a grapefruit once they’re curled up.

Sonic hedgehog is a secreted protein crucial to the development of animals and humans. In babies, it is responsible for the growth of digits and brain development.

Some cultures believe that hedgehog meat has medicinal effects.

In the Middle East, hedgehog meat is believed to cure rheumatism, arthritis, tuberculosis, and impotence. In Morocco, inhaling the smoke of burnt hedgehog skin allegedly cures fever, male impotence, and urinary infections. Here, hedgehog blood is also sold as a cure for ringworms and skin disorders.