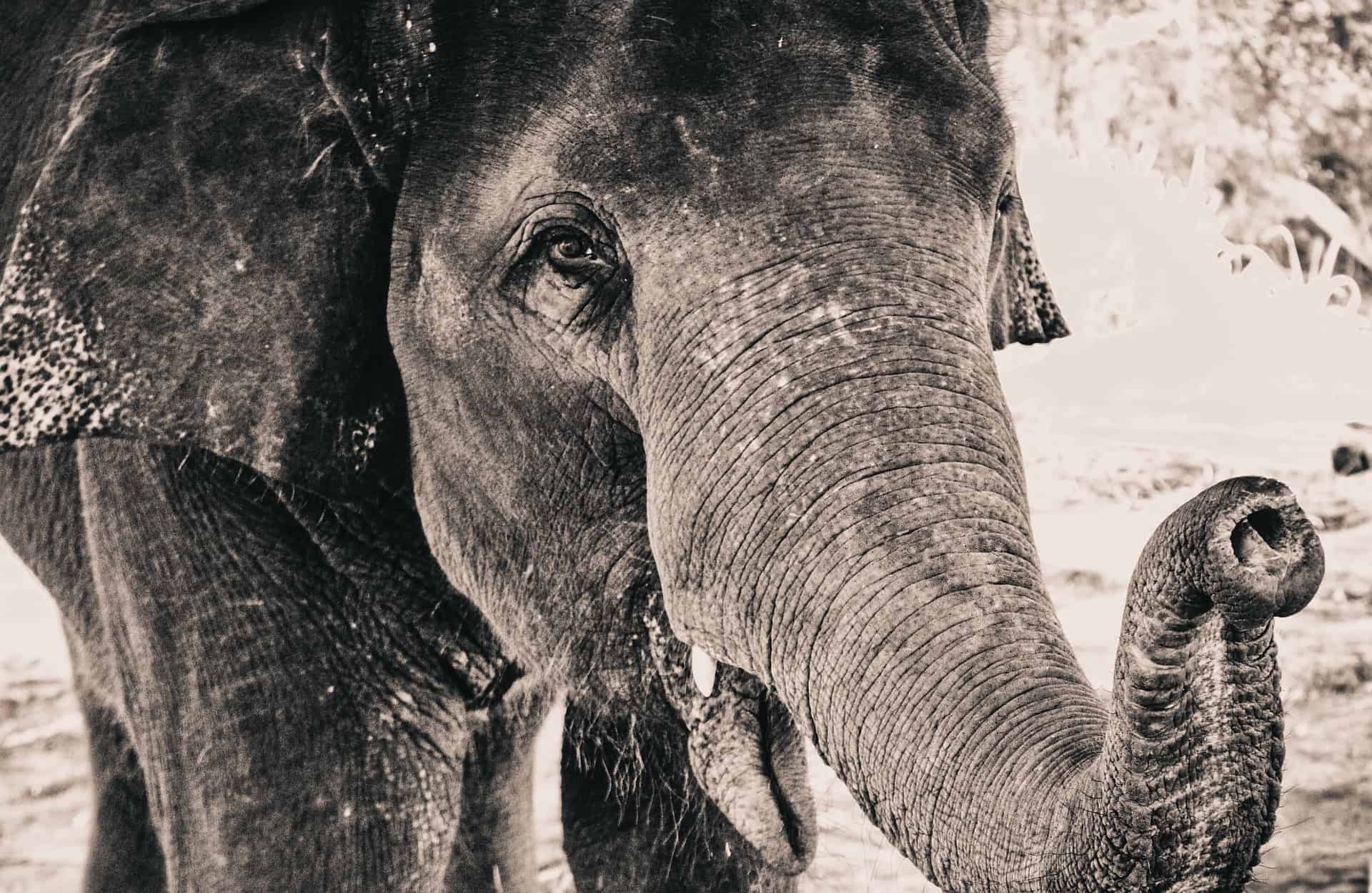 A Third Species Has Recently Been Discovered

Elephants Are Herbivores and Consume a Wide Variety of Plants

Elephants exist by eating a great range of plants including grass, twigs, flowers and fruit. Within an ecosystem, animals survive by eating other things than the animals around them. According to elephant facts, elephants originally existed around the same time as antelopes and horses meaning there was competition for grass. For this reason, elephants extended their diet beyond grass in order to survive. They have to consume great quantities of food – 300- 400lbs every single day – and much of what they eat passes through them undigested.

Elephants have brains that are 3 or 4 times the size of a human brain. The elephant’s brain is very highly developed. Elephants communicate with each other by purring, much like cats. They can communicate over longer distances with a deep sub-sonic rumble, which passes quickly through the ground, allowing other elephants to pick it up through their feet. Although they have poor eyesight, they have a highly developed sense of smell. They also have highly developed emotional intelligence and spatial awareness.

Elephants use Their Tusks to Eat

Tusks are a bit like incisor teeth in humans. Young elephants have milk tusks, and later on, adult versions. They are used for digging for food and water, for defense purposes, and for lifting things up. Sometimes they are used for mating rituals. Elephants also prefer one tusk over the other, much in the same way humans are right- or left-handed. The average size of elephant tusks is decreasing and this is thought to be linked to the ivory trade. Elephants with smaller tusks are less likely to be poached and are therefore left to reproduce.

Elephants Have the Longest Pregnancies of all Animals

Elephant facts teach us about the gestation period of this large mammal. Elephants are pregnant for 22 months. They usually start to have babies at around the age of 16 years, and average up to four babies in their lifespan. They are only fertile for a few days a year. During this time, the bull will court the female elephant with affectionate gestures and nuzzles. If she is interested, she will respond in a similar way and after about 20 minutes they will mate. Elephants have been known to induce labor by eating particular types of plants.

One of the most entertaining elephant facts reveals that these sociable animals love their friends. They play, laugh and cry together. If one elephant is in distress, others will go over to comfort it. If it is a baby, the whole family will be there to see what is wrong. Elephants express a range of emotions including grief and happiness and they talk to each other in the form of a purring sound. In herds, if an animal is sick or unable to feed itself, the others will help it and gather food for it.

Elephants Listen with their Feet

Elephants can pick up the vibrations of other elephants through their feet. They carefully position their feet on the ground and focus in order to concentrate. Their multi-tasking feet also have large amounts of padding to help them move silently and to prevent them slipping. Elephants walk huge distances every day, and sleep standing up on their feet. In zoos, their feet can sometimes suffer because they don’t walk enough.

An Elephant’s Trunk Has a Range of Uses

An elephant’s trunk has over 40,000 muscles inside it. The elephant uses its trunk to place food into its mouth, collect food from high places, drink water, spray itself with water and dust to keep cool, and test objects for size, weight and temperature. Elephants can wave their trunks in the air to help them smell more efficiently. In captivity, they can be trained to do complex things with their trunks, like paint pictures or manipulate locks.

One of the most famous features of the elephant is its big ears. Elephants have large ears which can act as a fan when the intense heat of their habitat gets too much. If it’s really too hot, elephants can also suck up water in their trunks and spray it all over themselves, then finish this procedure with a further spray of dust which stops them getting sunburnt. Elephants’ ears are also used to communicate – by flapping their ears, they send signals to other herd members. They can also hear extremely well.

Elephants Have Been Trained Throughout History

During colonial times, the Belgians in the Congo employed Indian Mahouts to catch and train African elephants, using tricks that they had learned in Asia. Elephants have been used to fight in wars and have been trained to charge the enemy, break lines and inspire terror in various battles and conflicts. Elephants have also long been popular in circuses, performing a range of tricks. Sadly, the techniques used for training have not always been humane and have included whippings, beatings and even electric shocks. In modern times, riding on the back of elephants in safari parks has become popular in Africa especially.

Herds of elephants are led by a female, usually the oldest female in the group, according to elephant facts. The social structure is also made up of females; generally a combination of sisters, daughters and their young male and female offspring that form very close communities of up to 100 elephants. Females never leave each other – rather, they die in the herd. When the males in the herd reach puberty, they split off from the female elephants and form young groups of bachelors. Older males tend to live by themselves.

Elephants are the only species besides humans to have death rituals. They will try to support their sick herd members, but if an elephant dies, others will try to revive it, then all will be quiet for a while. They have been observed digging shallow graves and attempting to cover the deceased, before staying at the graveside for a period of time. They may also show signs of depression after the death of a fellow herd member. Elephants grieve for dead friends and family members, much like humans do. When they pass by a place where a former loved one has died, they often will stop and be silent for some time. Elephants are social beings who clearly love each other, and often wrap their trunks together in a friendly gesture.

Elephant Babies Are Cared for by Multiple Babysitters

Elephant babies have very few instinctive survival mechanisms. They are blind when they are first born, and, in a rather cute similarity to baby humans, they use their tusk like a thumb which they can suck. The mother has to eat a lot of food to produce enough milk to feed her baby, so she calls on members of the herd to babysit while she forages for food. Looking after the young is a shared responsibility within a herd of elephants. The mother and older females teach the baby survival tactics and how to look after itself.

Jumbo the Elephant Was Real

Jumbo was an African elephant who was taken to a French zoo in 1861, then later to the UK and then the US. He was widely exhibited and became very famous, especially among children. He gave rides and was widely photographed. When he was taken to the US, 100,000 children wrote to Queen Victoria asking if she would allow Jumbo to remain in their country as they loved him so much. In the UK, his keeper used to give him the occasional gallon of whisky believing it was good for his health.

Elephants remember loved ones who have died in their rituals honoring the dead. They also hold grudges and remember past grievances, just like people do. They remember old friends who have been away from the herd and returned at a later date. To show their excitement at being reunited with old friends, they signal joy by trumpeting and greeting them with obvious affection. These aspects of behavior show that elephants are able to remember the past, unlike most other animals.

A God with an Elephant’s Head Is Worshipped in India

Ganesha, with the head of an elephant, is a key god in Hinduism. He is the god of success and the destroyer of evil and obstacles. Ganesha’s elephant head represents Atman, or the soul, which is the ultimate reality, while his human body represents our earthly existence. The elephant’s head symbolizes wisdom and the trunk represents the sound of ‘Om’ – the ultimate sound of the universe which is used during yoga and meditation.

Changes in the habitat of elephants have already taken place due to climate change, and future projections suggest that conditions in these areas are set to become drier and hotter. This is likely to have a major impact on the future of the elephant in the wild. Elephants can’t survive in very intense heat and have difficulty finding enough food. Calves in particular can’t survive in very hot conditions.

The Ivory Trade Had a Major Impact on Elephant Populations

Ivory has been long coveted by humans, who have used it for centuries to make jewelry, piano keys and art objects. This has led to the hunting and killing of millions of elephants, mainly in Africa. There were 26 million elephants on the continent in the 1800s, but the figure today is less than 1 million. Hunting elephants for their tusks has been banned since 1989, although it still continues illegally. The Convention on the International Trade of Endangered Species is working to maintain the ban on the ivory trade. However, about 100 elephants are still killed every day for their ivory.

You Can Adopt an Elephant to Help Them Survive

Many conservation groups run elephant adoption schemes in order to promote programs of survival and to raise money to help perpetuate the species. You pay a sum of money to adopt an elephant and receive an adoption certificate and photographs. Your donation is used for conservation programs around the world, or more specifically to help your elephant survive. Charities running these schemes include the World Wildlife Fund, the Sheldrick Wildlife Trust and The International Elephant Project. 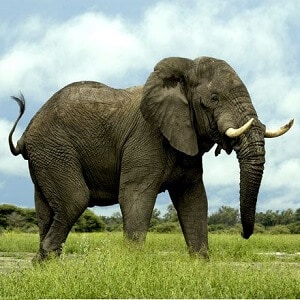 Elephant facts include that elephant-like beings have existed on Earth for the past 55 million years. Today, they live in the wild in Africa and Asia, and in zoos and safari parks all over the world. Elephants are intelligent animals who are sociable and loving beings. They live in matriarchal herds, support each other, help each other raise their young and honor their dead. Elephants are herbivores who eat a wide range of plant-based foods, using their tusks and trunks to help them eat and drink. Elephants have long been hunted by man for their tusks; their numbers are still being depleted due to the illegal ivory trade, as well as climate change. We can help elephants survive by supporting safari parks, where they are looked after well in the conditions of the wild, and by adopting an elephant via a charity.