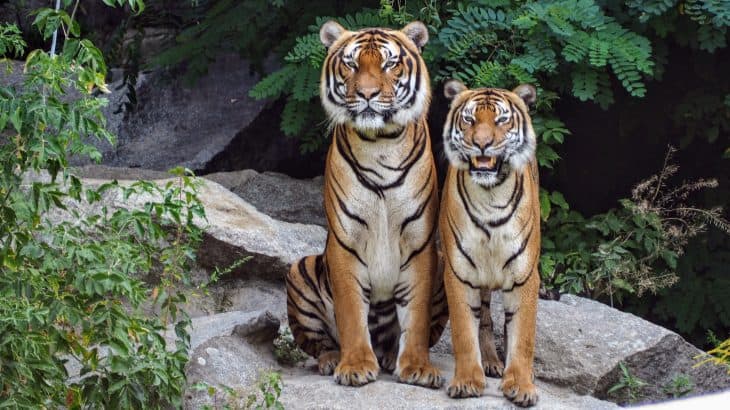 Love is a universal language that is unique to each species. While we humans may love cuddles and constant attention, love translates differently with other animals. This is mostly the case with sexual intercourse during mating seasons. To show you how different each species interacts and reproduce, here are some animal sex facts that will surprise you.

Quick Facts
Essential Facts
Interesting Facts
Table of Contents
01 The male anglerfish bite the larger females bellies and fuse with them to share blood.
02 The antechinus kills itself with sex.
03 Male sharks do not have penises.
04 A barnacle's penis is determined by the water conditions of its environment.
05 Most penises of male squids are not usable for intercourse.
06 Queen bees, ants, and wasps only mate once.
07 Male snakes have hemipenis.
08 Female pandas only become sexually active for 2-3 days.
09 Flies create a noise when mating that attracts bats.
10 The penises of cats have spines.
11 Animal Sex Facts Infographics

The male anglerfish bite the larger females bellies and fuse with them to share blood.

The fins of the male will eventually melt away. However, they are still able to produce sperm for many more years. The two fishes will eventually become one and produce eggs.

The antechinus kills itself with sex.

This mouse-like mammal is found in the continent of Australia. This mouse mates as much as it can before its death because it can only produce sperm for a certain amount of time. It does little of anything else as its fur and organs slowly shed and lose functions. By the end of its mating season, it frantically searches for any female that it can mate with.

Male sharks do not have penises.

Rather, they have an organ that is called a clasper. This functions as the shark’s penis when mating. This organ can be found formed in the posterior portion of their pelvic fin.

A barnacle's penis is determined by the water conditions of its environment.

When in calm waters, it will grow long and flexible. If it is in rougher waters like the sea or river, they grow shorter and thicker. Most barnacles are hermaphrodites. This means that they possess both male and female organs.

Most penises of male squids are not usable for intercourse.

To reproduce, males will propel capsules of sperm to the females using their tentacles. They throw this into the female’s mantle cavity or somewhere around the mouth area. Once the female receives this, their eggs can then be fertilized. The average lifespan of a squid is two years.

Queen bees, ants, and wasps only mate once.

This process lasts for several hours. The Queen of the species also mates with multiple partners. The genitals of male honey bees will then explode after mating while the tip remains inside the female. This is to prevent sperm from coming out.

This means that they have two penises. However, they are only able to use one at a time. Each of the snake’s hemipenis is associated with one testis.

This usually occurs between February and May. This is also an annual occurrence. Scientists have stated that this may be why artificial insemination is an essential part of a species’ survival.

Flies create a noise when mating that attracts bats.

When flies mate, the male flutters its wings. This comes out as a soft buzz to humans while bats hear this as a bell-like noise.

The penises of cats have spines.

They also have barbs made of keratin which is used to scrape out competing sperm from undesired mates. This feature also acts as a genital lock during mating. 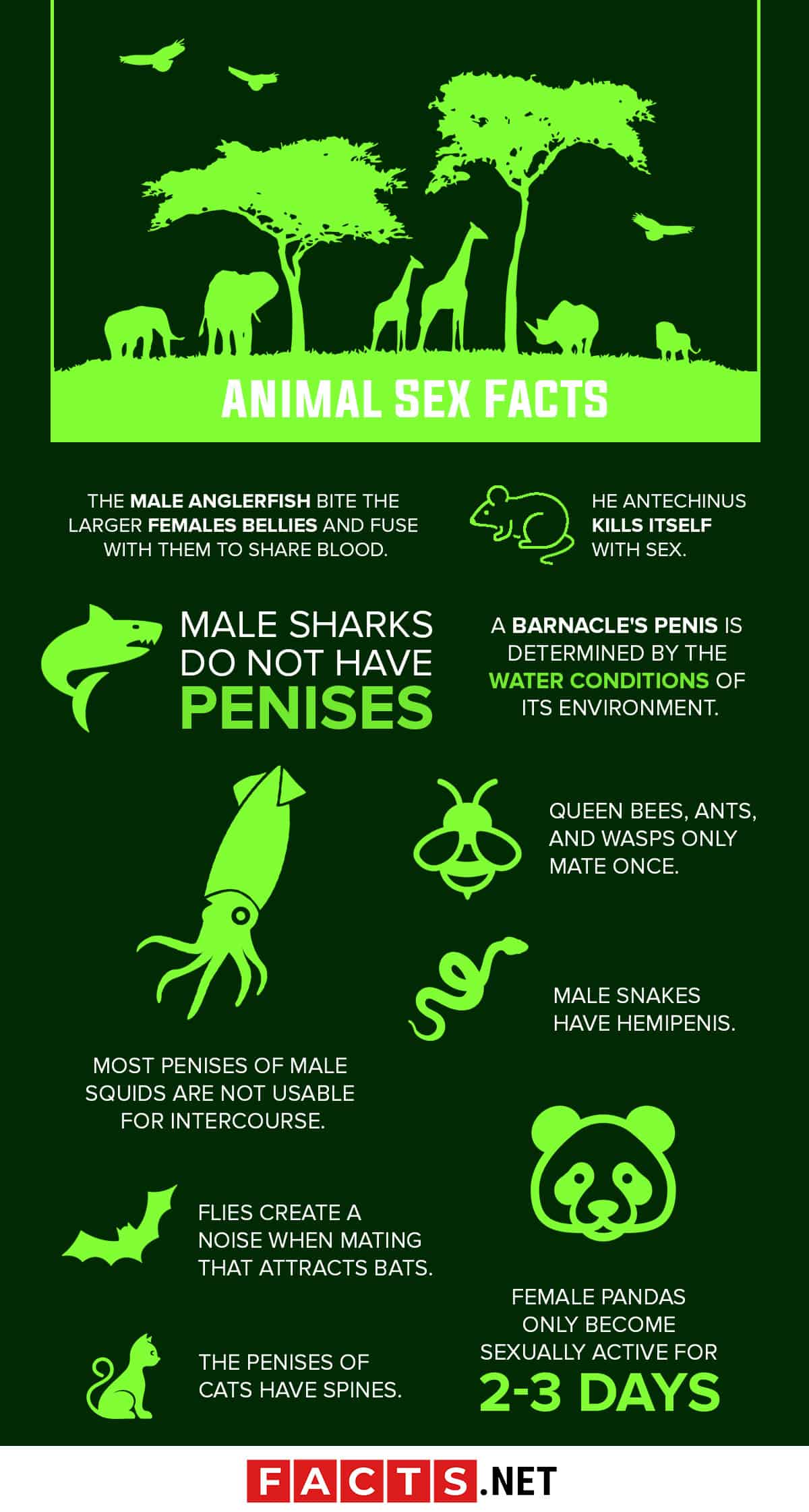