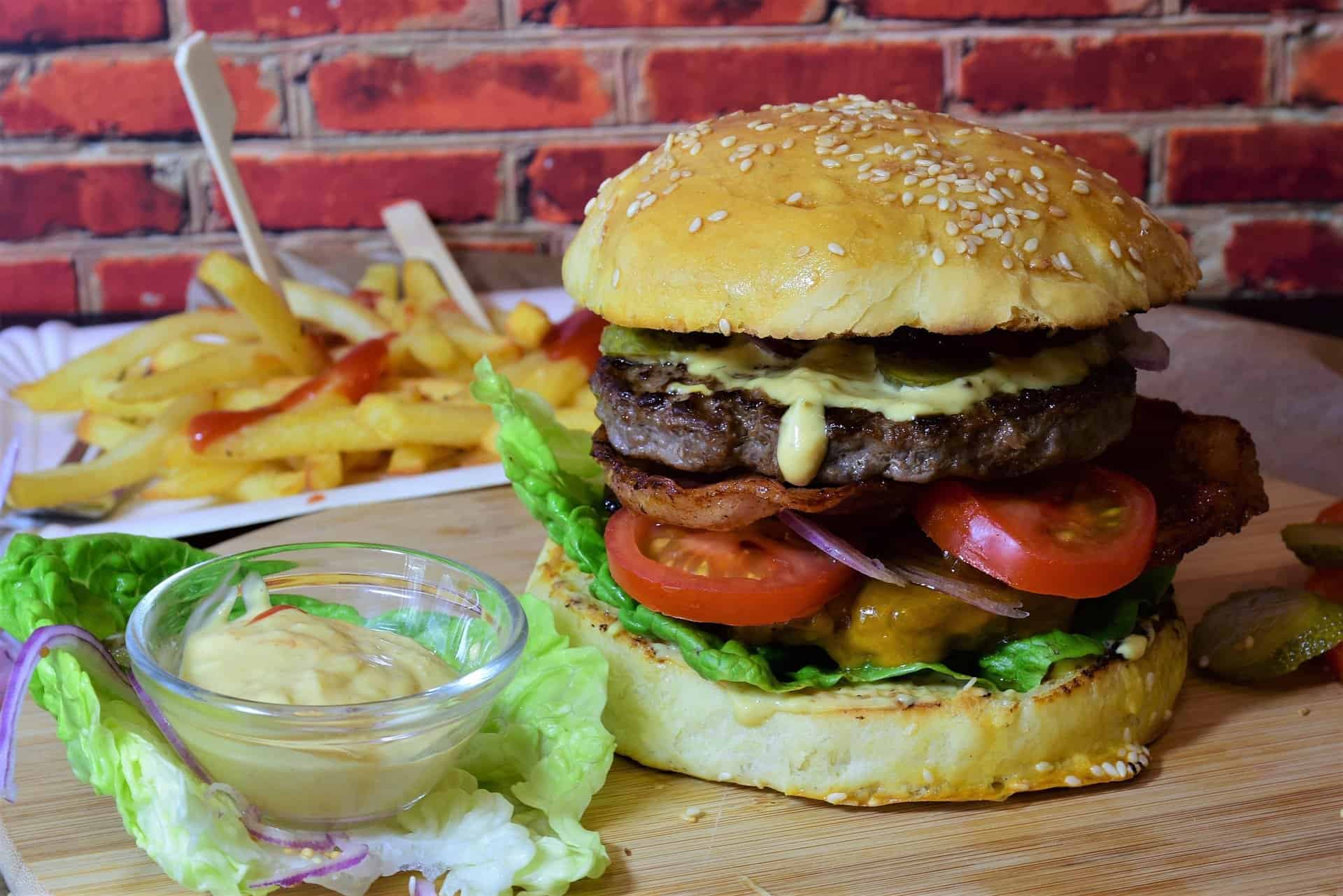 The 1950s brought a revolution in food – the idea of fast food. The idea was that patrons would order and then quickly be presented with their food, rather than waiting at a restaurant. The drive-thru served to quicken the process even further, allowing the sale of meals packaged to go.

A salad with dressing on the side is a healthy fast food option at many chains. Other possibilities include grilled chicken and sandwiches prepared with fewer sauces and oils. In the United States, chain restaurants are required to list their nutritional information for patrons. Individuals wanting to make sound food choices should inquire where this information can be found before ordering.

Fast Food Is High in Sodium

According to fast food facts, the recommended sodium intake for a healthy adult is 2300 milligrams or less. Fast food utilizes sodium to enhance flavor, often pushing or exceeding this limit. Many fast food places display this information online or in a hidden corner of the restaurant.

Health Magazine considered restaurants’ meal offerings and nutritional information to determine which places provided the healthiest food. Panera was voted number one because it offered several healthy options that would appeal to a variety of tastes. Other restaurants on the list include Jason’s Deli, Au Bon Pain, and Noodles and Company.

One simple fix for cutting out carbs in fast food is to remove the buns from a hamburger, or the roll from a sandwich. Some places will serve hamburgers with lettuce in place of a bun. Jason’s Deli, voted second healthiest fast food place by Health Magazine, will put a sandwich on an organic whole wheat wrap, scaling back on those pesky carbs. Subway sandwich chain will hollow out rolls for fewer carbs and calories.

Many fast food places have vegan options available, but patrons must do some research first. French fries would typically be vegan, but some fast food chains – such as McDonald’s – include beef fat in their fries in some countries. Websites can help interested customers narrow down which fast food joints have vegan-friendly fare that isn’t just another salad.

According to fast food facts, the Ancient Romans relied on food vendors for many meals. They would grab some bread soaked in wine in the mornings and later dine on vegetables at the popina, a type of restaurant.

Single people in the Middle Ages generally couldn’t afford to have a kitchen at home. Luckily, vendors sold cooked meats and treats like pies and waffles, making it easy for them to grab some fast food close to home.

At just five cents a burger, White Castle introduced the fast food hamburger to a hungry nation in 1916. Five years later, they introduced the drive thru, making fast food even faster. The goal was to provide a high volume of sales quickly at a low cost.

Fast food facts show that A&W Root Beer spread their cola syrup around the nation by introducing franchising. This allowed businessmen to invest in the syrup and serve it in their towns. Howard Johnson took franchising a step further, selling the right to open a restaurant with a set reputation, menu and advertising.

The United States Leads the World in Fast Food

With over 4.1 million Americans employed by fast food restaurants, and restaurants in over 100 countries, US fast food companies are the largest in the world. McDonald’s, Starbucks and Pizza Hut have become global American icons.

The convenience of fast food is paying off for investors. Americans spend more than $160 billion of fast food yearly. The ease of ordering from home by telephone and online has helped the fast food sector grow, making it even easier to get one’s hands on quick grub.

Fast food facts tell us that in Japan, bento boxes featuring sushi, a popular dish of raw fish wrapped in seaweed and rice, is a fast food staple. The popularity has spread to other countries, including the United States, where bento boxes can be found in the prepared foods sections of grocery stores as well as Japanese restaurants.

The kebab is a particularly convenient fast food as it is easy to eat with the hands. Popular in the Middle East, the cuisine has spread across the world and picked up local flair as people change which cuts of meat and vegetables will be skewered.

Fast food chains have been mired in claims of poor food quality, negative health effects, and poor working conditions. With a dramatic increase in the levels of obesity in America, fast food is often pointed to as one of the main culprits. Large portion sizes and unhealthy foods have been blamed for the increase. Fast food chains have responded by cutting back on some portion sizes and offering healthier options as alternatives. 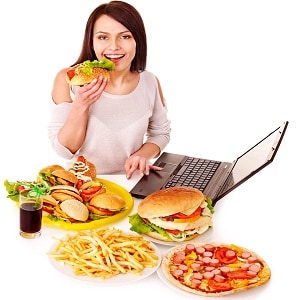 Fast food has been around since Ancient Rome. It originated as street vendors sold food primarily to those who didn’t have kitchens. In modern times, the notion of fast food was popularized by White Castle, who introduced the world to the fast food burger and the drive-thru. Fast food is often maligned for being unhealthy and high in sodium. It is even blamed for America’s obesity epidemic. There are fast food items that are healthy, vegan, or gluten-free, but often those choices must be researched beforehand.