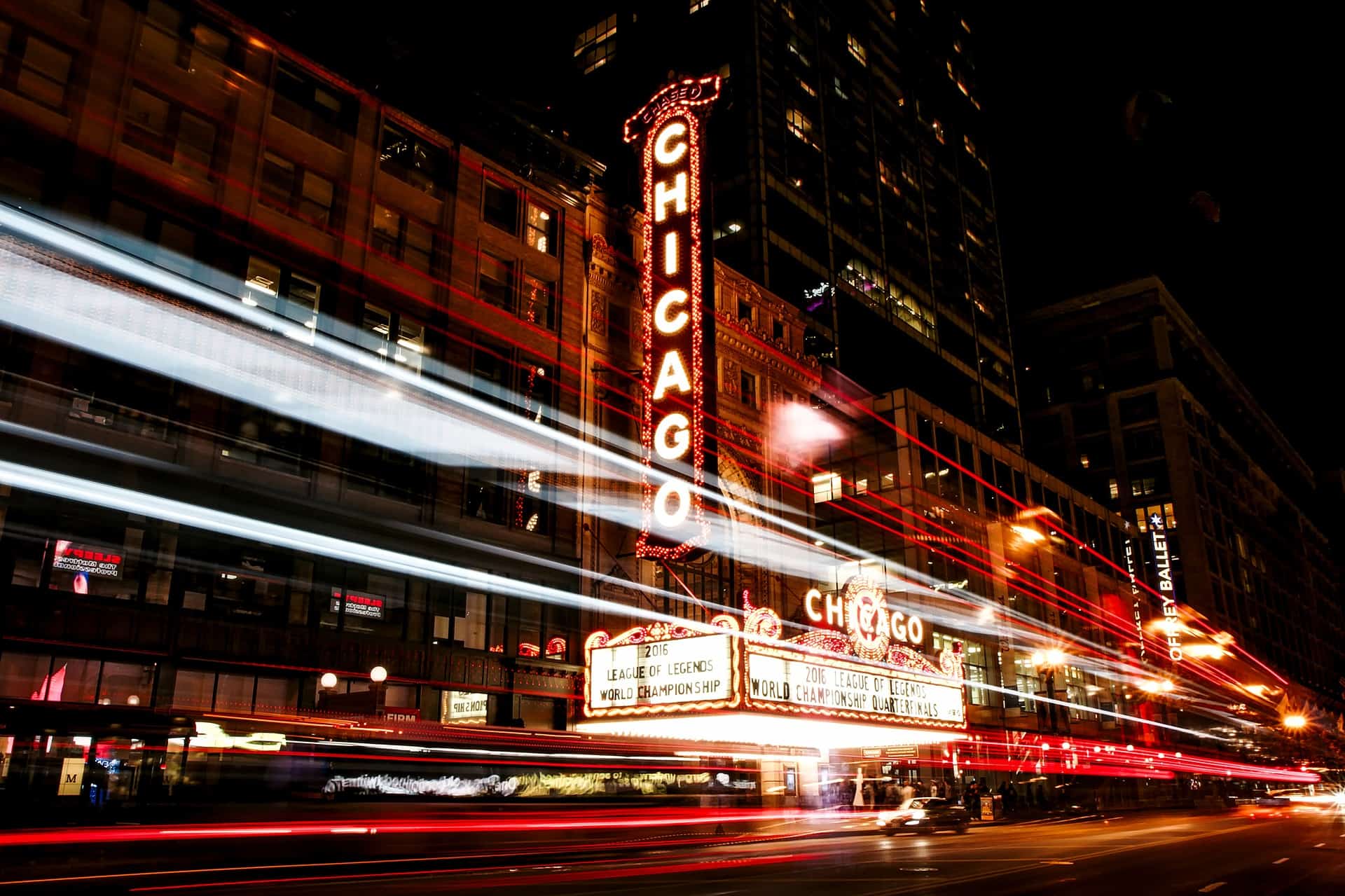 Table of Contents
01 Chicago Is The 3rd Largest City in The US
02 Chicago Was Named After Garlic
03 The Town of Chicago Was Founded in 1833
04 Chicago Reversed a River Flow for Sanitation
05 Great Chicago Fire Led to World’s First Skyscraper
06 Chicago Is Home to Hull House and Social Work
07 Chicago Is Home to 7 Professional Sports Teams
08 Chicago Has Held 2 World Fairs
09 Willis Tower Takes People to New Heights
10 Chicago Is a Hub of Flying Activity
11 Chicago Is The Home of Softball
12 Chicago Feasts on Deep Dish Pizza and Hot Dogs
13 Zipping Up? Thank Chicago, Birthplace of The Zipper
14 Delectable Brownies Originated in Chicago
15 The First Cartoon Character Was Drawn in Chicago
16 Chicago Is Known For Its Tunes
17 Chicago Introduced The Nation to House Music
18 Chicago Facts – Facts about Chicago Summary
Quick Facts
Essential Facts
Interesting Facts

Chicago Is The 3rd Largest City in The US

Chicago facts tell us that this Midwestern city is the third largest city in the United States. Located in Cook County, Illinois, Chicago has a population of 2.7 million. The surrounding suburbs are sometimes called Chicagoland and are home to a population of 9.5 million people. Chicago is the largest Midwestern city. The only larger cities in the United States are New York City and Los Angeles.

Chicago Was Named After Garlic

Chicago got its name from a plant native to the area. In the 17th century, wild garlic grew abundantly in the area between the Mississippi and Lake Michigan. The Native American name for this plant was shikaakwa. Perhaps this native plant helped form the basis for Chicago’s unique cuisine.

The Town of Chicago Was Founded in 1833

While Robert de LaSalle mentioned “Checagou” as early as 1679, Chicago was founded as a town on August 12 1833. Before it became an American town, Chicago was inhabited by the Potawatomi tribe. Sometime in the 1780s, Jean Baptiste Point du Sable settled in the area. He is considered the first non-indigenous individual to settle in the area, and is commonly referred to as the founder of this amazing American city.

The land Chicago is built upon was turned over to the United States by various indigenous tribes in a series of treaties following skirmishes in the late 18th and early 19th centuries.

While we don’t like to consider the origin or the municipal necessity of a functional sewer system, Chicago facts indicate Chicago has the unique distinction of being the first American city to institute this necessary infrastructure. The Chesbrough plan, as the sewer system was called, was approved in 1856.

Chicago needed to build a comprehensive sanitation system in order to deal with the influx of inhabitants. The city was raised to accommodate an underground sewer system, and refuse was dumped into the Chicago River and Lake Michigan. This unfortunately polluted the drinking water, but this issue was resolved in 1900 when the flow of the Chicago River was reversed.

Initial reports of the Great Chicago Fire blamed Patrick and Catherine O’Leary’s cow for knocking over a lantern and starting an inferno that incinerated 3.3 square miles of Chicago’s young infrastructure, killing about 300 people and leaving up to 100,000 homeless. Chicago facts show this account was actually made up by reporter Michael Ahern, and the cause of the conflagration has never been determined, though it is considered to have been the work of a human and not a bovine.

While the fire destroyed many wooden structures while it burned from October 8 to October 10 1871, it sparked a new wave of construction in the city. Rather than relying on wood, which had been the most popular building material in Chicago up to the fire, new construction featured more steel and stone. This construction boom led to the first skyscraper in the world being erected in 1884. Featuring a steel skeleton, the Home Insurance Building stood 10 stories tall at its inauguration. Later, two more stories were added. This building was demolished in 1931.

Chicago Is Home to Hull House and Social Work

Chicago facts indicate that Jane Addams founded Hull House in 1889 with Ellen Gates Starr. Envisioned as a recreational site for immigrants, the settlement house helped inspire a rich tradition of social work in Chicago and enriched the lives of many, before finally closing its doors in 2012. Thanks to her support of immigrants and the poor, Jane Addams became the first woman to win the Nobel Peace Prize in 1931.

The original Hull House is a US National Historic Landmark and is listed in the National Register of Historic Places. This is just one of many amazing attractions that calls Chicago home.

Chicago is one of only 4 American cities with teams in the 5 major professional sports leagues. The Chicago Bears touchdown at Soldier Field. The National Football League team won the Superbowl in 1985.

While Chicago’s first skyscraper stood only 10 stories tall at its conception, Chicago facts indicate Willis Tower, formerly the Sears Tower, stands 108 stories tall. It overlooks four states and was the tallest building in the world until 1998. It is currently the second tallest building in the United States, with only One World Trade Centre surpassing its height of 1451 feet. A popular feature of the building is its glass observation deck which famously cracked in May 2014. Thankfully, it was only the protective coating showing wear, and not the actual glass breaking.

Chicago Is a Hub of Flying Activity

O’Hare International Airport, one of Chicago’s airports, is the busiest airport in the world. How busy an airport is is determined by how many aircraft land or takeoff. O’Hare is a hub for both United Airlines and American Airlines, two popular American air carriers. O’Hare International Airport recently tackled the issue of airplane delays and now is frequently listed as one of the best airports in the United States. Midway airport is also located in this high flying city.

Chicago Is The Home of Softball

Fun facts about Chicago highlight the city’s sports contributions. One notable Chicago fact shows softball originated in this Midwest city. In 1887, sports fan gathered at the Farragut Boat Club to hear the results of a Yale vs. Harvard game. After the scores were shared, one fan threw a boxing glove at another. He grabbed a bat, and it is rumoured that George Hancock, credited with creating softball, yelled “play ball” as the first informal game of what would eventually be called softball spontaneously broke out.

Imbued with a rich culinary history thanks to its melting pot nature, Chicago brings together cultures through taste. Several delicious treats call Chicago home, including the mouthwatering deep dish pizza and the incredible Chicago style hotdog. Chicago Deep Dish Pizza features a deep crust filled with toppings such as cheese, pepperoni, and peppers, and then topped off with a chunky tomato sauce.

Other famous Chicago-originated culinary treats include the Chicken Vesuvio and the Puerto Rican inspired Jibarito Sandwich, which replaces bread with fried green plantains.

Zipping Up? Thank Chicago, Birthplace of The Zipper

The first zipper, which resembled a system of hook and eye closures, was showcased at the World’s Columbian Exposition in 1893 by Whitcomb Judson, from Chicago. Chicago facts indicate the modern zipper was then created by an employee of Judson’s, Gideon Sundback, in 1913.

The first Chicago world’s fair, the World’s Columbian Exposition, introduced the world to the delicious treat that is the brownie. According to Chicago facts, Bertha Palmer wanted to showcase a portable dessert to the crowds of the world’s fair, and invented the decadent treat in the Palmer House kitchen.

The First Cartoon Character Was Drawn in Chicago

Gertie the Dinosaur made her debut in 1914 as the first cartoon character. The cartoon was lovingly drawn by the imaginative cartoonists Wallace Carlson and Winsor McCay in Chicago.

Chicago Is Known For Its Tunes

Chicago is known for originating different styles of music. Thanks to migration, blues and jazz were brought to the bustling city, resulting in a new brand of Chicago blues and Chicago-style Dixieland jazz. Famous names of this music scene include Muddy Waters, who is considered the father of Chicago blues, Howlin’ Wolf, and Nat King Cole.

Chicago facts show that house music was born in The Warehouse, a distinctive Chicago nightclub. House music was made to be played in clubs, and songs are generally longer than regular songs. House music features analog synthesisers and sequencers to create electronic music that is then combined with other instruments. 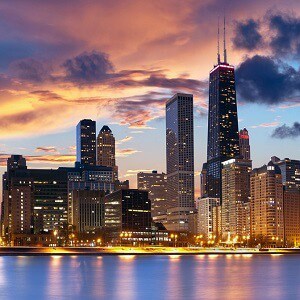 Chicago facts detail a rich history of amazing attractions and innovation in this fascinating city. Chicago is the third largest city in the United States and is home to seven professional sports leagues. It houses the world’s first Ferris Wheel, and was home to the world’s first skyscraper. Chicago facts indicate the Midwestern city introduced the world to brownies, the zipper, deep dish pizza, softball, and house music.