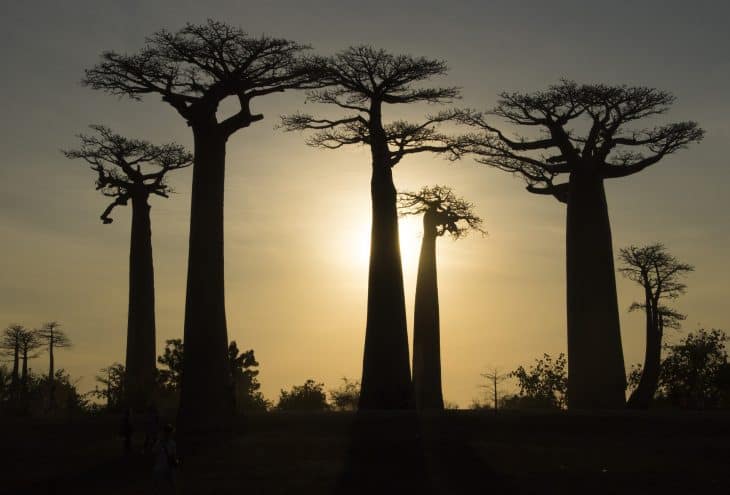 Quick Facts
Essential Facts
Interesting Facts
Table of Contents
01 90% of all Madagascan Animals and Wildlife Aren’t Found Anywhere Else
02 Madagascar was Peopled by Asians Before It Was Populated by Africans
03 Madagascan Culture Embraces 3 Unique Pastimes Found in No Other Countries
04 70% of Malagasy People Live Below the Poverty Line
05 Madagascar Is the Fourth Largest Island in the World
06 The Country Used to Be a French Colony
07 Of All the Roads that Exist in Madagascar, Only 11% of Them Are Paved
08 Madagascar Is Also Known as the Red Island
09 The Country Is One of the Most Inexpensive Holiday Destinations in the World
10 Madagascar Only Has 2 Seasons
11 Malagasy People Live by Something called “Fihavana”
12 Madagascar Has a Delicious Local Snack Called Koba
13 The Country Was a Haven for Pirates
14 Madagascar’s Rainforests Are Now in Danger
15 Textiles Such as Lamba Form an Important Part of Malagasy Culture
16 Madagascar Facts – Facts about Madagascar Summary

The first of our Madagascar facts tells us that Madagascar is a unique country in that it has been fully isolated as an island for 70 million years. It originally broke away from Africa around 165 million years ago, and then from India around 100 million years later. This had led to it developing its own very diverse ecosystem and species of animals, 90% of which are found nowhere else on earth. Two animals unique to Madagascar but now extinct are dwarf hippos and giant flightless birds. One bird still in existence is the elephant bird, but this is currently on the endangered list. Animals such as lemurs are considered sacred by the Malagasy people. In 2012, it was estimated there were 103 different species of the animal there, all of them are either endangered or rare.

Madagascar was Peopled by Asians Before It Was Populated by Africans

Even though the country is classed as part of Africa, it wasn’t populated by Africans until around 800 AD. The peoples who inhabited the island first were Asian and came from the island of Borneo (which now belongs to the people of Malaysia, Brunei and Indonesia). Over the next hundred years or so Africans, Asians and Europeans began to settle in Madagascar, each bringing with them their own cultures and traditions, many of which are still observed today.

Madagascan Culture Embraces 3 Unique Pastimes Found in No Other Countries

Another one of the interesting Madagascar facts surrounds the culture and pastimes of the island. A popular local hobby involves a board game called Fanarona. It was invented in the country and, although exported to many other places and now available as an online game for people to play, it still retains its popularity in Madagascar. It is believed to date back as far as the time of King Ralambo (1757-1610) but may even predate him. Another one of the interesting cultural pastimes of the island is Moraingy, a type of hand-to-hand combat practiced by the men of the country. Finally, there is Tolon-omby, which is the wrestling of zebu cattle, similar in style, but not as controversial as, Spanish bull fighting.

70% of Malagasy People Live Below the Poverty Line

Economically speaking, Madagascar facts show us that the island is considered relatively poor when compared with the rest of Africa, and indeed the wider world. Some 70% of the country’s inhabitants are considered to live below the poverty line and many survive on less than $1 per day. Despite this, Madagascar provides the rest of the world with some opulent and expensive goods. The nation supplies the world with around half of all its mined sapphire gemstones. Madagascar also exports much of the world’s vanilla, clove and lychee supplies.

Madagascar Is the Fourth Largest Island in the World

It ranks only behind Greenland, Papua New Guinea and Borneo. Its widest axis measures 994 miles. This large island has a diverse landscape, including a number of volcanic mountains. The largest of these is 9,435 feet in height.

The Country Used to Be a French Colony

Historically speaking, Madagascar facts show us that the country used to be a French colony. The Portuguese arrived on the island in the 1500s but it was the French who colonized and ended up making the official language of the island their native French. In the very late 19th century, the French attempted to totally suppress the indigenous Malagasy language and any British influence that existed. It took a further 70 years for the peoples of Madagascar to achieve full independence. Now, although French is still spoken there, you’ll only really be able to get by if you speak Malagasy.

Of All the Roads that Exist in Madagascar, Only 11% of Them Are Paved

Considering it is quite a large country, Madagascar has a relatively poor infrastructure. In fact, only 11% of roads in the country (this works out at around 30,968 miles of road) are paved or tarmacked properly. Most are mud tracks or filled with potholes and other hazards. This creates problems during the rainy season when many of them become totally impassible. If you’re planning a holiday to the country and need a hire car, most companies will only offer you one with a local driver.

Madagascar Is Also Known as the Red Island

In terms of its geological profile, Madagascar facts tell us that the country is also known as the Red Island. This is because of the soil on the island, which has a very distinctive red hue to it. This precise color is not seen in any other country or island in the world.

This is mainly because Madagascar is generally an inexpensive country to live in. It’s perhaps not the best place to visit if you dislike roughing it, or a lack of amenities. Outside of the major towns and cities you won’t find much in the way of technology, and the infrastructure for public transport is very unreliable. However, it is estimated that you can manage on roughly $30 a day there as a holidaymaker, making it a very affordable destination to travel to.

Madagascar Only Has 2 Seasons

These are known as the wet season and dry season. Unlike other countries in the world which might have four seasons, Madagascar only has summer and winter. Most of the island, but not all, is tropical in climate, but it is not uncommon to see snow at some of the highest elevations in the country. November through to April is summer, with hot and wet weather. May through to October is considered to be winter, with colder and drier conditions.

One of the very interesting Madagascar facts is that the Malagasy people live by something known as Fihavanna, which translates into English as Brotherhood. This makes them one of the friendliest nations in the world. They believe that it is the duty of every household on the island to provide welcoming hospitality to people who visit, even if they are total strangers. Fihavanna relates to the idea of getting along without conflict and avoiding any hostilities.

In culinary terms, the Malagasy people have a varied and healthy diet, of which rice is the staple food source. Over the centuries, the people of the country have had to find many ways of cooking it. One of the most interesting is the delicious local snack prepared on the island called Koba. This is a dish of mixed rice, peanut and banana, turned into a pâté. It is an excellent source of healthy fats and protein and is a very sustaining dish.

The Country Was a Haven for Pirates

Madagascar facts about history tell us that the country has been a haven for pirates over the centuries. This was because of its many secluded coves and also due to the fact that prior to French colonial rule, no single European power had control over the country. The most well-known place for pirates to congregate in the 18th century was a mysterious venue called Libertalia, and the most famous pirate was allegedly called Mission. Libertalia’s fleet of pirate ships was headed by a man called Thomas Tew. He and Mission were killed when they failed to protect the men, women and children of Libertalia from being attacked after an incursion from natives. They escaped with plundered money and jewels, but their ship sank and they were lost to the sea.

Madagascar’s Rainforests Are Now in Danger

The rainforests in Madagascar are broken down into five separate layers or levels. These are known as the overstory, canopy, understory, shrub layer and the forest floor. The overstory is home to between 70 and 90% of the area’s plant and animal life, which rely on 100 inches of rainfall per year to keep them alive. The rainforests are sadly now under threat from a combination of slash-and-burn agriculture and heavy timber logging, most of which is done by poor farmers who are living below the poverty line and are forced to turn areas of rainforest into rice fields. In addition, logging of precious rosewood and hardwood has led to further degradation of these sites.

Textiles Such as Lamba Form an Important Part of Malagasy Culture

Malagasy people will offer clothing or textiles as a sacred gift. The most popularly gifted item is called lamba. This garment will very often be given as a gift to rulers, to spirits or handed down from ancestors in return for blessings. The lamba is simply a piece of brightly colored and woven cloth cut into a rectangular shape and worn around the body. In marriage ceremonies this garment will be wrapped around the couple as a symbol of their eternal unity. 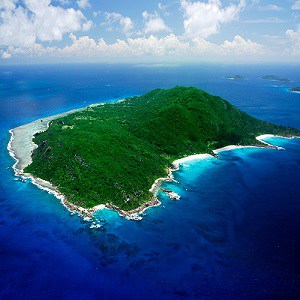 Facts about Madagascar tell us that the country is home to a rich and varied collection of wildlife and animals, 90% of which are found nowhere else in the world. It is a relatively poor country, with rice the staple dish. The country only has two seasons, summer and winter. Its rainforests are now in danger due to heavy timber logging.