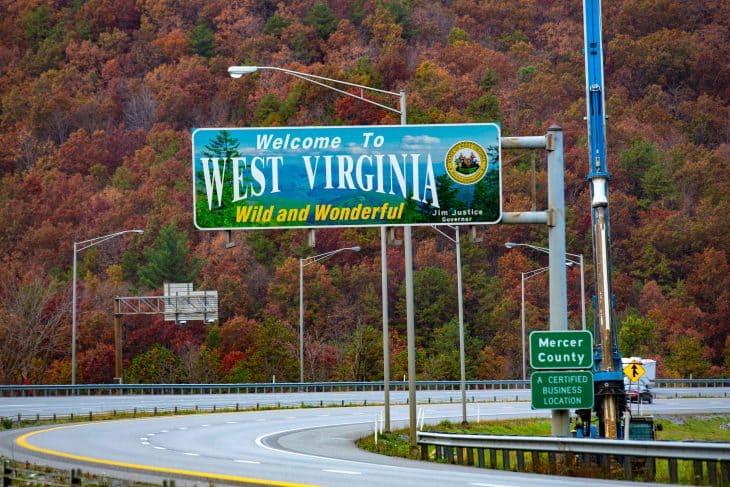 West Virginia is an ideal place if you are looking for a lower cost of living (about 5.6% below the national average in general). An average home here is more than 30% below the national average. The state is not only famous for its breathtaking outdoor activities, such as mountaineering, water rafting, and more, but it also has an undeniably rich history. Though debatable, the Mountain State state once housed the largest 500-year-old Sycamore Tree. And in it, you can also find the oldest and largest Native American Burial grounds. Ultimately, if you are looking for a place that will inspire your artistic side for photography, painting, and literature, then West Virginia is one of the best places to be. That’s why we have here 50 West Virginia facts for you to learn more about this lovely state.

West Virginia used to be part of Virginia.

Curious as to why there is Virginia and then West Virginia? Well, the land that is now West Virginia used to be part of Virginia. Virginia was originally part of the British Virginia Colony during the early 1600s until 1776 (while the western part of it was part of the colony from 1776 to 1863). These two places became heavily divided over some issues such as the secession from the Union, thus, West Virginia’s admittance to the Union as a new state occurred in 1863.

West Virginia is a “Coal Titan.”

For many years, the state’s economy has relied massively on its mineral resources. But because of the instability of coal production and low energy prices, it relatively paralyzed West Virginia’s economy as of late. Nonetheless, West Virginia still ranks number two as the leading coal producer in the country, after Wyoming.

Farming is practiced throughout the state.

Read also: 40 Florida Facts That You Shouldnt Miss About The Sunshine State

West Virginia’s East Coast offers some of its most beautiful scenery. It has year-round outdoor adventure activities from fresh wilderness areas, raging rivers, towering mountains, and luxurious landscapes or terrains for camping, hiking, rock climbing, rafting, boating, and fishing. During the winter season, ski resorts are open for a variety of snow sports.

Blackwater Falls State Park is one of its most popular tourist spots.

Located in Tucker County, West Virginia, Blackwater Falls State Park is one of the most popular tourist spots in the state. The Falls is widely known as it’s often photographed for calendars, magazines, and advertising purposes. Visitors who plan to stay overnight may also explore the option of its amenities, including guest rooms and cabins, campground with campsites, and restaurants.

The Greenbrier is a luxurious resort.

The Greenbrier is one of the most prestigious resorts in the United States. Located in the Allegheny Mountains, West Virginia, The Greenbrier occupies around 4,451 hectares of land, with more than 700 guest rooms, 33 suite rooms, 30 souvenir shops, and 20 restaurants. They also organize numerous indoor and outdoor activities.

The gothic architectural-style prison, West Virginia Penitentiary, is open for tourists and even becomes a haunted attraction every Halloween. As a real prison, West Virginia Penitentiary operated from 1876 until 1995. More than 90 men were executed there, primarily by hanging and by the electric chair, since its introduction in 1951. Today, the place is not just a tourist destination, but is also a training facility and filming location.

The Seneca Caverns of West Virginia are filled with a rich history. According to experts, the formation of the Caverns started more than 450 million years ago, where the native Seneca people lived in the caves during the 1400s. The first-ever registered entry into the Cavern was in 1781 by Francis Asbury (one of the first two bishops of the Methodist Episcopal Church). If you’re into an adventure, you may want to visit Seneca Caverns with a guided tour that descends more than 150 ft below the ground.

Read also: 80 Interesting Louisiana Facts About the Child of the Mississipi River

Most of the state experiences a humid continental climate, it enjoys pleasingly hot summers and mild chilling winters, along with gentle rainfall throughout the year. The annual temperatures here in West Virginia range from about 13°C in the southern part, 11°C in the north, and 9°C in the most mountainous areas.

The coldest temperature ever recorded in West Virginia was -38°C which occurred in Lewisburg on December 30, 1917. Meanwhile, the hottest temperature went as high as 44°C in Martinsburg (a city in and the county seat of Berkeley County) on July 10, 1936.

Popularly known as “Country Roads,” the song “Take Me Home, Country Roads” is about the State of West Virginia. Written by Bill Danoff, Taffy Nivert, and John Denver, this lovely song got enormous positive feedback from West Virginians. So positive that West Virginia University even made it their theme song for their football pregame shows since the early 1970s.

Wheeling was the first capital of West Virginia.

More than 92% of West Virginians are White people.

White people continue to dominate the racial composition of West Virginia. From the 1990s up to 2021, there are more than 92% White people in the state followed by Black people with up to 3.7%, while Asians, including other races, are less than 1%.

Nearly all West Virginians were not foreign-born.

More than 98% of West Virginian residents were not foreign-born, putting the Mountain State first among the 50 states in that statistic. Furthermore, approximately 97% of West Virginians can only speak the English language. And as mentioned above, Spanish is the 2nd most spoken language here in the state, but only around 2% of the population can.

Germans are the largest ancestry group in West Virginia.

It is the least populous in the southeastern United States.

In all southeastern states, West Virginia is the least populous. To compare, other populous states, such as Georgia and North Carolina, have a population of over 10 million. Virginia, on the other hand, has around 8.6 million people, Mississippi with 3 million, while West Virginia only has 1.8 million people.

Drivers, salespeople, and cashiers are the most common jobs here.

Based on the number of employees, drivers, salespeople, and cashiers, are the most common jobs in West Virginia (with at least 23,000 people in each field). Furthermore, there are about 19,000 registered nurses in the state, with the Wheeling Hospital (a historic 223-bed hospital at 1 Medical Park in Wheeling, West Virginia) being one of the best places to work at if you’re a medical practitioner.

From 1954 to 1955, the Division of Natural Resources led a poll for its official state animal. Individuals such as teachers, students, and the majority of the crowd chose the Black Bear. The state animal was formally adopted by the Legislature during the 1973 Regular Session, and the House Concurrent Resolution 6 gave its approval.

“Golden Delicious” is the state fruit of West Virginia.

Harvested from fall through the winter season, “Golden Delicious”, a yellow apple, is one of the most popular cultivars in the country. This big yellowish-green-skinned fruit has a very sweet taste. It was designated as the official state fruit of the state on February 20, 1995.

In 1927, the first pepperoni roll was sold by the Italian-American baker, Giuseppe “Joseph” Argiro at the Country Club Bakery in Fairmont, West Virginia. These delicious pepperoni rolls became an alternative lunch option for the coal miners of north-central West Virginia during the later years.

Read also: 50 Connecticut Facts You Did Not Know About The Constitution State

Often regarded as the unofficial state food of the state for several years now, many West Virginians are proposing to make pepperoni rolls as their official state food. On March 9, 2021, the official request finally came to the House, and the senate rules committee is currently reviewing it. The good news is that there is a very high probability that it will be implemented soon.

The first Mother’s Day was celebrated in Grafton, West Virginia.

On May 10, 1908, Andrews Methodist Episcopal Church in Grafton, West Virginia celebrated the very first Mother’s Day. Almost six years later, the 28th president of the United States, President Woodrow Wilson, formally recognized the first national Mother’s Day for the entire country as a public display of love and respect for all the mothers.

The New River Gorge Bridge was once the longest single-span arch bridge.

Virginia was once home to the world’s longest single-span arch bridge. It has held that title for 26 years, and up to this date, it’s still one of the longest, ranking 5th in the world. Moreover, it’s also one of the highest as the roadway of the New River Gorge Bridge is 267 meters above the New River, making it the 3rd highest in the country.

A horizontal plastic water slide (made possible and set up by Natural Light Beer) placed in Canaan Valley Ski Resort in Davis, West Virginia, made a record for the longest plastic water slide. Spanning at 616 meters high or 2,021 ft long, Guinness World Records confirmed the world record on July 1, 2021.

The smallest chicken egg was in West Virginia.

A man from Charleston, West Virginia named Donnie Russell, spotted a chicken egg that was only 2.1 cm long (about the size of a small coin) and only weighs 3.46 grams. Russell’s discovery made another history for West Virginia as the record holder of the smallest chicken egg.

West Virginian Danny Heater scored 135 points in a high school basketball game on January 26, 1960. Danny’s coach and teammates pumped him up before the game, telling him that he can beat West Virginia’s record of 74 points. By the end of the first half, Danny already scored 50 points. He dropped another 85 points until the end of the game, in which 55 of those points came in the last 10 minutes.

The American basketball player, Georgeann Wells created a historic sports event for West Virginia. Georgeann successfully delivered the first-ever female dunk on a college basketball game at West Virginia University on December 21, 1984. Her listed height is 6 ft and 7 in tall.

The state is below the life expectancy average.

West Virginia and other states including Tennessee, Alabama, Mississippi, Kentucky, Oklahoma, Arkansas, Louisiana, Missouri, and South Carolina, are ranked at the bottom in terms of life expectancy. The Mountain State has an average life expectancy of 74.4 years as of 2021. It consequently places the state amongst the lowest for both men and women, respectively. As a whole, the United States has 79.11 years of life expectancy.

One of the smallest churches is in West Virginia.

Our Lady Of The Pines, a Roman Catholic church, is one of the smallest churches in the world. The church is only good for 10 to 12 people, and its exterior specifications are 24 ft x 12 ft. Its exact address is at 101 Breedlove Rd, Eglon, West Virginia. 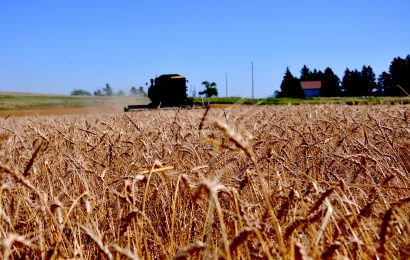 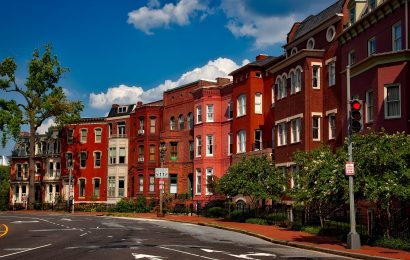 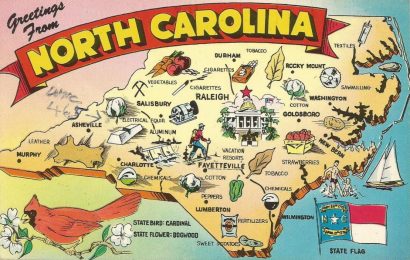 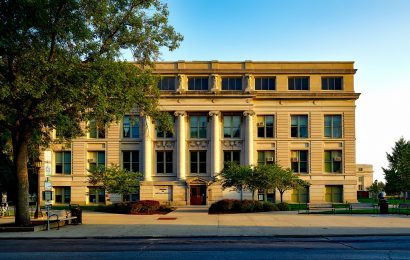 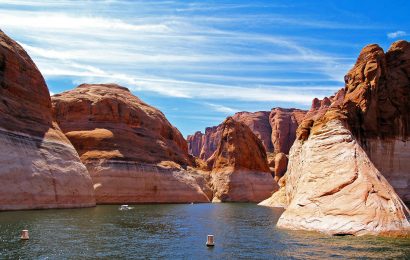 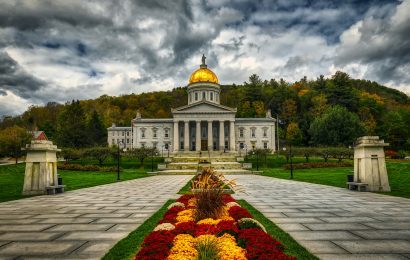 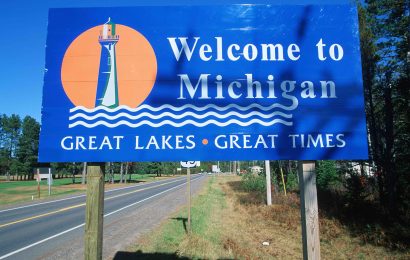 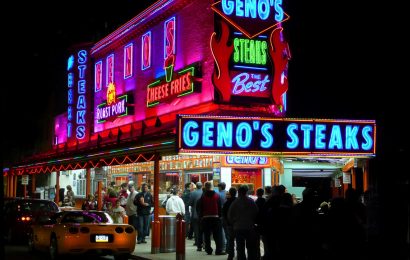 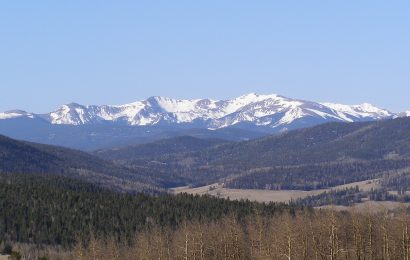 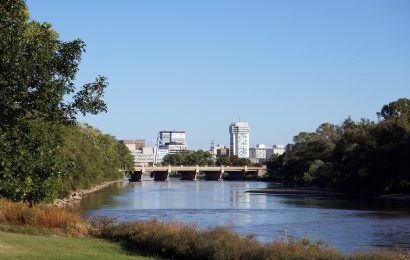 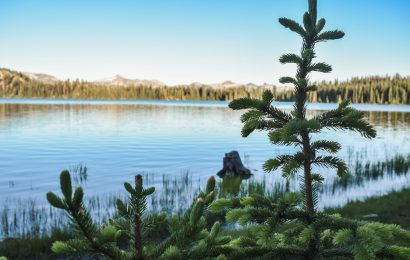 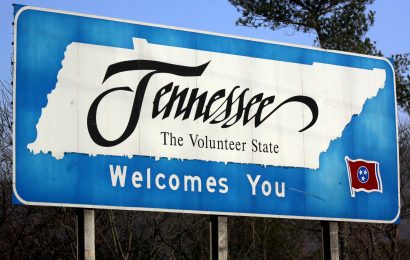 50 Tennessee Facts About The Volunteer State