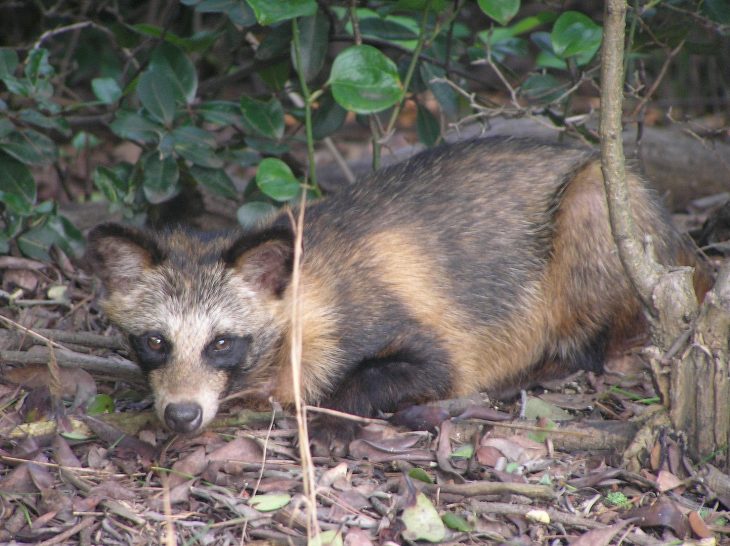 Although they have similar facial patterns, raccoon dogs can’t be more different from the animals they’re named after. More related to foxes than actual raccoons, these obscure animals can definitely make you scratch your head in wonder. However, they’re actually common in some regions of the world. Aside from being the source of tanuki fur, these canines have many more things up their sleeve. Find out more about these animals with these raccoon dog facts.

Commonly found in forests and urban areas, the raccoon dog hunts insects, amphibians, fish, birds, and shellfish, while also foraging for nuts and berries. They’re even able to eat poisonous toads, using large amounts of saliva to dilute the poison and keep them from taking any effect.

It’s also not unknown for raccoon dogs to eat certain reptiles, like tortoises and their eggs. They also eat fellow mammals, from small rodents like rats to mammals as big as moles. In the wild, scientists and even ordinary people have also seen the animals eating fruits growing in the wild.

Raccoon dogs are predators too.

They particularly like to prey on birds that live near water, such as along riverbanks or seashores. They also don’t hesitate to prey on chicks or to eat the birds’ eggs as well. Statistics from Russia and Lithuania show that between 20% to 50% of bird deaths in the wild result from raccoon dogs feeding on the birds.

Wolves make up their most common predator, with Russian statistics showing that between 56% to 64% of all raccoon dog deaths in the wild. Foxes also prey on them, though they usually avoid adults and target the pups. Birds of prey like hawks, owls, and eagles, also prey on raccoon dogs. While badgers don’t usually prey on them, they with raccoon dogs for food, sometimes killing them in conflict.

Racoon dogs have their mating season in the spring.

Mating season for raccoon dogs usually starts in February and lasts until the end of April. Raccoon dogs mate for life, usually pairing up with each other in autumn of their first year together. However, this only applies to animals in the wild. In captivity, males have been observed to mate with several different females.

Females only stay in heat for less than a week, leading the animals to mate several times every night. They go into heat once every month and may go into heat even when already pregnant.

Females give birth to litters between 6 to 8 pups, but the biggest litter ever recorded reached 16 pups. First-time mothers also tend to birth smaller litters than females that have become pregnant in the past.

Upon giving birth, female raccoon dogs lactate for up to 2 months, but begin feeding their young solid food after a month. Born blind and toothless, raccoon dog pups only open their eyes around 10 days after birth. Their teeth also begin to appear after 16 days.

While raccoon dogs in captivity have lived for up to 11 years, scientists haven’t been able to pinpoint its lifespan in the wild. So far, the oldest specimens encountered in the wild reached 7 years old with no danger of dying from old age.

Racoon dogs hibernate in the winter.

This makes them unique among dog-like animals, as they’re the only ones that go into hibernation over winter. Even then, it also depends on where they live, as shown by raccoon dogs from Russia’s Primorsky region. For these animals, they only hibernate during especially powerful snowstorms.

Instead of barking, wild raccoon dogs typically growl and whine. For those in captivity, raccoon dogs have been observed making cat-like meowing sounds. Generally, Japanese specimens also tend to have higher pitches than their cousins, making them sound even more like cats.

The raccoon dog has 5 sub-species around the world.

Animal medicine has since identified no less than 32 different parasitic infections that raccoon dogs can fall prey to. Aside from ticks and rabies, racoon dogs are vulnerable to trematodes, nematodes, cestodes, and the Echinococcus parasite. They may also suffer from mange but are also less likely to die from it compared to foxes.

It wouldn’t become the first time that raccoons carried viruses that eventually infected humans. After all, raccoon dogs brought meningoencephalitis to Europe through infected ticks. When SARS first broke out in 2002, raccoon dogs became the primary suspects. However, genetic analysis revealed that bats carried this virus rather than these canines.

People around the world hunt the raccoon dog.

Historically, people have hunted raccoon dogs as far back as the 19th Century. With a 90% chance of catching them, people would use dogs to hunt these canines. Meanwhile,  guns can bring the animals down 10% of the time, with traps even less so, at only 7% at most. Today, hunters manage to get up to 160,000 specimens a year in Finland alone.

Russians call it murmansky fur, Japanese call it tanuki fur, Americans call it Asiatic raccoon fur, and Europeans call it Finnish fur. The value depends on how silky the fur is, with Japanese tanuki fur usually the silkiest of them all. Chinese and Korean specimens tend to have the coarsest fur, making them less valuable, while Russian specimens have a balance between silkiness and coarseness.

The value of raccoon dog fur has varied over the years.

At the start of the 20th Century, up to 300,000 animals had to be caught every year to keep up with the demand for their fur. By the 1930s, the demand fell to only 12,000 specimens needed for the consumer market. In present day, this number has remained more or less steady.

Read also: Types of Woodpeckers and Why Do They Peck

Russians sometimes breed raccoon dogs in captivity for their fur.

They started this practice in 1928, under the direction of the Soviet Union. During this period, around 15 state farms in the Russian Far East bred the animals specifically for their fur. In the 1940s, the farms received orders to breed silver foxes instead, whose fur has more value.

Some retailers once tried to sell raccoon dog fur as artificial fur.

In 2006, people discovered Sean Jean’s artificial fur jackets actually used natural fur from raccoon dogs. This led Macy’s to pull the products from shelves, with CEO Sean Combs admitting that he never knew about the natural fur in the clothes he designed. He also made sure to stop using that kind of fur again. In 2013, people found 3 more retailers selling natural fur as artificial fur, which eventually got settled in court.

The raccoon dog has a place in Japanese myth.

The Japanese also call them bake-danuki, shapeshifting supernatural animals who like to trick people. However, the Japanese also associate the tanuki with virtue, fortitude, luck, confidence, and even friendliness. If you visit Japan, you’d see temples all over with tanuki statues to honor those traits.

Like the tanuki, foxes in Japanese mythology have the supernatural ability to change their shape. However, a popular belief in Japan states that while foxes have 7 other forms, a tanuki has 8. Foxes also have a reputation for being temptresses, while tanuki usually only trick people when they’re acting like fools.

This has also led to the Japanese tendency to describe women as either fox or tanuki-faced. Fox-faced women tend to have angular features, usually seen as more beautiful but also more devious. Tanuki-faced women, though, have soft features and are seen as more trustworthy.

Raccoon dogs were the main characters in a Studio Ghibli film from 1994.

The tanuki that make up Pom Poko’s main characters find their homes facing a threat from a large-scale suburban development program. The film covers their ultimately unsuccessful attempt to stop the program, forcing the tanuki to either leave or transform into humans to blend with society. 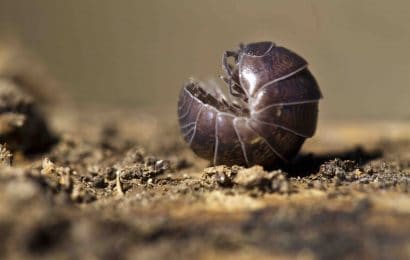