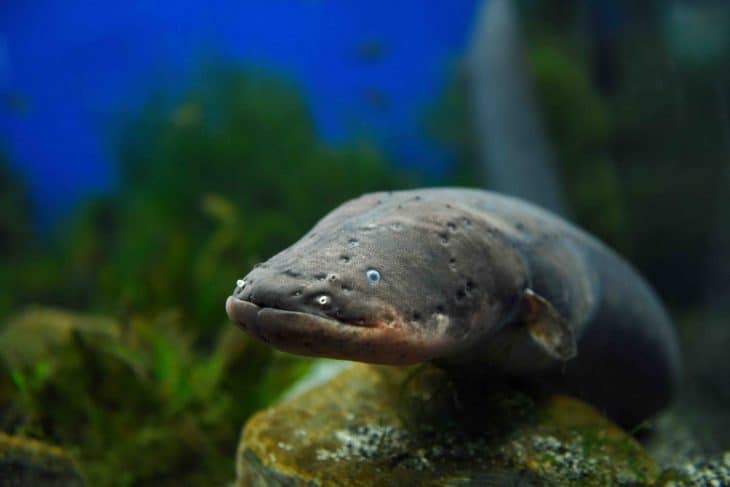 Electric eels aren’t the most common animals in the world, but doesn’t that doesn’t make them any less important than all other creatures of the sea. Far from it. In fact, the rarity of their species makes them among the most well-known fishes in the world.

There are about 800 eel species in the world. Among that list, Japanese eels are currently classified as “endangered” owing to habitat loss, overfishing, and other factors. The European eel belongs in that category, too. The overall number of European eels in the world decreased by around 90% since the 1970s. Electric eels are well-known for their ability to produce a strong electric shock to predators and prey. But did you know that eels can generate a shock of up to 860 volts – that’s up to 1 ampere of current!

If someone serves you eel, you better eat it! Eels are very nutritious. In Japan, it’s thought that eels give you vitality. Eels are one of the most nutritious foods a human can eat, based on numerous scientific studies. But if you go scuba diving, and you see an eel, you better swim away from it. Why? An electric eel’s shock is similar to a stun gun’s brief, numbing jolt. Normally, a person cannot die from shock. Multiple shocks, on the other hand, can cause heart failure or respiratory failure. The most common cause of death from electric eels shocks is drowning when the jolt knocks a person into the water. Even if you won’t die from it, we bet you don’t want to experience that shock! If you are in the water a lot, you shouldn’t worry too much about it, though. Electric eels live in a small area of the world and are difficult to keep in captivity, so most people have never seen one.

Did our quick rundown of eel facts make you want to know more about these wonders of nature? Then check out our 30 electric eel facts below!

Electric eels have a turbulent history.

Specifically, their scientific name experienced many revisions over the centuries. Carl Linnaeus first gave them the name “Gymnotus carapo” (banded knifefish) in 1766. Centuries later in 1864, Theodore Gill renamed them “Electrophorus electricus,” which they use today. Scientists later considered giving the species its own family, the Electrophoridae, but ultimately kept them in the Gymnotidae family. And then in 2019, scientists led by David de Santana proposed reclassifying some electric eels into 2 new species. Those include “Electrophorus voltai,” and “Electrophorus varii,” based on differences in anatomy, DNA, and habitat among other factors.

The eels need to breathe air.

This results from the fact that they have no gills, instead of having buccal cavities much like amphibians have. This means electric eels have to periodically surface, usually around every 10 minutes, in order to breathe before returning underwater.

Scientists call it the Weberian Apparatus, where a gas chamber inside the fish has a connection to their inner ears made up of a series of small bones. The gas chamber not only helps keep the fish control its depth in the water, but also to amplify any sounds it might pick up. The bones then vibrate in the same way the sounds do in the air, and directly transmit those vibrations to the inner ear. This, in turn, allows the electric eel to hear much better than it otherwise could.

They also have 3 separate organs to generate electricity with.

Electric eels can also control the amount of electricity they produce.

This also allows them to use electricity in various ways. Low voltage shocks let the eel sense their surroundings while using high voltage shocks to hunt prey. They can also control how much electricity they can put out per unit of time. For starters, an electric eel puts out high voltage pulses every 2 milliseconds, which causes prey to expose themselves. They then put out 400 high voltage pulses in a single second to stun and paralyze their prey, allowing the eel to bite down.

They also use electricity to hunt others of their kind.

Specifically, they have the ability to sense electricity of the kind they put out to sense other electric eels. They do this using patches of high-frequency tuberous receptors that lie scattered across their bodies.

An English scientist from the late-18th to late-19th Centuries, Faraday pioneered the study of electromagnetism and electrochemistry. Over a period of 4 months, Faraday carefully measured and recorded the electrical pulses the eels generated. Those experiments allowed Faraday to measure the power and direction of the pulses. With the help of a galvanometer, this allowed Faraday to prove beyond question the eels’ ability to produce electricity.

In particular, they think artificial power cells that use the same design as the electrolytes of an electric eel can find use in small applications. Those include medical implants like pacemakers, and also even micromachines.

This comes from the fact that the only way to catch the eels involves tiring them out. Hunters have to force the eels in the wild to repeatedly discharge into the water until they’re too tired to keep going. Only then can the hunters safely go into the water, and get the eels.

The Tennessee Aquarium in the USA has an eel.

They call him Miguel Watson and have him remotely hooked up to a small computer. Every time Watson generates a powerful electrical pulse, said computer sends out a prewritten tweet alerting everyone about Watson’s pulse.