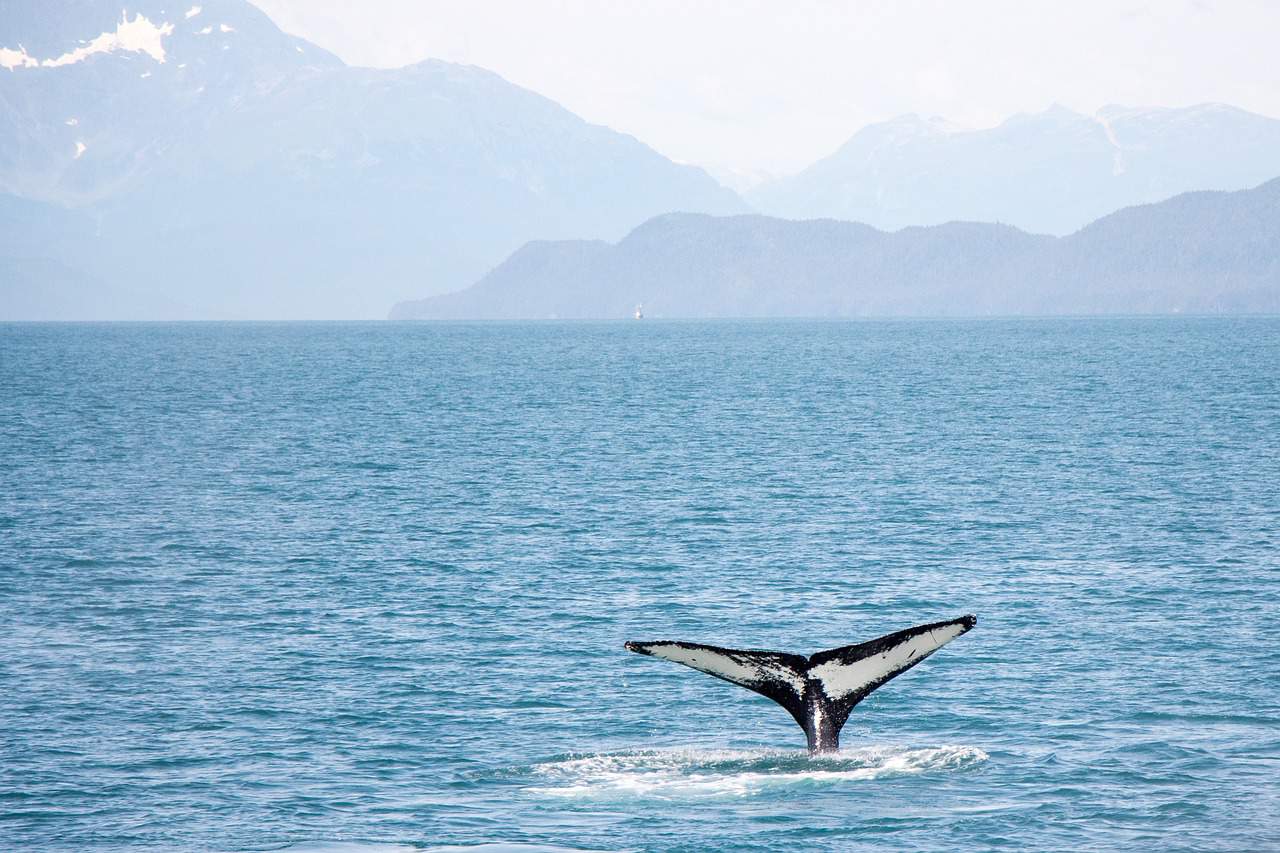 The blue whale is a huge, “missile-shaped,” marine mammal. These giants have blue-gray colored skin with a slightly lighter colored underside. Blue whales are the biggest animals in the world. Discover the tiniest details about these massive creatures through these facts.

The blue whale's penis is the biggest of any animal.

Although the sizes may vary depending on their genetics, the average blue whale’s penis size measures 8-10 ft long with an average diameter of 30 cm. The blue whale’s penis weighs around 400 up to 1,000 lbs – which is as heavy as 1-2 sports bikes. How’s that for blue whale facts?

The blue whale's testicles weigh up to 150 lbs per testicle.

The blue whale’s testicles contains around 7 gallons of sperm. During sexual intercourse, as much as 4 gallons of sperm is ejaculated from its penis in a single session.

Except in the Artic, blue whales roam all of our planet’s oceans. They normally swim alone or in groups of 2-4. In certain places where there is a lot of food available, they can come together up to over fifty individuals.

Blue Whales can consume more than 3,000 kilos of krill every day.

In contrast to its gigantic size, the blue whale’s diet is of tiny krill (crabs, lobsters, crayfish, shrimps, prawns, etc) and copepods (planktonic). However, their appetite is as gigantic as you’d expect. During their prime, blue whales consume up to 3,600 kg of krill. In other words, they can eat up to 40 million krill per day. Now that’s a mouthful of blue whale facts.

The blue whale's poop can be used as fertilizers.

Speaking of eating so much food, the blue whale’s digested meals act as a fertilizer for shallow ecosystems. Also called ambergris, blue whales can expel over 200 liters of poop for each bowel movement. Aside from its ecological purpose, whale poop also costs a big deal of money due to its use in the perfume industry: ambergris can retail for 30x the amount of silver.

The blue whale's poop creates algae in the ocean.

Described to have almost the same smell as dog poop, ambergris has a consistency of bread crumbs. Their poop helps create important algae in the ocean. Bet you didn’t expect that from blue whale facts.

Blue whales are a species of ‘baleen’ whale.

The baleen whales or whalebone whales are a widely distributed and diverse parvorder of carnivorous marine mammals. Currently, there are 15 species of baleen whales and the blue whale is one of them.

Instead of teeth, they have baleen, a filter-feeding system inside their mouths. When they eat, the whale allows a high volume of water and krill into its mouth. As soon as the water pushes through over 300 baleen plates, the krill is trapped inside.

Blue whales are the loudest animal on earth.

Blue whales communicate with each other through making a series of loud vocal sounds. When the blue whale makes this sound, it can be heard underwater for hundreds of kilometers, which makes them the loudest animal on earth.

During the feeding season, blue whales are usually found in the cold polar waters, hunting for their food. Furthermore, they migrate to the tropical waters when it’s time to mate and to give birth.

A newborn whale is called a calf.

A newborn blue whale calf is approximately 23 ft in length. At this early stage of life, a calf can already weigh 8,800 lbs. Calves grow very fast, and for the next eight months, they will nurse on their mother’s rich and fatty milk. They will gain 200 lbs every single day until they reach their right size.

Blue whales have been endangered since 1970.

Blue whales used to be abundant in the ocean until the 19th century. Despite a global hunting ban in the year 1966, their numbers continued to plummet due to poachers. In the last 150 years, the blue whale’s population declined by up to 90%. Definitely one of the sadder blue whale facts.

Different organizations are doing their best to preserve blue whales.

Because of their meat, the early humans hunted whales for survival. For instance, the whale blubber is rich in vitamins A, C, and D. On the other hand, their meat contains niacin, iron, and of course, protein.

During the 1900s a significant number of blue whales were killed for the oil extracted from its blubber. Back in those years, whale oil was commonly used in oil lamps, margarine, and soap.

Blue whales can swim as fast as 50 kilometers per hour.

Blue whales only have two predators.

Because of the blue whale’s massive size, it has almost no predators except for humans and killer whales, an oceanic dolphin family. Killer whales are the only recorded animal on Earth who tried to attack a blue whale. However, the blue whale is approximately 5 to 6 times bigger than a killer whale.

Many blue whales have scars from the teeth of the killer whales.

The blue whale has an unbelievable sense of hearing.

Blue whales can communicate with very low-frequency sounds. Under the right circumstances, each of them can interact and hear each other as far as 1,600-kilometres away.

Blue whales have a slow reproductive cycle. They only breed just once every three years. Moreover, its pregnancy period is normally between 10 to 12 months. Other whale class such as the sperm whale and beluga whale takes around 14 to 16 months.

The odds of survival for twin calves are very low.

Blue whale mothers only produce 1 calf. Although there are some rare cases of a twin blue whale inside her, it is very unlikely to survive since the nursing mother has a limited supply of milk which is only enough for one calf.

A blue whale’s milk contains about 35-50% milkfat which allows the calf to gain weight. To sustain dynamic growth, the calf consumes around 200-600 liters of milk every day. Within 6 months, the average length of the growing calf will be over 52 ft already.

Blue whales start to get in-heat during their adolescent stage.

The adolescent stage of the blue whale starts from the moment when the calf reaches sexual maturity. This is the period where they start searching for mates.

The adult stage of blue whales starts as early as 6 years old.

In general, the adult stage of the whales starts as early as 6 years old to 13 years old. This is the stage when they reach sexual maturity and are now ready for reproduction.

On average, the blue whale dives less than 330 feet when consuming food. However, if they decided to go very low, they can dive as deep as 1,640 feet. Take note that the deep human dive ever recorded currently is 1090 feet.

Blue whales once walked on land.

The ancestors of the blue whale once walked on land (imagine a unique breed of a hippopotamus, a semi-aquatic animal). These gentle giants once walked on the planet earth with four legs around 50 million years ago. Furthermore, they evolved over a long time for survival reasons – they adapted in the ocean lifestyle since it offers more ‘food’ and ‘safety’ compared to the land.

Although blue whales do not have legs anymore, they still have a pelvis.

Compared to their body size, blue whales have small pelvic bones. Even after a long evolution, and like a regular mammal, they managed to keep it – their pelvic bone is only around a foot long.

Except for humans, whales are the only mammals on earth who can sing. These lovely giants can sing for about 6 minutes to 1 hour. A bull will sing to a cow when he wants to attract her, while the cows sing to its calves to comfort them.