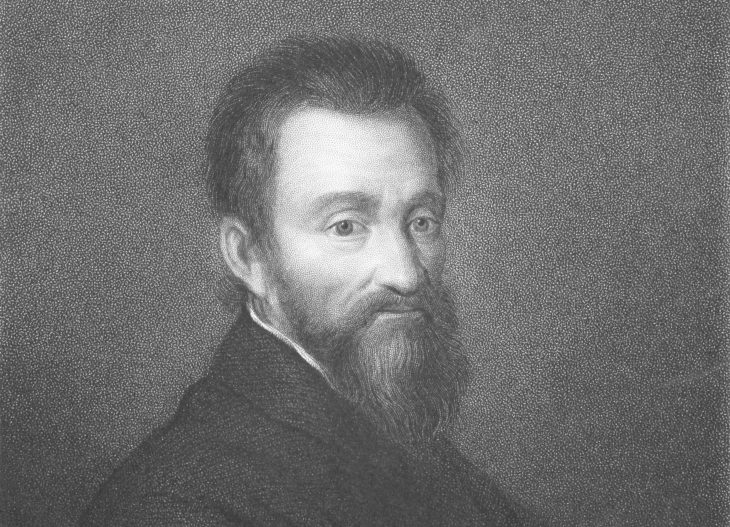 Isn’t it amazing that both of the world’s greatest artists, Michelangelo and Leonardo da Vinci, lived in the same time and country? These Italian artists have forever changed the world of arts and raised its standards, however, we’re here to talk more about the former’s life and achievements. That’s why we have here a list of Michelangelo facts to honor his memory.

To begin, in the early 1500s, Michelangelo Buonarroti (1475-1564) and Leonardo da Vinci (1452-1519), the two greatest artistic geniuses of the Italian Renaissance, worked on enormous paintings of battle scenes for the Salone dei Cinquecento in the palace of the Florentine government. There is even an ongoing debate about who’s better than the two, and based on the survey and opinion amongst experts, Michelangelo has an upper hand. Find out why with these 40 Michelangelo facts that will help you better understand this artist’s unconventional point of view.

Quick Facts
Essential Facts
Interesting Facts
Table of Contents
01His father was the town’s judicial administrator.
02His mother died when he was 6 years old.
03He did not show interest in his studies.
04Michelangelo became Domenico Ghirlandaio’s apprentice.
05He already met the best philosophers and writers during his teenage years.
06The Tomb of Pope Julius II took 40 years to finish.
07Michelangelo worked on the Pope’s tomb and painted the ceiling of the Sistine Chapel at the same time.
08His work on the Sistine Chapel ceiling was not easy as you think.
09The Sistine Ceiling also tells the story of Moses and Jesus Christ.
10He was only 15 when he created the Madonna of the Stairs.
11A rival broke Michelangelo’s nose.
12Michelangelo was a Catholic.
13Most of his poetry still exists today.
14Many people view him as down-to-earth.
15He got paid 3,000 ducats for the Sistine Chapel.
16He died at age 88.
17Lionardo Buonarroti commissioned Giorgio Vasari to design and build the Tomb of Michelangelo.
18Michelangelo outlived Leonardo da Vinci by more than 40 years.
19His name is a combination of Hebrew and Greek.
20His last sculpture was the Rondanini Pieta.

His father was the town’s judicial administrator.

At the time of Michelangelo’s birth, his father (Ludovico di Leonardo Buonarroti Simoni) was the town’s judicial administrator and podestà or local administrator of Chiusi della Verna. His mother was Francesca di Neri del Miniato di Siena. The Buonarrotis have said that they descend from the Countess Mathilde of Canossa (one of the most powerful nobles in Italy in the 2nd half of the 11th century). Although Michelangelo fully believed it, the claim remains to be unproven.

His mother died when he was 6 years old.

A few months after Michelangelo’s birth, their family returned to Florence, where he grew up. Unfortunately, his mother died when he was only 6 years old due to an illness, and Michelangelo lived with a babysitter and her husband (a stonecutter) in the town of Settignano, where his father operated a small farm and marble quarry—there he gained his passion for marble.

He did not show interest in his studies.

The young Michelangelo studied grammar in Florence under the Humanist Francesco da Urbino. Despite the opportunity, Michelangelo gave no interest in his education, preferring to draw paintings of churches, and continued to look for other painters as his friends.

At age 13, Michelangelo already became the apprentice of Domenico Ghirlandaio (an Italian Renaissance painter who had the largest workshop in Florence), and during his childhood, he saw how the Vatican called a team of painters along with Domenico Ghirlandaio to decorate the walls of the Sistine Chapel.

He already met the best philosophers and writers during his teenage years.

From 1490 to 1492, the teenager Michelangelo attended the Platonic Academy (a Humanist academy founded by the Medici). There, several prominent philosophers and writers of back then, including Marsilio Ficino (Italian scholar and Catholic priest), Pico Della Mirandola (Italian Renaissance nobleman and philosopher), and Poliziano (an Italian classical scholar and poet of the Florentine Renaissance), influenced Michelangelo’s works and visions.

The Tomb of Pope Julius II took 40 years to finish.

In 1505, the newly elected Pope Julius II invited Michelangelo to commission and build his tomb. They wanted to finish it in 5 years and include at least 40 statues. However, due to constant interruptions of his work on the tomb with other tasks, it took 40 years (from 1505 to 1545) to complete, and he didn’t finish it to his satisfaction.

Michelangelo worked on the Pope’s tomb and painted the ceiling of the Sistine Chapel at the same time.

During the period Michelangelo was working on the Pope’s tomb, this was also the time when he painted the ceiling of the Sistine Chapel. His work here took roughly 4 years to finish (1508–1512). The center of the ceiling is decorated with 9 scenes from the Book of Genesis. You’ll see in the painting the Creation of Adam, which many art experts have compared to Leonardo da Vinci’s Mona Lisa.

His work on the Sistine Chapel ceiling was not easy as you think.

Michelangelo started working on the Sistine Chapel ceiling during his 30s and at this age, he already had a solid reputation as a sculptor. But like most projects in our world today, his work at this marvelous Chapel was not all fun and games. Through it, he also experienced disappointments, disagreements, hesitations, and delays. There was even a point where Michelangelo argued with the Pope and shortly after, he secretly left Rome for Florence.

The Sistine Ceiling also tells the story of Moses and Jesus Christ.

Michelangelo’s frescoes (a mural painting technique that involves painting with water-based paint directly onto wet plaster) on the Sistine ceiling tell the bible story. They are part of the 15th-century narrative and tell the story of Moses and Jesus Christ. The Pope selected the themes and subjects stressed in the fresco, while Michelangelo executed the presentation of the design. Whether you’re a religious person or not, who wouldn’t want to see this masterpiece, right? Click here for the video.

He was only 15 when he created the Madonna of the Stairs.

Michelangelo’s earliest known work in marble is the Madonna of the Stairs. He sculpted Madonna of the Stairs in 1490 when he was 15 years old. This work and the Battle of the Centaurs were his first two sculptures. Both of these became an early turning point of his life which molded his sculptural technique.

Pietro Torrigiano, another young rival of Michelangelo, struck him in the nose, causing it permanently smashed and disfigured. Michelangelo possibly provoked him using “trash talks,” and it was clear that he was jealous of Michelangelo’s superior skills.

“I gave him such a blow on the nose that I felt bone and cartilage go down like biscuit beneath my knuckles, this mark of mine he will carry with him to the grave.”

Michelangelo was a Catholic.

Michelangelo was a Catholic whose faith increased at the twilight of his life. His poetry includes the following closing lines from what is known as poem 285 (written in 1554); “Neither painting nor sculpture will be able any longer to calm my soul, now turned toward that divine love that opened his arms on the cross to take us in.”

Most of his poetry still exists today.

He wrote countless poems and letters, and most of them still exist today. The poetry is very intriguing, as he discusses love, lust, and happiness, loyalty, spirituality, and the human soul. His most famous poetry includes Celestial Love, Dante, The Doom Of Beauty, Joy May Kill, and Love’s Justification.

Many people view him as down-to-earth.

Michelangelo was not self-indulgent in his personal life, stating to his apprentice that “However rich I may have been, I have always lived like a poor man.” According to his accounts, Michelangelo would eat and drink out of necessity than of pleasure, and he can sleep in his casual clothes with boots on.

He got paid 3,000 ducats for the Sistine Chapel.

As a famous and respected artist of his time, Michelangelo earned a good amount of money. For painting the ceiling of the Sistine Chapel alone, he received 3,000 ducats, which would amount to at least $100,000 in today’s equivalent, which was an enormous amount of money back then.

Michelangelo died at home in Rome after a short illness in 1564, at the age of 88, just 3 weeks short of his 89th birthday. Michelangelo’s estimated net worth today or if he is still living today, should be at least $35 million. His brothers, and some relatives, received the money.

Lionardo Buonarroti commissioned Giorgio Vasari to design and build the Tomb of Michelangelo.

One of Michelangelo’s heirs, Lionardo Buonarroti selected Giorgio Vasari, another famous Italian painter and architect, to design and build the Tomb of Michelangelo, a monumental project priced at 770 scudi, and took more than 10 years to complete. The 2nd Duke of Florence, Cosimo I de’ Medici, supplied the marble for the tomb to honor Michelangelo.

Michelangelo, Leonardo da Vinci, and Raffaello Sanzio da Urbino are the “big three” of the Florentine High Renaissance. Even though their names are often mentioned together, Michelangelo was younger than Leonardo by 23 years, and older than Raphael by 8. Unfortunately, due to Michelangelo’s solitary nature, he had few associations with either artist, and outlived both of them by more than 40 years. Leonardo da Vinci died at age 67, while Raffaello Sanzio da Urbino died at an early age of 37.

His name is a combination of Hebrew and Greek.

His last sculpture was the Rondanini Pieta.

Before Michelangelo died and felt his illness, he would still go to the work site regularly, which was the construction on St. Peter’s Basilica in the Vatican. He supervised the job he was doing from home by sending drawings and designs to his assistants. Moreover, this would not stop him from sculpting until his last days. He even continued to work on ‘Rondanini Pieta’, which depicted Jesus in the Virgin Mary’s arms. 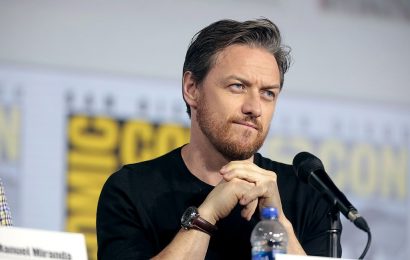 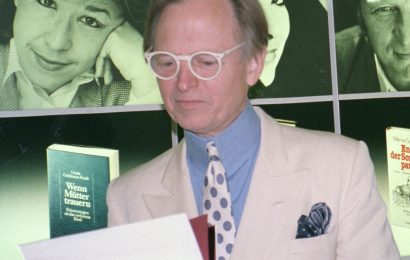 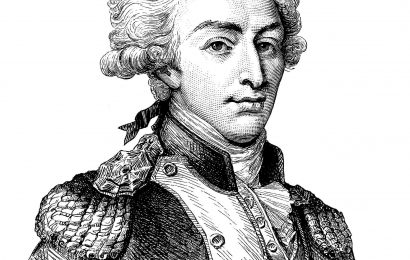 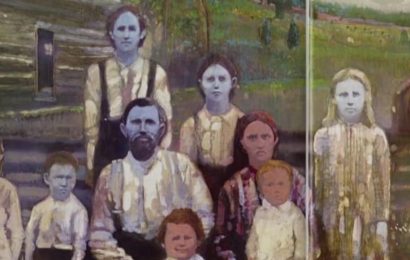 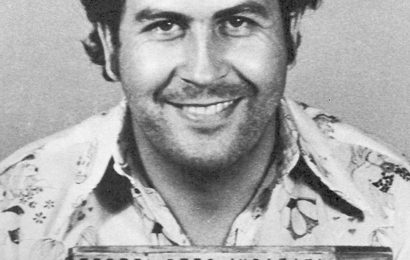 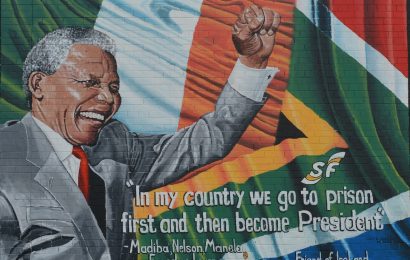