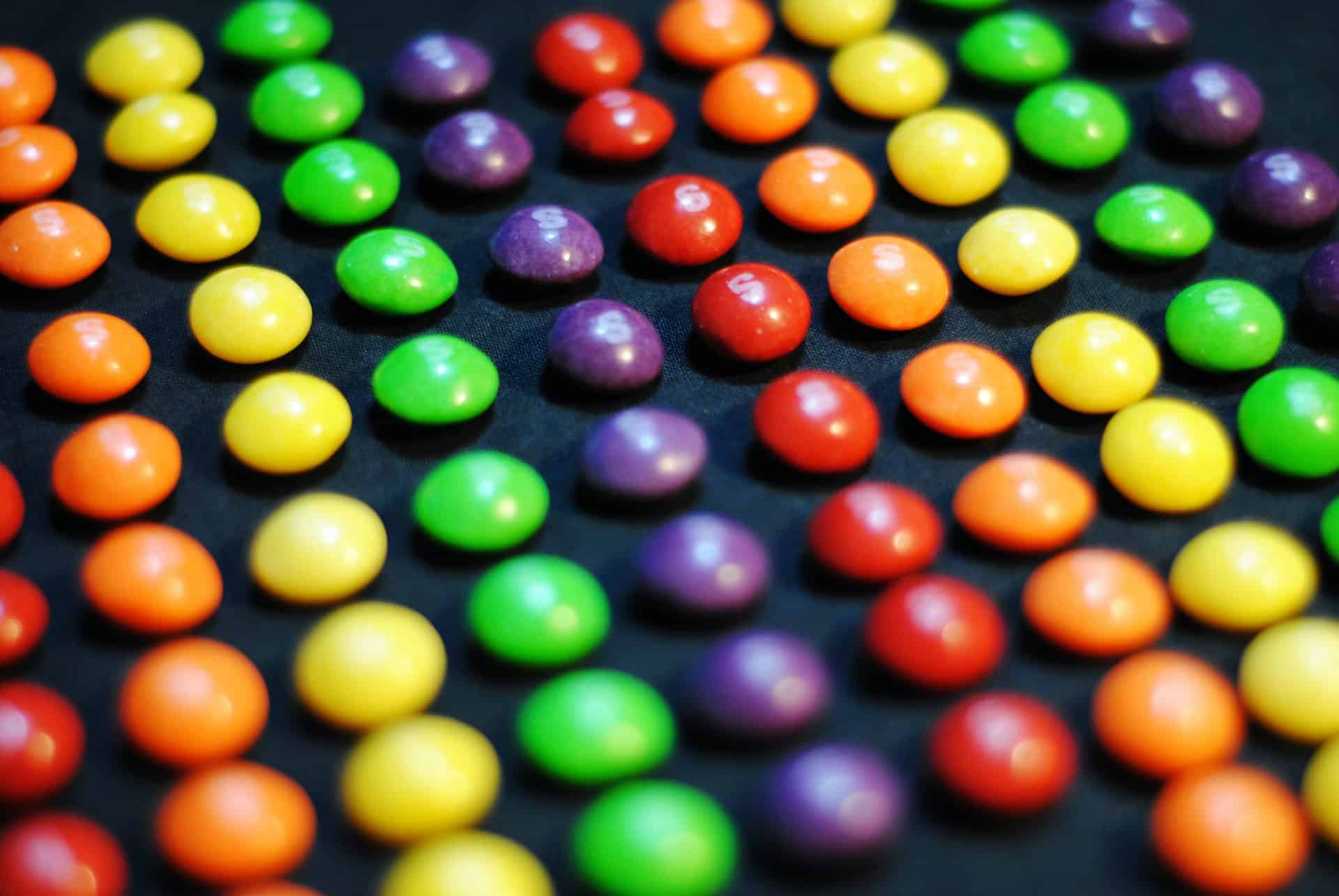 Quick Facts
Essential Facts
Interesting Facts
Table of Contents
01 The Skittles uses Helvetica Black for its logo.
02 Skittles ranks among America's favorite candies.
03 Skittles continues to innovate its products.
04 Skittles released a yogurt flavor line.
05 For every 100 grams, Skittles contain 400 calories.
06 The original Skittles has 5 colors.
07 The color blue is one of the most difficult dyes to create.
08 The brand offered limited-edition blue Skittles.
09 Skittles had a website-based promotional campaign.
10 Skittles has an unofficial mascot.
11 More than 200 million pieces of Skittles are produced every day.
12 Skittles has a bad rep in candy.
13 There is an ongoing debate about whether Skittles is really using different flavors or not.
14 The name Skittles seemed to originate from a game called 'skittles.'
15 No one knows who invented Skittles.
16 The makers of Skittles also created Juicy Fruit and M&M’S.
17 The company plans to have more environment-friendly facilities by 2025.