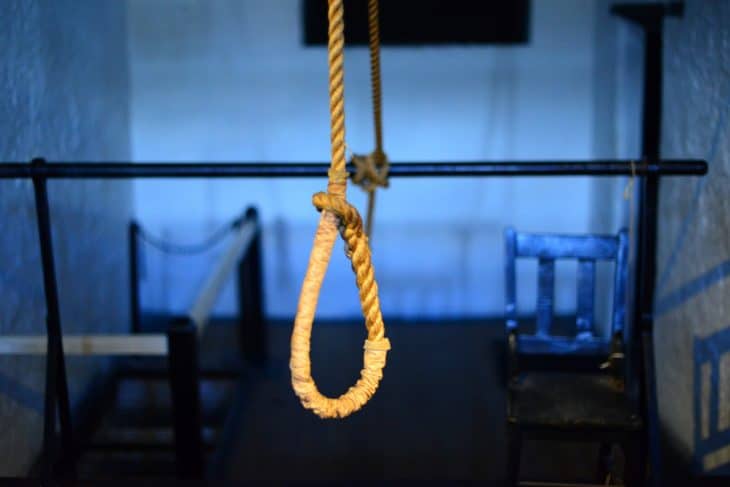 Quick Facts
Essential Facts
Interesting Facts
Table of Contents
01 The Death Penalty Dates Back to the Beginning of Time
02 The First Recorded Death Penalty in America Was in 1608
03 Lethal Injection is the Most Common Method
04 Death Penalty Trials Are Costly
05 The Public Has Long Debated the Death Penalty
06 Race Plays a Factor in the Death Penalty
07 Death Penalty Laws Differ by State
08 The Majority of Countries Do Not Practice Capital Punishment
09 Death Row Inmates Get to Choose Their Last Meal
10 Ouch! Some Intense and Barbaric Methods of Execution Were Once Used
11 Women Avoided the Death Penalty for Over 100 Years in Texas
12 Sometimes, Executions Go Terribly Wrong
13 A Convicted Person’s Innocence Has Been Proven After Executions
14 Have a Weak Stomach? Up Until 1936, Executions Were Public
15 Death Penalty Facts – Facts about Death Penalty Summary

The Death Penalty Dates Back to the Beginning of Time

Criminals were put to death by crucifixion, drowning, beatings, being burned alive and even impalement. Death by hanging became the more common execution-style by the 10th century. While it’s impossible to know how many executions have taken place over the years, it is estimated that in the 16th century as many as 72,000 people were executed. Punishable offenses at the time included treason, not confessing to a crime (even if innocent) and marrying a Jew.

The First Recorded Death Penalty in America Was in 1608

As European settlers arrived in America, they brought the death penalty with them. The first execution recorded in the New World was that of Captain George Kendall in Virginia in 1608. He was executed for being a spy. Every colony had different laws at the time regarding the death penalty.

The colony of New York considered such offenses as hitting one’s mother or father or denying God as being punishable by death. As America grew older, the laws began to change. Pennsylvania was the first state to repeal the death penalty except in cases of first-degree murder.

Lethal Injection is the Most Common Method

In 2008, almost 90% of United States-based executions were carried out by lethal injection. During a lethal injection execution, the inmate goes into a chamber and is strapped to a gurney with restraints. He or she is then connected to a cardiac monitor and an IV is inserted into both arms to make sure that there is a usable vein available. At the warden’s signal, the lethal drugs are administered and the line is washed. Death typically occurs within eight minutes.

In California, it has been estimated that the death penalty has cost the state over $4 billion since the late 1970s, including pending trial costs and the overall cost of incarceration. The cost of the actual execution is small in comparison, with the drug(s) used in lethal injections costing less than $100.

The Public Has Long Debated the Death Penalty

Race Plays a Factor in the Death Penalty

There has long been speculation by many whether racial bias comes into play when it comes to the death penalty. A 2003 report issued by Amnesty International found that even though there are typically an even number of black and white murder victims, nearly 80% of people executed were convicted in murders involving black victims. More than 20% of black executions were convicted by all-white juries.

Other reports agree that race plays a factor in convictions. A recent study performed at the University of Washington showed that jurors were four and a half times more likely to impose the death sentence on the defendant if they were black rather than white. Racial bias has been a pillar in the ongoing debate against the death penalty.

According to the death penalty facts, state government determines the stipulations of capital punishment, which vary across the United States. Lethal injection is currently the primary method in 32 states that still allow or have convicted criminals still on death row. Texas was the first state to use the method and 1982. If lethal injection is unavailable for whatever reason, 15 states have a secondary method including electrocution, lethal gas and hanging. Recently, New Mexico, Illinois, Connecticut, Maryland and Nebraska have abolished the death penalty and replaced it with the sentence of life in prison with no possibility for parole. Delaware has ruled that capital punishment is unconstitutional while other states still debate its fairness and effectiveness in controlling local crime.

The Majority of Countries Do Not Practice Capital Punishment

There are nearly five times more countries not practicing capital punishment than those that are. Public execution is still legal in Iran, North Korea, Saudi Arabia, and Somalia. In one case, a Sudanese man’s head with sewn back onto his body after he was beheaded and hung from a pole in a public place.

Death Row Inmates Get to Choose Their Last Meal

Allowing a prisoner to order and enjoy the last meal is a customary ritual that many know about. But many of these requests are either strange or excessive. Allen Lee Davis, convicted of murder, ordered one lobster tail, fried potatoes, a half-pound of fried shrimp, 6 ounces of fried clams, half a loaf of garlic bread and 32 ounces of A&W root beer.

Ouch! Some Intense and Barbaric Methods of Execution Were Once Used

Lethal injection is a humane form of the death penalty in comparison to those used in the past. During the Middle Ages, people would be strung upside down between two trees and then virtually sawed in half, starting between the legs.

Because they were upside down, blood would continue to flow to their brain, keeping them alive for hours after the beginning of the execution. Boiling was also a common method, with people being hung above large cauldrons of boiling the liquid. Most of the time it was water but sometimes tar or oil was used, which essentially fried the person to death.

Women Avoided the Death Penalty for Over 100 Years in Texas

While not as common, a woman being on death row is not unheard of. Karla Faye Tucker was executed in 1998, the first woman since 1984 in the United States and the first woman in Texas since 1863. She was convicted of murder but because of her gender and well-known Christianity, her execution inspired a large national movement.

Unfortunately, death penalty facts reveal that executions can go wrong. In fact, just over 7% of lethal injections over the course of 100 years did not go according to plan. Out of nearly 9000 total executions, nearly 300 were botched. For example, in 1983 John Evans was sentenced to death by electrocution. After the first jolt, sparks and flames were seen coming from the electrode attached to Evans’ leg.

It actually broke apart and caught fire. When a heartbeat was still found, the electrode was reattached and another jolt of electricity was applied, resulting in more smoke and the odor of burning flesh. A heartbeat was still found. Evans’ lawyer pleaded for the execution to be stopped but a third jolt was applied. The execution took a total of 14 minutes and left Evans’ body completely charred.

A Convicted Person’s Innocence Has Been Proven After Executions

With the advancement of technology, it’s become easier to prove both innocence and guilt in crimes. Unfortunately for some, their innocence was proven only after the execution had taken place. For example, Larry Griffin was convicted of the 1980 murder of Quintin Moss. The conviction was largely based on the testimony of one man who was at the scene at the time of the murder.

Griffin’s attorney did not challenge the testimony, even though all evidence was circumstantial. Griffin was executed by lethal injection in 1995 and maintained his innocence right up until the last moment. In 2005, the University of Michigan Law School reopened the case and concluded that Griffin was in fact innocent.

Have a Weak Stomach? Up Until 1936, Executions Were Public

At one time in history, death penalty facts tell us that public executions were common public affairs. Reporters and photographers would cover the events and in some cases, thousands would come to witness them. The last public execution held in the United States was in 1936 when Rainey Bethea with hanged for his conviction of rape and murder.

The carnival-like atmosphere that surrounded the event led to the outlaw of public executions. In 2001, Timothy McVeigh was executed by lethal injection while family members of the deceased watched on closed-circuit television, making it the closest thing to public execution in the recent past. 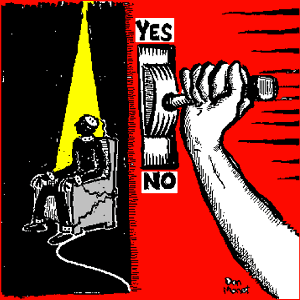 Death penalty facts open up the discussion about what power humans have over one another. Do we have the right to punish by taking someone’s life? Is the death penalty fair? Learn all about the history of this practice, including past and current methods, and how much our views have changed throughout the years’ thanks to extensive studies surrounding the death penalty.