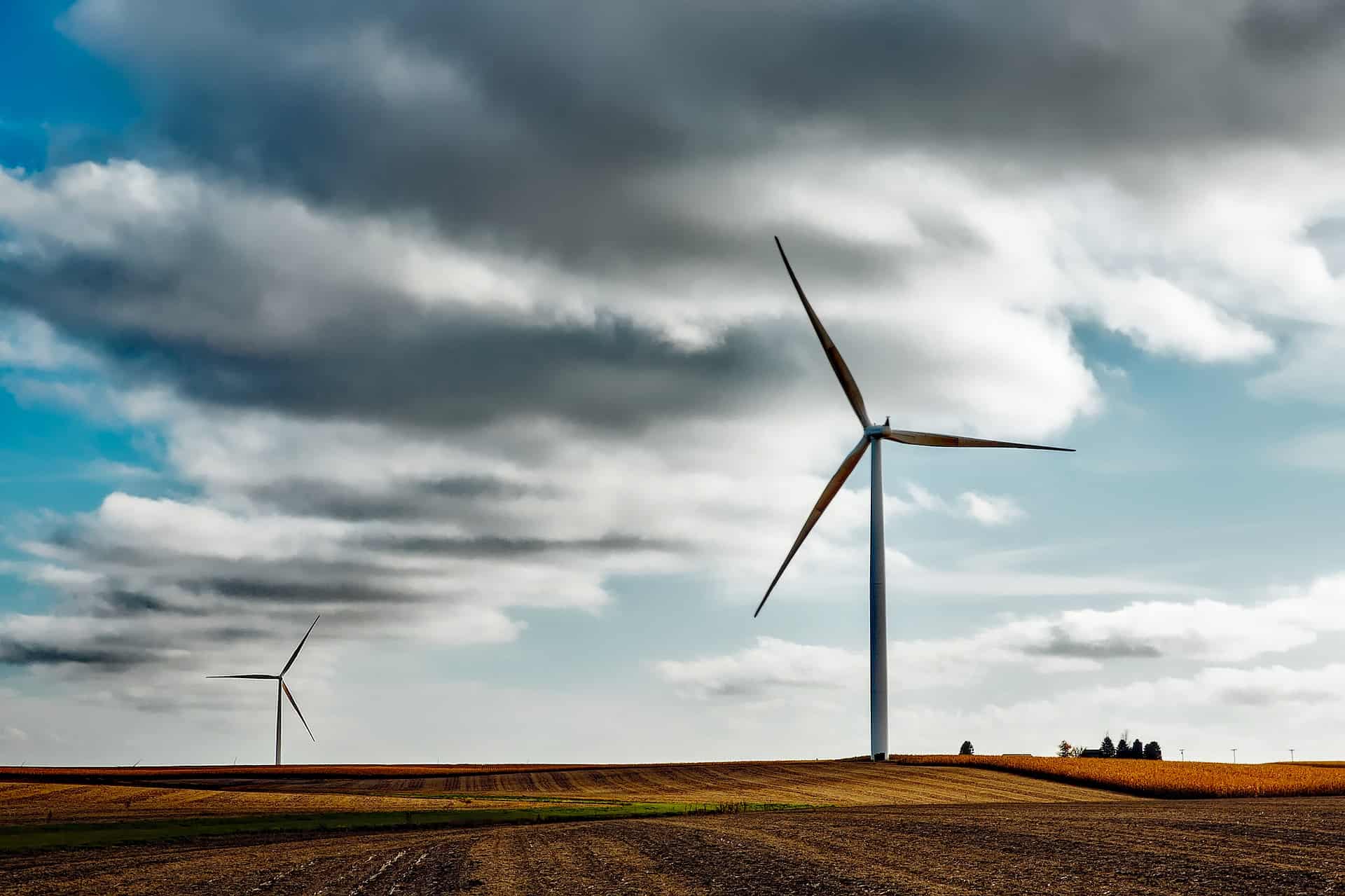 Wind Energy is Made by Solar Power

While it may seem like a lot of hot air, one of the most surprising wind energy facts is that all wind energy is ultimately created by the sun. Here’s how it works: the sun heats parts of the Earth at different times and from different angles. Land and water heat up and cool down at different rates.

All these changes in temperature caused by the sun, combined with the chemicals in the atmosphere, create weather – and where there’s weather, there’s wind. The next time you see a windmill spinning, just think: that’s solar power!

Looking back at the earliest uses of wind energy, sailboats were one of the first inventions to use wind power to human advantage. While boats had existed for many thousands of years, the first sailboats began to emerge around 5000 or 5500 BCE.

These first sailboats used simple square sails to harness the power of the wind. The boats were used in Mesopotamia near modern day Kuwait. Fun wind energy facts for kids from history show that it was the Vikings who first perfected the art of designing sailboats. Using a sailboat around the year 1000, Leif Erikson traveled to North America, nearly 500 years before Christopher Columbus did the same. Even the colonists coming to America from England used sailboats. Before 1900, wind energy powered the world’s global travel!

Wind Turbines Don’t Actually Have a Turbine in Them

When we look closely at the construction of a wind turbine, we find that it doesn’t actually contain a turbine! A turbine is something that extracts energy from a fluid flow. For instance, a turbine that has water flowing through it and converts it to electricity is a water turbine or hydroelectric generator.

Considering the wind, or air, moving around the wind turbine acts like the fluid in a typical water, gas, or steam turbine, it’s only a slight difference in definition, but one that will have you well prepared for the next episode of your favorite quiz show!

Wind Energy was used on American Farms in 1940s

With global warming, green energy is becoming a big thing these days. Wind energy is one of the solutions people look to as a technology of the future. The funny thing is, when we look at wind energy facts from the past, we find that farms all across the United States once had windmills generating electricity.

In the 1930s and 1940s, wind turbines on rural farms were common practice before the electrical grid in the United States was expanded. They were primarily used to charge batteries for farm equipment and power some lighting on the farm and in the farmhouse. Like many new green practices, using wind energy is plain old common sense.

Wind farms are collections of wind turbines that generate electricity. The more turbines you have, the more electricity you can generate. The best wind farms serve two purposes: to feed people and to power the electrical lights, machines, and devices that run their lives. Because wind turbines are shaped like large fans on top of columns, typically made of metal, they actually occupy very little space on the ground.

Wind energy facts show that the small footprint of wind turbines is part of what makes wind energy an efficient source of renewable energy – the land can still be used for other purposes. Unlike an offshore wind farm, when a wind farm is set up on land suitable for agricultural purposes, the land can still be farmed. It’s a double bonus to harvest electricity and food from the same area of land!

Wind turbines have a lot of advantages compared to other sources of energy. Wind energy is a more renewable and environmentally friendly form of generating electricity compared to other methods such as burning coal.

However, wind energy does have its disadvantages when it comes to the environment. Recently, studies have shown that wind turbines can disturb the echo locating abilities of bats, causing the bats to fly into the wind turbines. The sad result is that wind turbines kill an estimated 600,000 bats each year. The actual numbers could be much higher, and environmental advocates are now advocating against the installation of wind turbines in areas where there is a large bat population.

Wind Turbines Are Only 59% Efficient at Best

Wind turbines seem to work like magic: they take energy from the wind and convert it into mechanical or electrical energy to do work for people. It’s like taking energy out of thin air. However, that energy comes at a price. German physicist Albert Betz established some important wind energy facts and proved in 1919 that the most efficient wind turbine could only be 59% efficient at best.

Based on complex equations surrounding the conservation of mass and momentum, Betz’s Law shows that wind energy has its limitations. The best commercial, or utility-scale wind turbines available today are approximately 45% efficient. There’s room for improvement, though not by much.

When you’re ready to take the leap and take that new wind turbine you’ve been eyeing at the dealership out for a spin, get ready for some sticker shock. According to wind energy facts the cost of a 10 kW wind turbine, or a wind turbine big enough to power the average home, is a cool $50,000!

Before you walk away, check the fine print – that $50,000 includes shipping and installation. Still not sold? Most people aren’t. The high upfront cost of installing a wind turbine is why wind energy has not been used much on smaller scales, such as residential or small-scale commercial installations. By comparison, a solar installation to power an entire home costs approximately $30,000. For this reason, home owners who are choosing to go green and disconnect from the grid typically choose solar over wind energy.

As wind turbine technology advanced, the giant machines harnessing the wind’s energy got bigger and bigger. In 1941, the first megawatt wind turbine was installed in Castleton, Vermont on the bizarrely named mountain, Grandpa’s Knob.

The total output of the generator was 1.25 megawatts. The turbine ran for the equivalent of 45 days before one of the blades failed. The blade was not sufficiently reinforced because the steel in the United States was being diverted towards wartime efforts during World War 2. This early experiment with giant-sized wind turbines was a failure, and it wasn’t until many years later that anyone attempted anything on this scale again.

After oil prices skyrocketed in the early 1970s, the United States Department of Energy teamed up with NASA to develop large-scale wind turbine technology. In 1975, the first prototype was built in Ohio and featured a 2-blade design.

The 2-blade design was preferred by the NASA engineers who were apparently bored with space missions, so decided to find another project. Jokes aside, the research into wind turbines by NASA paved the way for the giant wind turbines that are used in wind farms around the world today.

While NASA’s main aim was space, their work on wind turbine technology here at home was just as stellar. NASA established many important wind energy facts that advanced the entire industry.

Perhaps in deference to the significance of Grandpa’s Knob in the history of wind energy, wind energy facts show that NASA installed an experimental wind turbine in North Carolina on the oddly named Howard’s Knob.

It was 37 years since the 1 megawatt generator had been installed on Grandpa’s Knob, and the new generator built by NASA was part of an experimental project. The prototype generator was built by General Electric and was named MOD-1. It was capable of generating 2 megawatts, and the local people living in the area did not love the giant wind turbine as much as the engineers who built it.

Lampooned by a local group of students called the Wooshies, the sounds created from the wind turbine and the unfounded claims that it disrupted TV signals resulted in the turbine being taken down in 1983.

The latest trend in wind farms is offshoring. No, this isn’t about sending wind turbine manufacturing jobs to other countries; this is about installing large wind farms in the ocean. NASA’s research in the 1970s proved that larger wind turbines are needed to make efficient use of the technology and to justify the cost of production, installation, and the distribution of electricity.

However, the noise and complaints from local people, such as those during the installation of the experimental turbine at Howard’s Knob, has led engineers to find new locations that are still within reach of transmission lines for the electricity. Wind farms in the ocean are a perfect way to harness the wind’s energy without bothering people, and, hopefully, wildlife.

The wind farm installations continue to get bigger and further away from land. The latest planned installation in the UK is 80 miles offshore and includes a total of 400 turbines in two separate wind farms that total 2.4 gigawatts of generating capacity. That’s enough electricity to supply 2.5% of the UK’s power! 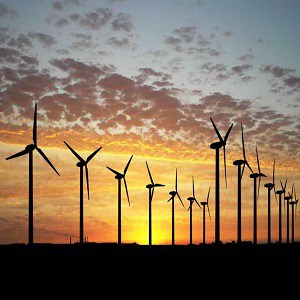 The history of wind energy shows that humans have been using the power of the wind for nearly 7,000 years. Fun wind energy facts for kids show that early explorers traveled the globe using sailboats powered by wind energy, as early as the Mesopotamians in 5500 BCE.

After sailboats, windmills were used for mechanical energy to pump water and grind grain. In the 19th century, spinning wind turbines were invented that used the power of wind to create electrical energy.

In the 20th century, NASA helped improved wind turbine technology, and discovered that bigger is better. Large-scale wind farms are now capable of generating enough electricity to power thousands of homes. Despite the many benefits it offers, wind energy still costs more than solar for a residential installation of equal generating power, and wind turbines are at most 59% efficient.