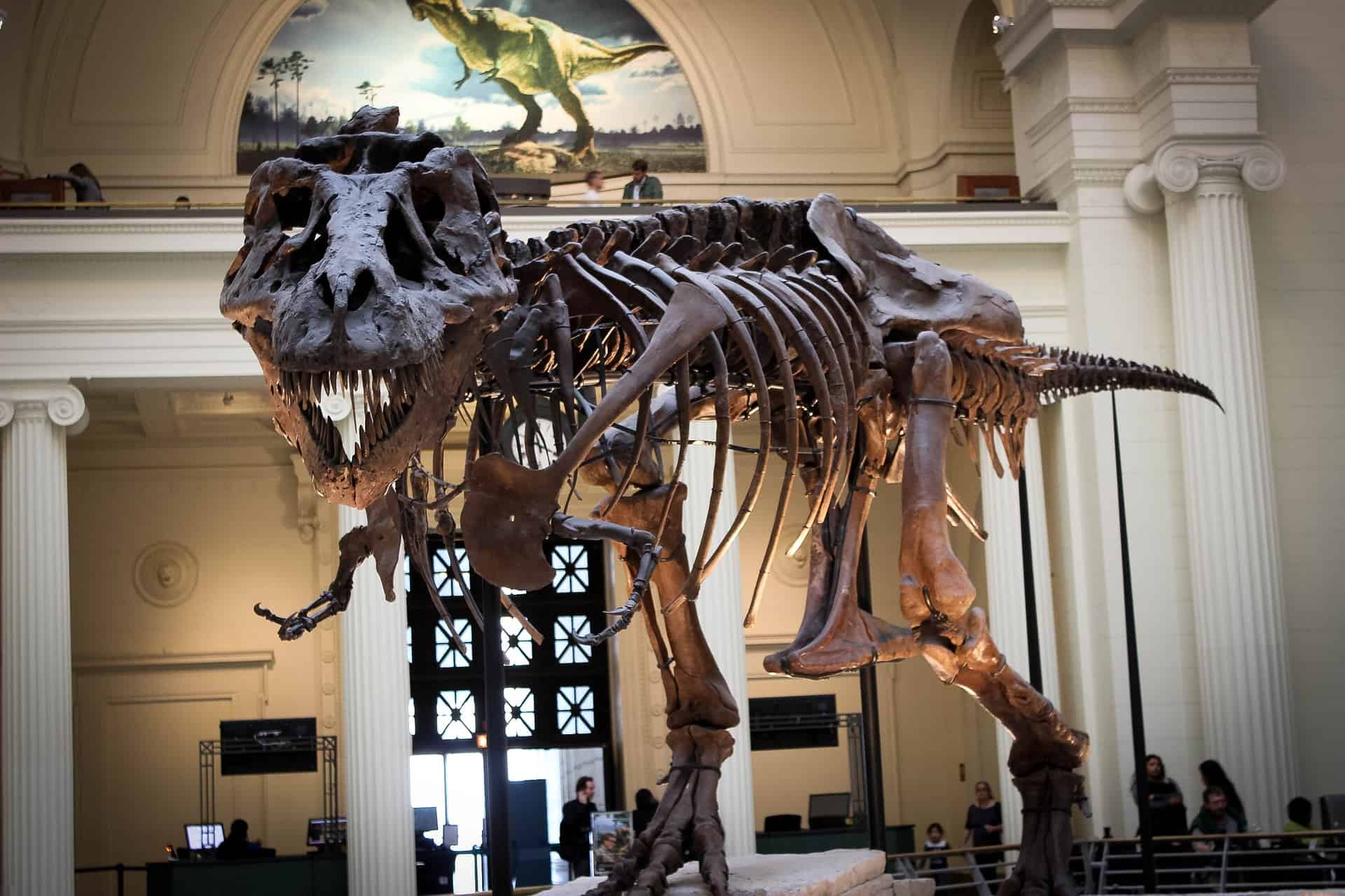 Fossilization is nature’s way of keeping its own time capsules. These fossil facts will show how this peculiar process teaches us about the world before us – and how we got to the now.

Quick Facts
Essential Facts
Interesting Details
Table of Contents
01 The first fossils ever recorded were of marine mollusks.
02 The Pokemon game franchise has 26 fossil Pokemon, including evolutions.
03 The Bone Wars was the Gold Rush of fossils.
04 Finders keepers? You could go to jail for finding and keeping a fossil.
05 The most well-preserved fossil looks like a statue.
06 The oldest fossils are 3.5 billion years-old.
07 Megalodon teeth are one of the most commonly-distributed fossils.
08 China is the world’s biggest consumer of fossil fuels.
09 Lucy is the most famous fossil.
10 The Carboniferous era took creepy crawlies to another level.

The first fossils ever recorded were of marine mollusks.

The first fossils were recorded in writing as early as 570 B.C., although paleontology has not been established yet as a discipline at this point. Ancient Greek scholars Xenophanes, Herodotus, Eratosthenes, and Strabo wrote about fossils of marine organisms. From these fossils, they surmised that land was once underwater.

The Megalosaurus is known as the first dinosaur ever described scientifically. In 1819, British fossil hunter William Buckland found a large fossil in Stonesfield, Oxfordshire, England. He eventually officially named it a megalosaurus in 1824.

The Pokemon game franchise has 26 fossil Pokemon, including evolutions.

Fossil Pokemon are a thing, and there’s 26 of them. Most of these Pokemon are recovered from obtainable “fossil” items at specific points of the storyline. These items are then taken to a lab of sorts where they can be revived and spawned into Pokemon.

One of the more interesting fossil facts: each one of these Pokemon is based on real-life fossils. Generation I’s Omanyte and Kabutops are based on the ancient ammonite and trilobite.

The Bone Wars was the Gold Rush of fossils.

In a historic event also known as the Great Dinosaur Rush, the Bone Wars was a 15-year period of intensely competitive fossil hunting. A rivalry between renowned paleontologists Edward Drinker Cope and Othniel Charles Marsh formed from 1877 up till 1892. Each of the two paleontologists used petty methods to outdo the other including bribery, theft, and tampering of bones.

Now, who won the Bone Wars, you might ask? With Marsh finding 80 new dinosaur species and Cope at 56, the title for most fossils found was bagged by Marsh. Overall, the Bone Wars led to 136 new species of dinosaurs discovered, including the most popular ones we know now.

Finders keepers? You could go to jail for finding and keeping a fossil.

Since fossils are extremely rare and oft expensive, it is a strictly regulated resource. For example, the Mongolian government considers all fossils found in Mongolia as government property. As such, you can’t keep them for yourself or trade them elsewhere. Once the government discovers you’re trying to sell stolen Mongolian fossils, they will file lawsuits to make you return them. This usually only applies to fossils of extreme value, such as when American fossil smuggler Eric Prokopi had to return a Tyrannosaurus Baatar skeleton from Mongolia.

For the U.S., it depends on the ownership of the land where the fossil was found. If you found it in your backyard, then it’s yours. However, it is still encouraged that you register it with the authorities for research purposes. On the other hand, fossils found on someone else’s land belong to whoever owns it. Some heritage sites such as conservation parks and indigenous land do not allow fossil hunting.

The Borealopelta of the ankylosaurus family was the most “complete” specimen ever recovered – with its skin, tissues, and even its last meal still intact. The specimen was found by Shawn Funk in 2011 at an Alberta mine. The recovery process took an entire construction team two weeks. The cleaning and assembly of the extremely delicate fossil took Mark Mitchell 7,000 hours for 5-and-a-half years.

The Borealopelta was 20 ft long, weighted 1.5 tons, and had 20-inch spikes for each shoulder junction.

The oldest fossils are 3.5 billion years-old.

Stromatolites are the oldest fossils recorded out of any life form on Earth. These cauliflower-shaped, rock-like structures are formed by cyanobacteria activity and sprouted on Earth as early as 3.5 billion years ago.

Megalodon teeth are one of the most commonly-distributed fossils.

Sharks lose teeth regularly as they grow, including the Megalodon. As a result, fossilized Megalodon teeth are common fossil finds in many areas of the world. However – despite how common Megalodon teeth may be – large or exceptionally well-preserved specimens can be of very high value to collectors. For instance, 7” Megalodon teeth are so rare, that the last one sold for almost US$50k, while smaller or damaged teeth can range from US$15 to US$50.

China is the world’s biggest consumer of fossil fuels.

Coal is the solidified remains of prehistoric vegetation. Much like how diamonds are formed, coal was formed from ancient plants under intense heat and pressure. Fossil fuels harm the environment due to the amount of carbon dioxide (CO2) emitted when fossil fuels are processed and burned. However, CO2 isn’t the only gas released into the environment. Other harmful gases such as nitrogen and sulfur oxides are all greenhouse gases that damage the ozone layer and impact climate change.

Lucy is the most famous fossil.

Lucy is a 3.2 million-year-old Australopithecus afarensis named after the Beatles’ “Lucy in the Sky with Diamonds.” It is the world’s most famous fossil. Discovered by Donald Johanson and Tom Gray in the Afar region of Ethiopia in 1974. It is one of the most complete skeletons of an erect-walking human ancestor ever recovered, with 40% of the structure intact. Her discovery allowed scientists to conclude that upright walking developed before the big brains of modern humans. Lucy’s brain is about the size of a chimp’s.

The Carboniferous era took creepy crawlies to another level.

Among the Carboniferous fossils unearthed in Joggins, Nova Scotia is a not-so-typical millipede. The arthropleura grew up to a whopping 7.5 feet (2.3 metres) long. How’s that for fossil facts?