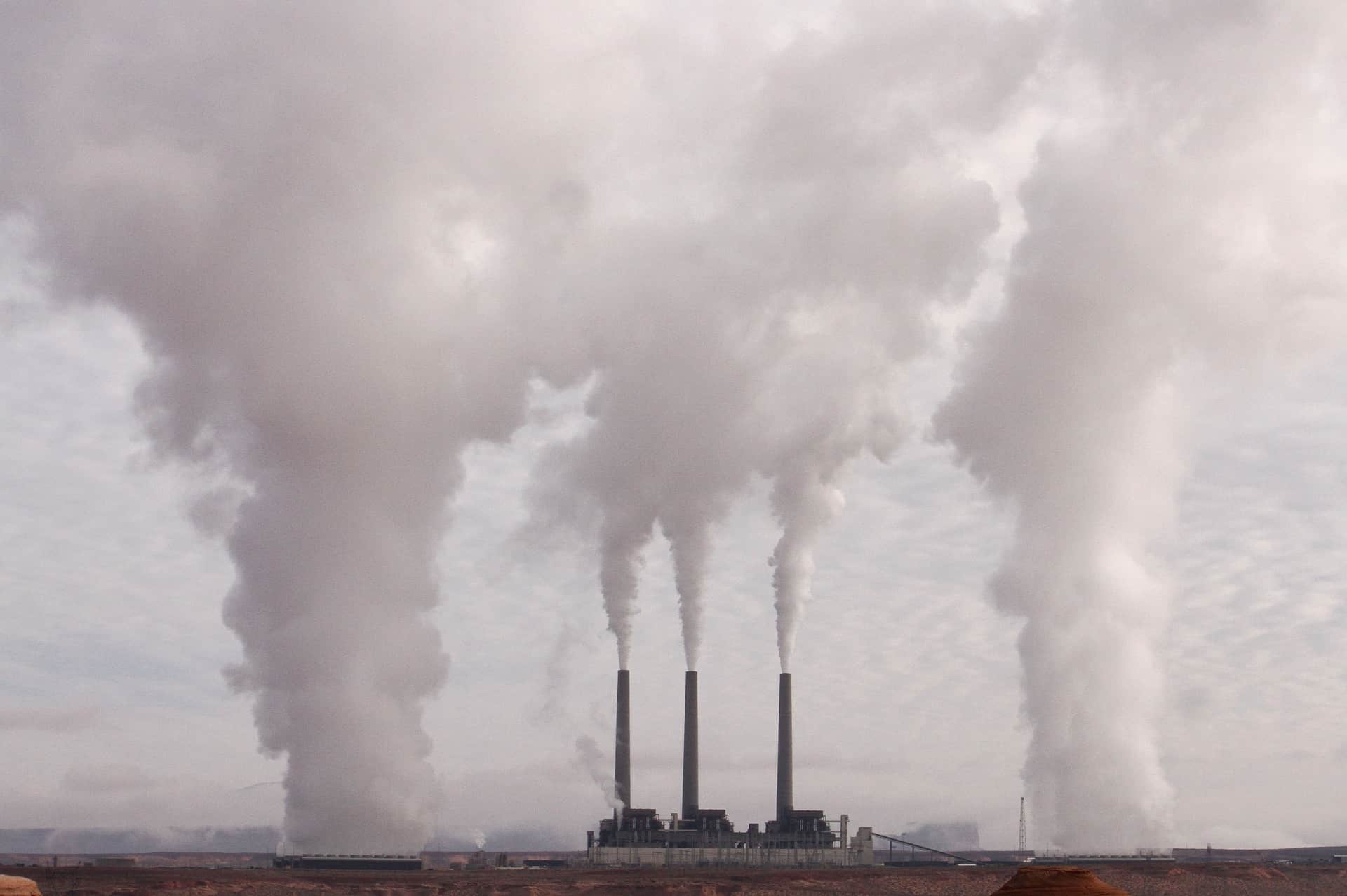 Air Pollution is Putting Poison in the Air 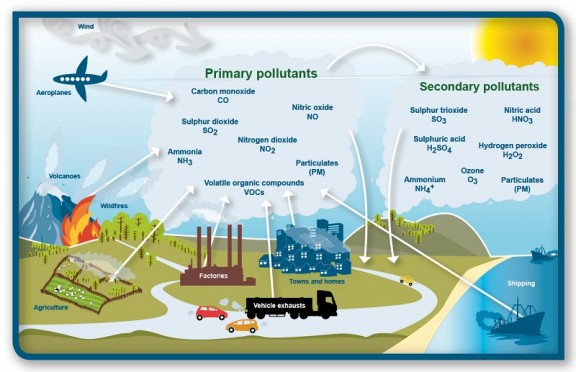 Air pollution facts teach us that contaminating the air with any substance that is harmful is considered air pollution. The plain and simple truth is that air pollution is putting poison in the air.

These substances are considered harmful because of the impact they have on natural life, including human life! Cancer, lung damage, and premature death are a few of the awful effects that air pollution has on human life. Sadly, it’s our own production, transportation, and leisure activities that result in the air pollution that poisons our air.

Air Pollution Can Occur Inside, Too 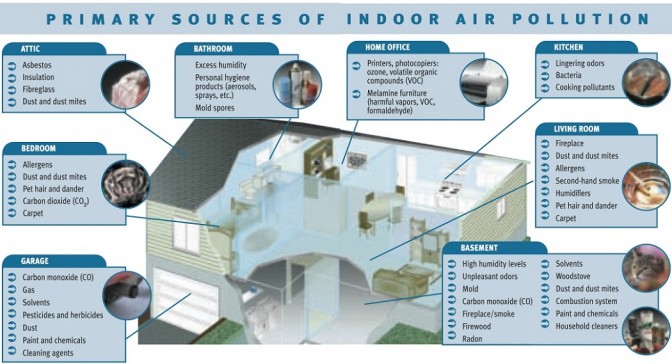 It’s not only the cat and dog hair of pet owners; there are more serious forms of indoor air pollution that are just as harmful as the clouds of smog we typically associate with air pollution when we look outside. It might come as a surprise to learn that some of the most harmful poisons in our air could be right at home.

Wood Stoves Cause Air Pollution in More Ways than One

As resources grow scarce, the wood gathered for cook stoves is often taken from young and growing trees instead of old growth trees or dead limbs. As a result, trees that might reduce air pollution are cut down. The result is that as the cook stoves generate air pollution, there are fewer trees to help absorb that air pollution. Air pollution facts reveal a domino effect that is created which leads to more and more air pollution, inside and outside the home, in developing countries.

Burning Fossil Fuels is a Major Cause of Air Pollution 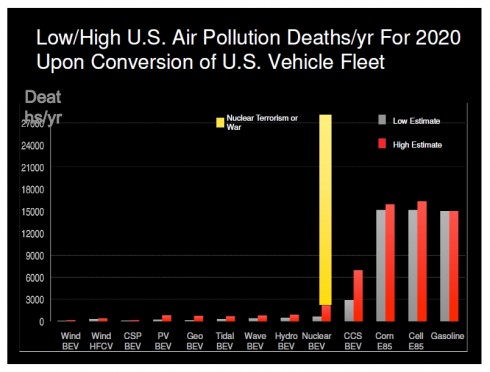 When we purchase goods that are transported and manufactured by burning fossil fuels, we are causing indirect air pollution. Adding these together, we find that fossil fuels contribute to air pollution in many ways than are obvious, and in some ways that we might not be aware of.

When people speak about the benefits of electric cars, air pollution facts show there is little benefit compared to burning gasoline when burning coal at a power plant is what generates the electricity used to charge the car. The next time your neighbour tells you that they are reducing air pollution by driving a shiny new electric car, ask them: where does the electricity for your car come from? 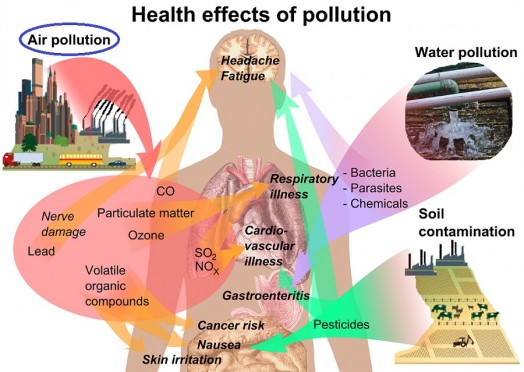 Looking at the threats to human health across the world, air pollution facts reveal the surprising truth that air pollution is the biggest environmental health risk to people. When we consider the impact of outdoor and indoor air pollution, recent studies show there is a greater link between air pollution and disease than previously thought, resulting in 7 million premature deaths each year.

Examining global air pollution facts more closely, we find that the South-East Asia and Western Pacific Regions of the world have the largest numbers of deaths related to indoor air pollution. Combined, the deaths in these regions total 5.9 million, the vast majority of premature deaths from air pollution worldwide.

Looking at ways to reduce air pollution, one of the surprising solutions for air pollution is to recycle more. Recycling is typically thought of as a good way to reduce waste. When we recycle properly, we also reduce the amount of resources that are needed to produce new goods. These resources include the fossil fuels that are burned in the manufacturing and transportation processes of new goods.

Wash Your Clothes in Cold Water to Keep the Air Clean

Some of the best ways to reduce air pollution involve conserving energy. The sources of energy that we use most often in our homes are electricity and natural gas. Electricity is often generated at coal burning power plants. While natural gas is a cleaner burning fossil fuel compared to gasoline, there are still fossil fuels that are burned in the process of mining the natural gas.

When we take small steps to conserve energy, less energy is needed, and fewer fossil fuels are burned to produce the energy. Ultimately, this means fewer toxins from burning fossil fuels in our air – less air pollution. Every little bit counts; simple steps such as washing your clothes with cold water, lowering the temperature on your water heater, and lowering your thermostat, can help conserve energy and reduce air pollution. It’s a win-win. 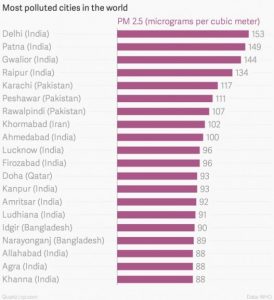 In New Delhi, India the air pollution is so bad, that foreign embassies are installing air filtration systems on their buildings to protect the health of their staff. The practice has now spread to elite members of Indian society who purchase expensive filtration systems for their homes in Delhi.

Some of the most toxic chemicals in the air in New Delhi are very small, less than 2.5 micrometers in diameter, and are able to penetrate deep into the lungs. In Beijing, China, levels of 95 micrograms per cubic meter for these fine particles were reported in the winter. During the same time period, levels in New Delhi were 226 micrograms per cubic meter, making it more than twice as polluted as Beijing!

“The Smog Covers the City Like a Tablecloth” in LA

“The smog covers the city like a table cloth” is a line from a song about Los Angeles by the hip-hop group Jurassic Five. Anyone who has flown into Los Angeles, California has seen the layer of smog that looks very much like a tablecloth draped over the city.

Los Angeles continues to rank as the city with the worst air pollution in the United States. While the air pollution is caused by human activities including burning fossil fuels, the natural barrier of the mountains and the ocean contain the air pollution and create the tablecloth of smog over the city. 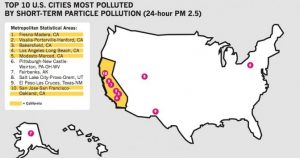 The number of cases of childhood asthma have been shown to increase with greater air pollution. Many of the effects of air pollution on developing lungs cannot be reversed. When we talk about cleaning up air pollution, it really helps our children live healthier lives, now and in the future.

Nature Can Cause Air Pollution Too

We typically think of man-made air pollution, however nature also creates air pollution! When volcanoes erupt, they release sulphur dioxide into the air. The toxic chemicals and gasses released by volcanoes give us a picture of the early atmosphere of the Earth.

Life as we know it couldn’t exist on the early Earth with its atmosphere of toxic sulphur and other gasses. The plants which absorbed these chemicals and made life possible on Earth continue to play an important part in cleaning the air pollution we create now.

New York City has a bad reputation for having a lot of air pollution. Perhaps it’s not fair, considering some other cities are worse! It’s true that the New York City and Newark, New Jersey area is number 12 on the latest list of the cities with the worst air pollution.

However, some cities such as Las Vegas, Phoenix, Houston, and even Washington, D.C. and Baltimore, have worse air pollution than New York City. So New Yorkers, you can breathe easy, or at least breathe a little easier knowing New York is not the worse city in the US for air pollution.

Air Pollution Can Rain Down and Become Water Pollution

All aspects of the environment are connected and this is especially true for the water cycle. As moisture evaporates, cloud form and air pollution is intermingled in the process; air pollution can rain down and create water pollution or simply pollute the land.

Pollutants in the air are typically very fine particles. When they rain down, the toxic chemicals persist in our water supply. To put it another way, when we release toxic chemicals into the air, we’re really putting our health up in smoke. 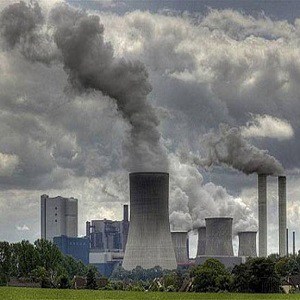 Air pollution facts teach us about the mostly man-made causes of air pollution. While related to global warming, air pollution is any sort of poisonous chemical in the air. Some cities in the United States and around the world have air so toxic that children are advised to not play outside.

We can take small steps to reduce air pollution by conserving energy. We can take bigger steps by looking to alternative sources of energy that don’t require burning fossil fuels. Many manufacturing processes also cause air pollution, so it’s also good to reduce, reuse, and recycle to keep the air clean.