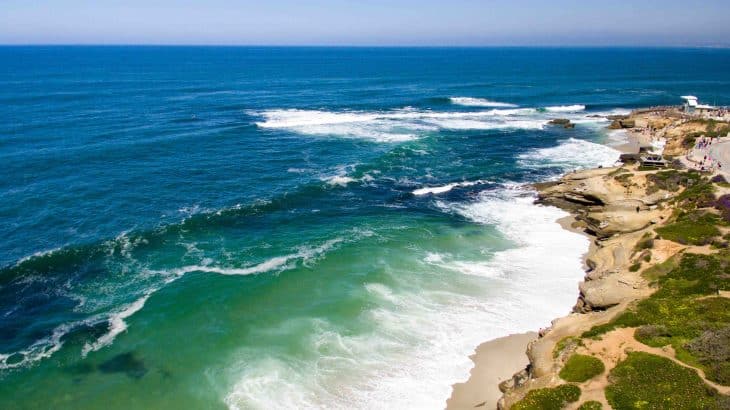 The largest and deepest body of water on Earth, the Pacific Ocean completes the list of the world’s waters. Along with the four other oceans and seven seas, it covers up to 71% of the Earth’s surface. Despite its name, the big blue ocean is full of harsh conditions. It often overflows with activity, such as birthing hurricanes, and cools our planet to habitable temperatures.

Indeed, this vast ocean basin is essential to the ecosystem of our planet. It serves as an important foundation for both marine life and land-dwellers, as well as economic pathways for governments. The Pacific Ocean borders 55 countries from different continents ranging from China, the United States, Australia, Japan, Philippines, Mexico and the Oceania region. Now, let’s dive into the vast pool of Pacific Ocean facts and learn more about our planet’s largest oceanic division.

Ferdinand Magellan, a Portuguese explorer, named the Pacific Ocean in 1521.

During his circumnavigation of the world under the flag of Spain, Magellan sailed into a calm patch of water with favorable wind conditions and named it “Mar Pacifico,” which translates to “peaceful sea” in both Spanish and Portuguese.

The Pacific Ocean spans from the Western Coast of the United States to the coast of China.

The largest ocean basin on Earth covers an area of about 60 million sq. mi with an average depth of 13,000 ft. This amounts to 30% of our planet’s surface and holds almost twice the amount of water as the Atlantic Ocean. It borders a number of countries such as China, Russia, down to Australia, and the East Coast of the Americas.

The Pacific Ocean is home to the Great Pacific Garbage Patch.

The Great Pacific Garbage Patch is the largest collection of floating debris found on the eastern and western regions of the Pacific Ocean. One of the largest is the patch found between the coasts of Hawaii and California.

The Pacific Ocean is larger than the Earth's landmasses put together.

The largest water basin on Earth is almost 10% larger than all of the continents combined. Our planet’s land mass only equates to a total of about 58 million sq. mi.

Earth’s tallest mountain is actually located in the Pacific.

Mauna Kea is an inactive volcano in the Hawaiian region. Although the widely popular Mount Everest, which clocks in at 29,029 ft. from its base to its peak, is commonly referred to as the world’s highest landmark, it’s actually dwarfed in comparison to the Earth’s actual tallest mountain. 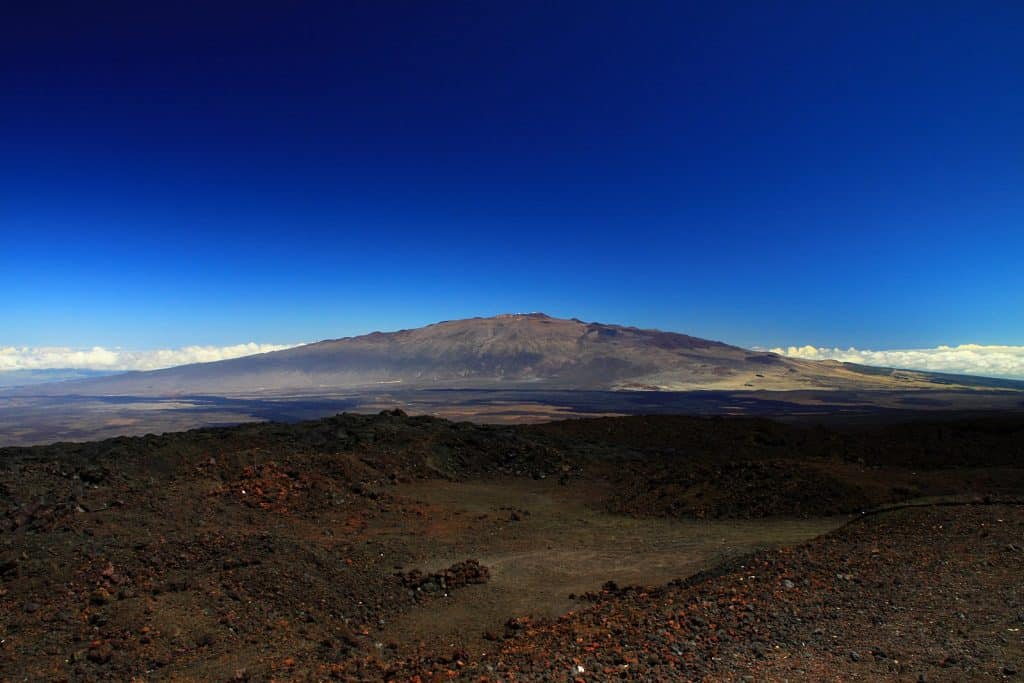 People think toilets flush in opposite directions in different hemispheres.

A common misconception of this phenomenon is that toilets in the Northern Hemisphere will flush in a clockwise motion, while it’s counter-clockwise in the Southern Hemisphere. Although the surface currents in the Pacific Ocean have a circular pattern, this is mostly cause by the winds deflected by the Coriolis effect. Water inside the toilet is too little to be affected by the such phenomenon, thus its location on the globe has nothing to do with how the water flushes, rather it depends on how the bowl is designed.

Humans only explored about 20 percent of the planet’s oceans.

Humans managed to explore only about 20 percent of the world’s oceans, with the Pacific holding the majority of its mystery. More than 80 percent of the vast bodies of water are still unexplored, unmapped, and unobserved. This is largely due to its size, plus the journey down is quite expensive and treacherous for most cases. The extreme condition in the depths greatly inhibits underwater explorations. We’ll have to wait and see how the advancement in technology would overcome this hurdle.

The world’s deepest trench, the Mariana Trench, is located in the Pacific Ocean.

The Mariana Trench is located 124 mi east of the Mariana Islands in the western region of the Pacific Ocean. Its maximum known depth measures roughly 36,000 ft., also known as the Challenger Deep. Along with the intense water pressure, pitch-black darkness and below 0°C temperature, life is nearly impossible to thrive down there.

The Challenger Deep, Earth's deepest point, got its name from the ship that first studied the region.

The deepest point known to man, the Challenger Deep, is located in the Western Pacific Ocean and named after the the British Royal Navy ship, HMS Challenger. It was among the first to study and record the depth of the depression during its 1872-1876 expedition.

Read also: 50 Facts About the Moon That You Never Knew About

The famous director of the “Titanic” reached the world’s deepest point on March 26, 2012, aboard a so-called “vertical torpedo.” Despite describing it as lunar and desolate place, he surprisingly found garbage such as plastic bags and wrappers. 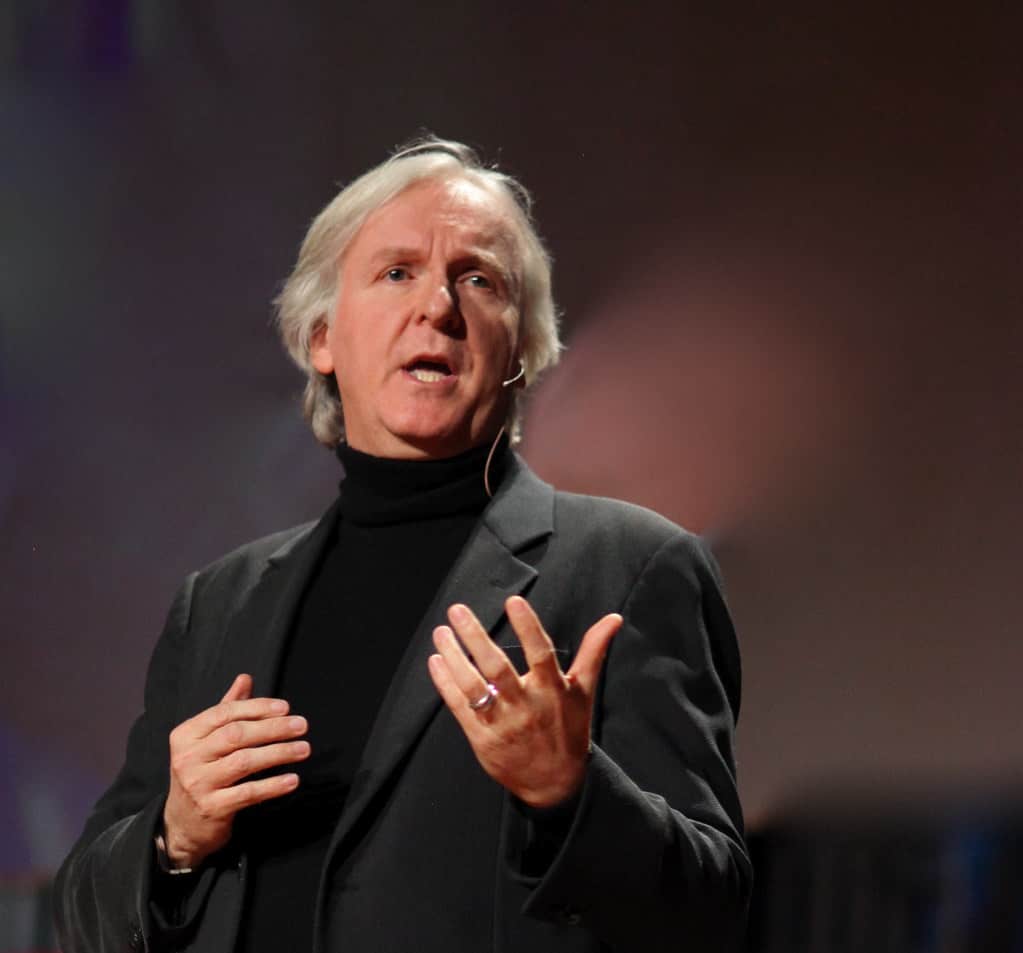 There are more artifacts in the Pacific Ocean than in most museums combined.

The Pacific Ocean houses a large number of historical artifacts and remnants of history than most museums. The vast water basin is home to numerous shipwrecks, airplanes, and even remnants from various space missions.

There is an area known as the “Spacecraft Cemetery” located in the Pacific Ocean.

Located in the southern region of the Pacific Ocean just east of New Zealand, the large area known as a spacecraft cemetery is formally called the South Pacific Ocean Uninhabited Area. Most spacecraft and man-made space debris fall into this region at the end of their life cycle after being strategically decommissioned and de-orbited.

While on their way to Howland Island in the Central Pacific Ocean, Amelia and her companion, navigator Fred Noonan, likely ran out of fuel and had no other choice but to crash, as seen on the final report. At that time, investigators declared both as legally dead as a result of drowning, their bodies never recovered.

More than half of the world’s source of oxygen comes from the ocean.

Scientific studies show that about 50-80 percent of the world’s oxygen comes from oceanic planktons. One notable organism, the Prochlorococcus, produces around 20 percent of the oxygen found in our entire biosphere. This is more than what all tropical rainforests can do even when combined. 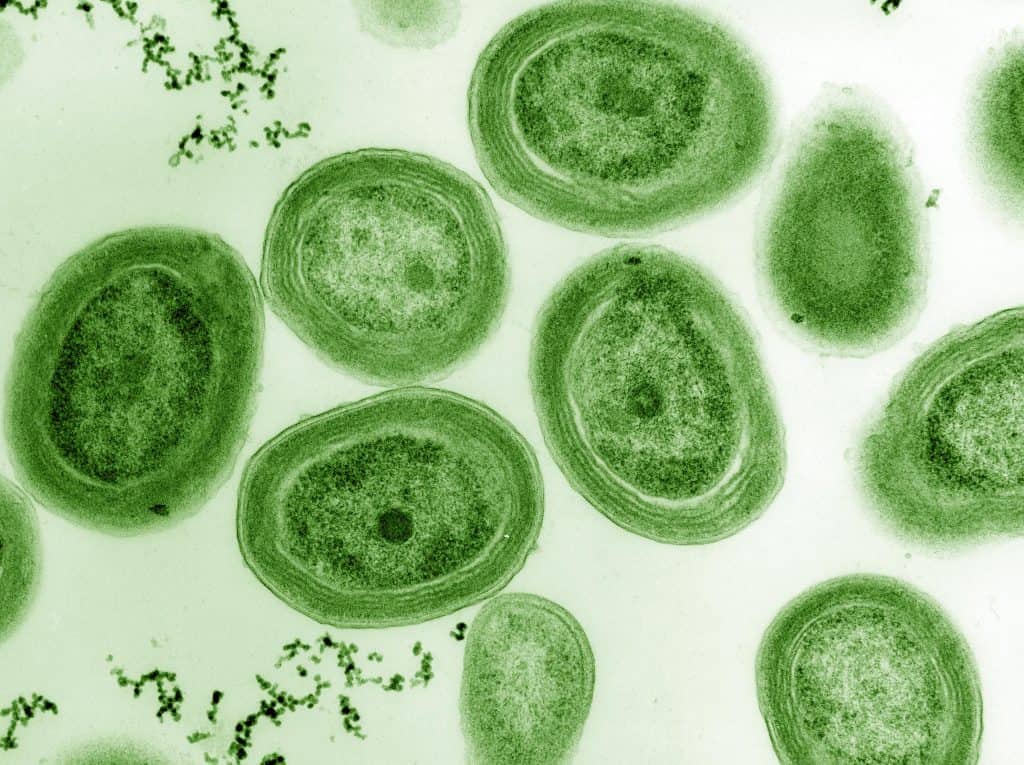 The Ring of Fire contains the most active volcanoes and lies beneath the world’s largest basin.

Most volcanoes are underwater including The Ring of Fire which lies beneath the surface of the Pacific Ocean. It forms a horseshoe-shaped belt called the Circum-Pacific Belt. It stretches up to 25,000 miles long and 310 miles wide, and contains 75 percent of the world’s active volcanoes.

The volcanic island of Krakatoa is located in the Pacific Ocean.

Located between the islands of Java and Sumatra along the Pacific Ring of Fire, Krakatoa erupted in 1833. One of the deadliest and most destructive eruptions in recorded history, it destroyed 70% of the island and surrounding archipelago. The aftermath caused a large mass of earth and rock to collapse and form a caldera. 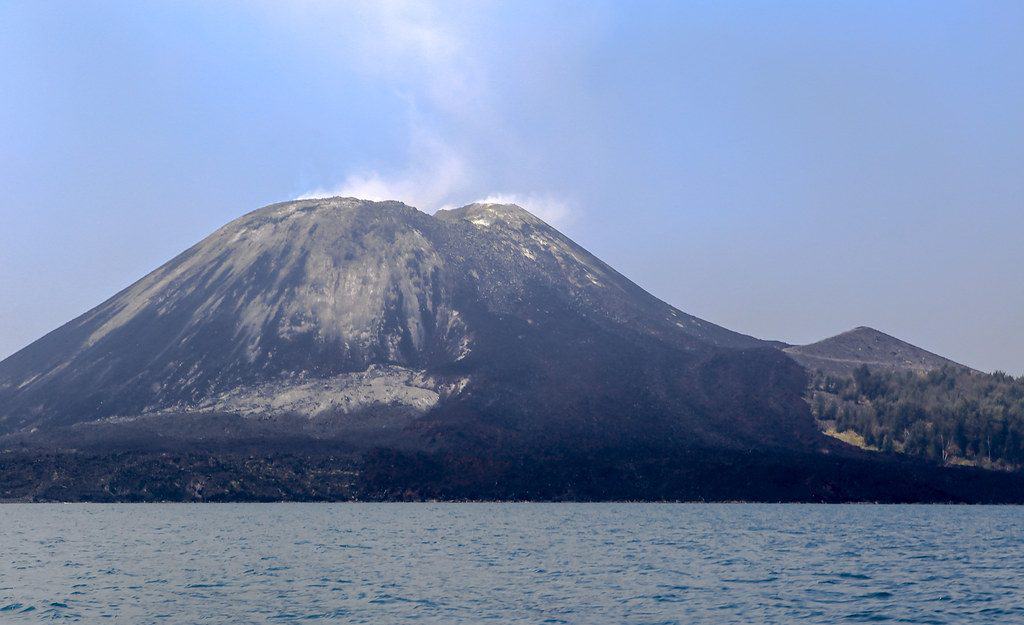 Most islands on the planet are found in the Pacific Ocean.

The Pacific Ocean is home to roughly 25,000 islands, the most in the world. The numbers dip well into 20,000, which highly depends on the tides and seismic activity.

Point Nemo is the farthest point from land.

Found in the Pacific Ocean, this very remote region on Earth is 1,670 mi away from the nearest landmass. The Jules Verne novel, “Twenty Thousand Leagues Under the Sea,” served as an inspiration for naming the region.

The Pacific Ocean is home to the “White Shark Café.”

This remote region in the mid-Pacific is actually home to great white sharks loitering during winter and spring. Contrary to initial findings, it seems to teem with wildlife to feed the hungry shark population. Researchers from Stanford University’s Hopkins Marine Station gave the region its quirky name. In their studies, a large population of great white sharks inhabits the area during the 6-month period every year.

Large underwater rivers, also known as “undersea rivers,” can be found beneath the surface of the Pacific Ocean. These rivers rival the likes of the Colorado River, known to carve out the world-famous Grand Canyon. Scientists believe such rivers carved out the Monterey Canyon off the coast of California. 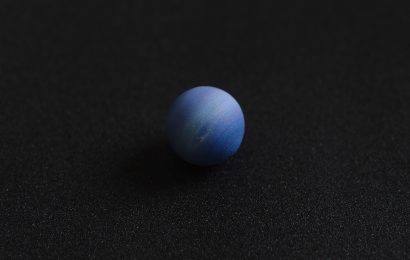 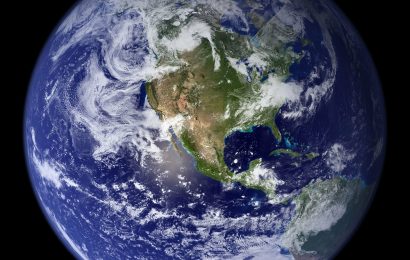 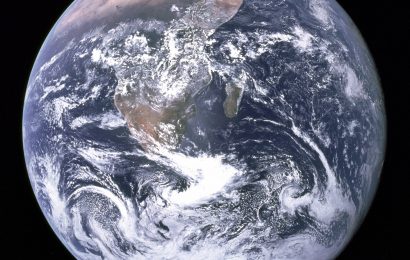 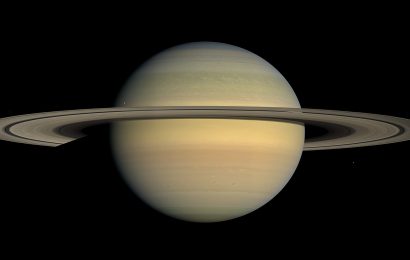 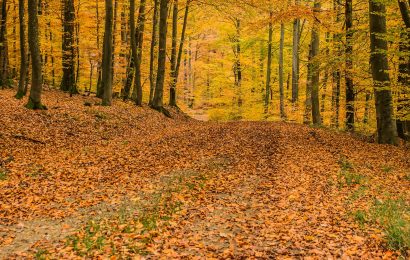 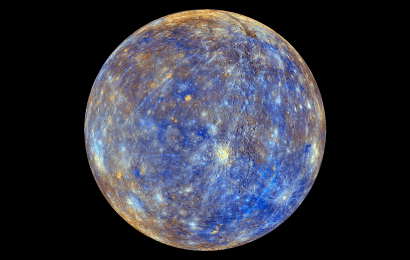 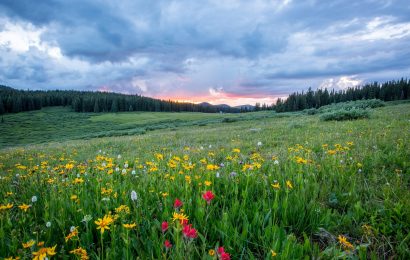 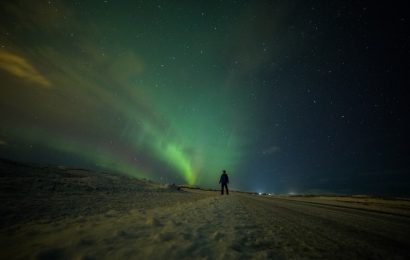 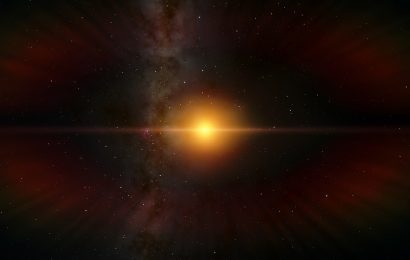 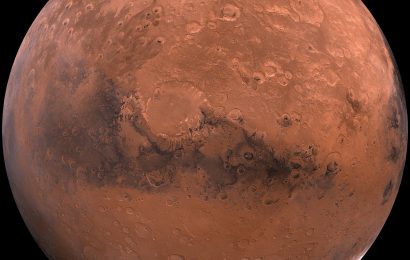