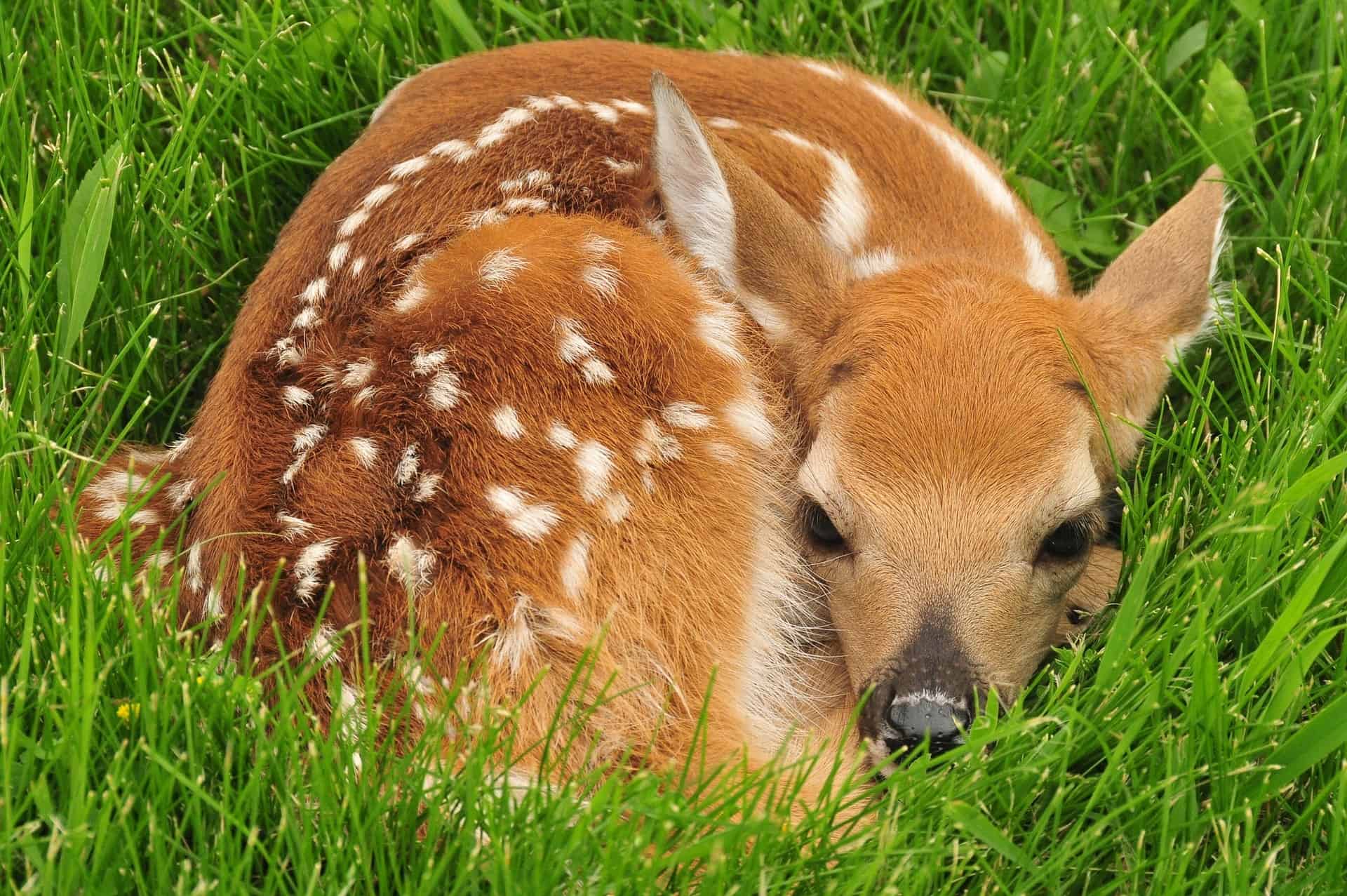 Quick Facts
Essential Facts
Interesting Facts
Table of Contents
01 Whitetail Deer Facts Infographics
02 Bambi may be the most popular whitetail deer.
03 Whitetail deer use their tails as a warning signal.
04 Baby deer lay down to hide themselves.
05 The whitetail deer has been observed eating human flesh.
06 Deer poop can tell you if a whitetail is nearby.
07 Whitetail deer have a unique digestive system.
08 Deer eyes work better at night.
09 Whitetail deer typically travel in herds of 5 to 6 individuals.
10 One in 65 female whitetail deer can grow antlers.
11 You may confuse a mule deer for a whitetail. 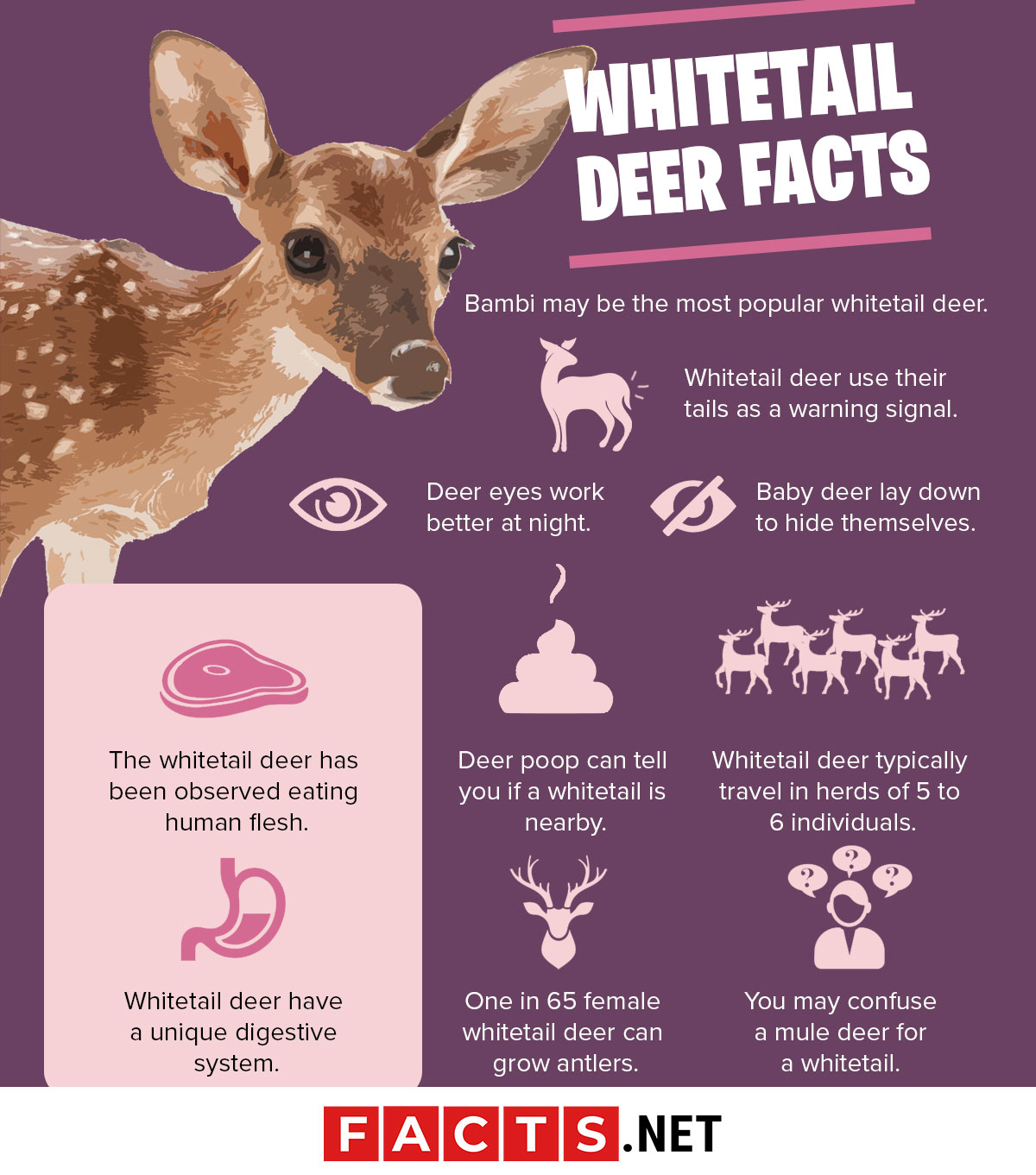