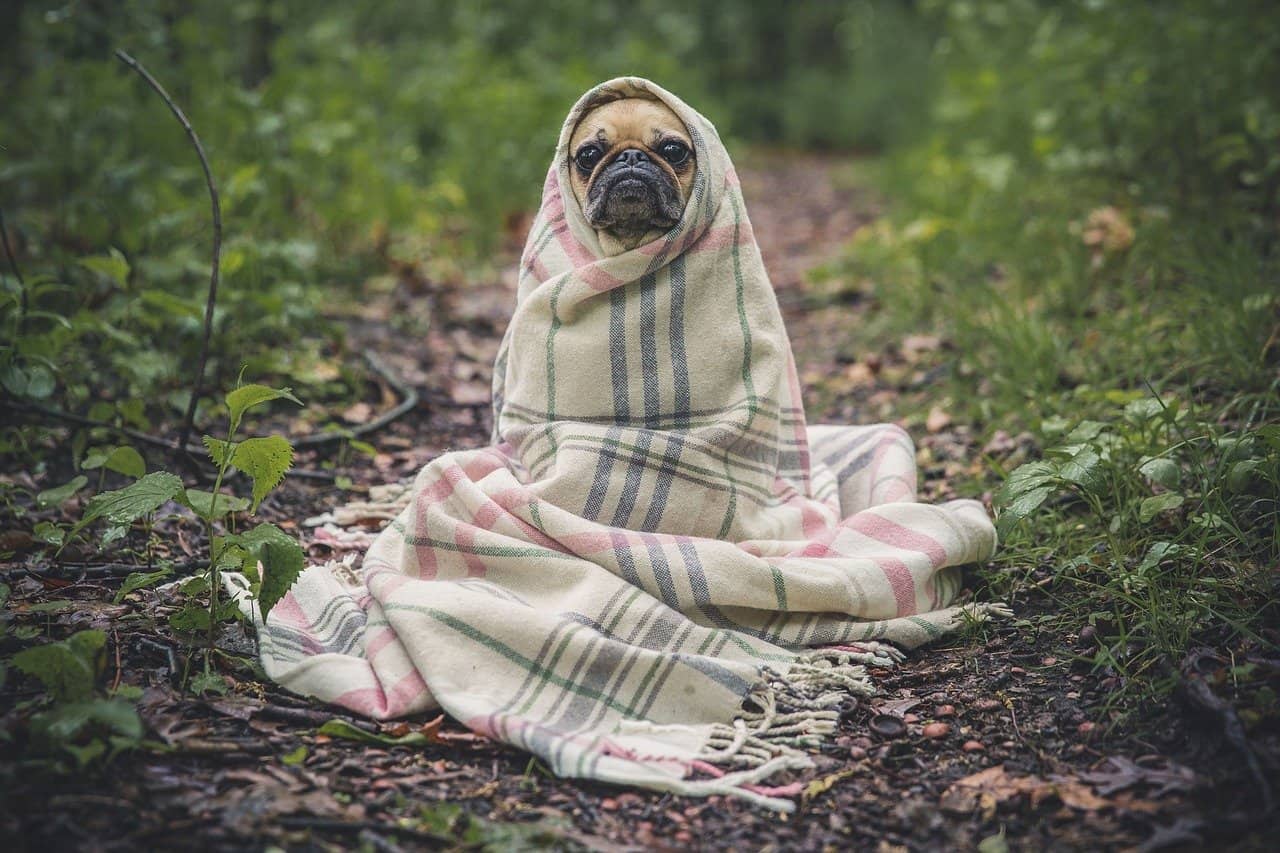 The pug is an ancient breed that traces back to over 2,000 years ago. Aside from their universally-loved squishy faces and bug eyes, there’s still a lot to learn about these animals. Find out what makes this breed special with these pug facts.

Quick Facts
Essential Facts
Interesting Facts
Table of Contents
01 The pug is one of the oldest dog breeds.
02 A pug has won the World Dog Show.
03 Pugs are known to have an underbite.
04 Chinese Emperors treated pugs like royalty.
05 Pugs are a low-maintenance breed.
06 Pugs only need moderate exercise.
07 The Husky Pug mix is a popular hybrid.
08 The husky pug mix is not easy to maintain.
09 The Corgi Pug mix is another popular hybrid.
10 The "Pugapoo" is a Pug Poodle mix.
11 Pugs weigh 14 to 18 pounds.
12 Female pugs tend to live a little longer.
13 Heart and eye ailments are the most common pug health problems.
14 Pugs can't cool the air they breathe.
15 Pug pregnancy takes around 58 up to 68 days.
16 Pugs are naturally sensitive.
17 Pugs love to sleep.
18 You need a lot of patience to train your pug.
19 Cheeka is India's favorite pug.
20 Pug sales in India rose as Cheeka went mainstream.

The pug is one of the oldest dog breeds.

The bloodline of the pug traces back to 400 B.C. China. Most of the Buddist Monks took the dogs as their pets in Tibetan Monasteries.

A pug has won the World Dog Show.

Fast forward to our current century, pugs are one of the most popular breeds with many celebrity owners. Moreover, this breed has once won the prestigious World Dog Show in 2004, which is one of the most difficult contents for dogs to win.

Pugs are known to have an underbite.

The reason for pugs’ adorably round faces is the structure of their lower teeth, which commonly protrudes further than their upper canines. This results in the distinct underbite they’re known for.

The former emperors of China kept pugs as lapdogs and gave them the leisure of royal life. Furthermore, the lucky pugs of that time even had their little palaces with personal guardians.

Pugs are a low-maintenance breed.

Pugs are regularly described in the Latin phrase, ‘multum in parvo’ which translates to ‘a great deal in a small space.’ Minimalist individuals who want to own a pet dog may opt for pugs, since they don’t require too much space and they are relatively easier to maintain.

The Husky Pug mix is a popular hybrid.

The Husky Pug is the combination of Siberian husky and pug. Although this breed is relatively unusual due to its size difference, appearance, and characteristics, Husky Pug is one of the most sought-after hybrids.

The husky pug mix is not easy to maintain.

In contrast to the regular pug, the husky pug mix is quite a handful. Like huskies, this breed can heavily shed its hair, which is not ideal for small living spaces.

Moreover, if the husky pug mix don’t use up their energy or lack exercise, they could tend to display negative behaviors, such as chewing up furniture and other items.

The Corgi Pug mix is another popular hybrid.

This hybrid mixes the pug with the Pembroke Welsh Corgi, a cattle herding dog from Wales. The Pembroke Corgi Pug is arguably the cutest pug mix, since they combine two small breeds.

The "Pugapoo" is a Pug Poodle mix.

More known as the “Pugapoo,”  this hybrid is a cross between the Pug and the Poodle. Like the Corgi Pug mix, it is also a small breed. In general, this mix ranges between 10 to 20 pounds in weight and 8 to 12 inches in height.

Typically, pugs weigh approximately 14 to 18 pounds, both male and female, growing as tall as 10 to 14 inches at the shoulder. In some unusual cases, pugs can be as heavy as 38 pounds. However, this only occurs if they have a strong appetite, or if the owner intentionally overfeeds them.

The average life expectancy of a pug is around 12 and 15 years, but most pugs die prematurely due to improper care. Moreover, the average male pug lives about 12.8 years while female pugs have an average life span of 13.2 years.

Heart and eye ailments are the most common pug health problems.

Some of the most common health issues of pugs are heart problems, encephalitis or the inflammation of the brain, as well as eye problems. Unfortunately, most of these traits are hereditary.

Since pugs have a flat nose, they can’t regulate the air they breathe which may result in increased heart rate, restlessness, and panting. Pugs are a perfect example of a breed that suffers from the brachycephalic syndrome, more known as brachycephalic airway obstruction syndrome.

Pug pregnancy takes around 58 up to 68 days.

On average, the pug’s pregnancy takes around 58 up to 68 days. Moreover, the mother pug can carry about 4 to 6 puppies during the pregnancy, although it is normal for them to have up to 9 puppies at once.

Pugs are naturally intuitive to their master’s feelings, and are usually eager to please them. Furthermore, they are also called “shadows” due to the fact that they want to accompany their masters as much as possible, longing for affection and attention.

Although they can be quite active, pugs value their sleep. In general, pugs sleep from 12 to 14 hours per day.

You need a lot of patience to train your pug.

Pugs tend to get bored with repetitive tasks. As with any breed, they also have a tendency for a rebellious streak, or get easily distracted. Therefore, training them requires a lot of patience. However, nothing is impossible with a little consistency and hard work.

Pugs are well-known in India, as its leading telecom company Vodafone has a pug named Cheeka for its mascot. Vodafone continues to strengthen its network by investing in infrastructure or upgrades with the face of the beloved pug Cheeka.