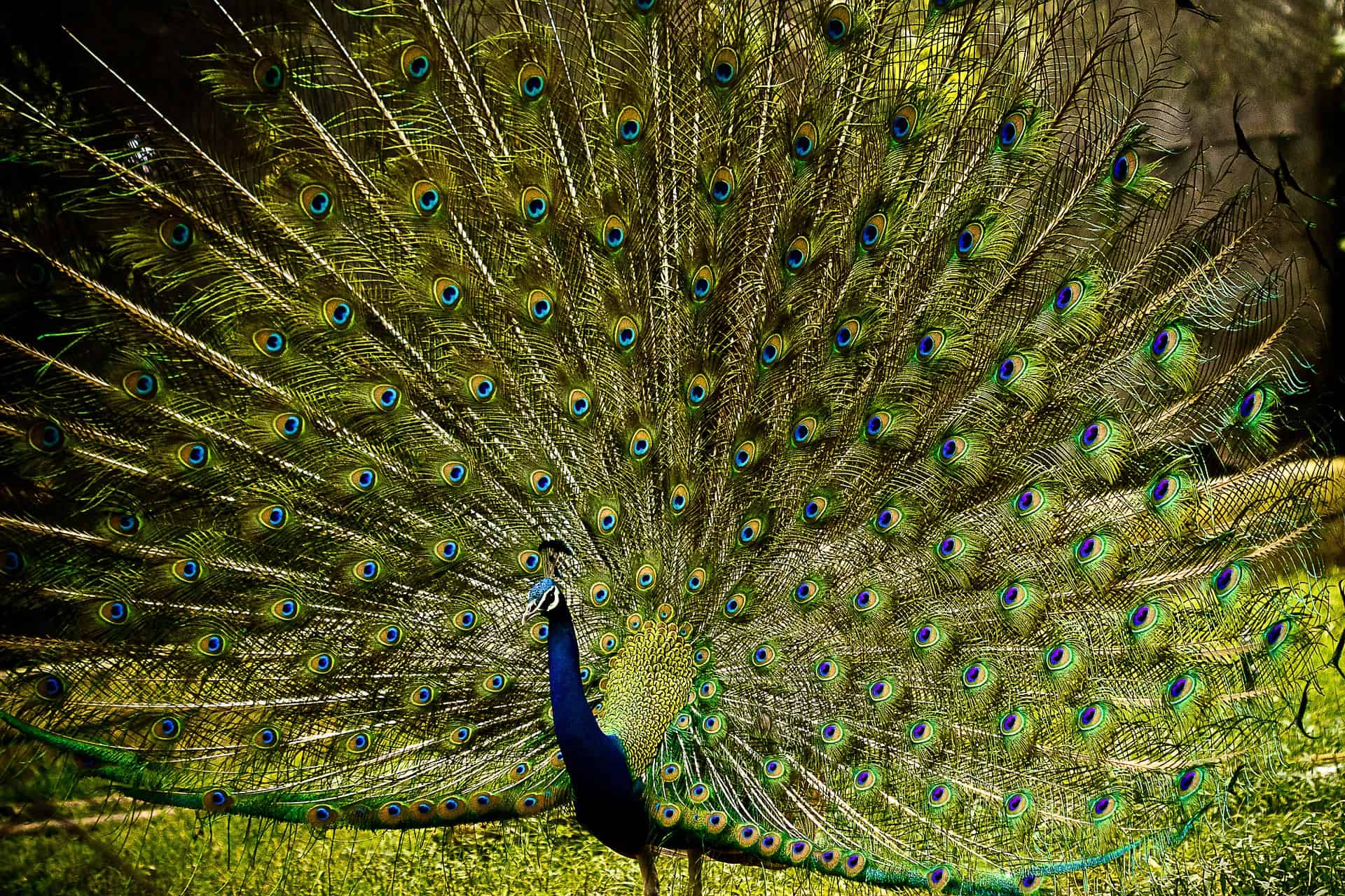 Quick Facts
Essential Facts
Interesting Facts
Table of Contents
01 Peacocks, the male peafowls, are the only ones who have ornamental feathers.
02 Peacock feathers are called a ‘train’.
03 Peacock tail covers over 60% of the total length of their bodies.
04 The purpose of a peacock’s large train is for courtship displays and mating rituals.
05 Peacock feathers have microscopic structures that appear like crystals.
06 A peacock’s train only develops after three years.
07 Peafowls have four toes on each foot.
08 Peacock sound has a low pitch that humans are not capable of hearing.
09 A peacock call is not a pleasant experience for humans.
10 Peafowls can make 11 different sounds.
11 Peafowls do not like being alone.
12 A group of peafowls is called a ‘harem’.
13 Peafowl birds are a social species.
14 Sometimes, peafowls tend to be quite aggressive.
15 The average lifespan of peafowl is between 10-20 years.
16 Peacocks are polygamous.
17 Peahens lay a ‘clutch’ of three to six eggs.
18 Most peafowls reach sexual maturity at age three.
19 Peahens are clever birds.
20 Peafowls can fly.
21 Peacock stands as the national bird of India.
22 The grey peacock stands as the national symbol of Burma.
23 Peacocks are protectors in Feng Shui.
24 There are only three kinds of peafowls.
25 Blue peacocks are known to survive northern winters.
26 As distinguished ground-dwellers, peafowls prefer farmlands and warm regions.
27 Peacocks are domesticated animals.
28 White peacocks are not albino peacocks.
29 The decline peacock population through the years is partly due to hunting.
30 By the second half of the 20th century, the Green peacock fell under the Red List of endangered species.