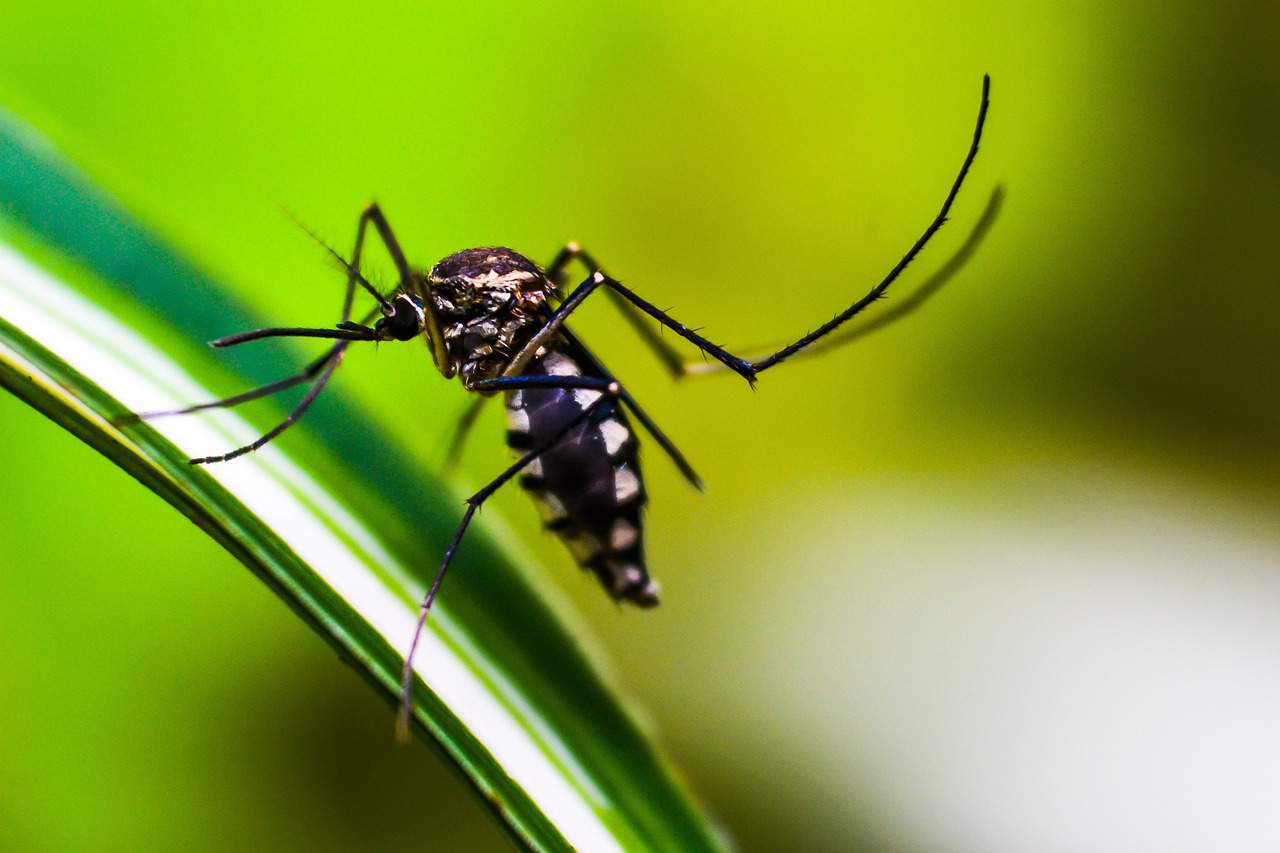 If someone asks you, “What’s the deadliest animal in the world?” you’d probably think of lions, sharks, or other predators. However, the numbers say otherwise: only one animal has an average kill count of 1,000,000 people per year. Mosquitoes might just seem like tiny pests, but these insects are the deadliest animals in the world due to the diseases they carry. Throughout history, mosquitoes have already claimed billions of lives. Take a closer look at these silent killers through these mosquito facts.

Mosquitoes have a short lifespan.

Indoor mosquitoes only have a lifespan of 4 days – 1 month. Depending on the species, most mosquitoes are active from dawn till night and rest during the day. Mosquitoes usually look for enclosed areas such as rock crevices, holes in the ground, trees, brush or thick weeds.

Regardless of species, all mosquitoes need water to complete their life cycle. It’s important to avoid having stagnant water around your living area, since this serves as breeding grounds for mosquitoes.

Malaria is not caused by a virus or bacteria.

J. W. Meigen, a German entomologist, named and first described Anopheles as a genus of mosquito. With approximately 460 recognized species, over 100 of them can transmit malaria. However, it’s worth noting that malaria is often mislabeled as a virus – when it’s in fact caused by parasites called Plasmodium.

Mosquitoes are important in the food chain.

Even though mosquitoes are a pest to humans, they create an important source of biomass in the food chain. They serve as food for fish as larvae, for birds, frogs, bats, and some species are important pollinators. They also help filter detritus for plant life to thrive as well as pollinating the flowers.

Toxorhynchites are the biggest mosquitos.

Also known as the ‘Elephant Mosquito’, Toxorhynchites is a genus of diurnal with a relatively colorful appearance.  It is the biggest known species of mosquito, at up to 18 mm (0.71 in) in length and 24 mm (0.94 in) in wingspan.

Mosquitos find universal blood donors (Type O) more tasty. According to studies, humans with Type O blood are bitten twice as often on the skin compared to those with other types of blood.

Mosquitoes only have two things in mind.

One could say that mosquitoes take a hedonistic approach in life: their sole purpose is to feed and mate. As soon as mosquitoes emerge from their pupa, they can mate within the first few days. Females lay their eggs at night and have sex every 3 nights, up to 3 times. Female mosquitoes can deliver up to 500 eggs in their lifetime.

In 2013, researchers discovered two mosquito fossils and found that the prehistoric mosquitoes had minimal changes from today’s modern mosquitoes. Researchers found the fossils in the shale of a mountain range in Montana, USA.

Mosquitoes can only fly as high as 25 feet or lower. However, the Asian Tiger Mosquito is one of the most capable fliers, reaching 40 feet above the ground.

Mosquitoes have 47 razor-sharp edges on their proboscis.

Although it may seem like it, the mosquito’s proboscis is not just a single spear. Instead, it contains 47 razor-sharp edges on its tip which they use it to cut and pierce through the layers of the skin.

Mosquitoes can fly 1-3 kilometers per hour.

Most mosquitoes can fly no more than 3 kilometers per hour. They prefer to stay within a few hundred feet of where they were hatched. However, the Aedes Sollicitans or Saltmarsh Mosquito can travel up to 60 kilometers away.

Aside from being attracted to humans with Type O blood, mosquitoes also prefer larger persons and pregnant women. According to the study, pregnant women and larger persons exhale more carbon dioxide and have higher body temperatures, which allows mosquitoes to detect them more quickly. Definitely one of the more interesting mosquito facts.

Mosquitoes have a weak vision and they see better if their targets are wearing dark-colored clothes. It’s harder for them to spot a person that wearing light-colored clothes, so you might want to consider switching up your wardrobe.

Some species of mosquitoes are more active during the daytime.

Most mosquitoes are active from dawn till night to avoid sun exposure and dehydration. However, some species of mosquitoes like the Asian tiger mosquito are far more active during the day.

It takes one million mosquitoes to drain a human of their blood.

To drain blood from one human, it would take around 1.2 million mosquitoes. In the United States alone, they have been recorded to suck to over 1.5 million gallons of blood per year.

Around 150 million to 1 billion people have died in wars throughout all of human history. However, mosquitoes have killed 52 billion people since the beginning of recorded history. Now that’s one for crazy mosquito facts.

There are 100 trillion mosquitoes around the world.

Over 110 trillion mosquitoes inhabit the world, successfully coexisting with humans for 100 million years. In contrast to other insects, mosquitoes are global while other insects have their ecological niches.

Mosquitoes can mate while flying.

When a mosquito spots their opposite sex, they start to synchronize their pitch to match the potential mate. Mosquitoes can mate while flying for as little as 15 seconds.

The mosquito life cycle has 4 stages.

The Dengue virus originated from monkeys.

800 years ago, the Dengue virus originated in monkeys and spilled over into humans. Several viruses such as Dengue are spread through the bite of the female mosquito – they become infected when start to suck the blood of a person infected with the virus. Furthermore, the mosquito will transmit the virus upon biting another person.

Since they only weigh 2.5 milligrams and are relatively weak flyers, it only takes a little effort to blow them away. Using fans at night is one of the best protection against these deadly creatures.