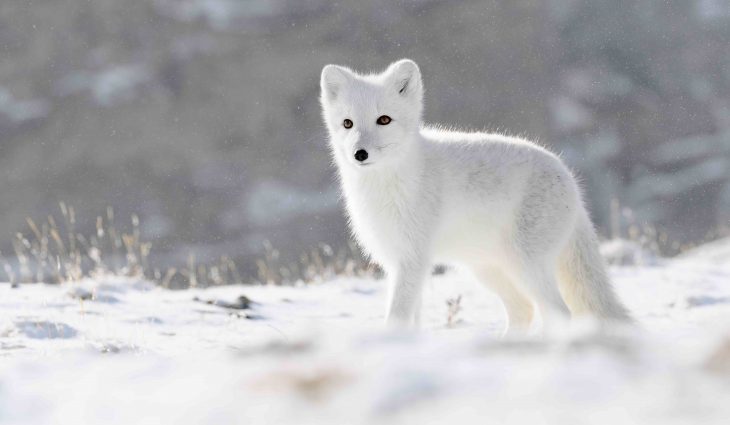 The Arctic fox is one of the most remarkable and resilient animals you will ever lay your eyes on. They live in places with an extremely cold environment such as the Arctic Tundra – one of the coldest places in the world. Out of all the Arctic fox facts that are out there, this is one most people are familiar with.

When we talk about cold, we mean ice cold. In the Arctic Tundra, the temperature can go as low as -58°F. So, how do they keep warm? Their multilayered fur protects them from the cold wind and keeps them safe. In the winter, their fur turns white to protect them from predators. One of their superpowers is really being able to blend with the environment. In the winter, the Arctic foxes’ natural colors mix with the Arctic Tundra’s snow and ice, and when the seasons change, the color of the fox’s coat does, too. During spring and summer, it turns either brown or gray. This allows them to hide behind rocks and plants as they go on the lookout for rodents, birds, and even fish.

Their furry feet, long fluffy tails, and short ears help them travel about to look for food. When prey is scarce during the winter, Arctic foxes will pursue the region’s top predator, a polar bear, to eat leftover scraps from the animals it killed. When vegetables are available, foxes will eat them as well. Want to know more? Come and get to know them on a deeper level with our frosty and fun Arctic fox facts.

In winter, their color is white, while in summer their color is brown or gray. Their color adaptations help them adjust to the environment and protect them from predators.

A typical meal of an arctic fox would consist of lemmings or small rodents, ringed seal babies, ducks, geese, swans, and seabirds. When there is a shortage of food, they also consume dead animals, seaweed, berries, insects, etc.

Their predators are bigger creatures.

Arctic foxes’ attackers are wolves, polar bears, brown bears, red foxes, golden eagles, and even humans. Nowadays, the biggest threat to them is climate change. The increasing temperatures are affecting the habitat of arctic foxes.

In order to survive winter where food is scarce, arctic foxes store body fat. During autumn and summer, they eat as much as they can. Food build-up creates a layer of fat and it becomes fat reserves they can use during winter. Additionally, they also bury the food they consume during winter.

The Arctic fox has a keen sense of smell.

Arctic foxes use their sense of smell to detect and catch prey underneath the snow. Arctic foxes can also track down polar bears. They can sniff bodies of dead animals left by other animals such as polar bears anywhere from 10 to 40 kilometers. Furthermore, they can also smell buried and frozen lemmings or small burrowing rodents under 46 to 47 cm of snow.

An Arctic fox’s tail is approximately 13 inches long. Just like cats, their tails help them to balance. They also use their thick and bushy tails as blankets, which they curl around the face to protect them from the cold weather.

Arctic foxes usually live in very extreme environments, places where the temperature can go as low as -58˚F or -14˚C). They usually inhabit the Arctic Tundra. The Tundra is located in the northern regions of Asia, Europe, North America, including a few areas in Antarctica.

Arctic fox is the only native mammal in Iceland.

The Arctic fox is the only mammal that lives in Iceland. This means they are the only native mammal in the country. Other animals including reindeer, horses, sheep, and cattle were brought by traders and settlers in the 18th century. Some believe Arctic foxes traveled to Iceland on their own before, traversing the frozen sea of Greenland and Scandinavia.

The Arctic fox spends hours roaming and listening for lemmings under the snow. Once the fox hears the lemmings, it will tilt its head back and forth to detect the exact location of the rodents.

When the fox located the lemmings, it will attack. It will jump into the air, sometimes within several feet, plunge into the snow with its mouth open. If the attack is successful, the arctic will come out of the snow with the rodent in its mouth.

Arctic foxes are quite social. Vixen is the term for the female adult arctic fox, and dog for the male, while the babies are called kits. A group of kits born at the same time is called a litter. Generally, arctic foxes live in family groups during the summer and spring.

Aside from caves and dens, arctic foxes burrow on the side of cliffs to seek shelter. During severe thunderstorms and freezing weather, they stay in their burrows to keep warm. Even though the temperature in the snow holes is cold, it still much, much colder outside their holes. Arctic foxes stay inside their burrows a lot during their breeding season.

Arctic foxes burrow in places that are easier to dig. They also like their homes to face southward towards the sun, because it makes their place warmer. Also, they like their place to have a maze-like burrow so they can easily escape predators.

Arctic fox dens are as old as 300 years.

Arctic fox dens are like complex tunnels covering approximately 1,000 square miles or 1,200 square yards. Some dens have existed for around 300 years, they’ve been used by many generations of Arctic foxes. When you enter a den, you will see a deposit of urine, feces, and leftover kills.

Arctic foxes breed during April and May.

Arctic foxes have a long mating season and they breed once a year; their reproduction period is around 52 days. A litter is usually made up of more than 20 pups, which is more than the other fox species. The pups are weaned at nine weeks of age, they leave the burrows and start to live on their own. Young foxes become fully mature at nine to 10 months of age.

What’s interesting about arctic foxes is that when they mate, they mate for life. Once they find a partner, they will mate for several years. and will continue to do so until one dies or is removed from their habitat. Both parents play roles in taking care of their young. The female feeds and keeps the young foxes warm while the male fox protects them from predators.

The mortality rate of their pups is high.

Based on various studies, out of an average of six Arctic pups, only one of them usually survives and reaches the age of maturity. The high mortality of Arctic pups has something to do with their cold environment. Furthermore, an arctic fox only lives for three to four years in the wild.

A typical Arctic fox will travel long distances to look for food. In 2019, an experiment was made, a tracking device was attached to a vixen and released in the eastern part of Spitsbergen, Norway.

The 2019 Canadian-American computer-animated comedy film,  Arctic Dogs, featured an Arctic fox named Swifty. In the movie, Swifty works in the Arctic Blast Delivery Service mailroom, but he has bigger dreams. He wants to be a Top Dog, couriers who are huskies.

The movie was directed by Canadian director and screenwriter  Aaron Woodley. It was released on November 1, 2019. Unfortunately, it was a box-office flop, grossing only 20% of its total production costs.

Arctic fox is a rare pet in Adopt Me!

Adopt Me! is a huge multiplayer online game on the gaming platform Roblox. One of the most limited and rare pets in Adopt Me is the Arctic fox. It is one of the pets released on December 14, 2019. A player can only obtain an Artic fox through trading with other players or by hatching a Christmas Egg. 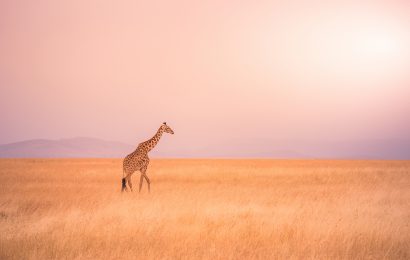