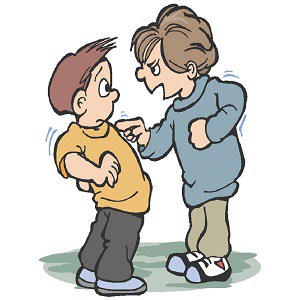 Quick Facts
Essential Facts
Interesting Facts
Table of Contents
01 Schools Are the Centre Stage of Bullying
02 More than 3 Million Students Are Bullied Each Year in the USA
03 Teachers Intervene in Only 4% of Cases
04 One-third of US Workers Have Been Bullied
05 Bullies Have Emotional Issues and Are Often Victims Themselves
06 Victims of Bullying Often Stand Out from the Crowds
07 Bullying Is a Universal Phenomenon
08 The Word “Bully” Used to Carry a Positive Meaning
09 Mobbing Is the Term Used for Group Bullying
10 Bullying Can Lead to Serious Psychological Issues, Physical Injuries and Even Death
11 Parents Increasingly Allow Their Children to Undergo Plastic Surgery Due to Bullying
12 Suicide Is Much More Likely in Victims of Bullying
13 Bullying Has Caused 75% of Shootings in Schools
14 9 out of 10 LGBT Students Report Being Bullied
15 60% of Bullies Turn into Criminals
16 Bullying Is the Most Common Form of Violence
17 49 US States Have School Anti-bullying Legislation
18 Overly-permissive and Overly-aggressive Upbringing Can Both Cause Bullying
19 Bullying Facts – Facts about Bullying Summary

Schools Are the Centre Stage of Bullying

All bullying facts are shocking, but the most shocking might be about the places where bullying is most common. Although there are many locations where bullying regularly occurs, schools are definitely the centre stage of bullying.

In addition to the 3 million students that are bullied each year, more than 150,000 students skip school each day due to the fear of being bullied. About 10% of students are bullied to such an extent that they decide to drop out of school, or their parents decide to remove them from school.

Teachers Intervene in Only 4% of Cases

But the majority of schools still remain blind to the problem most of the time; teachers only intervene in 4% of bullying incidents (1 out of 25 incidents!) and 25% of teachers even believe that there is nothing wrong with bullying in schools.

One-third of US Workers Have Been Bullied

Even though bullying facts are perhaps most frightening when it comes to children and schools, adults are also frequent victims of the abuse, intimidation and violence that are characteristic of bullying.

One-third of US workers – or more than 50 million individuals – have been bullied in their workplaces, and domestic bullying (bullying by a partner) has been a huge problem too for decades. Unfortunately, a large proportion of domestic abuse goes unreported, so statistics rarely show the whole picture.

Bullies Have Emotional Issues and Are Often Victims Themselves

Although there are many motives behind bullying (anger, anxiety, arrogance, envy, hate, revenge, and even boredom), most bullies, whether children or adults, share some common personality traits. Bullies often have emotional issues or even personality disorders which cause them to think either too highly or too little of themselves, so they frequently react violently to criticism or lack of deference.

Many bullies have been victims of bullying themselves (by parents, partners or peers) and have thus developed similar violent behavioural patterns. People who become bullies later in life were not necessarily bullied themselves as children – their behaviour can also be a consequence of genetic predispositions, lack of emotional attachment, insecure homes or ineffective discipline.

Victims of Bullying Often Stand Out from the Crowds

There is no rule about who becomes a victim of bullying, but studies have revealed that some groups are more likely to be bullied than others. The key characteristic of victims is being different from what is perceived by the bullies as “normal”. People with distinct physical characteristics, such as deformity, disability or obesity, often fall victim to bullies.

Other victims might be people who are either very smart or have learning disabilities. People who belong to LGBT communities and racial minorities are also frequently bullied, and people who come from a poor background, are shy and reserved, or simply exhibit a special talent or a special interest can often become victims, too.

Bullying Is a Universal Phenomenon

Even though the Unites States of America have been labeled as the main “bullying warzone” of the world due to stories of school shootings and other violent acts that have hit international media in recent decades, bullying is present in practically all countries, all societies and all communities.

While the manner of bullying might vary greatly in different places around the world, there are people who boost their egos by intimidating others almost everywhere. The need to degrade others in order to feel better about ourselves is thus sadly written deeply in humanity and has been present, in one form or another, ever since the human race evolved.

The Word “Bully” Used to Carry a Positive Meaning

Although bullying has been present in human society forever, the word “bully” is only a few centuries old – it was first used in the early 1500s. What is even more surprising is the fact that it initially meant lover or brother. It most likely originated from Dutch and German words for lover and brother (boel, buole, buhle). The meaning of the word shifted from a very positive one to a negative one at some point in the 1600s, when it took on its current definition.

Mobbing Is the Term Used for Group Bullying

The word “mobbing” is frequently used nowadays in connection to various forms of harassment in the workplace, but it actually applies to a much broader area. In fact, mobbing is a term that means any kind of bullying done to an individual by a group.

Bullying Can Lead to Serious Psychological Issues, Physical Injuries and Even Death

It starts with slight discomfort, the feeling of not belonging and occasional anxiety, continues with low self-esteem, depression, nightmares, bruises and other minor injuries, and sometimes finishes with severe injuries or irreversible health conditions.

There have also been numerous cases where bullying ended in death. Most often, these are deaths of victims who either committed suicide or were fatally injured. In some cases, those doing the bullying have themselves been killed when they became the targets of victims’ brutal revenge.

It is no big surprise that in today’s looks-driven world some of the most frequent victims of bullying are children with body defects or disabilities. Those who bully often force these children’s parents into a terrible dilemma – watching their children suffer or allowing them to undergo painful and potentially dangerous plastic surgeries.

Nowadays, more and more parents choose the latter, since that might seem like the only possibility of their children having a normal, happy life.

Suicide Is Much More Likely in Victims of Bullying

Bullying, although considered almost harmless by many, can sometimes end in great tragedy. Did you know that students who are bullied think about committing suicide 2 to 9 times more often (the results of different studies vary greatly) than their peers who are not victims of bullying?

Bullying Has Caused 75% of Shootings in Schools

Several notorious shootings in US schools in recent years have shaken America as well as the rest of the world. Did you know that about 75% of these shootings can be directly linked to bullying? That’s right – shooters in 3 out of every 4 school shootings have been victims of regular bullying by their peers.

9 out of 10 LGBT Students Report Being Bullied

LGBT rights activists have achieved a lot in recent years, in terms of decreasing intolerance, discrimination and the social stigma connected with having a different sexual orientation as most. Despite this, bullies still harass their LGBT peers mercilessly: 90% of LGBT students are still victims of regular bullying.

60% of Bullies Turn into Criminals

Boys will be boys, huh? Well, in case of bullies, it is more like boys might become criminals. According to a study from the Fight Crime: Invest in Kids organisation, 60% of kids who had regularly bullied throughout their school years were convicted of at least one crime by the age of 24. 40% of them had even been convicted three or more times by the same age.

Bullying Is the Most Common Form of Violence

No, it is not bar fights, organised crime murders, Black Friday shopping incidents or even wars that are the most common form of violence in modern society – it is bullying. Other forms of violent behaviour might be more devastating than bullying sometimes, true, but overall, it is bullying that causes most pain day-to-day for millions and millions of people all over the world.

49 US States Have School Anti-bullying Legislation

Bullying has been an increasing problem across schools in the USA in the recent decade or two, so it is no surprise that 49 out of 50 states have passed some kind of anti-bullying legislation. Among them, the states of New Jersey, North Dakota and Georgia are often believed to be among the best when it comes to protection from bullying. And which state is the only one without anti-bullying legislation? Montana.

Overly-permissive and Overly-aggressive Upbringing Can Both Cause Bullying

Bullying is the most common kind of violence in the world today. Schools around the world are full of bullies, and so are workplaces, homes, and many others places that are generally believed to be safe. Statistics of bullying are frightening and US authorities are fighting hard to limit such behaviour.

Bullies are typically either over-confident or have low self-esteem, so they find pleasure in harassing and humiliating those whom they see as potentially weaker. People who are physically or mentally different from most are thus perceived as ideal victims for bullies. Bullying is by no means just a children’s game; it is very dangerous and often the cause of shocking tragedies.