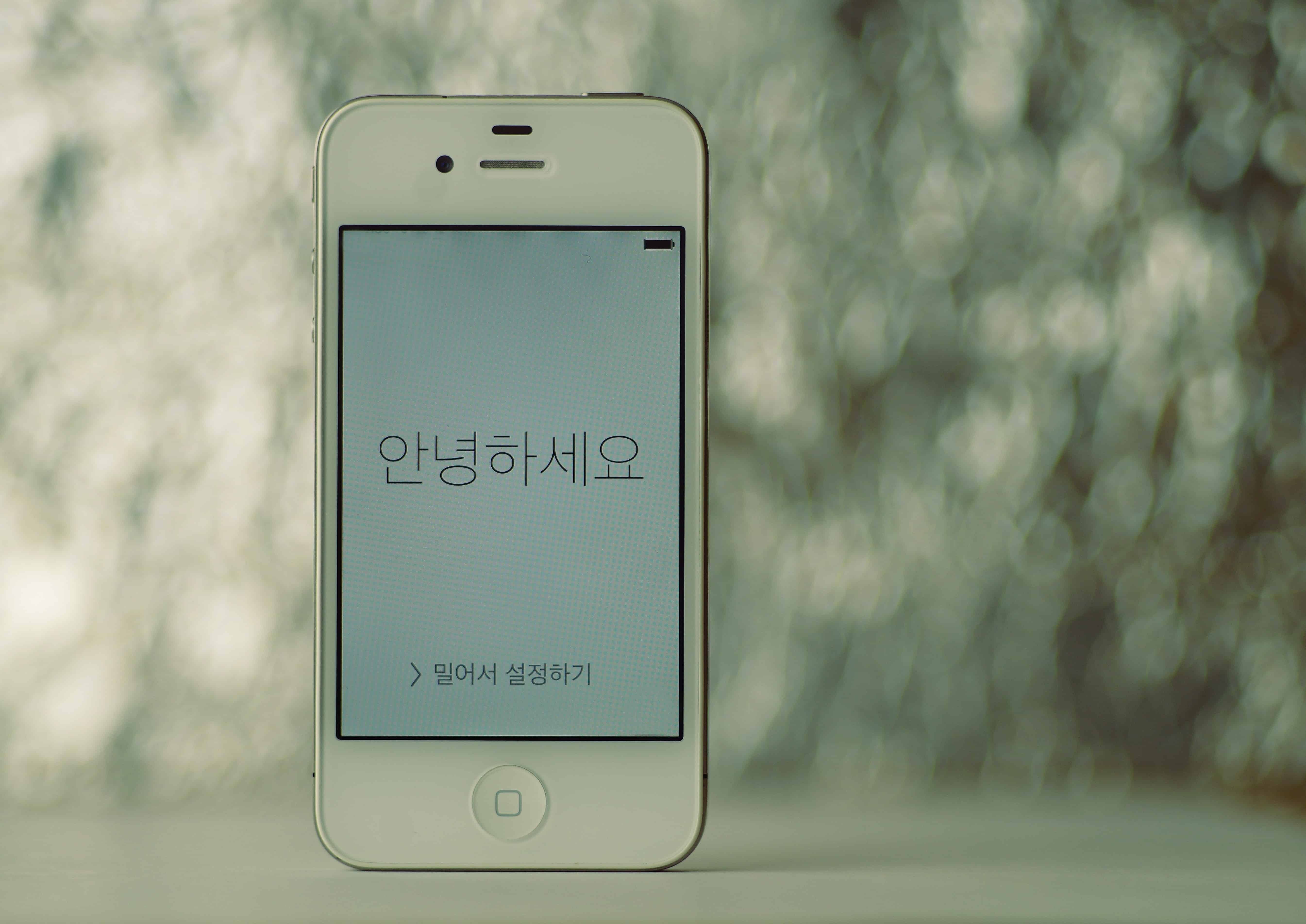 Quick Facts
Essential Facts
Interesting Facts
Table of Contents
01 Russian was the first language on space.
02 Basque is a mystery language.
03 Scrabble letter distribution differs with each region/country.
04 English has the most words of any known language.
05 The world’s most translated novel almost flopped.
06 There’s an interesting Bible myth about the origin of language.
07 Ambigrams are words that look the same from different angles.
08 More people in the world are second-language English speakers than native English speakers.
09 Every 98 minutes, a new word is created.
10 William Shakespeare invented 1700 words.
11 The word “synonym" doesn't have a synonym.
12 The longest word without vowels is "rhythms."
13 The longest word you can make with only four letters is "senseless."
14 The word "goodbye" is a combination or contraction of "God be with you."
15 Russian is the most widespread native language in Europe.
16 Japanese has no distinction for singular and plural words.
17 “N” is the most common English consonant.
18 Learning a second language can slow aging.
19 Over 200 artificial languages have been invented for media.
20 Onomatopoeia varies with each country.
21 Half of the world is bilingual.
22 There’s a language that consists entirely of whistles.
23 Botswana has a language made entirely of clicks.
24 30% of English terms come from French words.
25 People who speak Chinese use both sides of their brain.
26 The English term “water” is “air” in Indonesian.
27 The world record for most languages spoken is 58.
28 The U.N. has six official languages.
29 The longest word in Finnish language is epäjärjestelmällistyttämättömyydellänsäkäänköhä.
30 Not keyboard smashing: Tzgr (she crossed) and tftktstt (you sprained it) are actual words.
31 9 languages don't have words for color - they only distinguish between black and white.
32 In the Yiddish language, 'finger' means 'toe'.
33 When a word creates another word when spelled backwards, it's called a semordnilap, which is 'palindromes' backward.
34 The largest alphabet in the world is 74 characters long.
35 There are over 200 extinct languages.
36 Asia has the most languages of all continents.
37 French was the U.K.'s official language for 600 years.
38 Mandarin is considered the hardest language to learn.
39 Lingua francae are also known as bridge languages.
40 Cantonese is the most used language for business around Southeast Asia.

Without language, societies will collapse. Language leads to understanding. These language facts will show you how important that is – from the essential to the most bizarre.

Russian was the first language on space.

Yuri Gagarin was the first man in space, so it’s no surprise that the first language ever spoken in space was Russian. The Russian cosmonauts actually made milestones in space exploration a little earlier than astronauts.

Additionally, Russia’s Soyuz spacecraft is the only means of travelling to the International Space Station (ISS).  Since all its controls are in Russian, all astronauts must learn the language.

Basque is a mystery language.

Spoken by around 700,000 people in the Basque Country in Spain, this language is so unique and unrelated to any other language that experts still aren’t sure where it comes from. It even has its own numbering system.

International versions of the board game Scrabble reflect how different languages work: in Poland, the 5th most common tile is “Z,” while in Finland, the 3rd most common tiles are “T” and “N.”

For Slovenia and Catalan, “E” is the most common tile – the same as the original English version.

English has the most words of any known language.

At approximately 750,000 words (with new ones each week), English has the largest vocabulary of all known languages. We bet their dictionaries are way thicker, too.

Paulo Coelho’s The Alchemist holds the Guinness World Record for the most translated book by a living author. However, it did not have a grand start. Originally written in Portuguese, the novel almost flopped in Coelho’s native language – to the point that the publisher did not want to reprint it. However, the French translation topped French best-sellers, eventually leading to its critical acclaim. Currently, the book has been translated into 80 languages and distributed in 170 countries.

There’s an interesting Bible myth about the origin of language.

The Tower of Babel is a tale warning against man’s hubris, but it also gives an interesting explanation as to why people speak different languages.

According to the tale, people used to speak only one language. After the Great Flood, a unified group agreed to build a city with a tower high enough to reach heaven. Because of this arrogance, God made them speak different languages in the middle of the process. The construction was halted because the people could not understand each other anymore. From then on, they separated into different nations – which is why, according to the Bible – different countries have different languages.

Ambigrams are words that look the same from different angles.

For example, the word “swims” will look the same even when upside down. Similarly, “suns” and “dollop” will still read the same way.

About 1.5 billion people speak English, but only 360 million out of the bunch are native speakers. It could be because English is just the most taught language, and a bunch of people with different mother tongues picked it up along the way.

Every 98 minutes, a new word is created.

That makes about 14.7 words a day. On estimate, 5,400 new English words are created per year. However, only 1,000 of those words are adopted by the public into general use.

Shakespeare coined over 1700 of our common words by changing nouns into verbs, verbs into adjectives, combining words not used together, adding prefixes and suffixes, and composing original words.

The word “synonym" doesn't have a synonym.

How’s that for strange language facts?

The longest word without vowels is "rhythms."

“Rhythms” is the longest common word without any vowels.

The longest word you can make with only four letters is "senseless."

The word "goodbye" is a combination or contraction of "God be with you."

Goodbye originated from the late 16th century. It was first written as “Godbwye” in Gabriel Harvey’s 1573 works.

Russian is the most widespread native language in Europe.

Of all European languages,  Russia is the most common with 120 million native speakers.

German follows at 95 million native speakers. In addition, German is the only official language of Germany, Austria and Liechtenstein, and a secondary language of Switzerland, Belgium and Luxembourg.

Russian might be the most common language, but German is more officially used in trade and commerce.

Japanese has no distinction for singular and plural words.

The Japanese language doesn’t have plurals the way English does. Plural words are not individual words, but a combination of the word plus a number and/or counter before it. In some cases, repetition of kanji indicates plurality.

“N” is the most common English consonant.

“N,” “R,” and “T” are the most commonly consonants in the English language.

With all the memorization and acclimation, learning other languages also improves memory. In fact, studies show that bilinguality can delay the onset of dementia by several years.

Over 200 artificial languages have been invented for media.

It’s not uncommon for fiction writers to throw in an original language in the world-building process – because what’s a lore without that much attention to detail? However, “fake” languages were used centuries ago in languages created for philosophical debate.

Onomatopoeia varies with each country.

Onomatopoeia is defined as a word formed from the sound it makes. For example, the bang of a drum, or the hoot of an owl. However, not everyone hears these things the same way. An American would say a frog goes, “Ribbit, ribbit!” but a Japanese person would say it’s “Kero, kero!”

Read also: 30 Silk Facts That Will Make You Feel Like Royalty

Half of the world is bilingual.

Out of 7.7 billion people, over half speak two languages. Bilingual people also tend to be bi-cultural.

There’s a language that consists entirely of whistles.

The Silbo language of La Gomera, Spain is a tonal language fully made up of distinct whistles. Whistled languages are also found in Turkey, France, Mexico, South America, India, and Africa.

Botswana has a language made entirely of clicks.

Click languages or Khoisan languages use solely clicking sounds to communicate. Typically, they are made up of four clicks, but the Southern languages use a fifth (“kiss” click) as well.

Over 10,000 English words are derived from French. This is largely due to the Norman Invasion of 1066, when William the Conqueror (Guillaume le Conquerant in French) won the British throne in the Battle of Hastings.

People who speak Chinese use both sides of their brain.

The English term “water” is “air” in Indonesian.

The world record for most languages spoken is 58.

Ziad Fazah of Lebanon holds the Guinness World Record for most languages spoken. Fazah claims he is fluent in 58 languages including Arabic, Polish, Thai, Urdu, Norwegian, and more. However, the title is quite disputed. Although Fazah has proven his prowess in tests, there have also been cases where he failed to understand basic languages he claims to master on live TV.

The U.N. has six official languages.

The United Nations’ six main languages are Arabic, Chinese, English, French, Russian, and Spanish. Most UN documents are released in these languages.

The longest word in Finnish language is epäjärjestelmällistyttämättömyydellänsäkäänköhä.

Not keyboard smashing: Tzgr (she crossed) and tftktstt (you sprained it) are actual words.

The Tashlhiyt dialect of Berber, North Africa contains vowelless words such as the ones above.

9 languages don't have words for color - they only distinguish between black and white.

When a word creates another word when spelled backwards, it's called a semordnilap, which is 'palindromes' backward.

For example, “pots” forms “stop,” which is why it is a semordnilap.

The largest alphabet in the world is 74 characters long.

The world’s largest alphabet belongs to the Cambodian language Khmer, which consists of 33 consonants, 23 vowels and 12 independent vowels.

There are over 200 extinct languages.

Linguists predict that at the end of the century, 50% – 90% of the 7,000 languages will become extinct. Extinct languages are those with no surviving speakers, records, and/or data.

Asia has the most languages of all continents.

Asia has about 4.46 billion people speaking 2,300 languages. The population of the continent is about six times that of Europe, which is why it’s not a surprise that the continent has many languages.

French was the U.K.'s official language for 600 years.

Similar to why 30% of English words are derived from French, William the Conqueror’s rule influenced the mother tongue of the U.K. Because the people in power spoke French, England adopted French as its mother tongue until the 15th century.

Mandarin is considered the hardest language to learn.

Aside from the intimidating list of characters to memorize, Mandarin’s tonal nature makes it highly nuanced and hard to learn for those accustomed to English. However, it is still the most commonly used language in the whole world.

A lingua franca connects speakers of different mother tongues through a common language. For example, when travelling, you’d be more likely to ask questions in English than your mother tongue (Depending on where you are, of course).

Cantonese is the most used language for business around Southeast Asia.

About 60 million people in Southeast Asia use Cantonese as their main business language. Cantonese is the most common language for business and trade because most Chinese who immigrated to Western countries in the 20th century came from the Cantonese-speaking areas of China.