Quick Facts
Essential Facts
Interesting Facts
Table of Contents
01 Llama Facts Infographics
02 Llamas are herbivorous creatures.
03 The Andean cultures used llamas since the pre-Columbian era.
04 Ancestors of the llama lived in the Great Plains of North America.
05 Aymara mythology believes that rain comes from the Heavenly Llama.
06 They are excellent guards for herds.
07 Llamas can run very fast.
08 Kicking is the primary weapon of llamas.
09 Llamas are brave.
10 Llamas communicate by humming.
11 Llamas are a good pet.
12 The llama's wool can be sold between $1 to $6 per pound.
13 The llama's wool is arguably better than the sheep's wool.
14 There are more than 150 thousand llamas in the US and Canada.
15 With a heavy load, llamas can walk up to 20 miles per day.
16 Llamas can tell you if the load is too heavy.
17 Llamas are very straightforward.
18 Llamas could be the key to a universal flu vaccine.
19 They are now used as therapy animals.
20 It is legal to eat llamas in some countries.
21 Llama is a specialty food in several countries.
22 Its meat is high in protein and low in calories.
23 Llamas can walk on rocky terrains at high altitudes.
24 Llamas and alpacas have a very close resemblance.
25 They don't bite humans.
26 The llama's stomach has three compartments.
27 Female llamas mature much faster.
28 Llamas are in a lying down position during mating.
29 Llama gives birth in the morning around 8 up to noontime.
30 Its manure doesn't smell bad.
31 You can tame a llama in Minecraft. 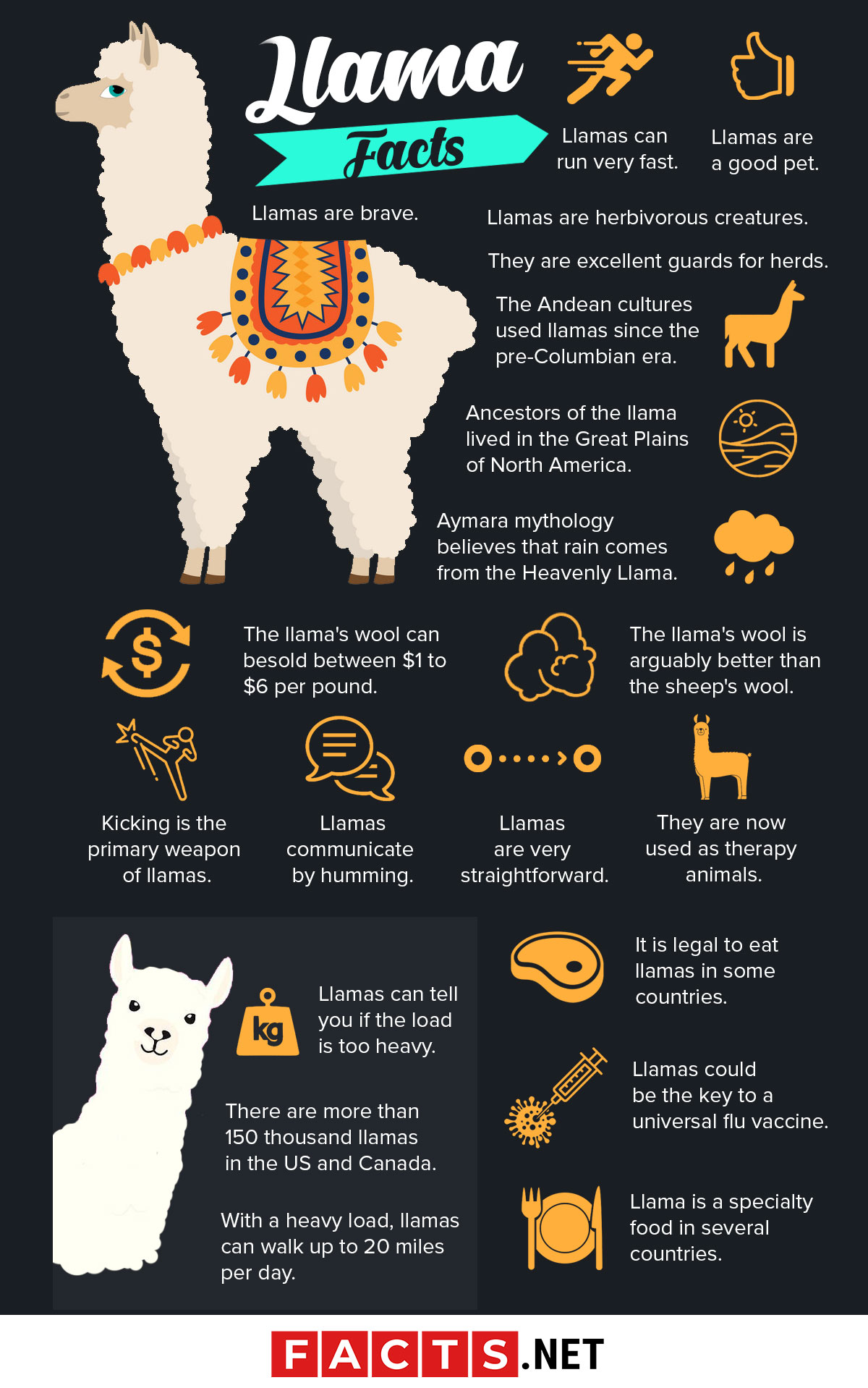