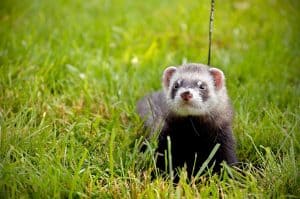 Table of Contents
01 Ferret Facts Infographics
02 In 2002, New Zealand prohibited the selling and breeding of ferrets.
03 Ferrets are sexually dimorphic creatures.
04 The Ancient Greeks may have been the first people to keep pet ferrets.
05 Some folklore says that Egyptians kept ferrets as pets.
06 Ferrets and polecats largely resemble each other.
07 Ferrets have a distinct odor.
08 Some people believe that ferrets used to be royal pets in Belgium.
09 Ferrets are highly social animals.
10 You can have a pet ferret in most US states.
11 Some countries prohibit ferret domestication.
12 Frequent bathing will make ferrets produce more skin oil.
13 The ferret diet varies greatly.
14 Pet ferrets may eat raw or cooked chicken.
15 Swimming is hard work for a ferret.
16 Ferrets play a huge role in research.
17 Ferrets share several physiological and anatomical features with humans.
18 Ferret racing is a popular sport in the UK.
19 Baby ferrets are called kits.
20 Ferrets become lactose intolerant over time.
21 Young ferrets must be fed 4 times a day.
22 Ferrets are generally bigger than weasels.
23 Both weasels and ferrets have thick fur and short legs.
24 Ferrets have sharper vision than cats at close range.
25 Compared to humans, ferrets have more of a peripheral vision.
26 Ferret eyes have only one solid color.
27 Albino ferrets are the results of inactive genes.
28 Ferrets have eyebrows.
29 Cancer is a common health problem for ferrets.
30 Ferrets are one of the most popular companion pets in the U.S.
31 On average, a ferret would cost around $100 to $150. 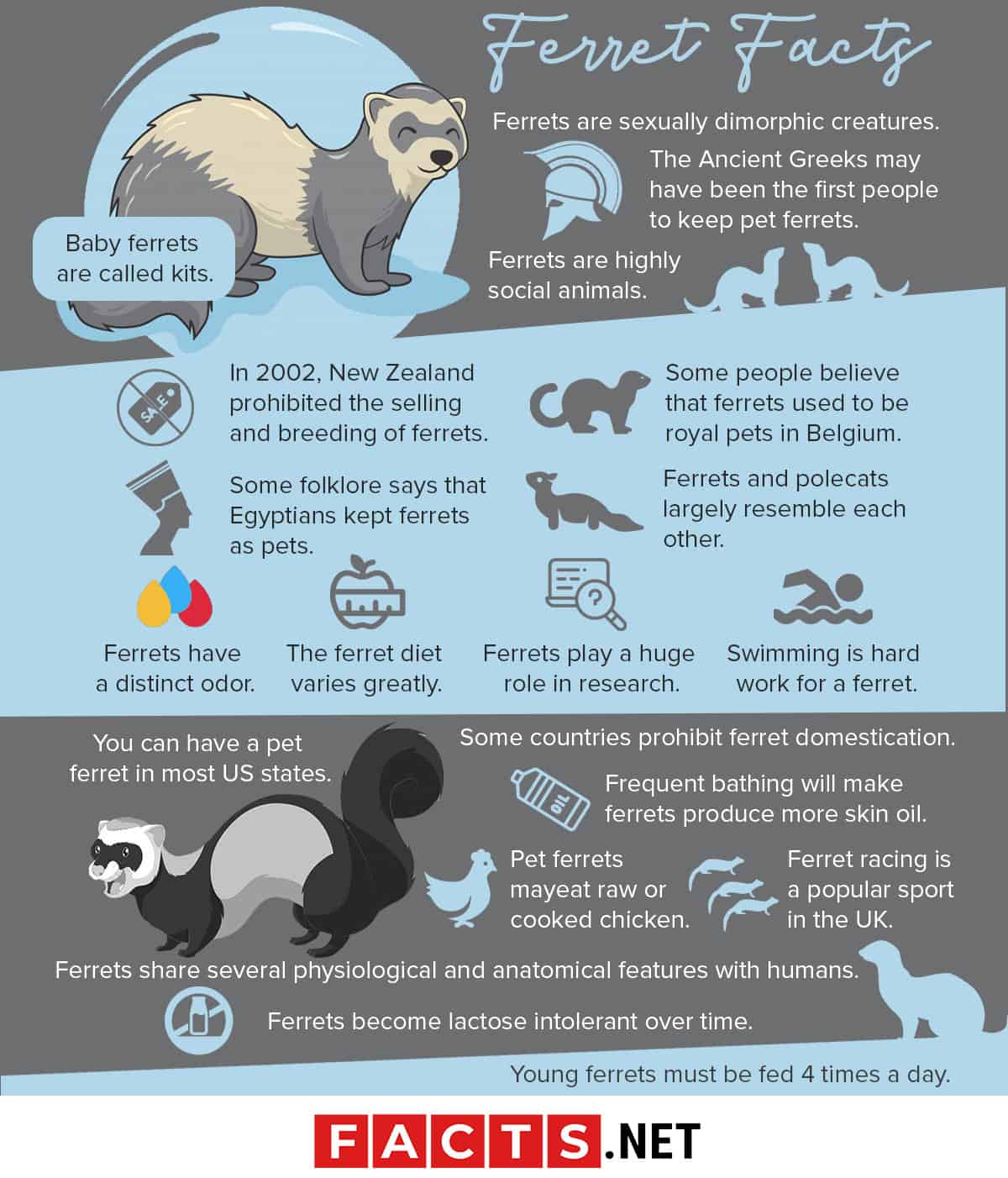 Read also: 40 Shocking Sea Anemone Facts About the Flowers of the Sea 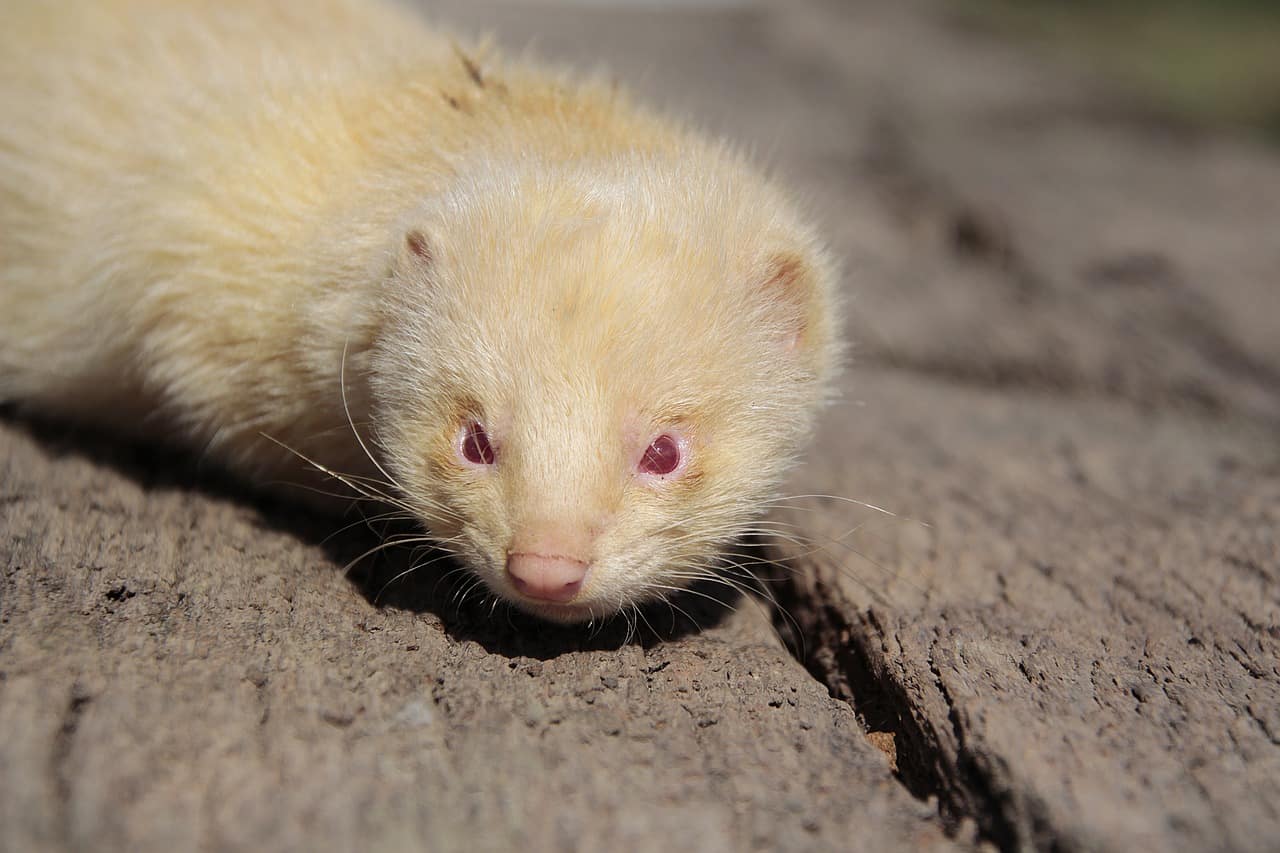