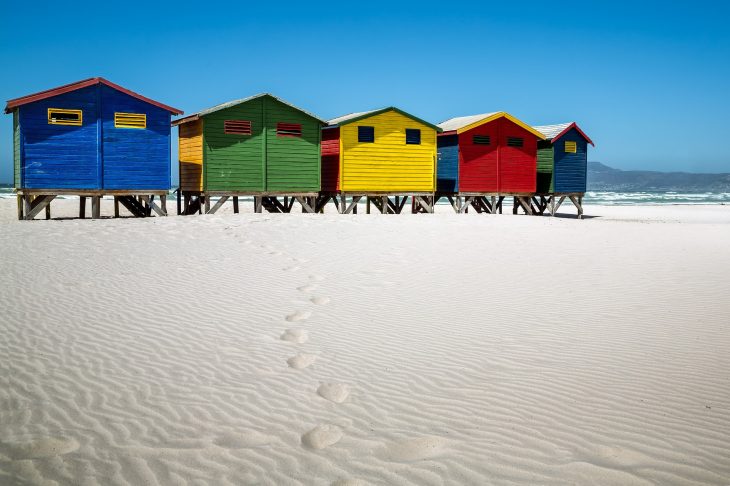 Also called the Rainbow Nation, South Africa features a diverse mix of people from different cultures. True to its namesake, it has a history colored with its eager efforts to move past its racially-charged past. Today, South Africa leads the world in supplying precious metals. Aside from its rich natural resources, South Africa boasts beautiful landscapes teeming with native species. Find out more about this giant plateau with these South Africa facts.

In the Afrikaans language, Apartheid literally translates to aparthood, which is a racial system first introduced in South Africa in 1948. Dividing the country’s society along racial lines, the aparthood system granted all political, economic, and social power in the country to the white minority.

As a result, the black majority found themselves at the bottom of the social pyramid, forbidden from owning land or living or working outside of so-called tribal homelands. They also lost their citizenship, and with it, their rights and freedom under the law.

The rest of the world strongly condemned apartheid.

The United Nations (UN) first condemned the apartheid system in 1960, banning the sale of all weapons to South Africa in 1963. At the time, the UN made the ban voluntary on the part of member nations, but they made it mandatory by 1977. The UN also pushed for member states to stop trading and working with South Africa until they ended apartheid.

As a result, Britain and the USA passed economic sanctions on South Africa in the 1980s, with 23 other nations following. Ironically, one of the few nations that refused to follow the UN’s lead was Israel, which became the largest seller of weapons to South Africa from 1975 onward.

The African National Congress (ANC) led the fight against apartheid.

Originally formed in 1912 by John Langalibalele Dube, the ANC political party aimed to unite Africans to stand up for their rights and freedom. After apartheid came into force from 1948 onward, the ANC led the opposition to the white supremacist system. At first, the ANC tried nonviolent ways to fight apartheid, but it all changed after the Sharpeville Massacre of 1960.

This tragic incident claimed 69 black lives and injured hundreds more due to the police who opened fire on a peaceful protest. Later that year, the South African government banned the ANC, forcing it to turn to guerilla warfare to continue the fight against apartheid.

Nelson Mandela led the ANC in its fight against apartheid.

Born on July 18, 1918, Nelson Mandela actually hailed from the Thembu royal family. He later earned his law degree at Fort Hare University and Witwatersrand University. Starting in 1943, he became a leader for anti-colonial and black nationalism, rising to lead the ANC over the 1950s.

After the ANC’s banning, Mandela helped found the Umkhonto we Sizwe (Spear of Africa) to fight against apartheid. Captured in 1962, Mandela then spent the next 27 years in prison, before regaining his freedom in 1990.

Apartheid finally came to an end in 1991.

The economic difficulties that apartheid caused, along with South Africa’s ruined international reputation slowly destroyed the ruling National Party’s popular base. The prospect of a large-scale civil war split along racial lines also played a role in the South African government ending apartheid. Black leaders found themselves released from prison in 1990, with Mandela and President F.W. de Klerk negotiating to organize a multiracial election in 1994.

Mandela won that election, taking the lead of a multicultural coalition government that aimed to rebuild South Africa from the destruction of apartheid. Their measures included a new constitution, official investigations of Human Rights abuses, land reform, and neoliberal economic policies.

One of the strangest South Africa Facts is that the country actually doesn’t have any official capital city. Their constitution only places Parliament at Cape Town, and which could be moved with an Act of Parliament. Unofficially, the nation’s 3 capitals each have the seat of one of the 3 branches of government. For one, Cape Town has Parliament, making it the seat of South Africa’s legislative branch.

Most of South Africa is actually a big plateau.

A set of steep cliffs falling from the heights of the South African plateau, it actually goes well past the borders of South Africa. In the east, it extends north through Mozambique and Zimbabwe, before going past the Zambezi River to end in Eastern Zambia. Meanwhile, to the west, the Great Escarpment also extends further north, into Namibia and Angola.

A coastal belt lies outside the Great Escarpment.

South Africa has a varied climate.

Most of South Africa enjoys a temperate climate, with the country enjoying an average of 464 mm of rain every year. To the west, the country has patch of desert where South Africa borders Namibia.

One of the coolest South Africa facts is its diverse wildlife. Throughout the country, African leopards, blue wildebeests, lions, South African cheetahs, South African giraffes, and South African white rhinos are its distinct species. Some of them live only in South Africa, such as the critically-endangered riverine rabbit.

Plantlife in South Africa features a rich diversity of species.

Up to 22,000 species of plants live in South Africa, accounting for 9% of all plant species on Earth. Especially on the plateau, grasses make up a large part of South Africa’s plant life. This region also thrives with small shrubs, acacia trees, and baobab trees. Towards the Western Cape, flowering evergreens grow with up to 9000 different species. Of all these plants, around 130 species of the Protea genus are native to South Africa.

Climate change is a major concern for South Africa.

Temperature increases could prove disastrous, as South Africa’s limited water supplies already make the land semi-arid. With temperatures expected to rise up to 4°C by 2050, scientists predict more droughts, heat waves, and wildfires to strike the region over the following decades. This phenomenon will impact not only its people and properties, but also on the local ecosystem. Now, there’s one for concerning South Africa facts.

Since the 19th Century, deforestation alone has caused major damage to South Africa’s biodiversity. In particular, this human activity destroyed the country’s only temperate forest, with only small patches left standing today.

Decades of development and overpopulation have also impacted South Africa’s forests. The introduction of invasive plant species such as the Port Jackson willow has also caused harmful competition against native species.d

Water availability is naturally a major concern in South Africa.

South Africa has few rivers, all of which have only small amounts of water. In fact, all of South Africa’s water forms combined only reach a sixth of the Nile’s total volume. While South Africa gets enough rain every year, most of it gets wasted in the annual floods.

This has led South Africa to build large dams to concentrate as much water as they can and reduce waste. South Africa also considers large-scale desalination of ocean water in the future to fight water shortages. Definitely one of the more promising South Africa facts.

With their limited supply of water, South Africa relies on free water for the basic level, while they also established water boards. The water boards manage the country’s bulk water supplies and operating pipelines, distributing water to various communities.

South Africa only has a small agricultural sector.

That said, South Africa still produces up to 19.3 million tons of sugarcane per year, as the main crop grown in the country. 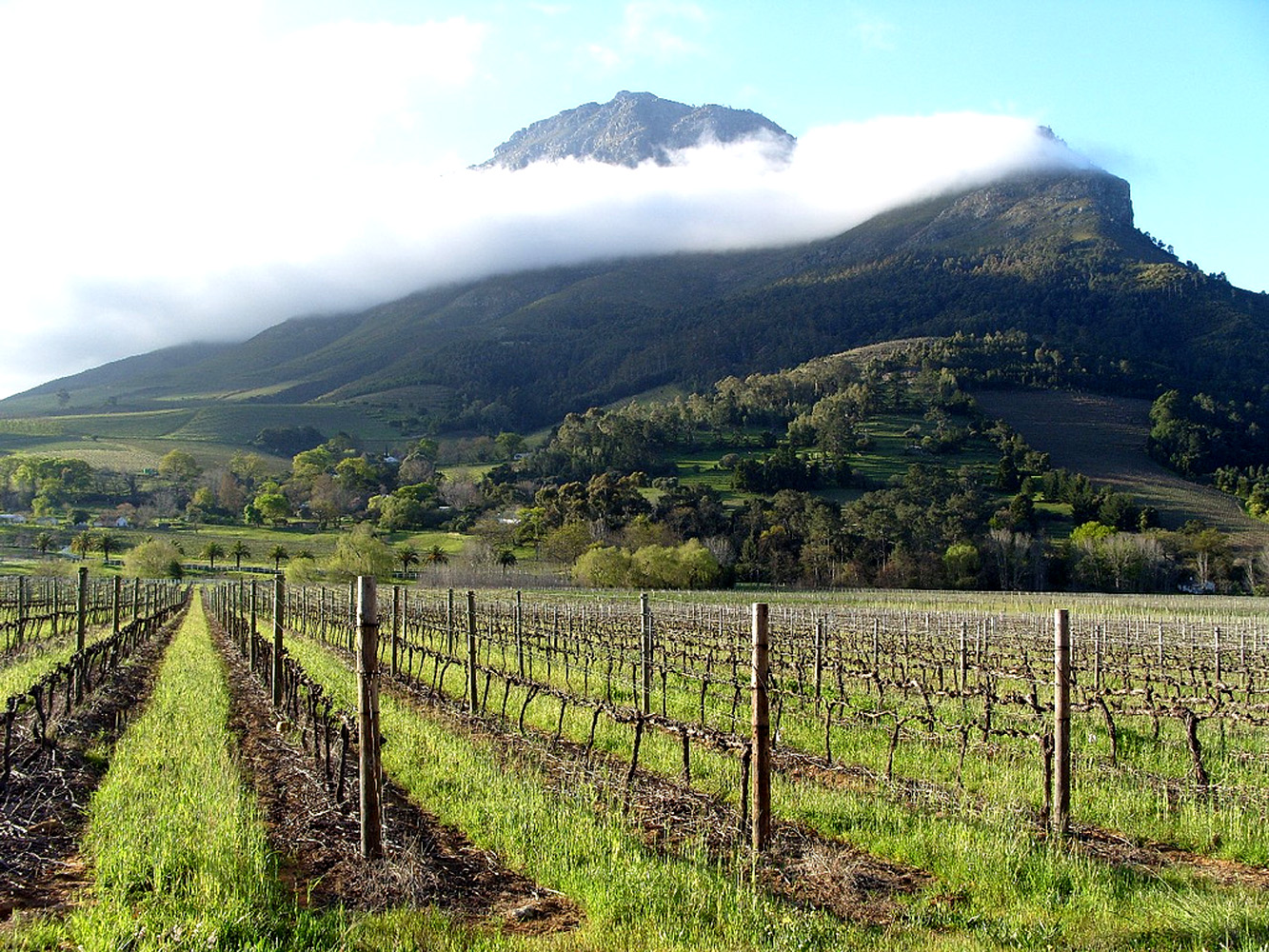 Photo by kiryna from Wikipedia

Mining makes up the most important part of South Africa’s economy.

South Africa is also the third-largest exporter of coal on Earth. Although the colonizers found diamonds as South Africa’s first natural resource, only 1% of the world’s supply comes from the country.

Manufacturing also makes up only a small part of South Africa’s economy.

Most of these vehicles go to Japan, at 29% of its exports. South Africa also produces over $2 billion worth of machine parts every year. Car companies that operate in South Africa include BMW, Ford, Nissan, and Toyota among others.

South Africa has a particularly solid telecommunications industry, with 5 different providers offering services to 20 million subscribers. This gives the country the fourth most advanced communications network in the whole world.

As of 2017, an estimated 3.5 million tourists visit South Africa in a single year. The tourism industry as a whole brings in an estimated $7 billion every year and employs 10.3% of South Africa’s labor force. Most tourists come to South Africa to see the country’s rich wildlife, while others visit its savannahs for game hunting.

South Africa has provided many firsts in science and technology.

South Africa’s Groote Schuur Hospital made history in 1967 with the world’s first heart transplant, done by cardiac surgeon Christiaan Barnard. Prior to that, Max Theiler developed the world’s first vaccine against Yellow Fever in 1937. Allan Cormack developed CT scanning in 1979, which earned him a Nobel Prize in Medicine.

South Africa has no less than 11 official languages.

Most of these languages belong to the country’s native peoples, with Zulu most commonly spoken. Other official native languages include Xhosa, Pedi, Tswana, Southern Sotho, and Swazi among others. Although Afrikaans actually derives from Dutch, English is the only officially-recognized European language in South Africa.

Some of the world’s oldest art pieces come from South Africa.

Prehistoric art from South Africa goes as far back as 75,000 years ago, mainly in the form of cave inscriptions. The Khoisan peoples from around 10,000 BC also made a lot of cave art, as did the later Bantu and Nguni peoples. Definitely one for historic South Africa facts.

Both result from a mix of influences that include not just European cuisine, but also the cooking styles that Asian slaves brought with them from the east. Cape Dutch cuisine in particular makes extensive use of spices, such as nutmeg and allspice among others. In contrast, Cape Malay heavily features spicy curries, including a wide variety of fish dishes.

Essentially made from minced meat, bobotie is cooked with spices and finished with an egg-based topping. The spices used in bobotie include curry powder, which gives the dish’s flavor a unique twist. Bobotie is also unique to South Africa, making it the closest to the country’s national dish.

Bunny Chow is another unique example of South African cuisine.

Created by Indians residing in Durban in in the 1940s, the dish quickly became popular across the country. The fairly simple dish uses a hollowed-out loaf of bread filled with curry. Now, there’s one of the South Africa facts you’d want to taste for yourself.

South Africa has its own unique version of beer.

The natives made it long before the first Europeans arrived in South Africa, with beer having an important place in the natives’ societies. Special occasions like weddings had beer as the traditional drink, also offered as a special gift for certain events.